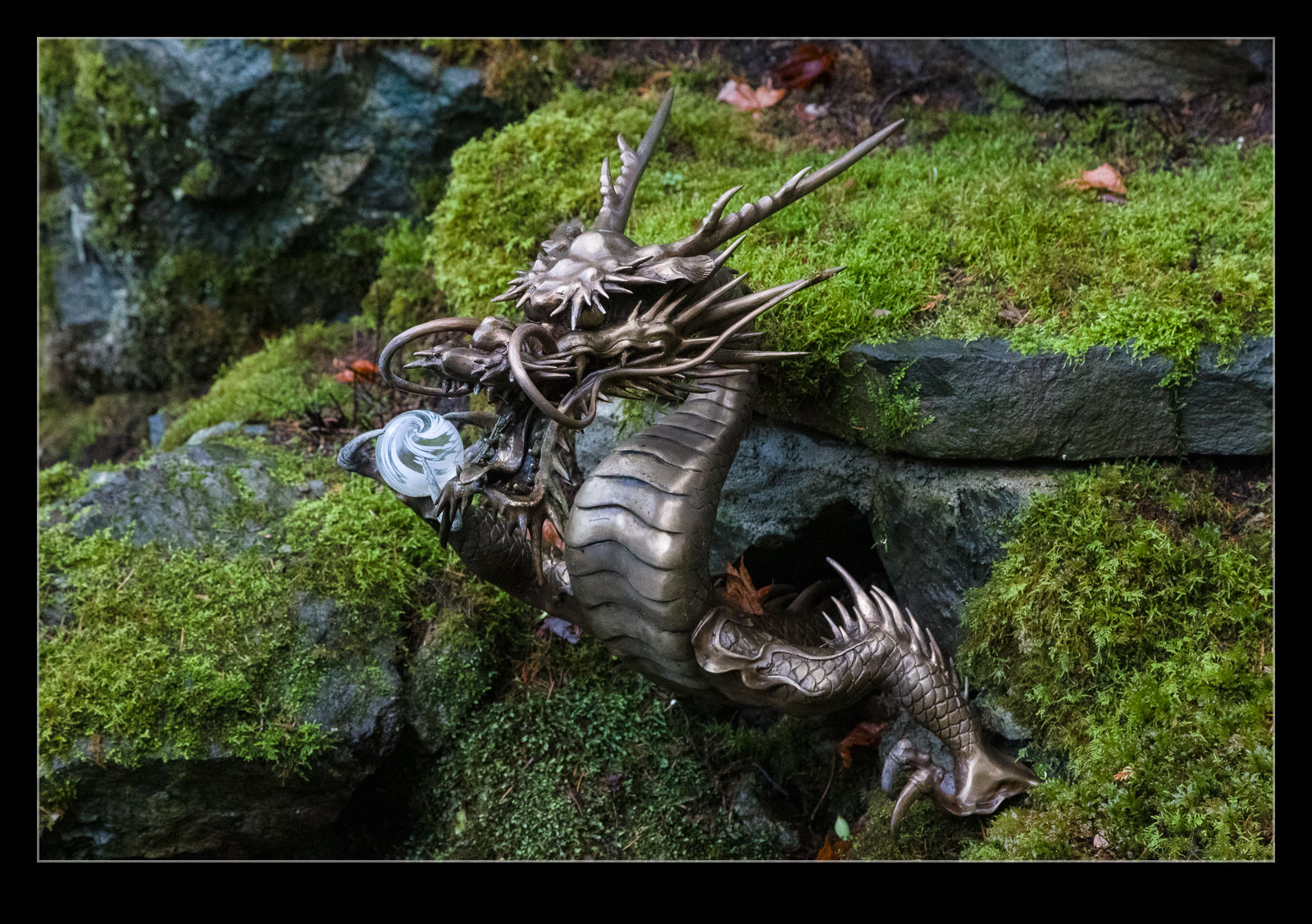 Our visit to Butchart Gardens was focused on the lights but we got their before the sun went down and explored the Japanese garden.  It was closed for the lights event so this was the only time to check it out.  The gardens as a whole were quite quiet so it was peaceful wandering around the plants, across the bridges and around the water features. 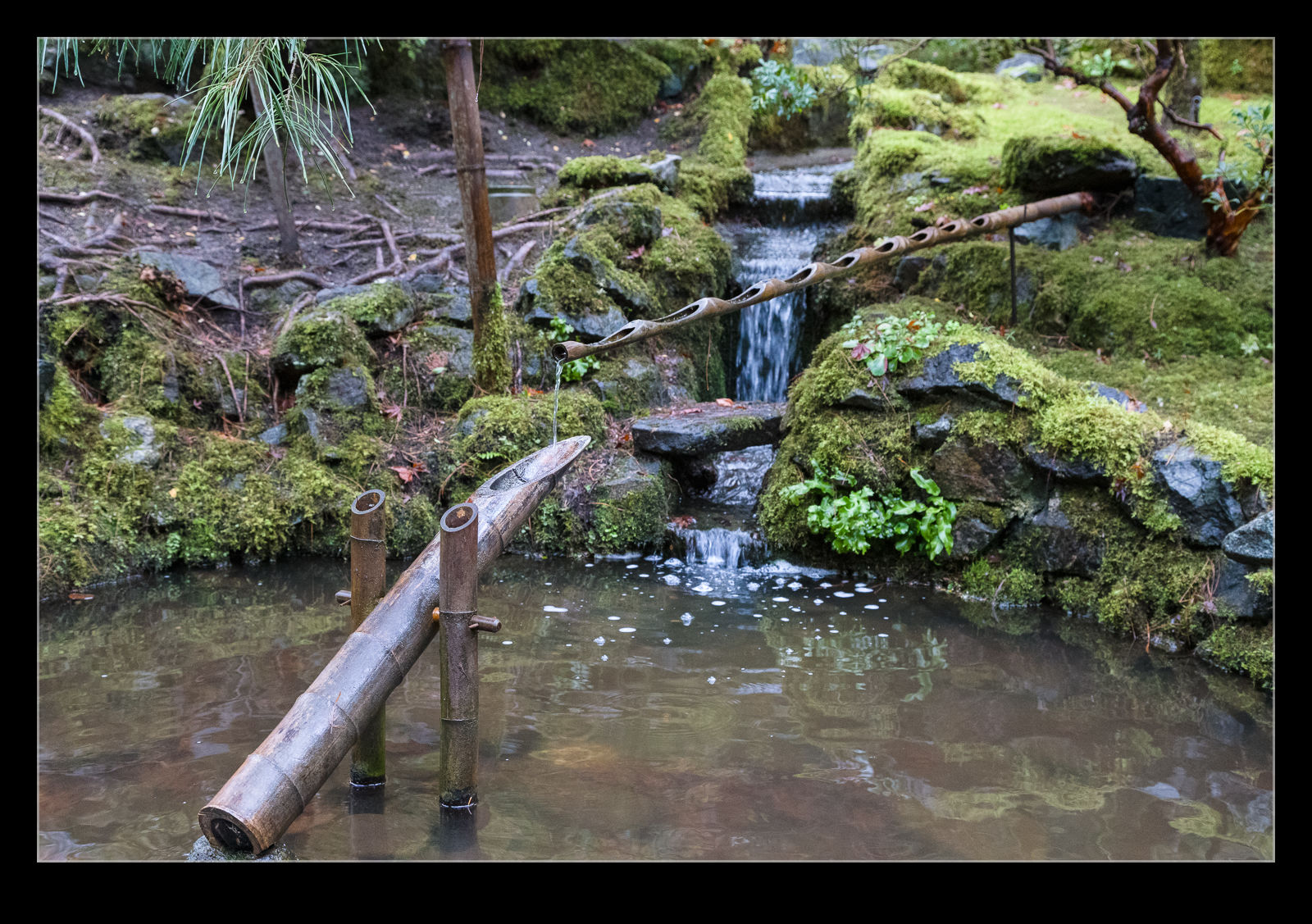 There was a device for scaring wild boar.  It was a water clock which would gradually fill with running water at which point it would overbalance, tip out the water and then fall back making a noise designed to startle any passing wild boar.  I was particularly interested in some branches for one of the plants that were twisted into some bizarre patterns.  I couldn’t make out whether this was natural or not but, if it is, I do wonder what the purpose would be. 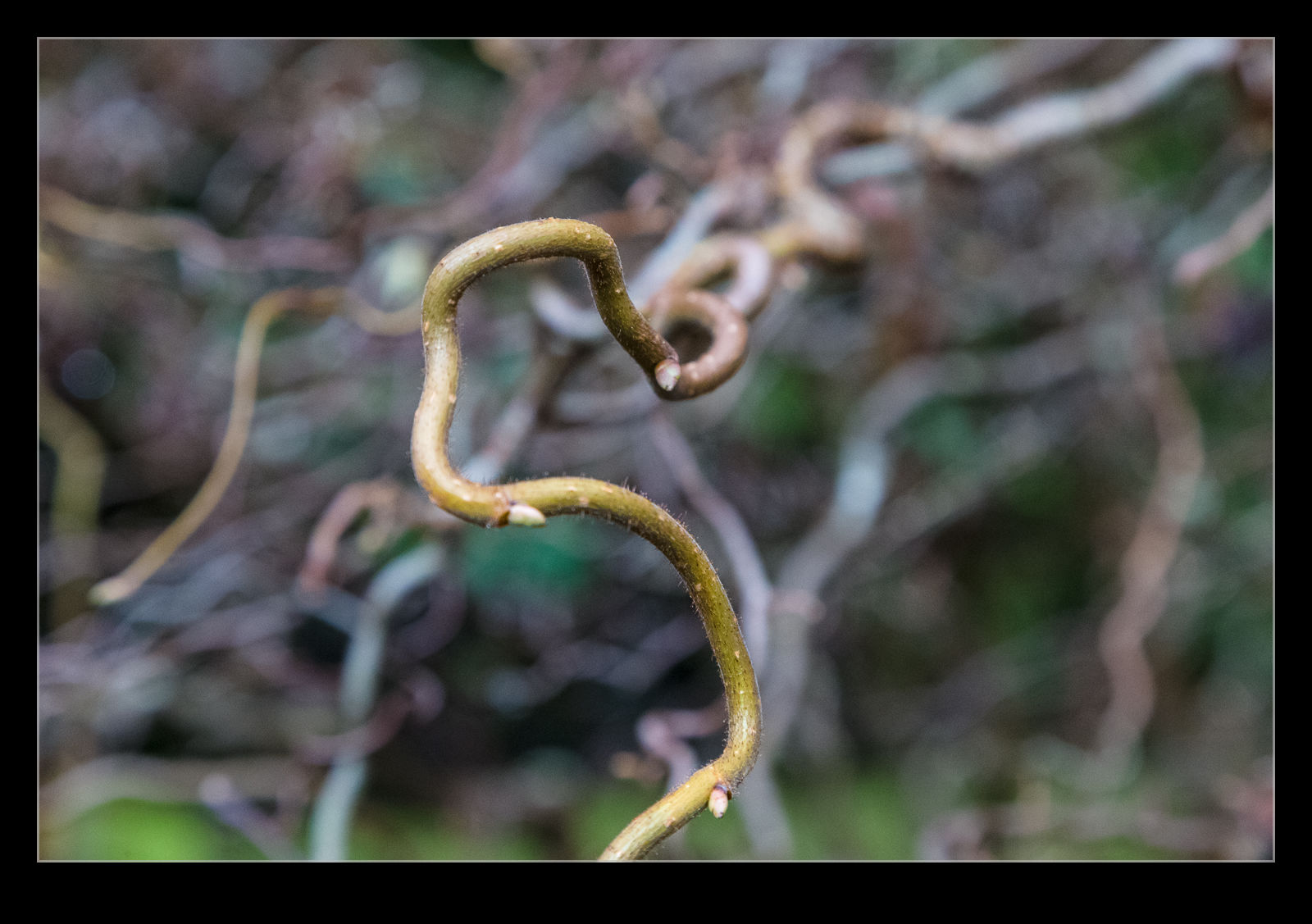 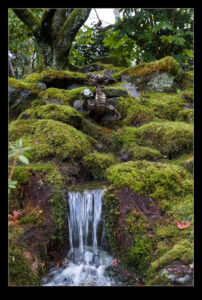 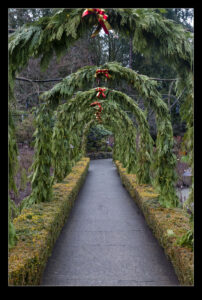 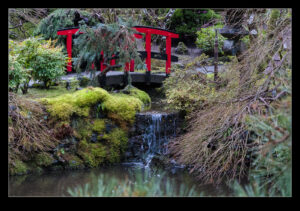 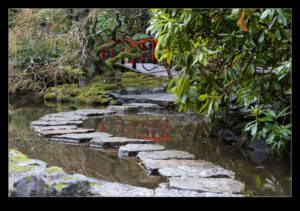 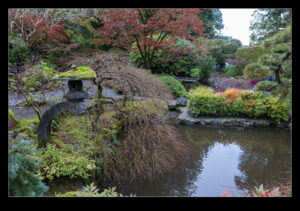 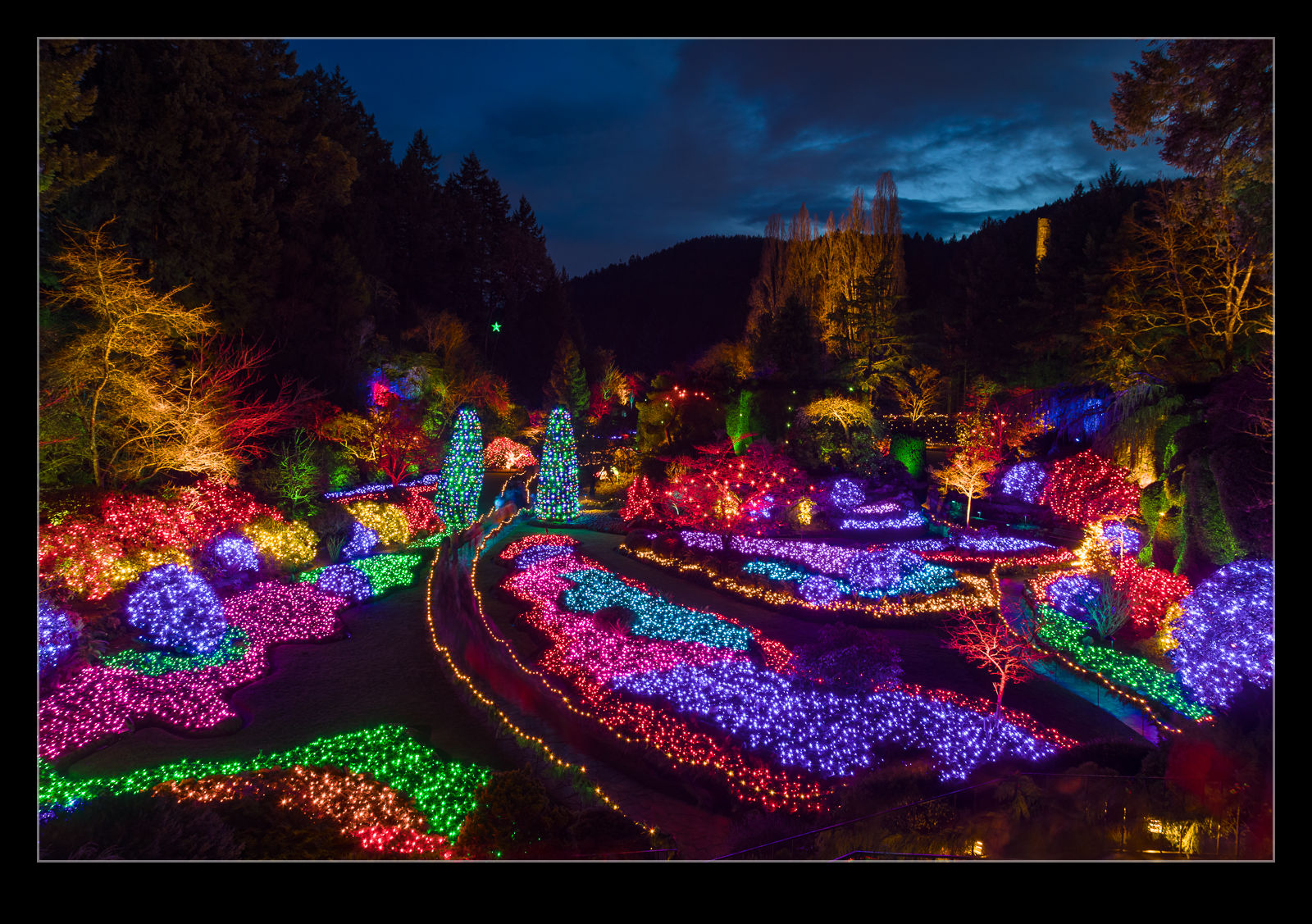 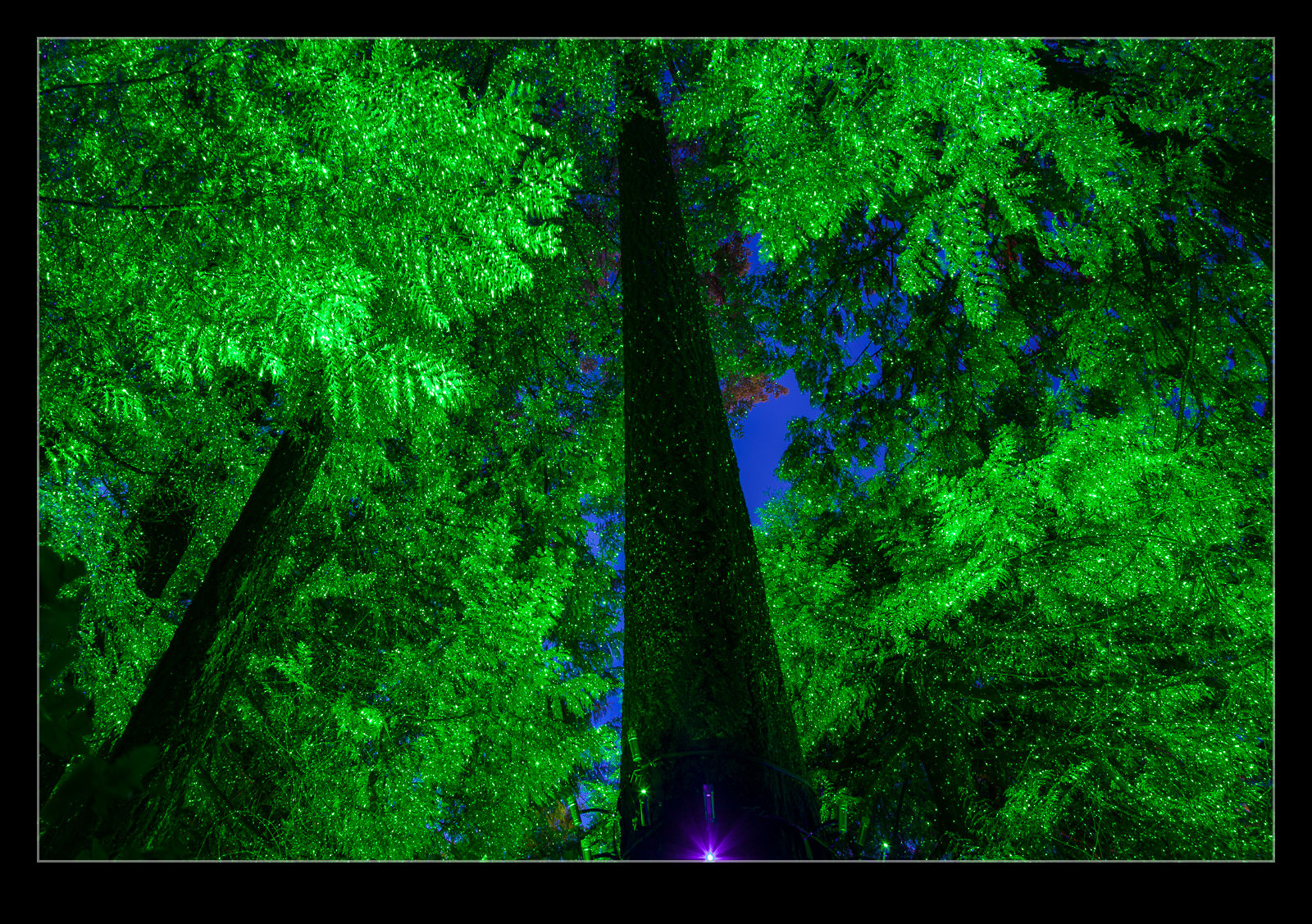 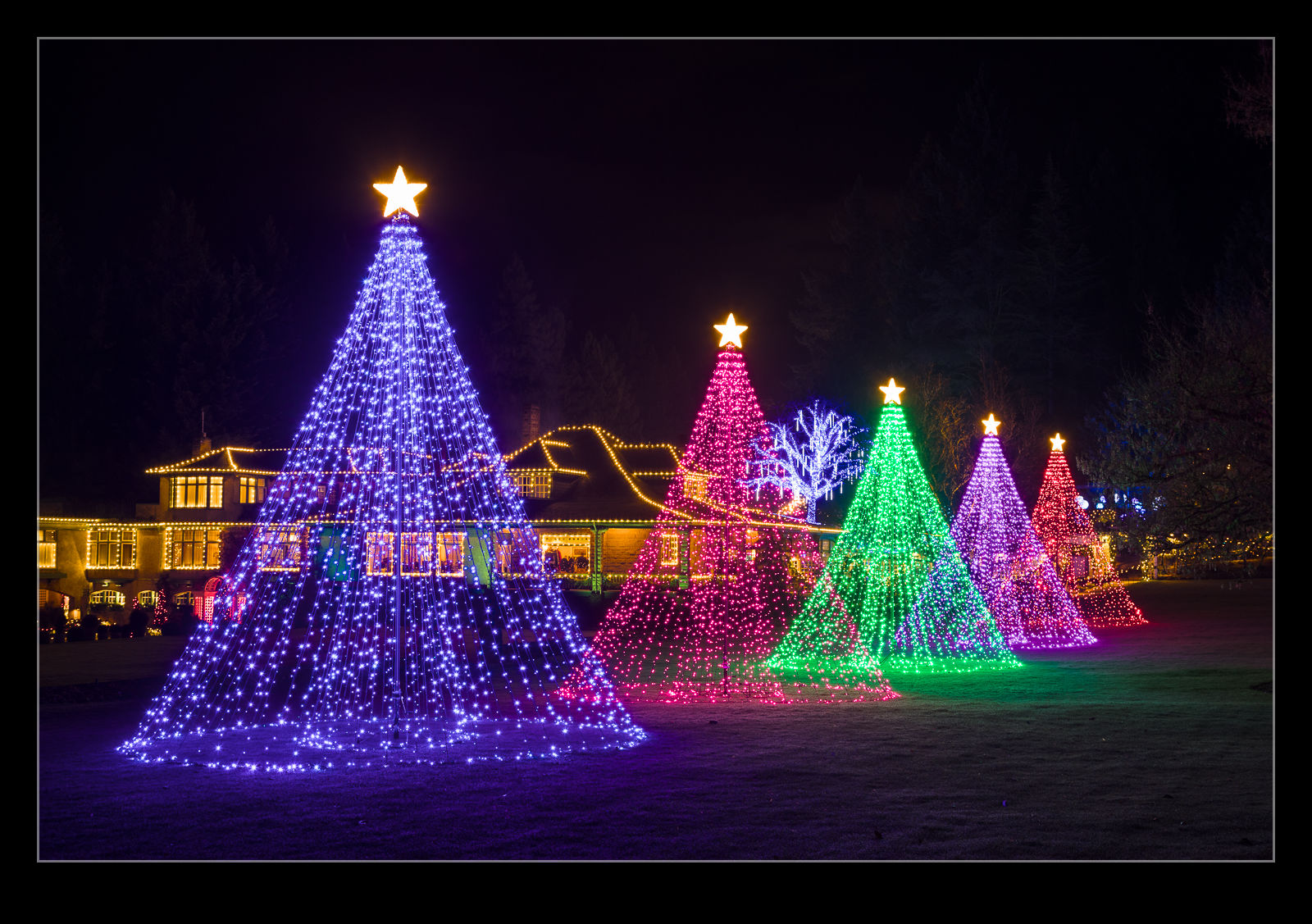 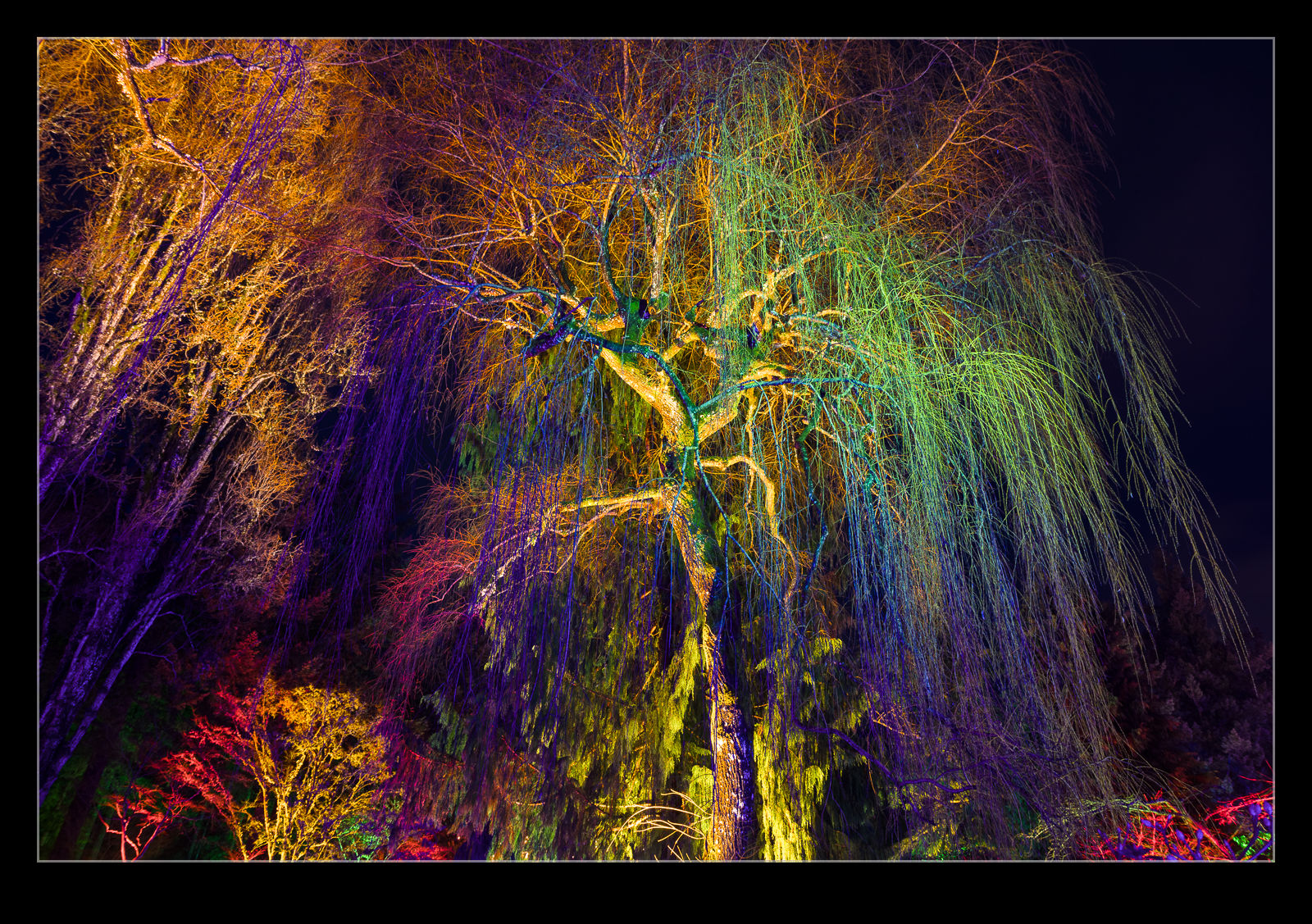 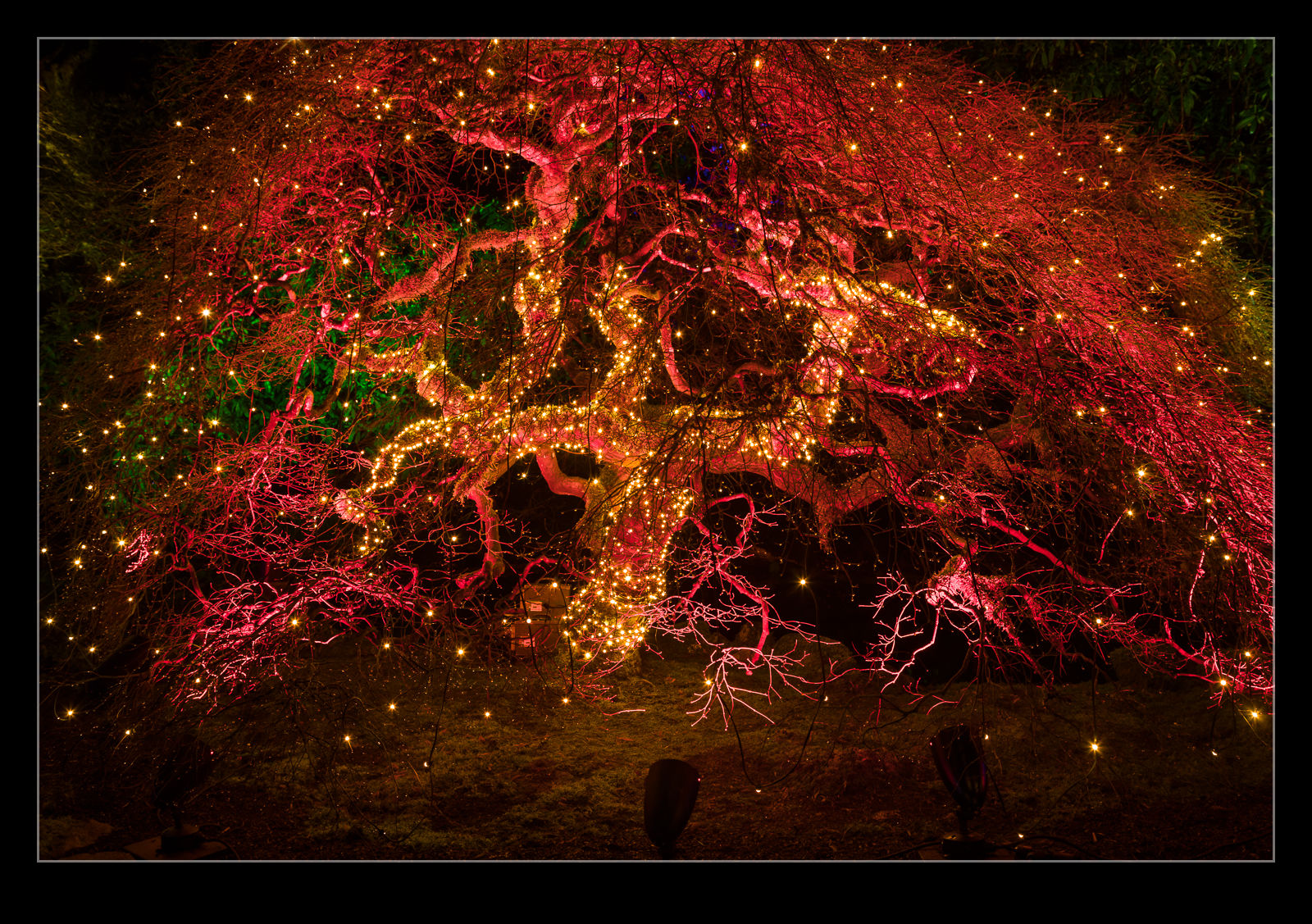 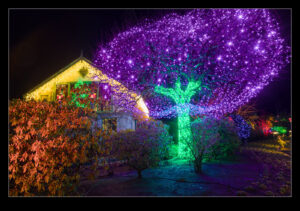 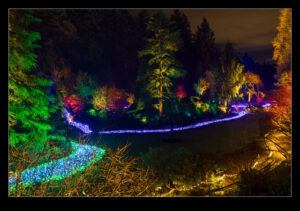 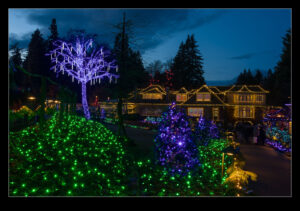 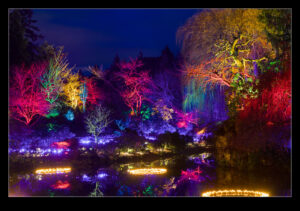 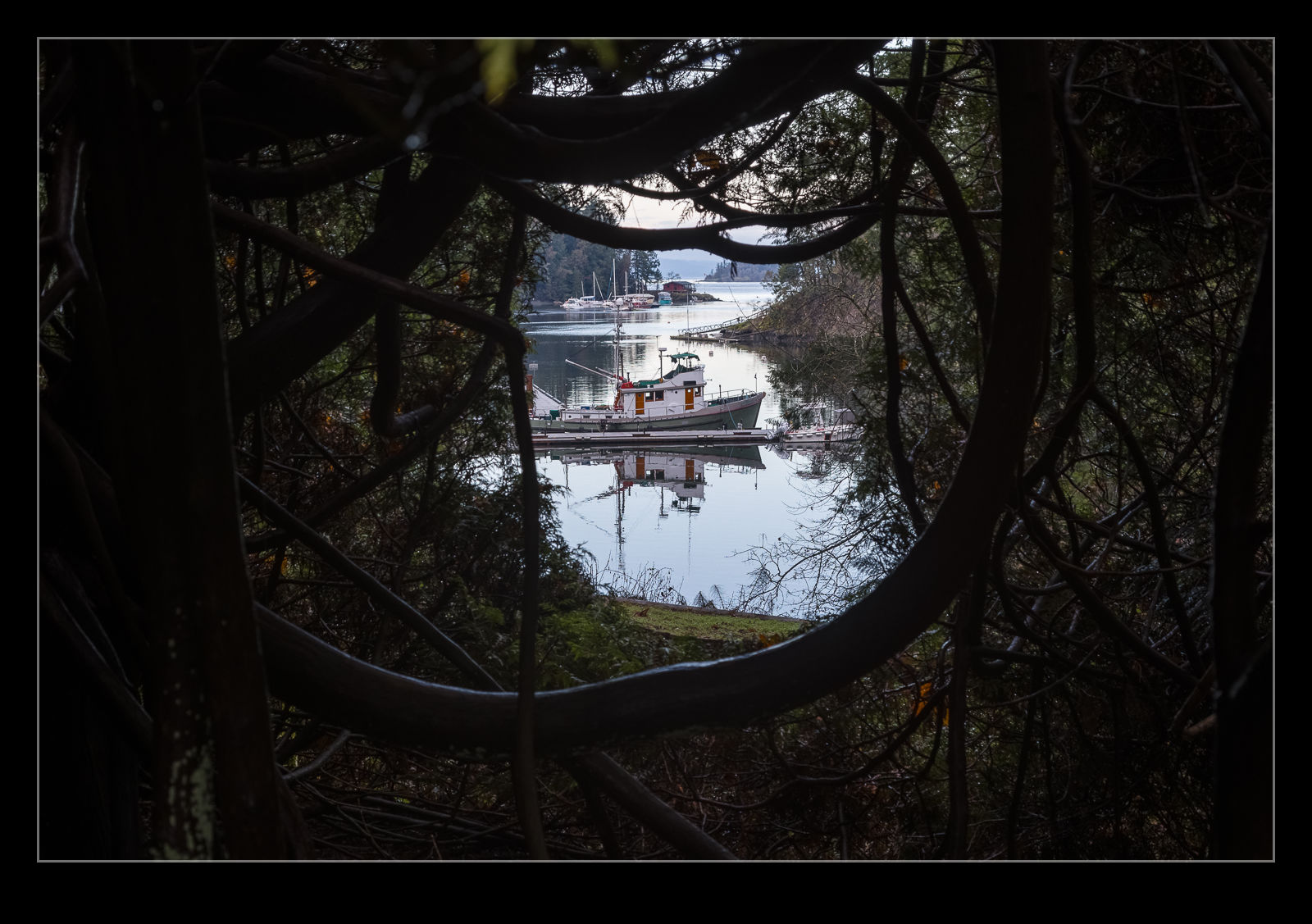 Just before Christmas we made a trip to Vancouver Island to see Butchart Gardens at night with their illuminations.  We got there before the sun went down and took a stroll through the Japanese Garden, a section that is closed for the night event.  At the bottom of the garden, you come to Butchart Cove.  There was a hole in the trees that provided a very predictable but worthwhile frame for the view into the cove.  I decided to go for HDR for the shot given the extreme range of light between the shady trees and the exposed cove.