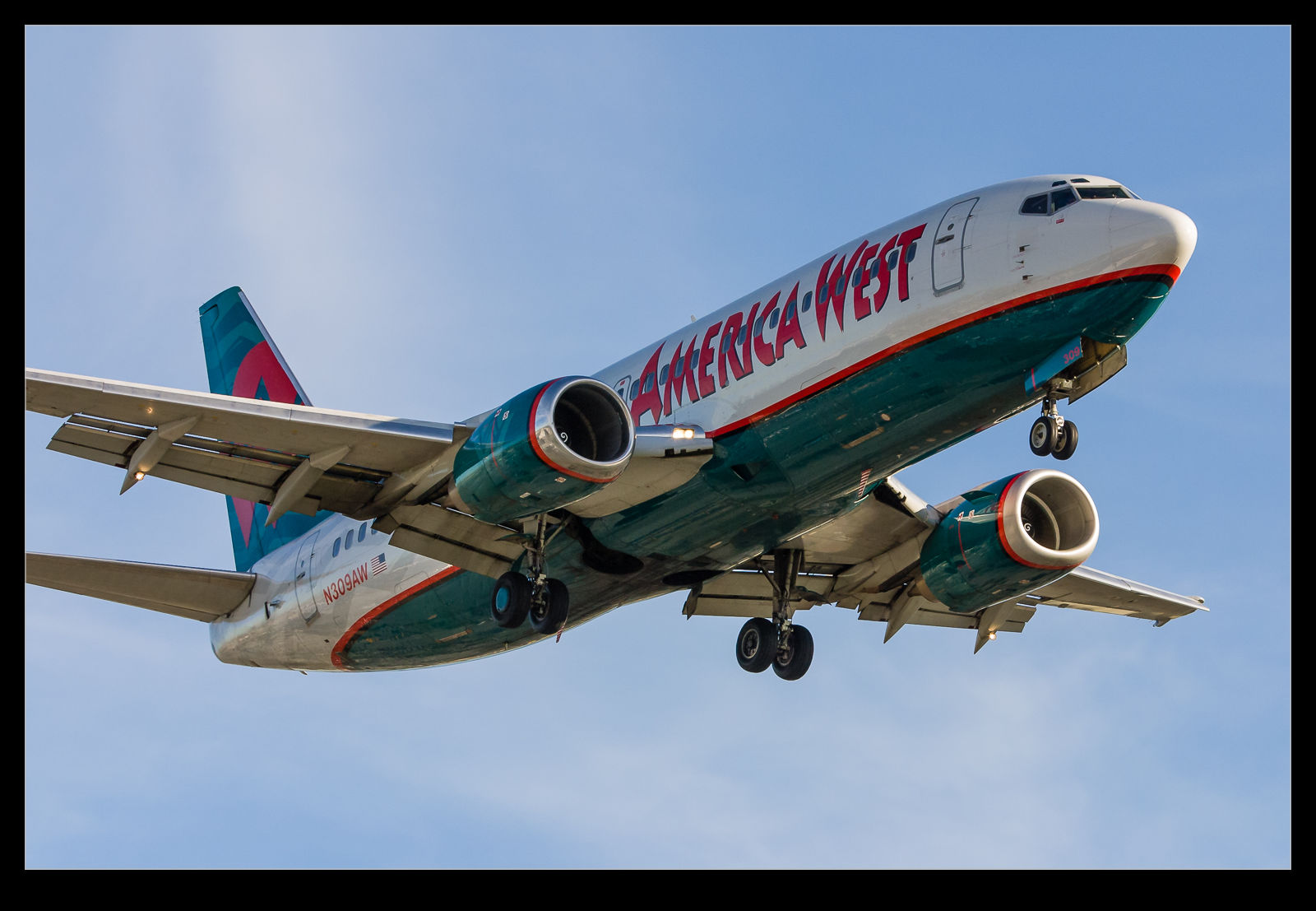 In the saga of mergers that have characterized the US airline industry over the decades, plenty of airlines have disappeared – subsumed into a larger merger partner.  One such airline is American West.  I was looking for some old shots for another project and came across a bunch of shots of this airline.  It merged with USAir and then ultimately into American Airlines.  It had a more interesting color scheme than is usually the case these days so I figured I would pop a few shots of their jets into a post. 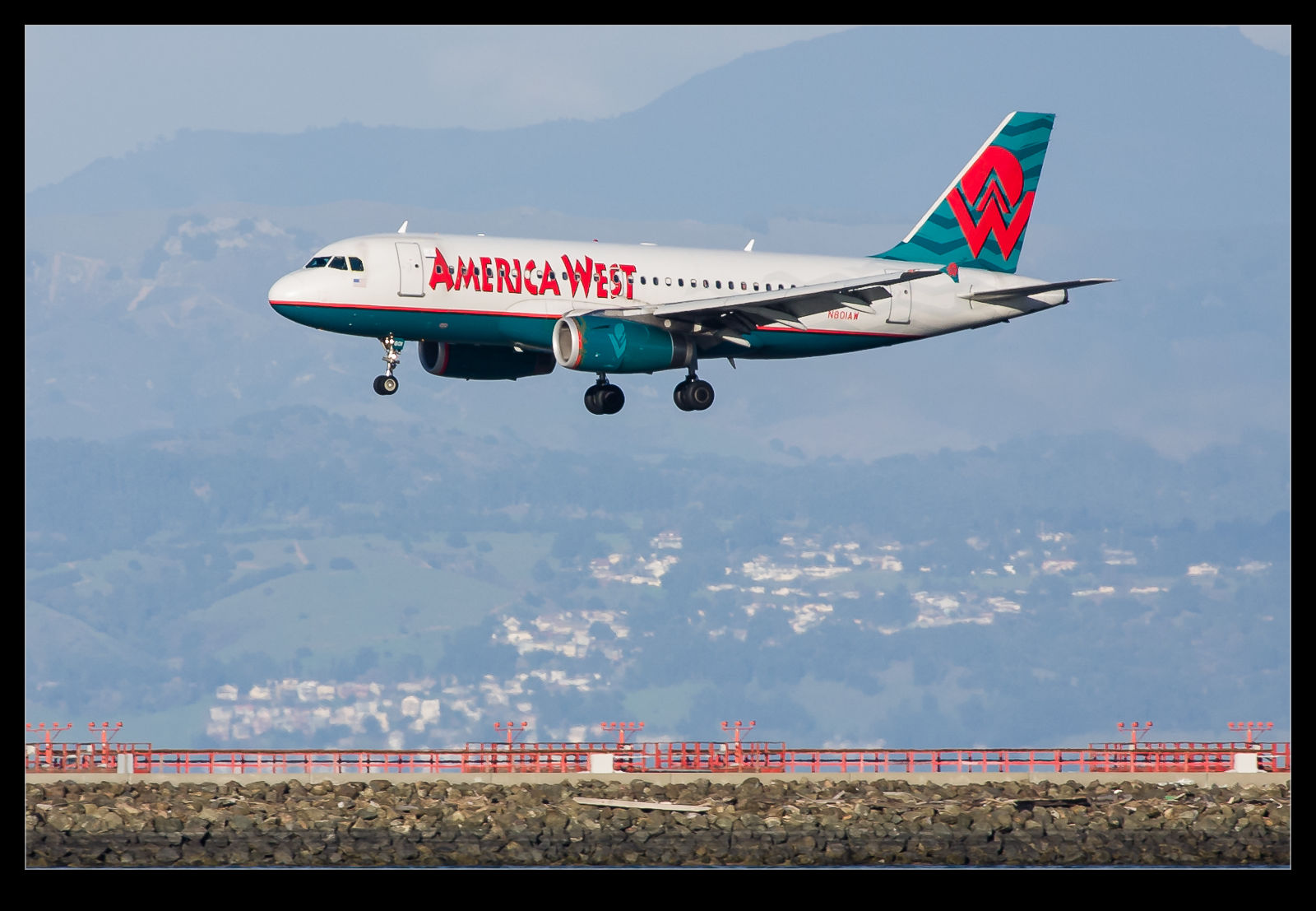 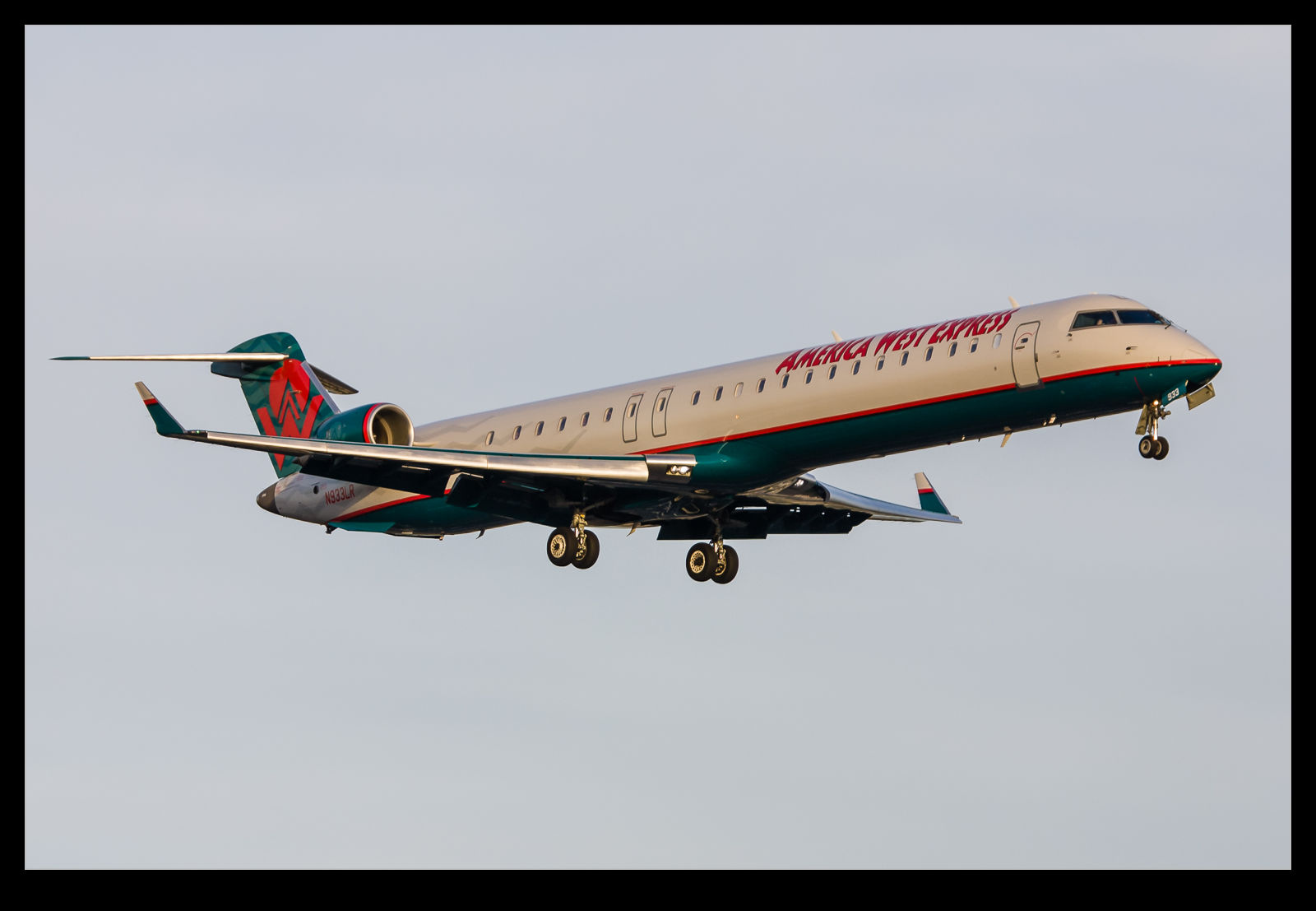 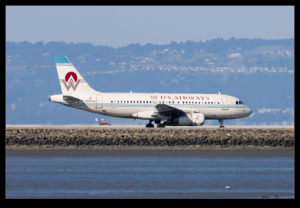 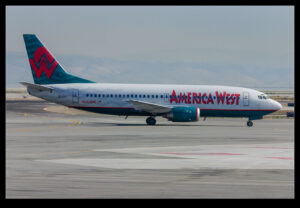