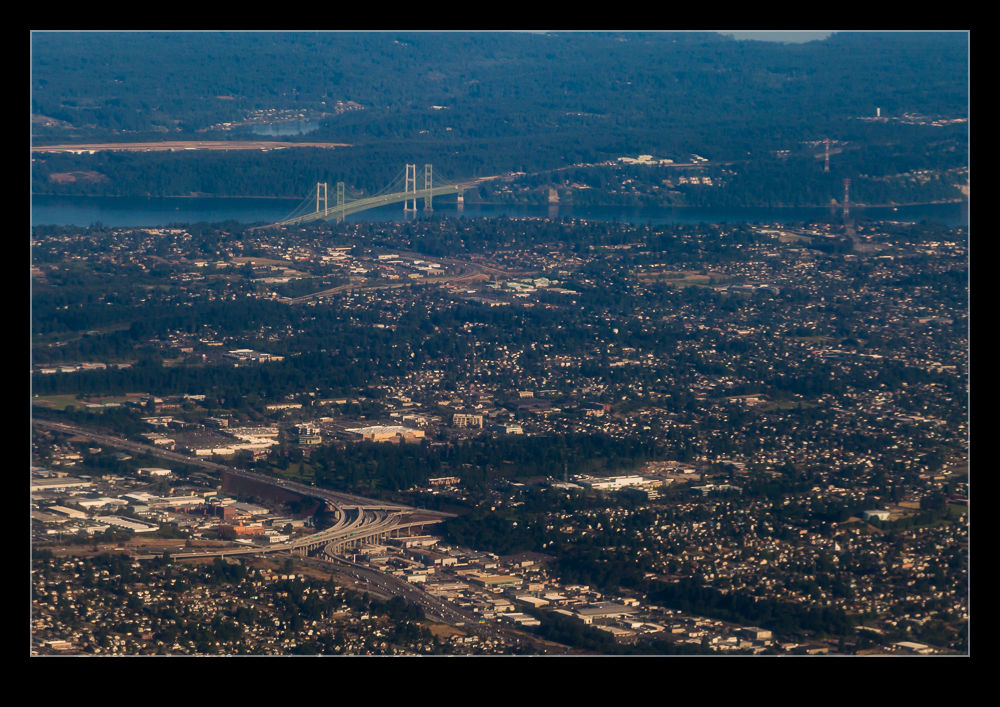 Any engineering student will be familiar with the Tacoma Narrows Bridge. Built in the early part of the twentieth century, this bridge was susceptible to wind induced oscillations which, in certain conditions could set up a resonance condition. Not too long after it was completed, this got out of hand and the bridge bucked and twisted in dramatic fashion until the materials could take it no longer and the structure disintegrated crashing down into the water below. If you want to see this because you are unfamiliar with it (or because it never gets old watching it), the video below will show you what happened.

The bridge was rebuilt and has lasted since that day although it could no longer manage the volumes of traffic so was joined by a second bridge alongside it relatively recently. I have been over both bridges. However, as we flew past Tacoma, I could see them off in the distance. No great architectural photos here but just something for you engineers out there!