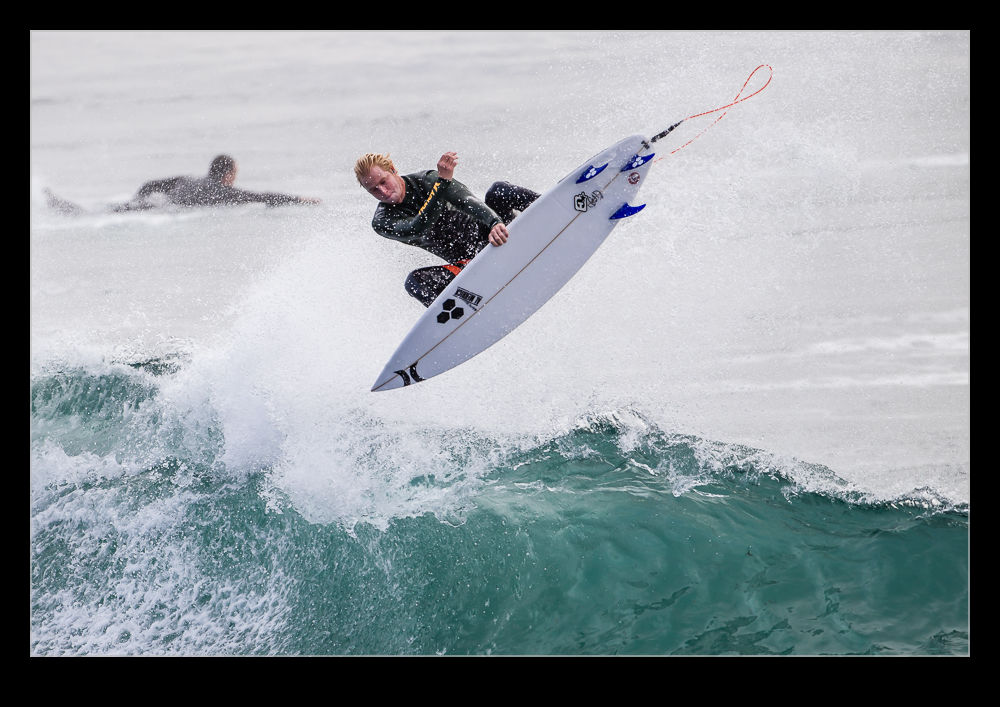 I will freely admit that I am a lucky guy.  There are plenty of times when I can say that things have worked out well when there was no good reason for them to do so.  One such occurrence was a recent trip to Santa Cruz.  This was not intended to be a long stop but I was heading by en route to something else and I wanted to pay another visit to the overlook to Natural Bridges State Beach which has a large colony of pelicans.  I had been there before as described here and was hoping to get some better light for another chance to get some shots.  As it worked out, the weather was not to clear when I arrived and then I discovered that the pelicans were amazingly absent and the rocks were covered in cormorants instead.  (No bad thing if you like cormorants as I do but that wasn’t why I was there.) 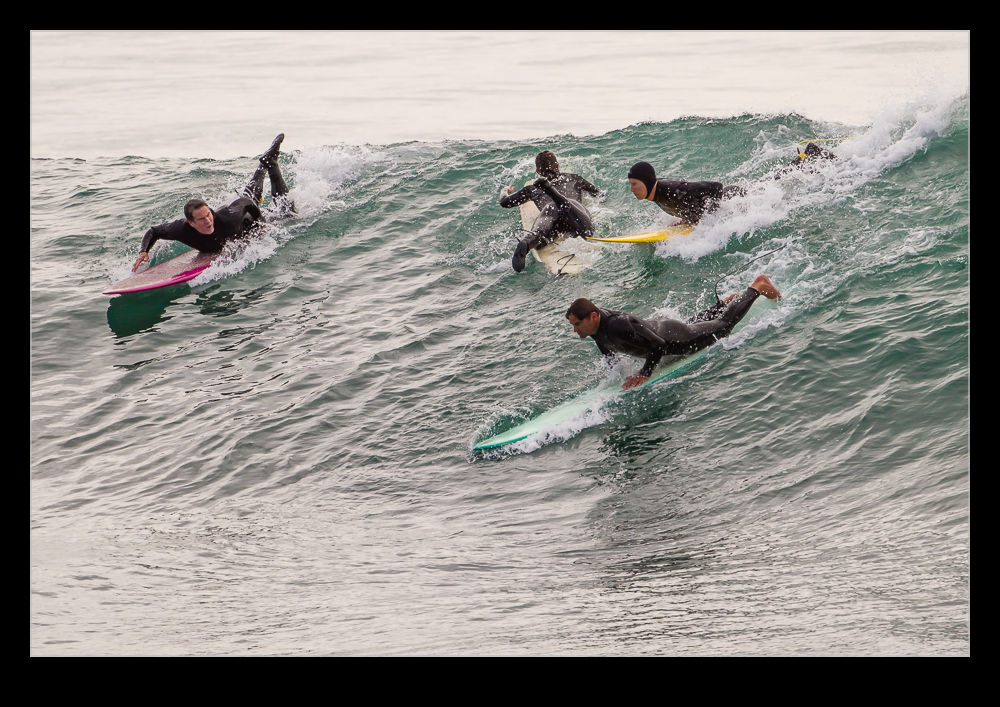 So, we turned and headed along the shore for a while and what should we come across?  A surfing competition.  We had watched the surfing here before but having a competition combined with a decent swell from recent offshore storms meant the there were a lot more surfers out and they were of a pretty high caliber.  The plan was not to be here too long but we couldn’t resist catching a bit of the action.  Finding a parking space was a bit harder due to the popularity of the event but we found a spot and walked along to catch some action.  Some of the juniors were competing while we were there.  The commentary from the event organizers was hilarious as they discussed the “squids” and some of them were surfing very well.  Meanwhile, a lot of the locals were also out enjoying the conditions.  I liked the idea that passersby could be in there with the competitors.  It seemed a bit like playing football on the side of an NFL game! 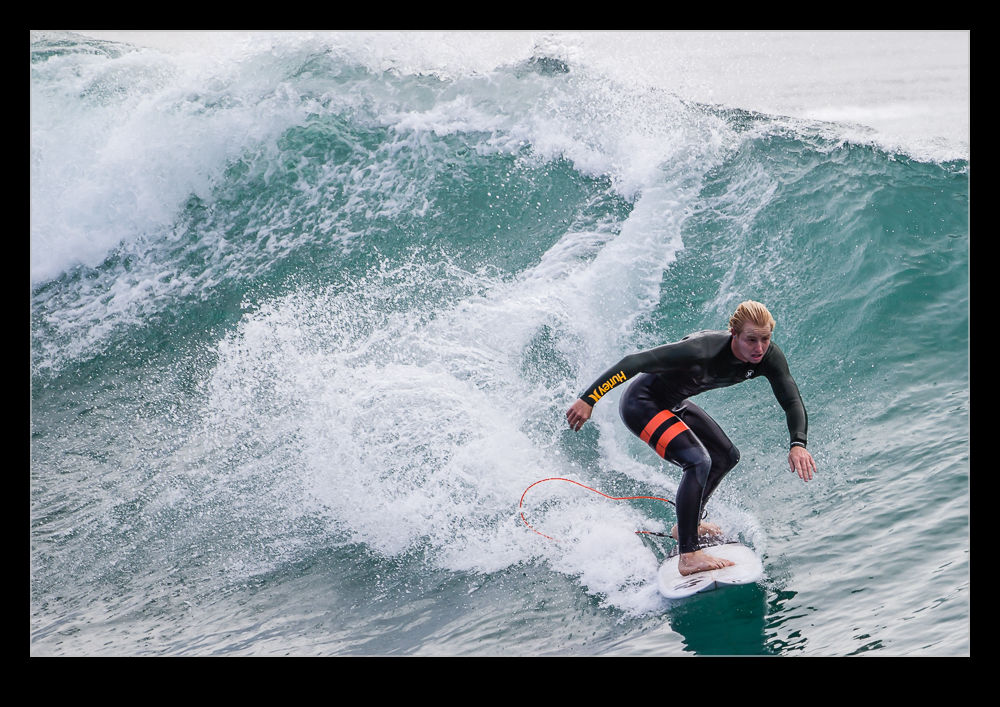 The surfers could go either left or right the way the waves were breaking so we sometimes had them coming right at us which was cool.  Watching them all trying to catch the wave as it came through and seeing who actually got up was good fun.  One guy was out on his paddle board and he really did get some speed up as he surfed back in.  As a lucky add-on to the day, this was certainly worthwhile.