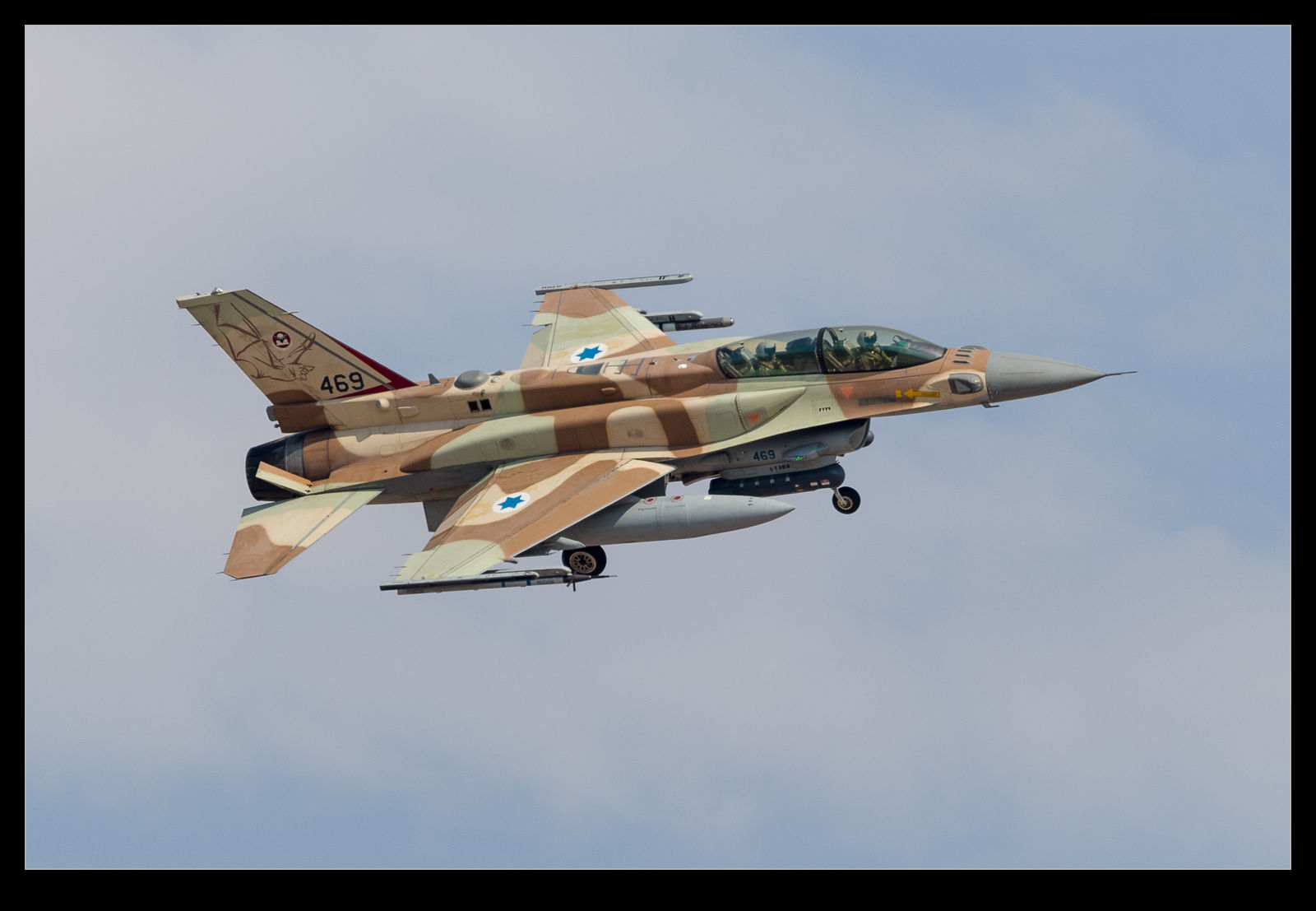 One of the big attractions of Red Flag 16-4 was the appearance of the F-16I jets of the Israeli Air Force.  The Sufa is a variant of the F-16 that incorporates the conformal fuel tanks and a lot of local Israeli electronic equipment.  In the days before I was there, the jets had been landing on the left runway which meant they broke away from the photographers and landed a fair distance away.  When I was there, things changed. 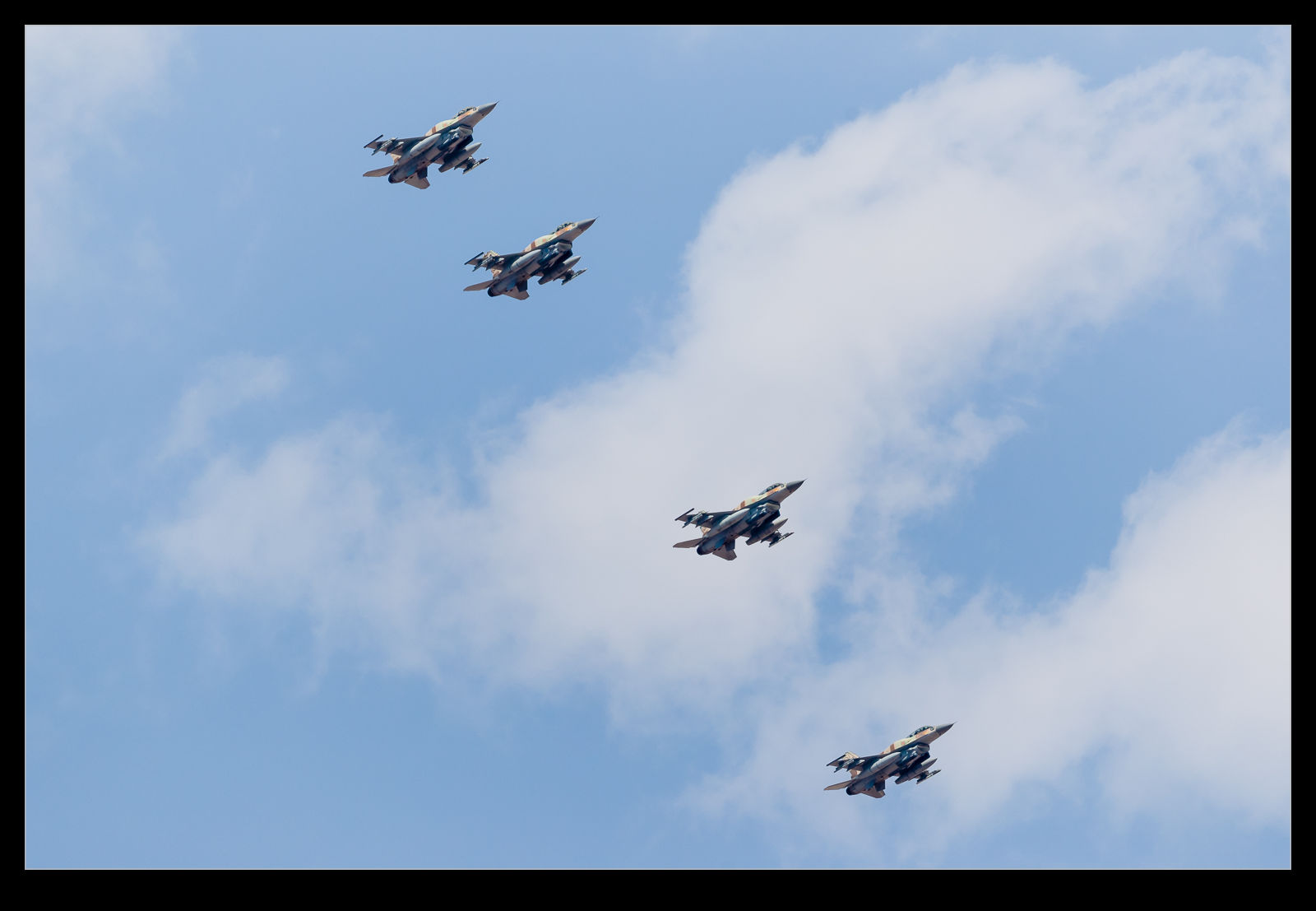 They started to come in with a right break for the right runway.  This was really good news.  It makes getting shots of them a lot easier.  They didn’t fly very tight patterns so they were a little far away on the final turn but it was still better than if they went left.  The departures were mainly from the far runway so they were a bit far then but it was still a good result for me. 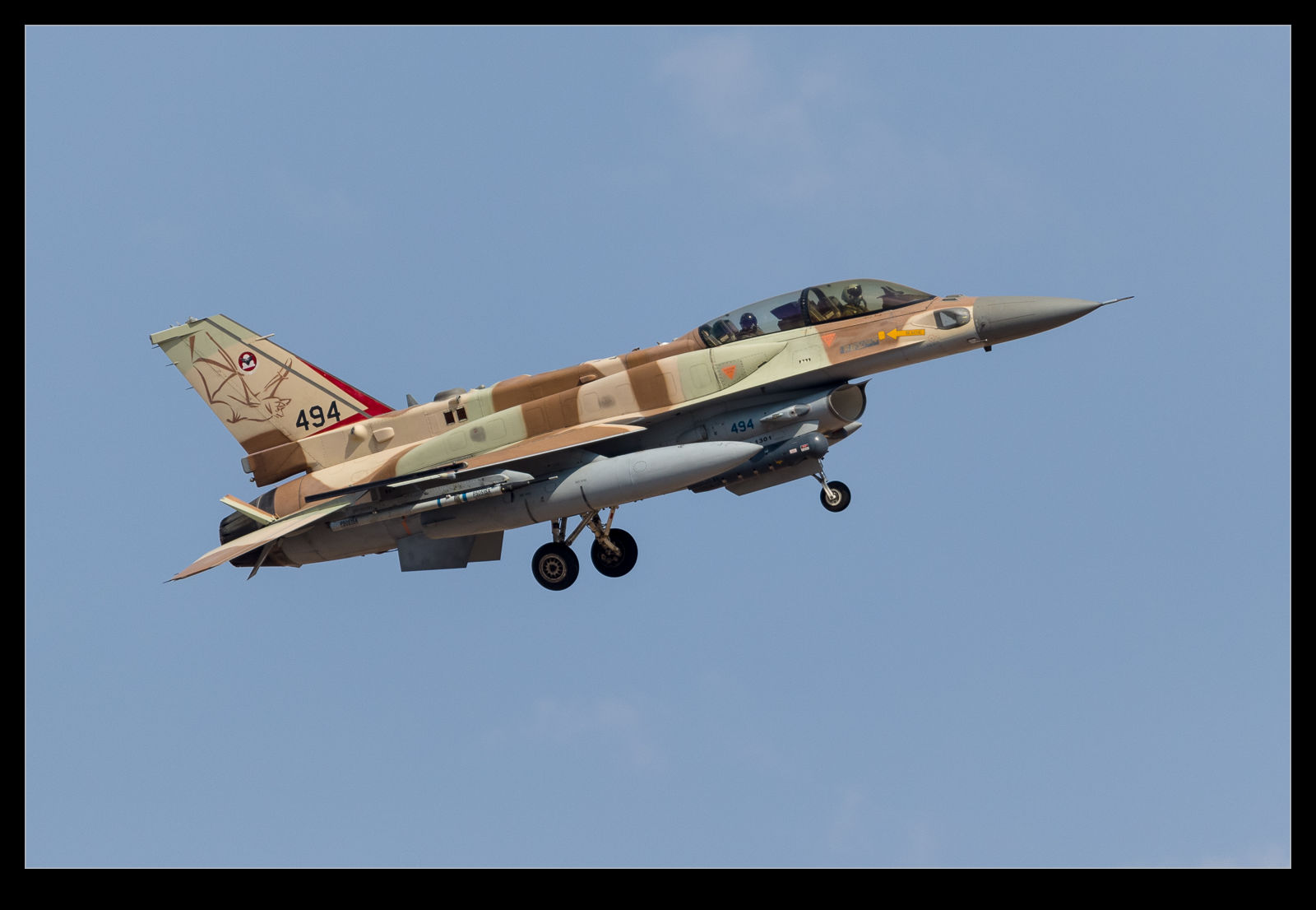