San Francisco Bay is hugely popular with birds.  One place that they like a lot is the area near to the airport.  Birds and planes do not normally mix well but, despite the large numbers of each, they seem to coexist here okay.  As the tide goes out, the mudflats that are exposed are a great feeding ground for the birds.  They cover all sizes too. 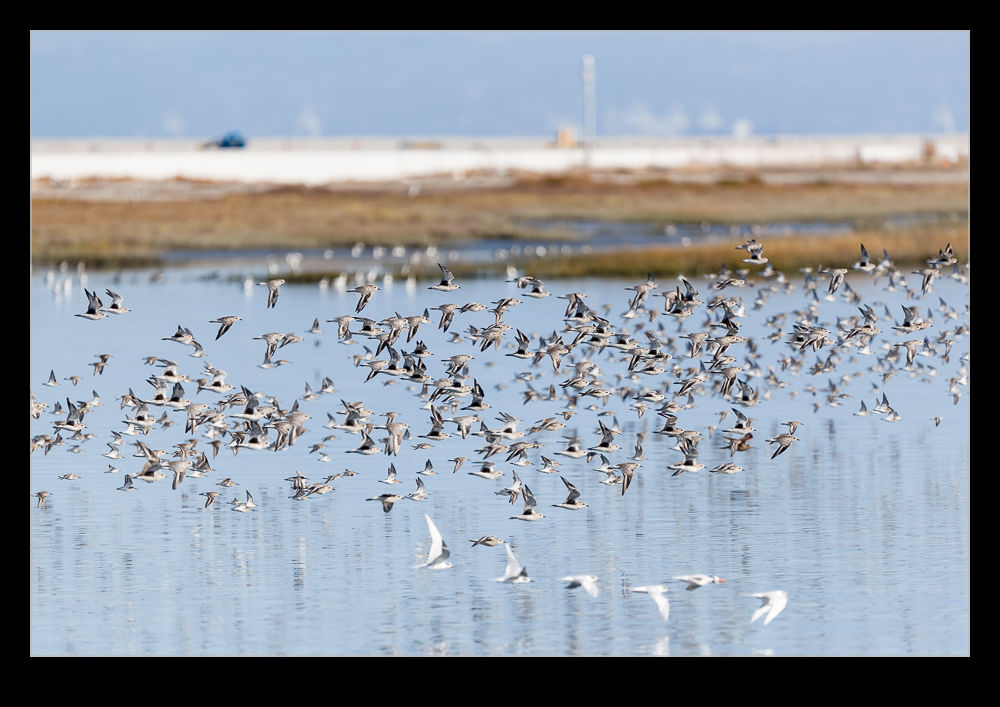 At the top end of the size range are the pelicans.  They like to feed in the shallows when the fish are relatively easy pickings.  They do stay away from the runways so don’t seem to be a problem (although a pelican would certainly not be a good thing for an airliner).  The smaller birds are less of a threat individually but they tend to flock in huge numbers. 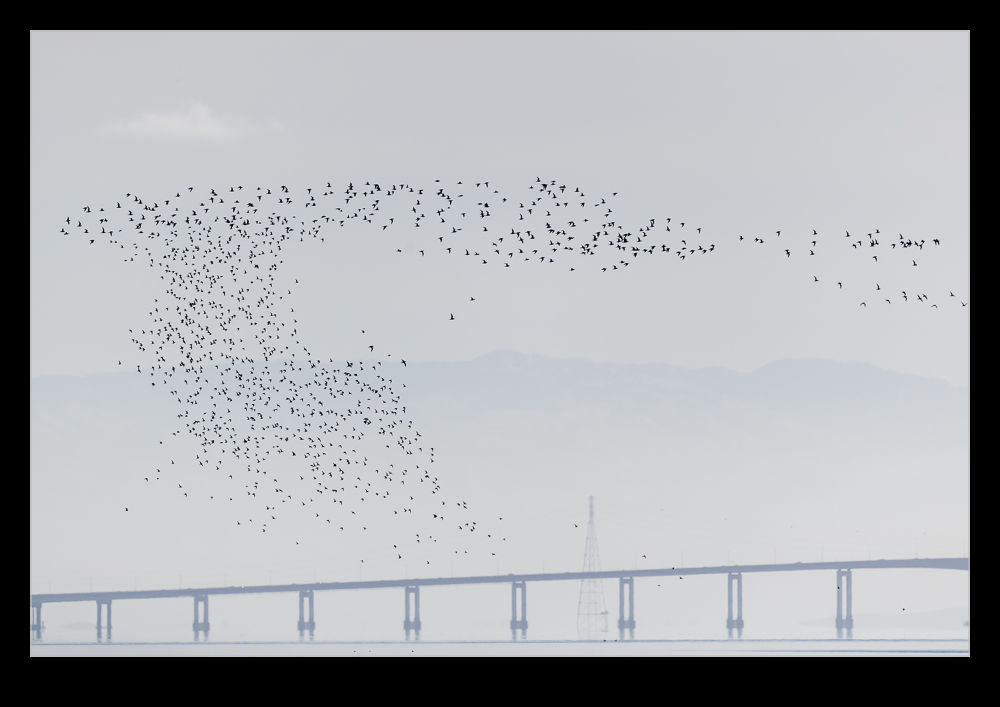 I saw a bunch of them flying not too far from the 01 runways.  Again, they stay over the mudflats so don’t present a problem.  In the opposite direction, there were some rather large flocks circling over the water.  While not as large as murmurations of starlings, they were some pretty big groups.  They also would move in a similar way with the whole thing looking very fluid from a distance. 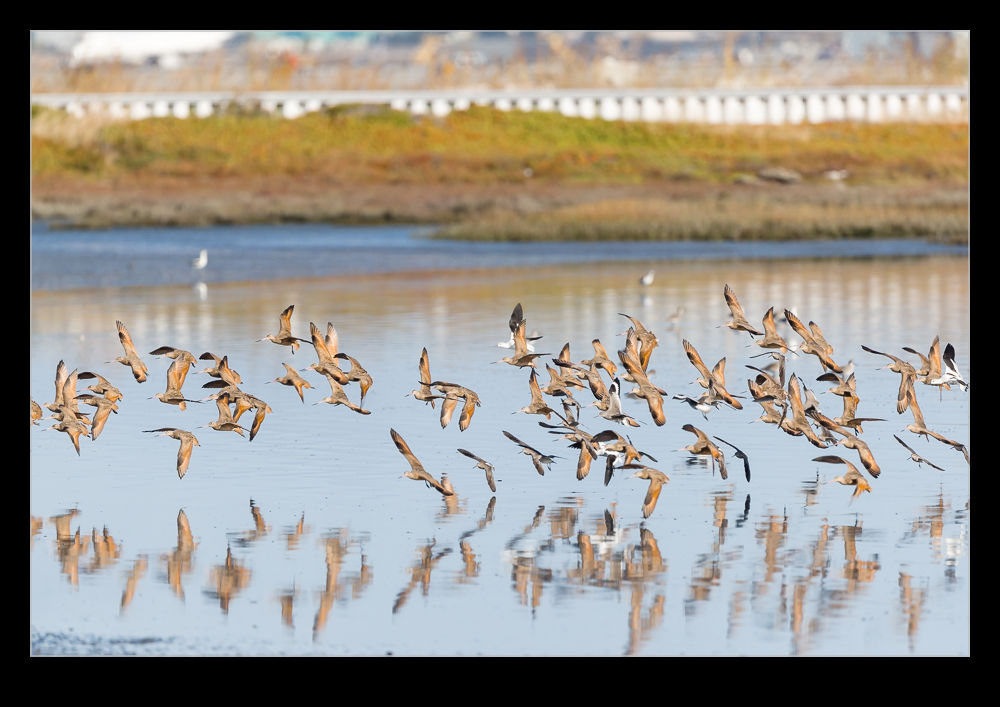