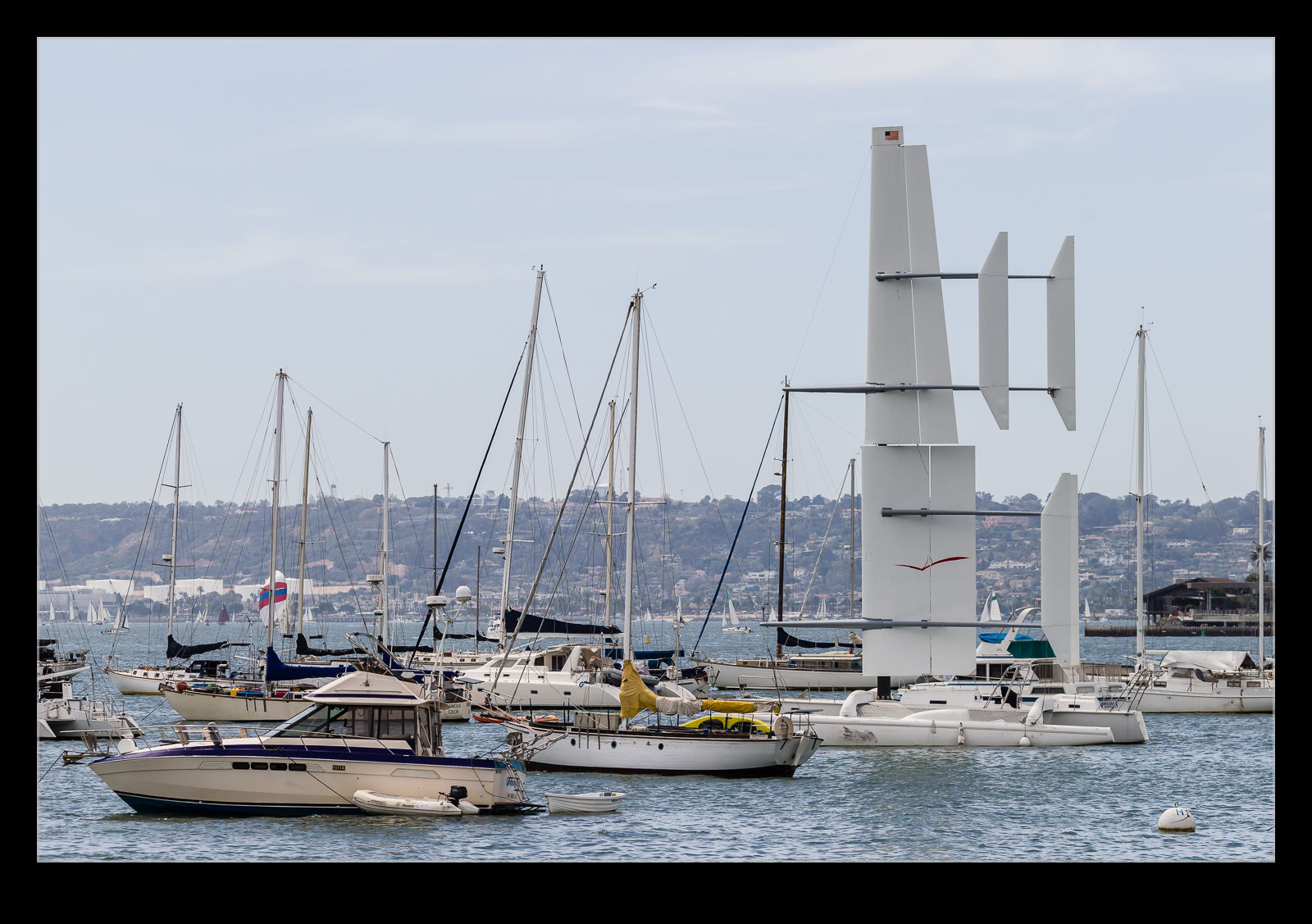 As we were driving along the harbor in San Diego, I saw something odd in the marina area. We doubled back and found somewhere to park so I could investigate further. It was a sailing boat which had an airfoil style of mast as opposed to a normal mast with rigging for sails. The wing section appeared to be in multiple parts which, I imagine, would provide a greater degree of control. Since the boat was moored, we didn’t see it in action so I have no idea how well it performs but it certainly looked pretty interesting.