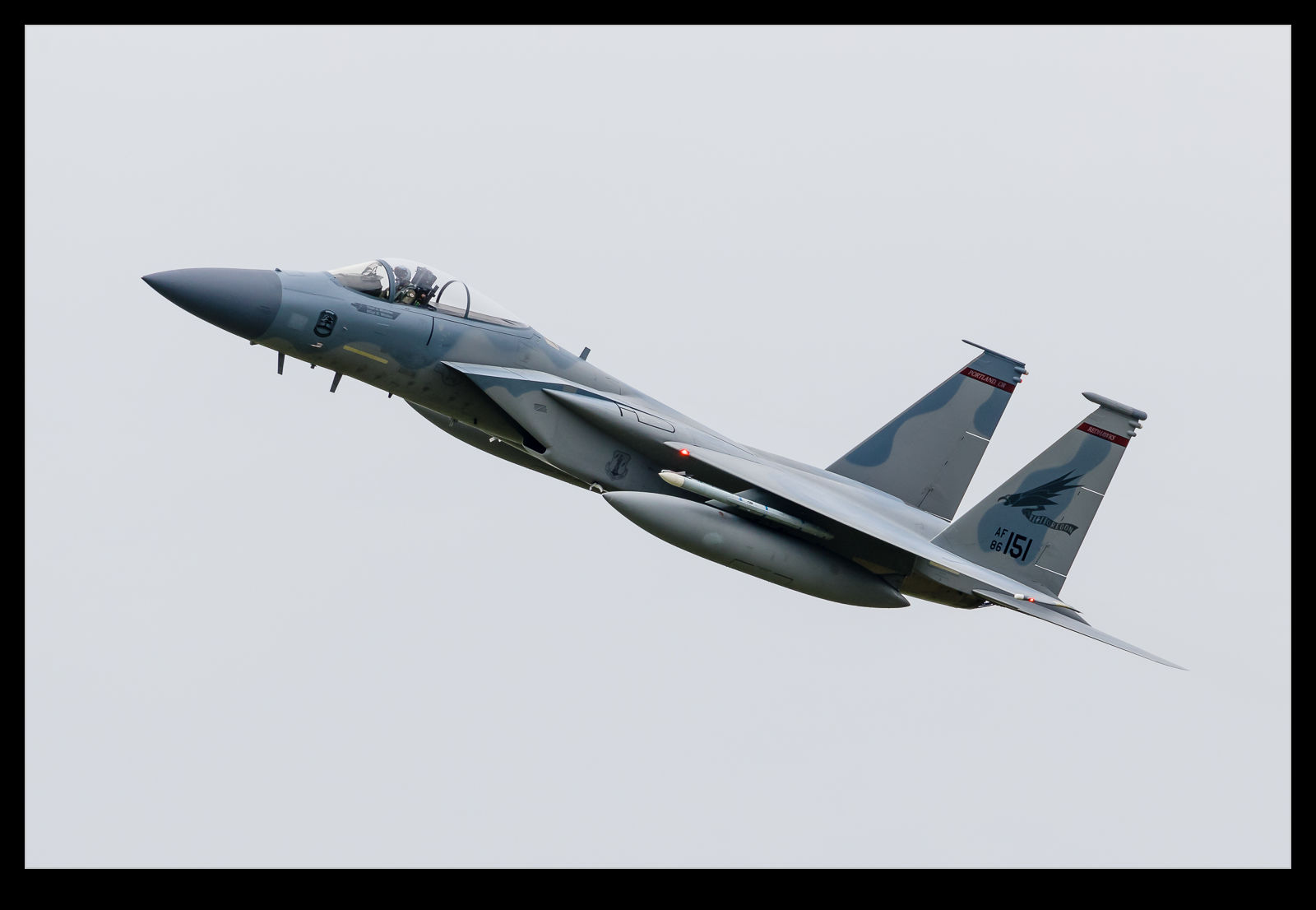 The F-15s based at Portland International Airport are an active bunch.  From what I understand, they tend to launch two waves of jets a day, one first thing in the morning and the next around lunchtime.  I was there early waiting to pick up some colleagues from a flight.  I was sitting in the parking lot waiting for the message that they had landed.  I wasn’t even thinking about the Eagles.  My camera was in the trunk.  Then I heard a noise and rapidly realized what it was. 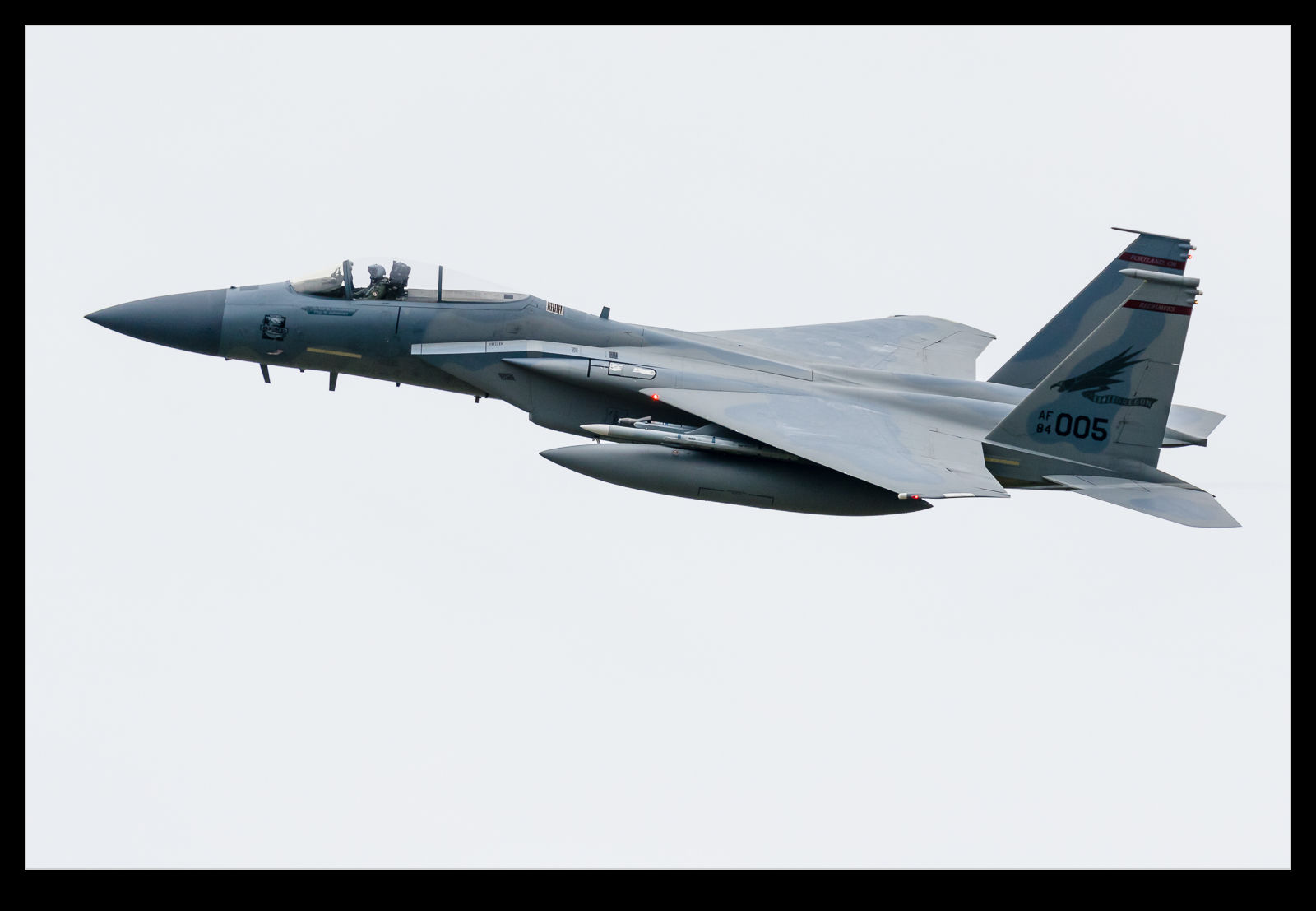 I was never going to get out of the car, open the trunk, get the camera out and on in time to get the first jet but I was ready for the second and third.  It was a cloudy day so not exactly ideal conditions for shooting a gray jet but they were F-15s so who is complaining.  After a brief gap, some more jets launched as well and this time I was ready.  Just as they cleared me, I got a text from my colleagues saying they were ready to be picked up.  What excellent timing. 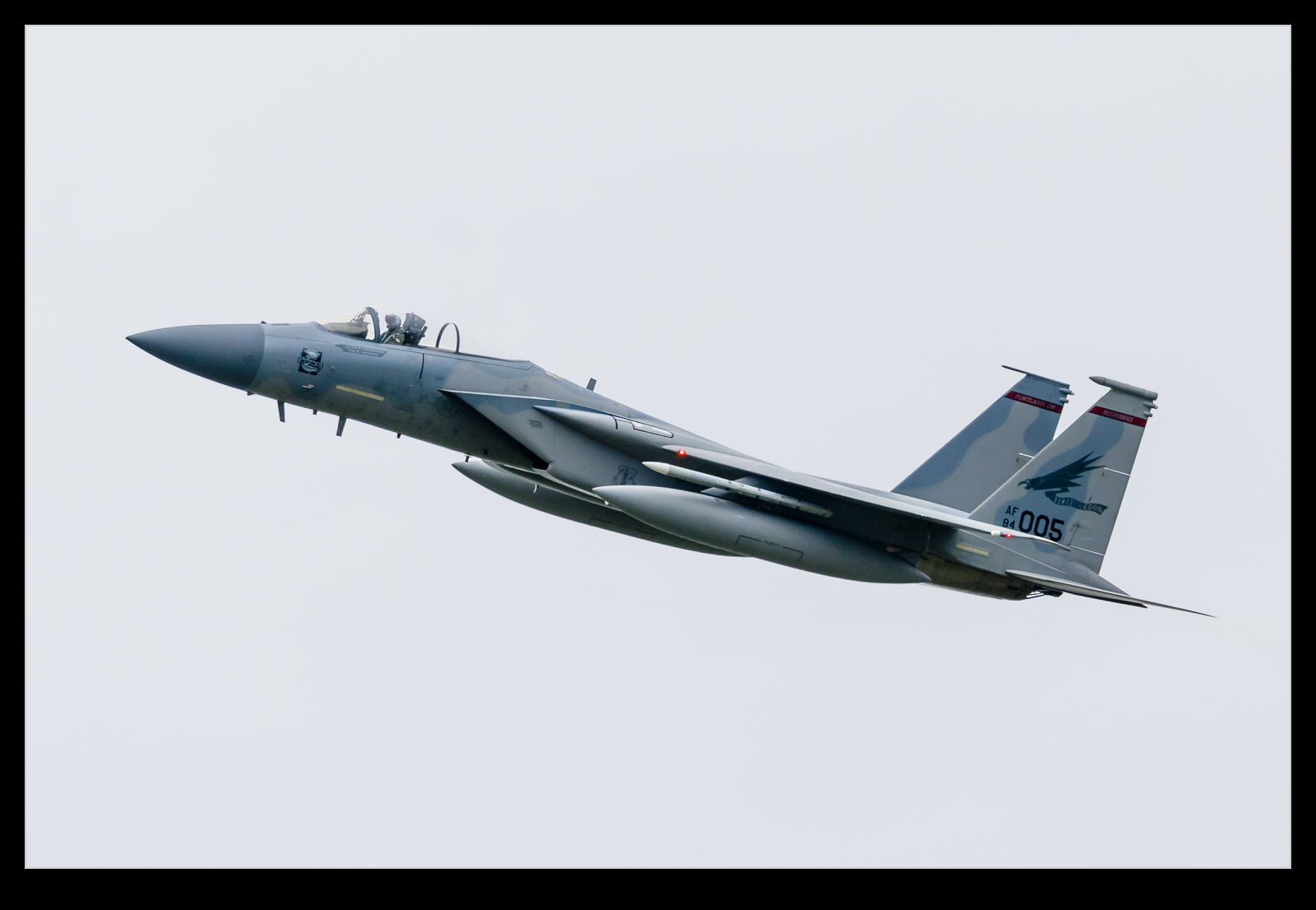