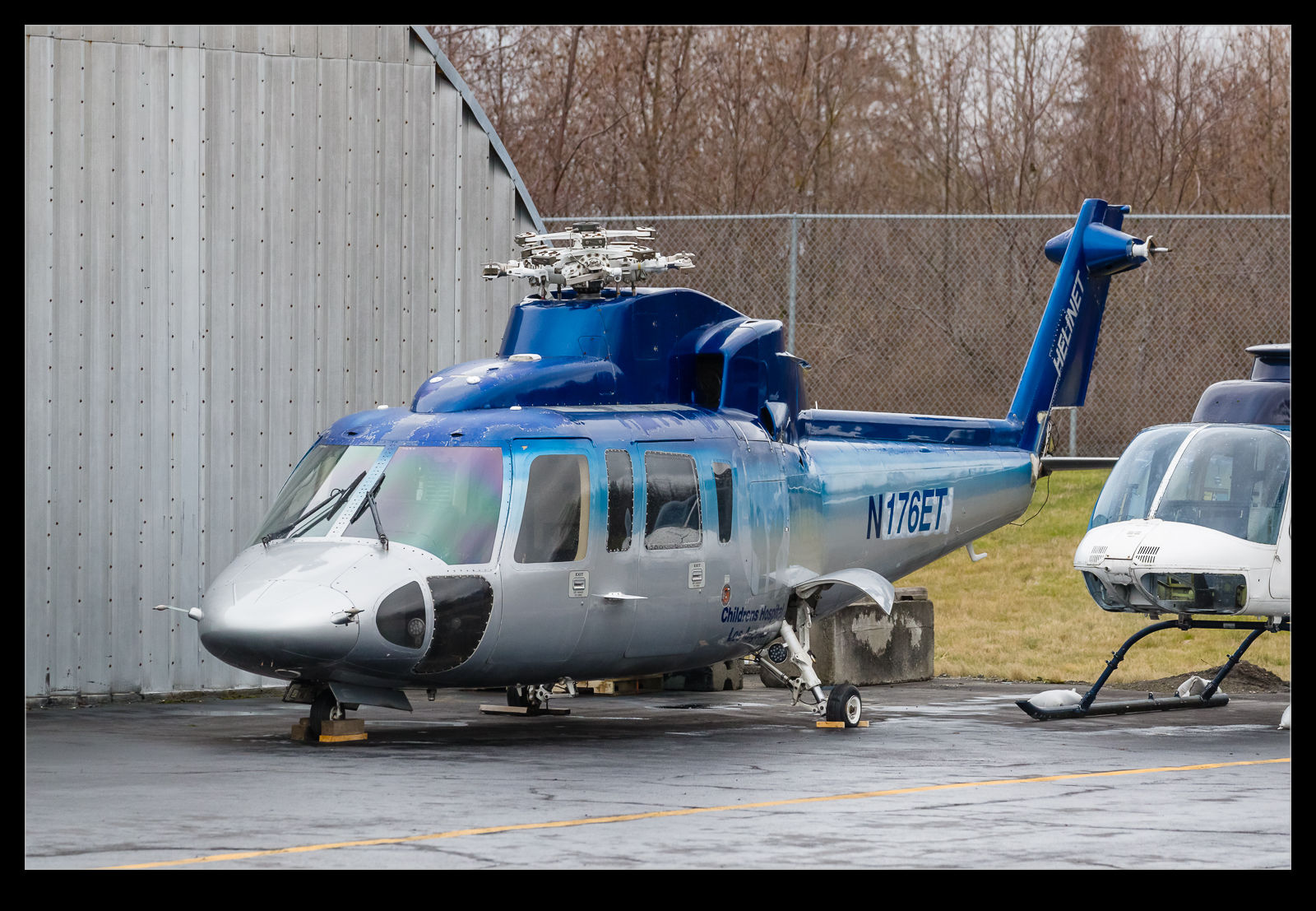 Quite a few years back, I was at Van Nuys when the Children’s Hospital Sikorsky S-76 flew over on final approach.  I found out a little while later that this helicopter had been donated by Helinet.  I found this while talking to Alan Purwin who ran the company prior to his death.  It was a nice looking helicopter which isn’t hard since the S-76, while an old design, is a sleek looking machine. 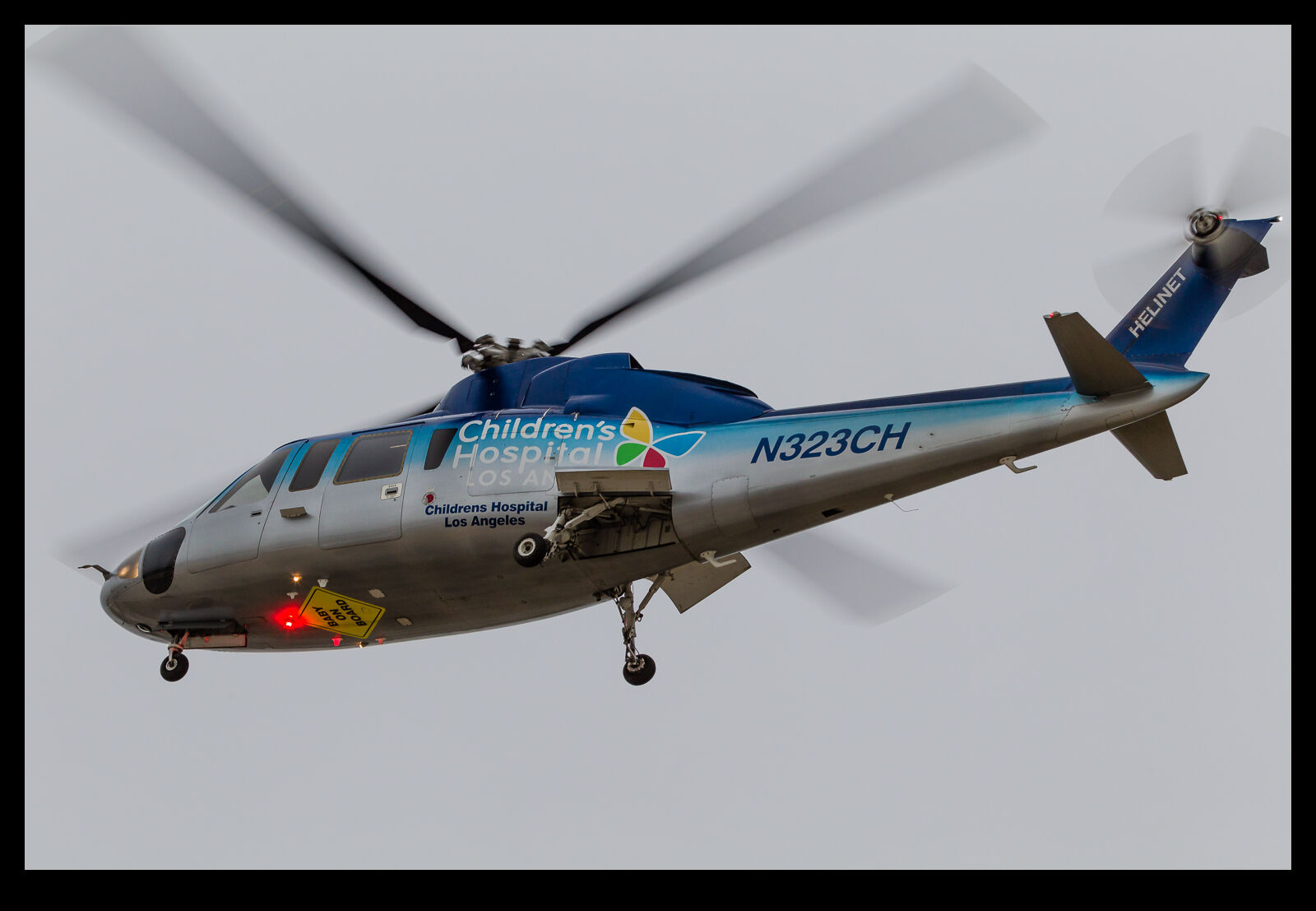 I made a detour recently to Anacortes airport, purely because I had never been there before.  Nothing much was going on but, stored at one end of the airfield was this S-76.  It looked exactly the same.  The registration had been changed but zooming in on the airframe, I could just make out the outline of the old numbers.  Sure enough, it is the same airframe.  Clearly, it isn’t looking like it is going anywhere soon but it did provide years of good service. 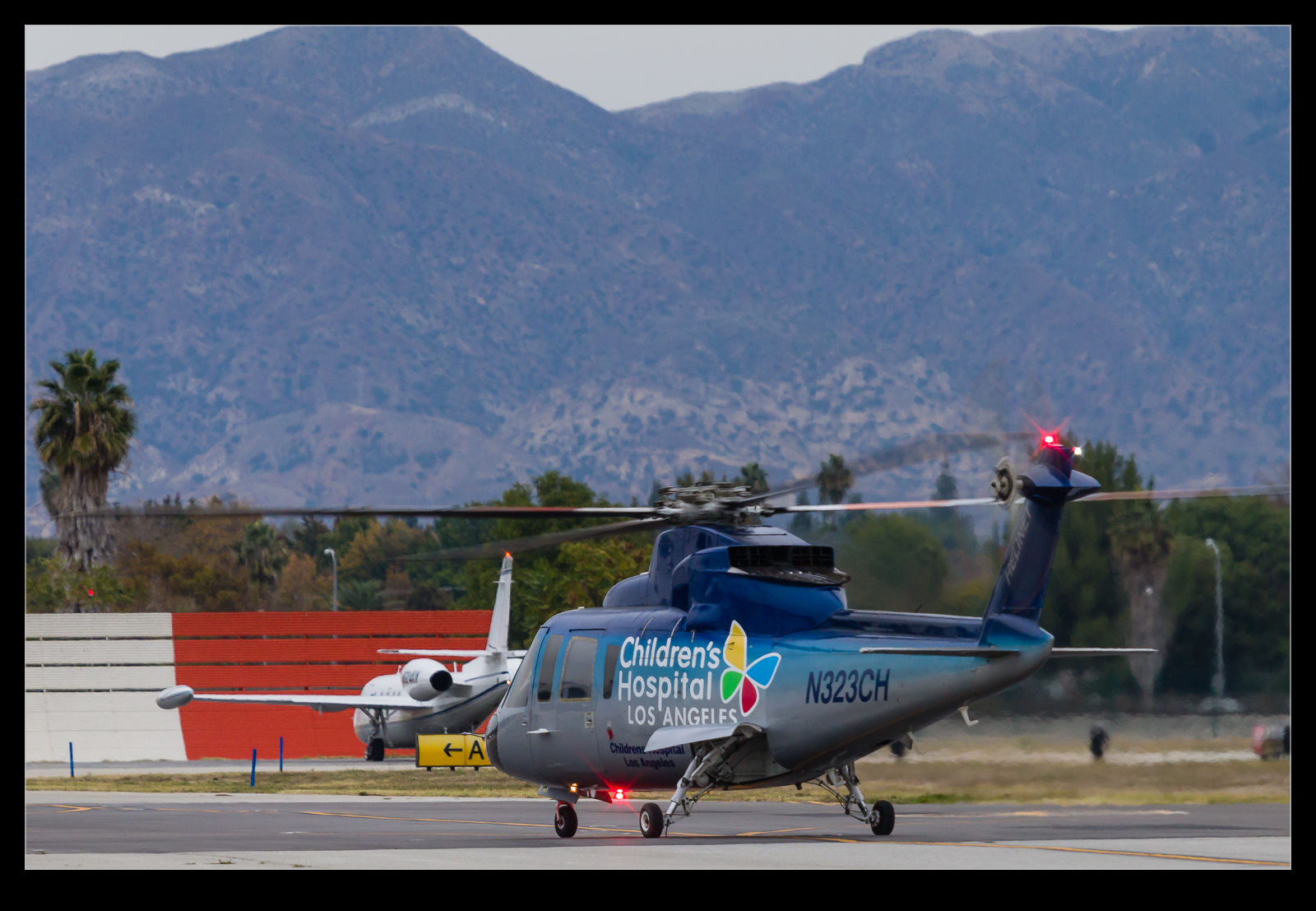