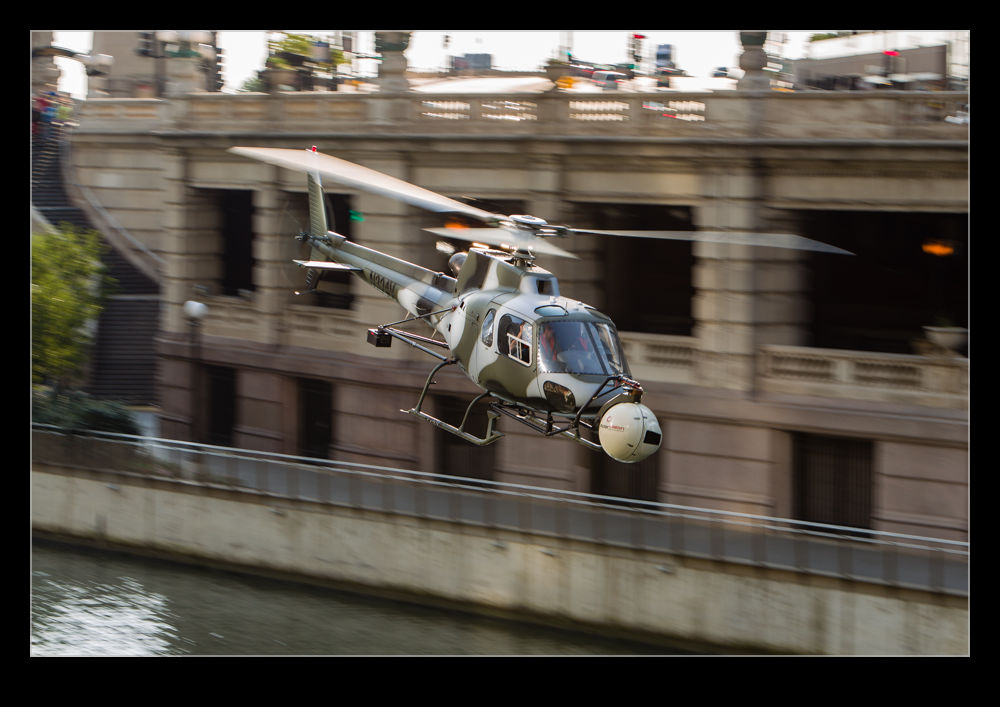 The new Transformers movie is currently filming in Chicago.  Some aerial filming was recently scheduled and we got advanced notice since it was going to make things a little disrupted in the morning.  They were opening three of the bridges along the river and a helicopter was running through at low level filming sequences. 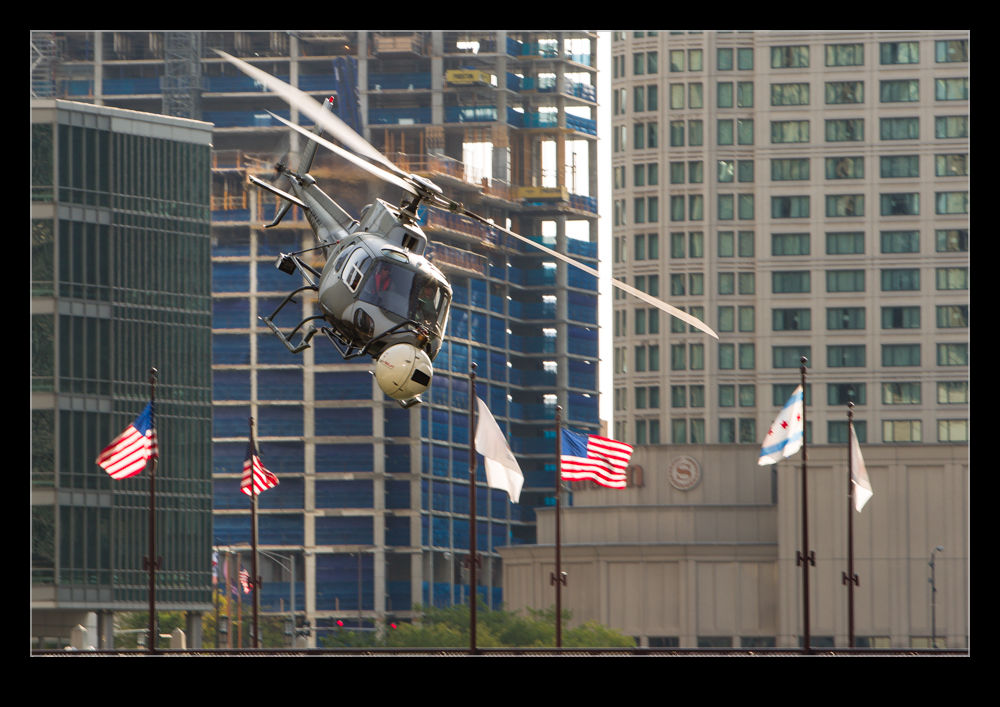 The filming work was being carried out by Alan Purwin of Helinet.  Often, when filming is underway, it is hard to get close and get anything recorded.  Obviously, they don’t want people filming there own stuff.  Also, they don’t want you appearing in the shot.  Fortunately, I found a spot where they were happy for us to be and that gave us a view, even if it was a bit restricted. 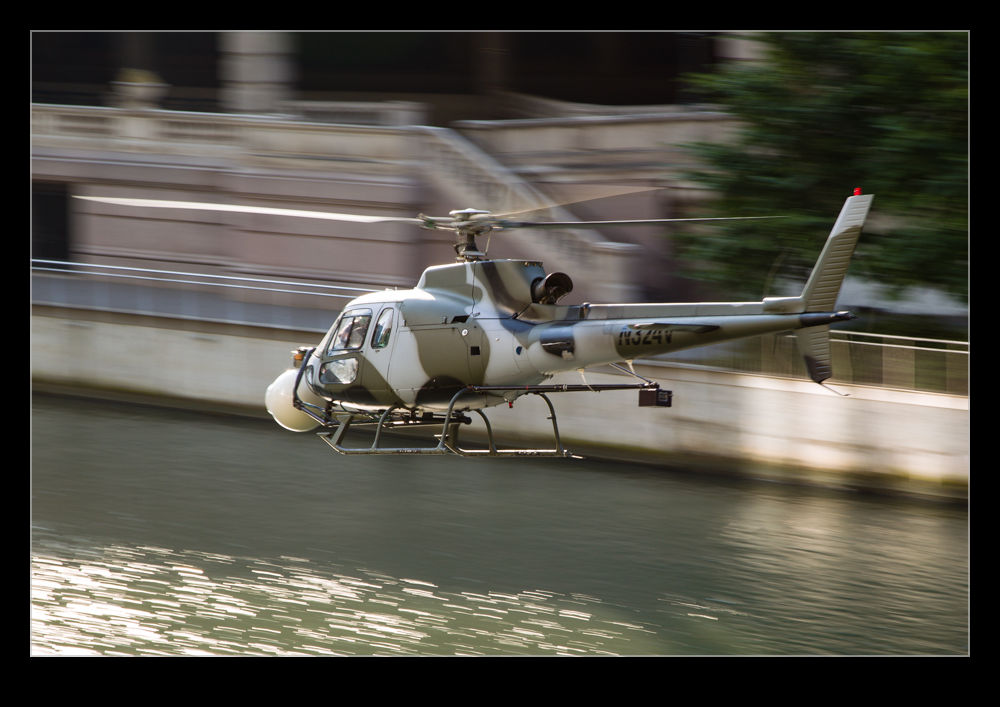 I actually moved from my first spot.  The helicopter was so low I could only just see the top of the rotor head as it passed.  The second spot gave a more open view.  Watching from that close was very impressive.  It took a couple of hours since they had to open up and close down areas between passes.  Watching them come in was easy but coming the other way was a bit of guesswork as the helicopter could be heard but only appeared suddenly.  Still, another good chance to shoot helicopters in the city.  Am I getting repetitive? 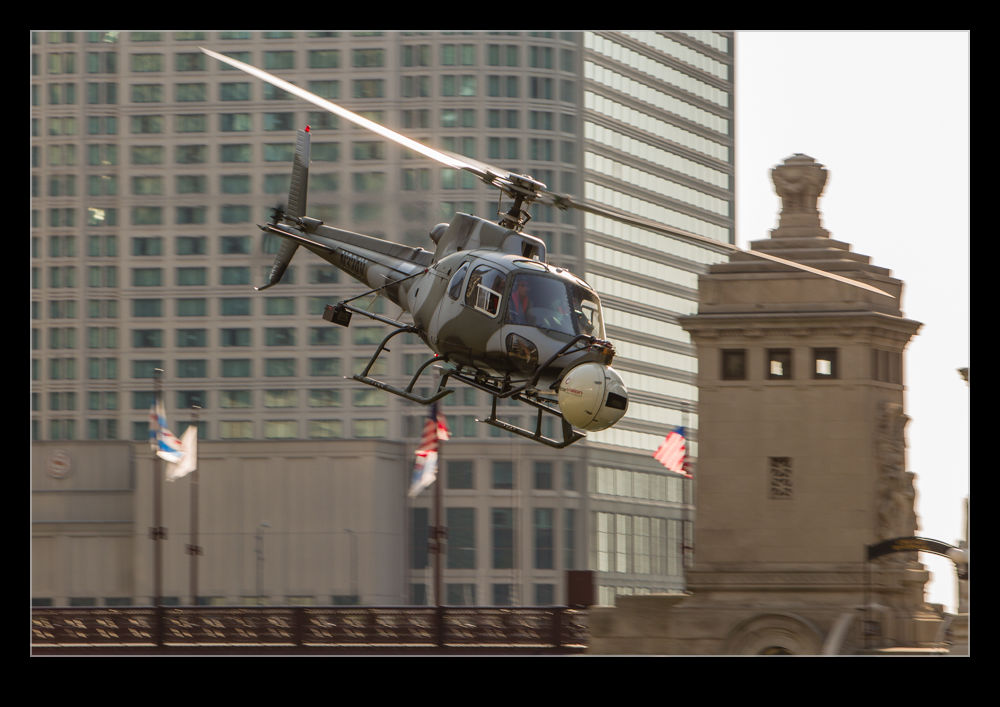 Here is some video I got too.