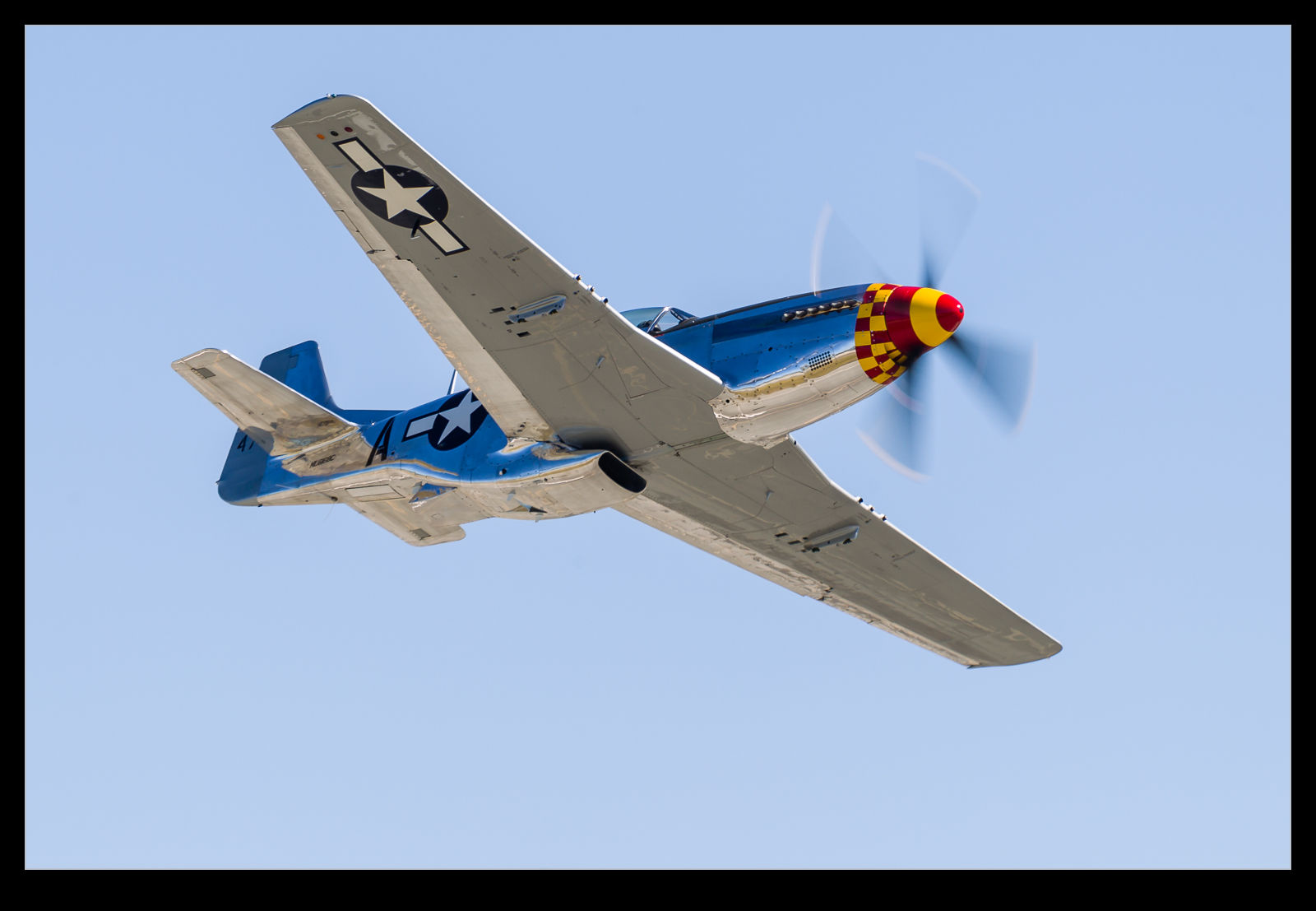 The Society of Aviation History visit to Airmotive Specialties in Salinas gave us a great opportunity to look around the restoration facility.  One of the Mustangs was not being worked on though.  It was due to be picked up by its owner that afternoon.  As a result, having had a break for lunch, we headed back to the ramp to await the departure. 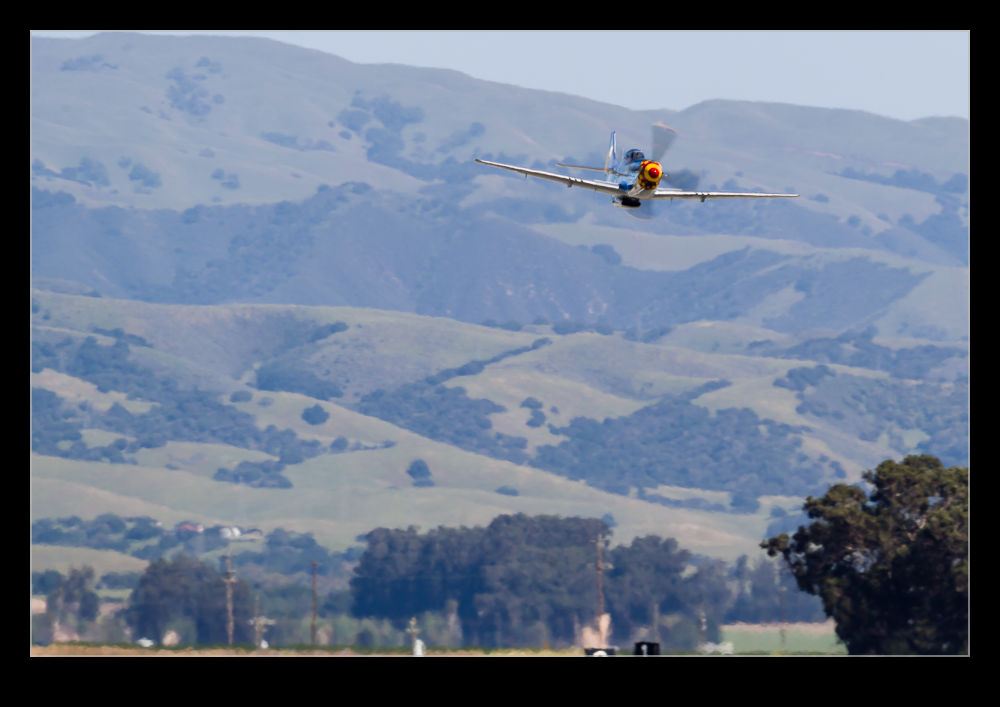 The aircraft was run up on the ramp outside the hangar and then taxied to the opposite end of the runway for takeoff.  We anticipated the takeoff and then a further pass before he left.  I figured the first time I might go with a slow shutter speed for fun.  The second one I would be a bit more conservative in order to make sure I actually got a sharp shot. 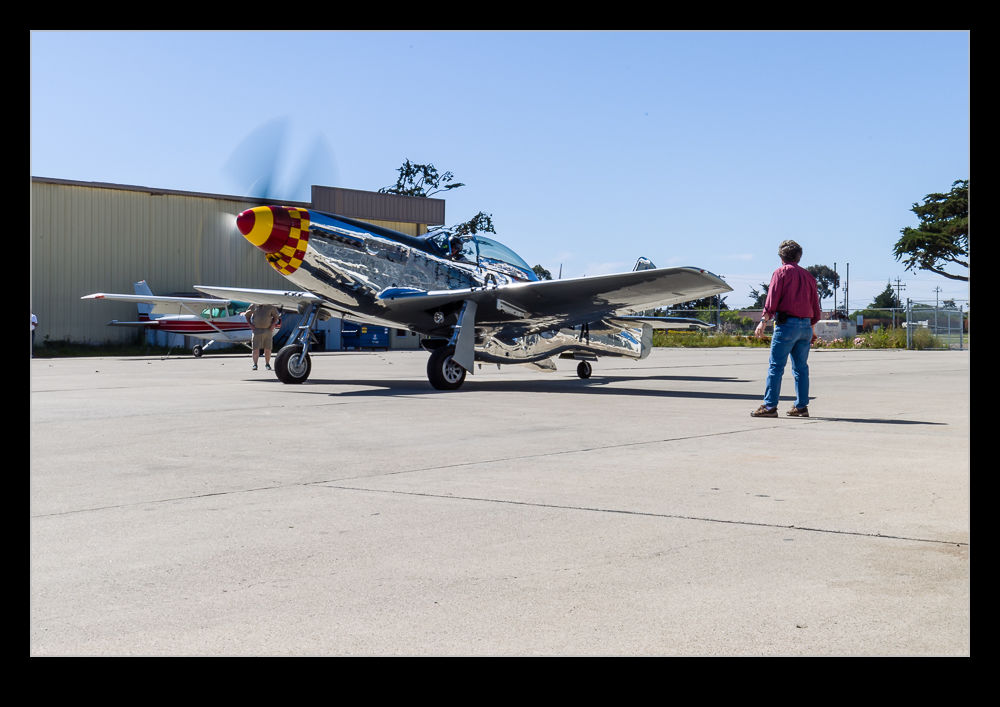 After the two passes the aircraft headed off en route.  Getting a bit of airborne Mustang time was a cool addition to a great day. 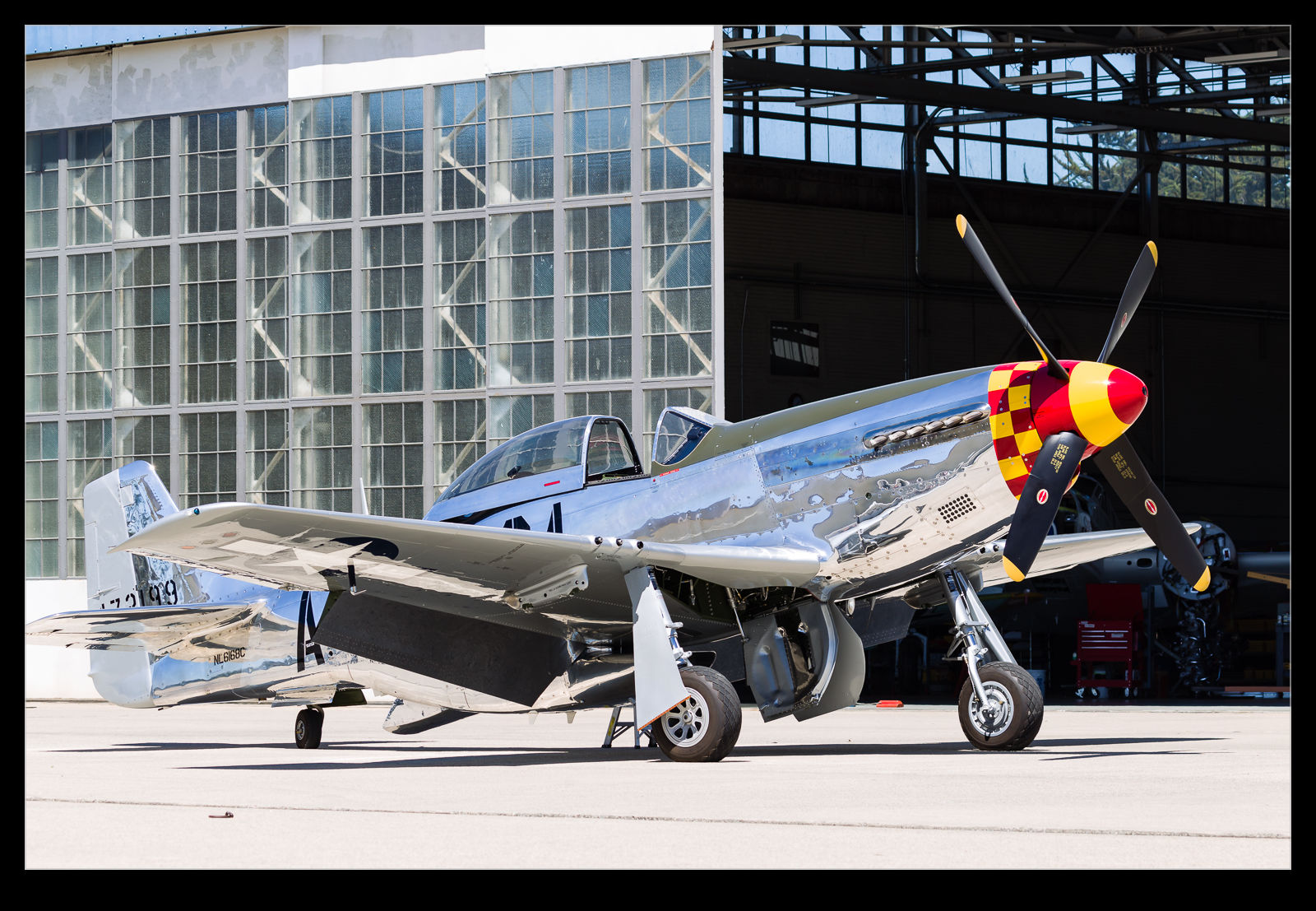 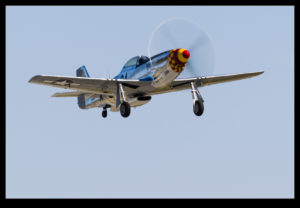 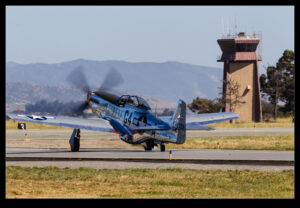