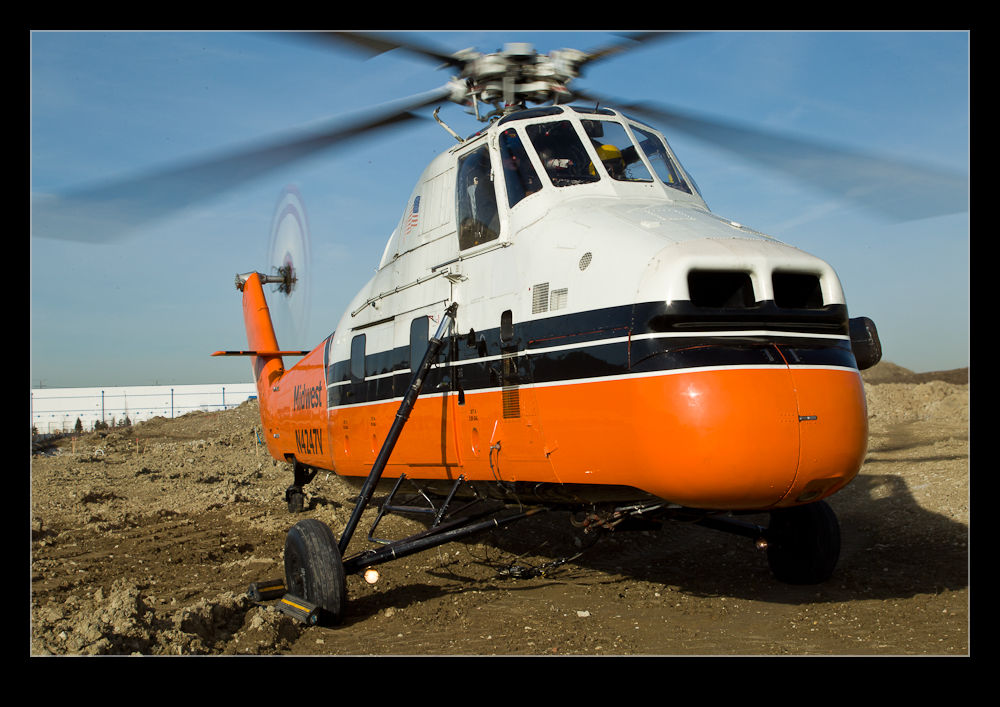 As I hinted previously, my day with Midwest involved a couple of lifts.  The first was a relatively straightforward job.  In common with a lot of jobs it was cooling systems for the roof of a building that was being constructed.  The equipment was laid out on the ground near the building and the guys were ready to roll when we landed. 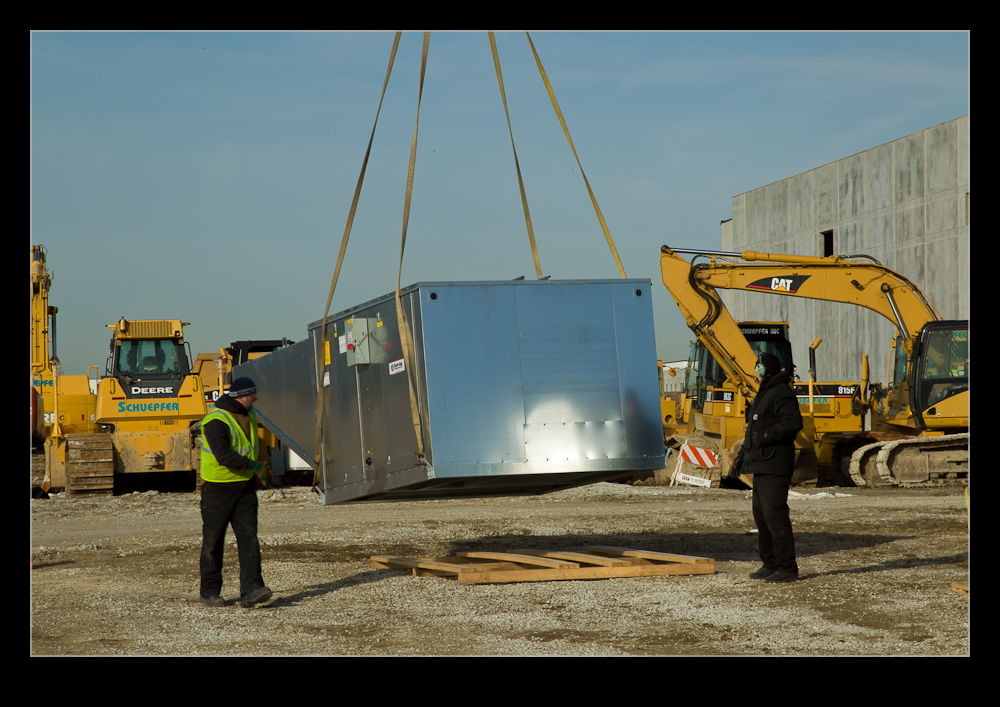 The location is quite close to Midway airport.  We talked to them as we came in and the traffic from the airport was close to where we were operating.  A couple of times, a low flying Boeing 737 from Southwest could sneak into my shot.  They were obviously well clear of us and there was no problem but it was quite fun to see something different in the background. 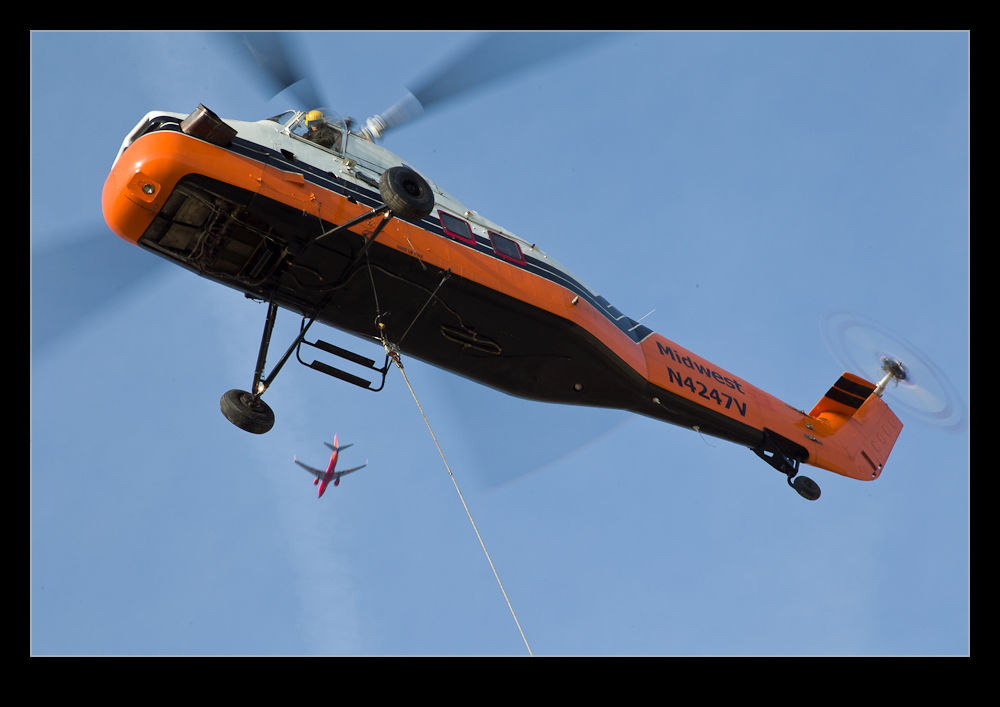 The job went off without too many issues and soon the aircraft was back on the ground and we could hop on to head to the next job. 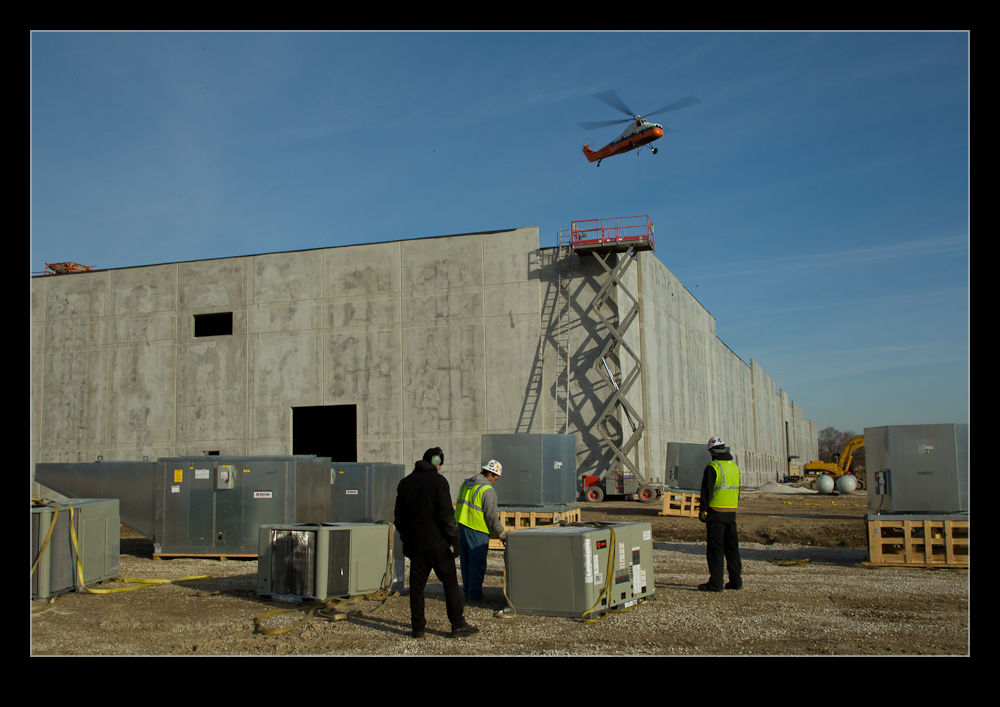