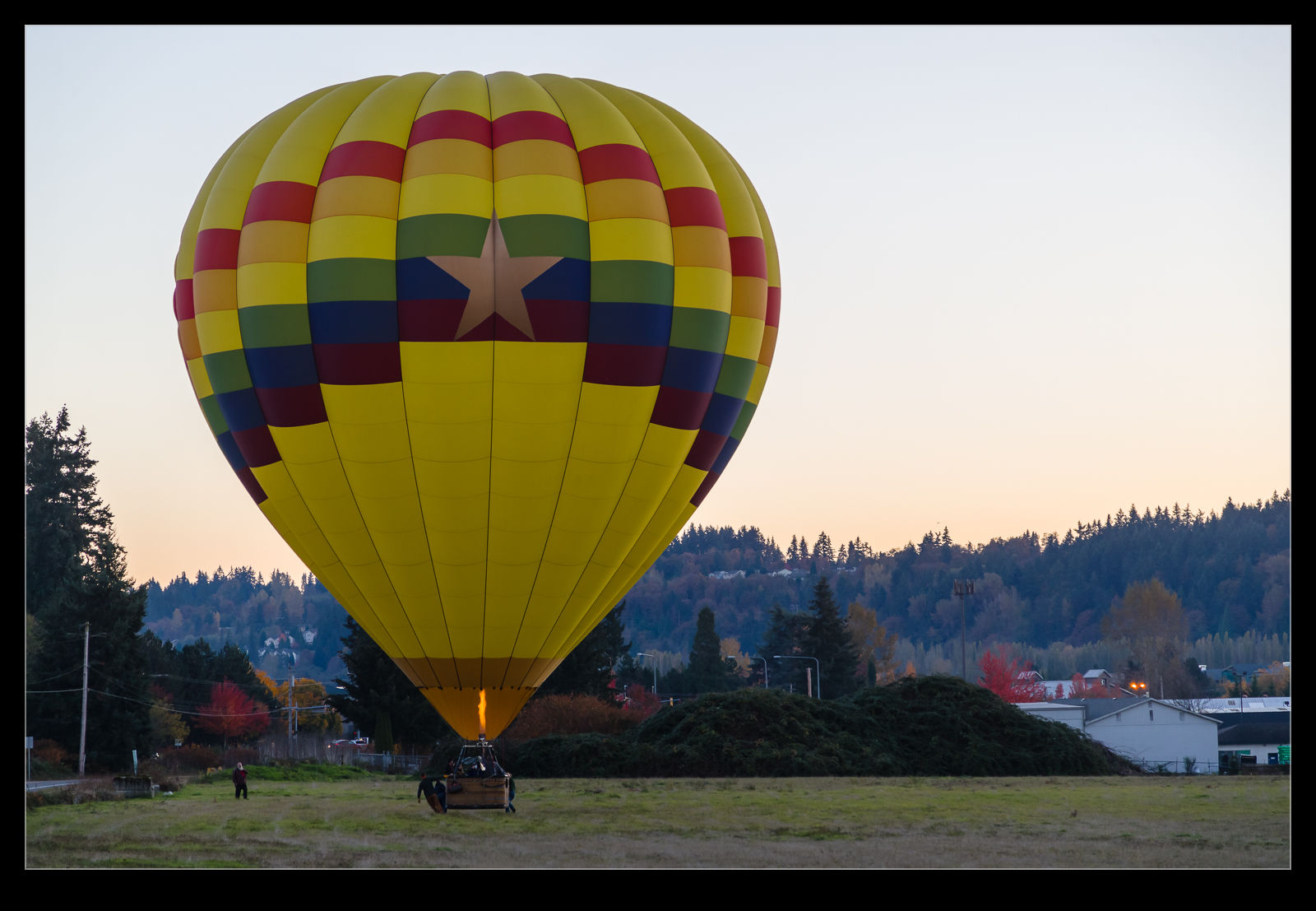 I posted about the hot air balloon over our town in this post.  At the end of that post, the balloons was descending behind the trees for a landing and I was driving off to find them.  It turned out that I had forgotten about a field between the rail tracks and the highway.  I came around the corner and the ballon was on the ground but upright sitting in the field.  It looked pretty incongruous. 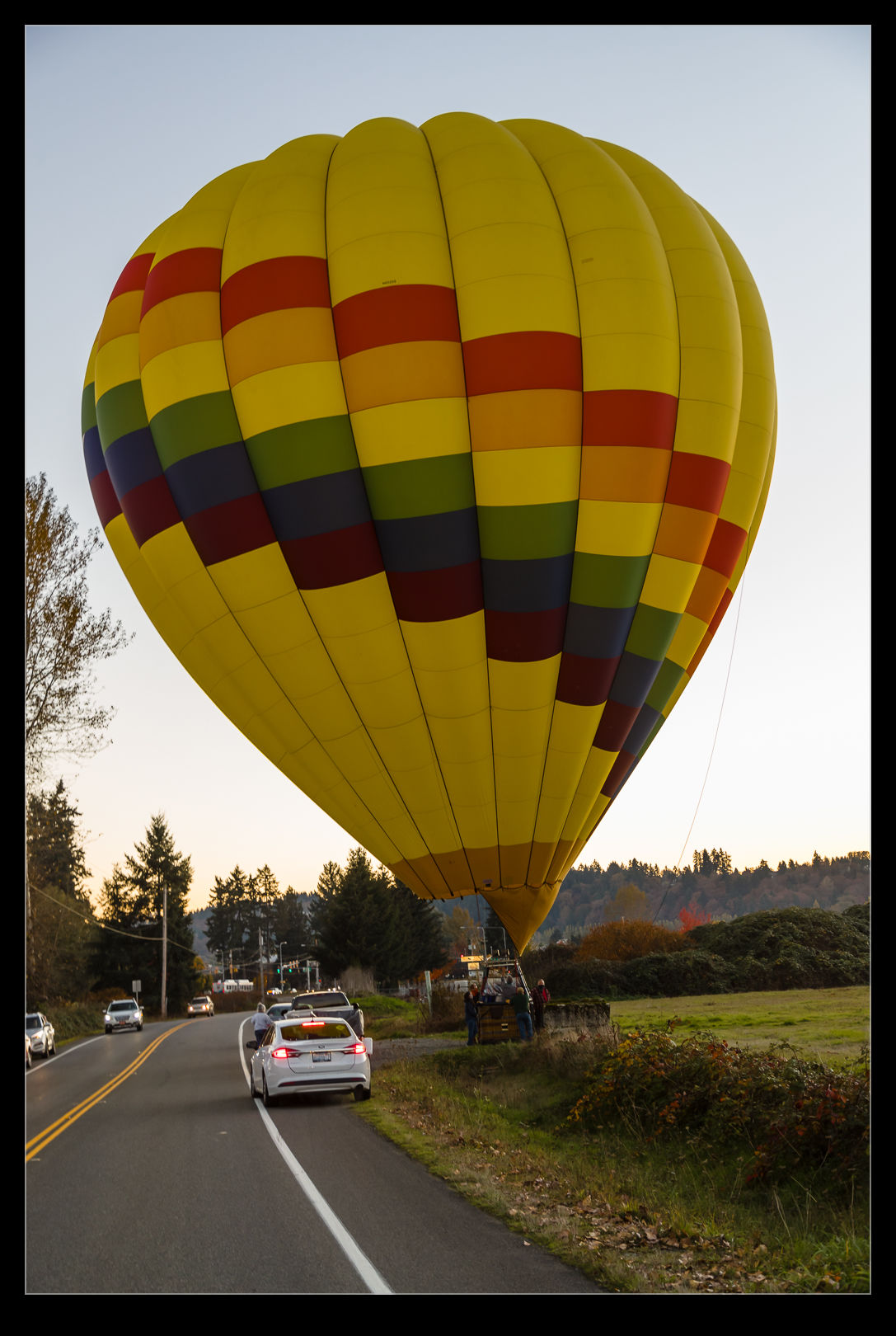 I was clearly not the only person intrigued by this as a bunch of vehicles had gone down the normally quiet road alongside the field.  The team was actually still burning as they maneuvered the ballon to the edge of the field to give themselves space to deflate it.  Most people got bored with the view, but I decided to try and get photos and video of the whole sequence of deflating the balloon.  The light was fading rapidly at this point. 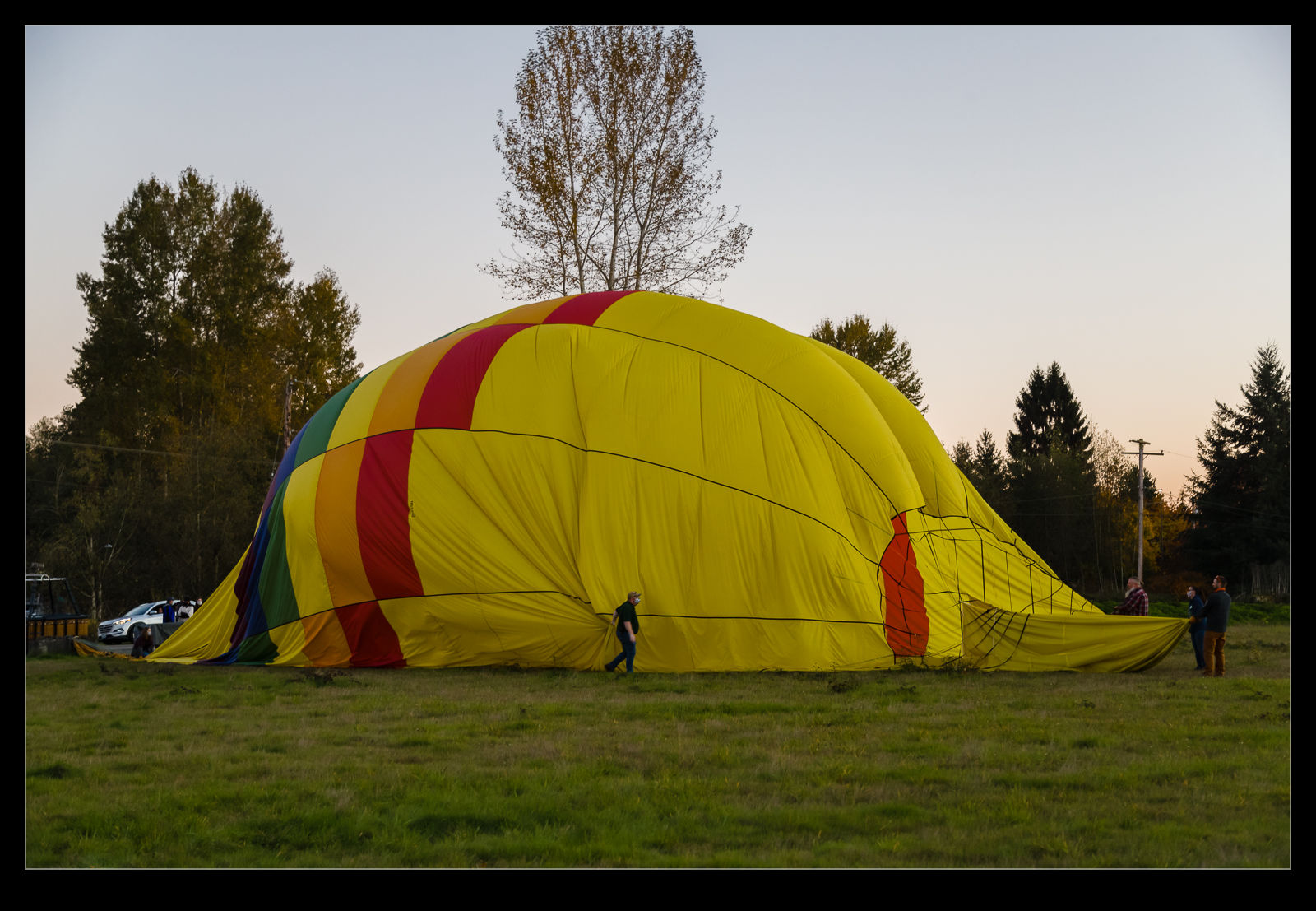 A bunch of the crew grabbed the lines to the top of the balloon as the top vent was opened up.  The balloon started to sag rapidly but, once they pulled it over to a certain point, the vent was too low to let the warm air out.  Then they waited while another person gathered up the envelope and squeezed the remaining air out.  Finally, it sagged to the ground and the final gathering up was quickly completed.  By now it was quite dark, and I figured it was time to go home.  I am not aware that they use the field to land normally.  I wonder if this was a bit of an urgent landing as the light was fading fast and the low winds were limiting options. 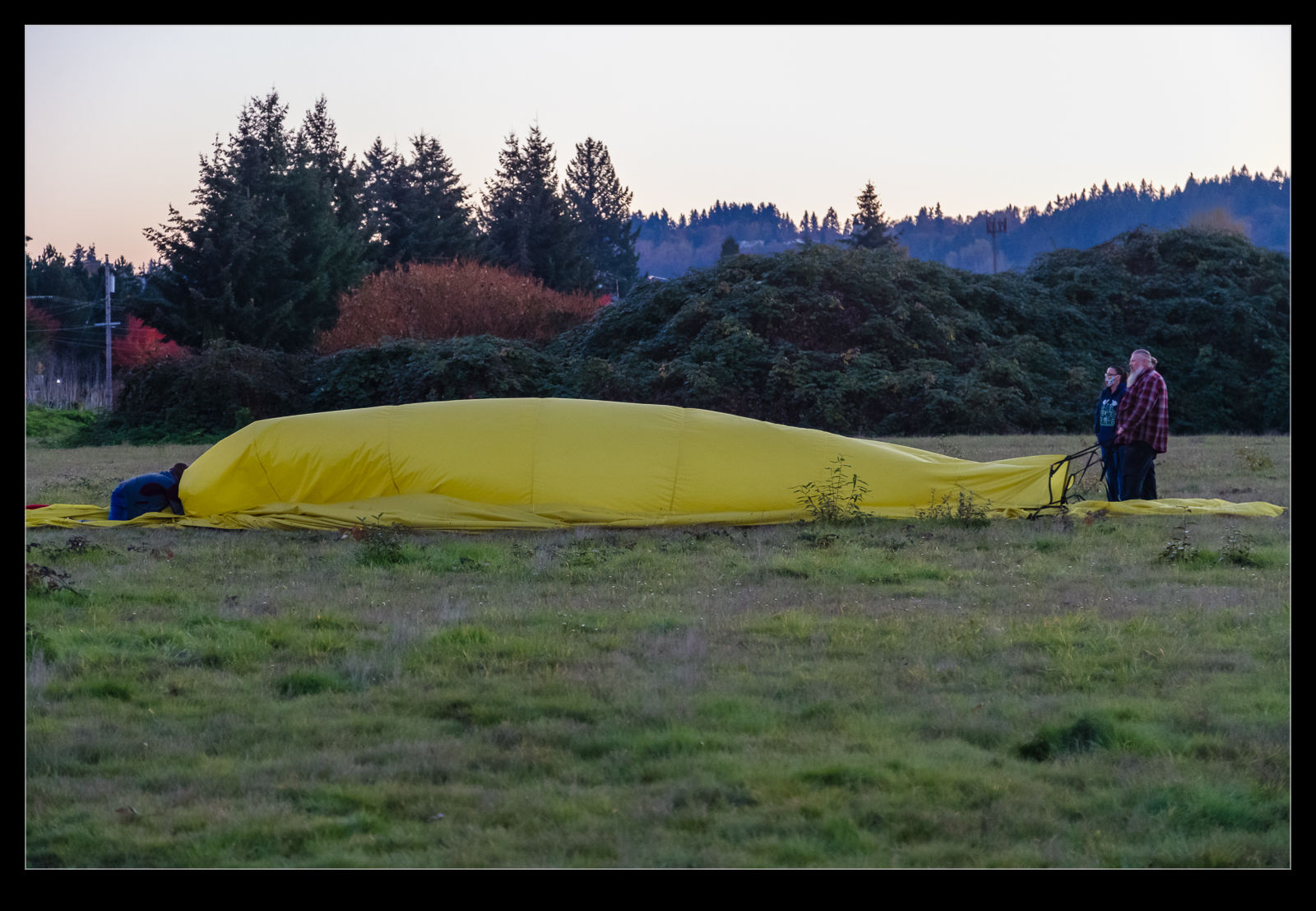 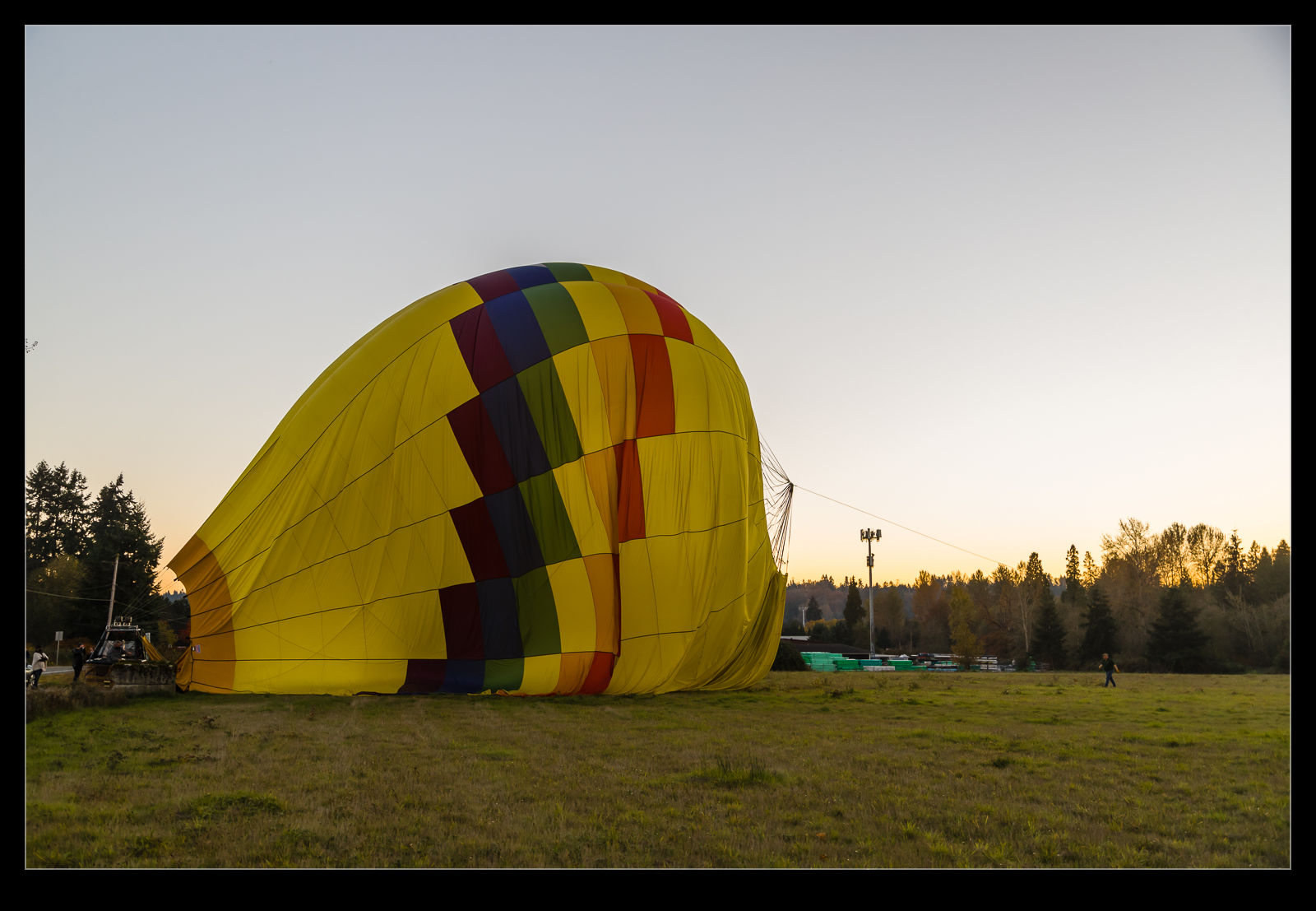