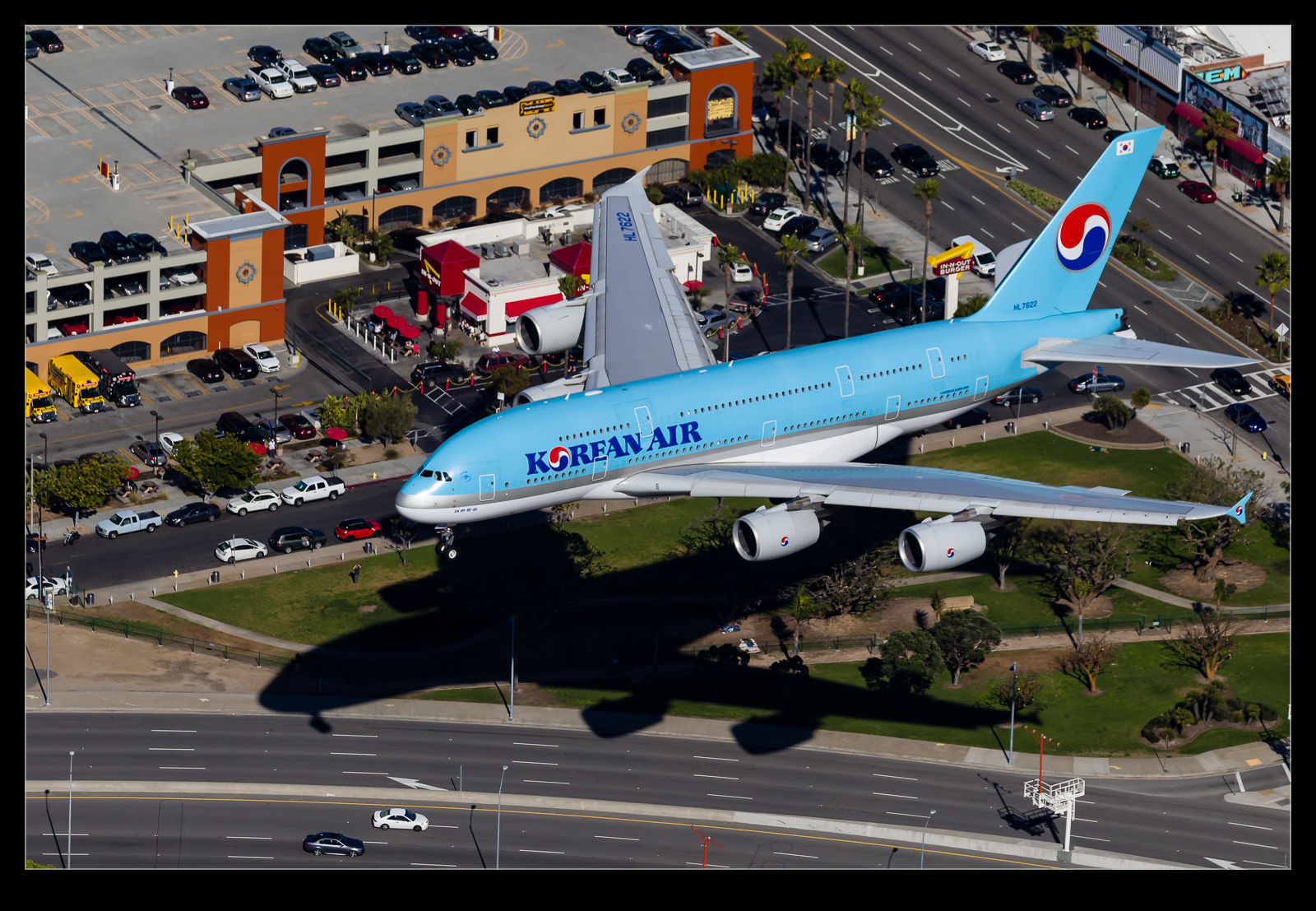 The Airbus A380 may be a lot more common now than it was a few years ago but they are still comparatively rare. LAX is a place that gets a lot of them so the chance of catching one airborne was high, particularly given the time we were flying. Korean Air were the operator that obliged. We picked up the aircraft as it was on its downwind leg. Knowing it was out there made it easier to keep track of it – particularly knowing which runway it was coming in on. 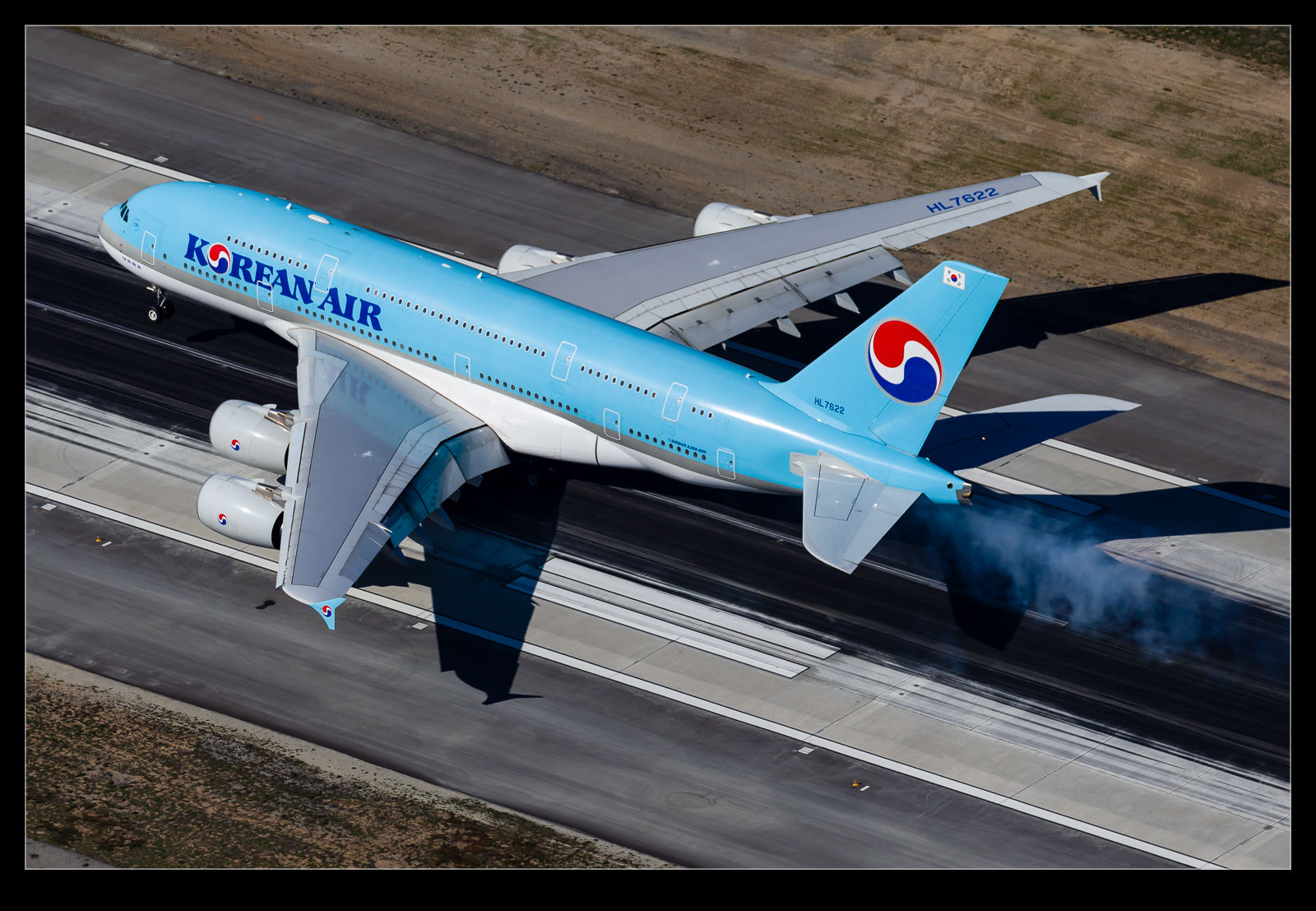 We spotted it when it was still well out on the approach. As it came across the buildings surrounding the airport were were able to choose how we wanted to have it line up with the background. Finally it was coming across the parking lots, passing the In’n’Out Burger and then coming over the threshold. A little float and then the tires smoked on touchdown. The angles and light were pretty much ideal and Paul, our pilot, had us ideally placed. We could also keep an eye on it as it taxied in including getting on the gate. 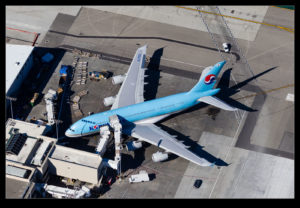 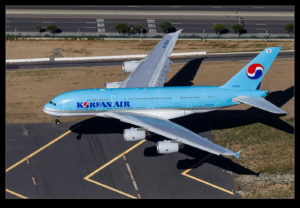 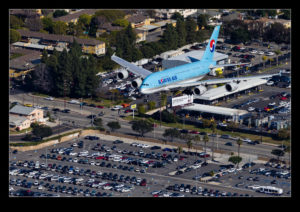