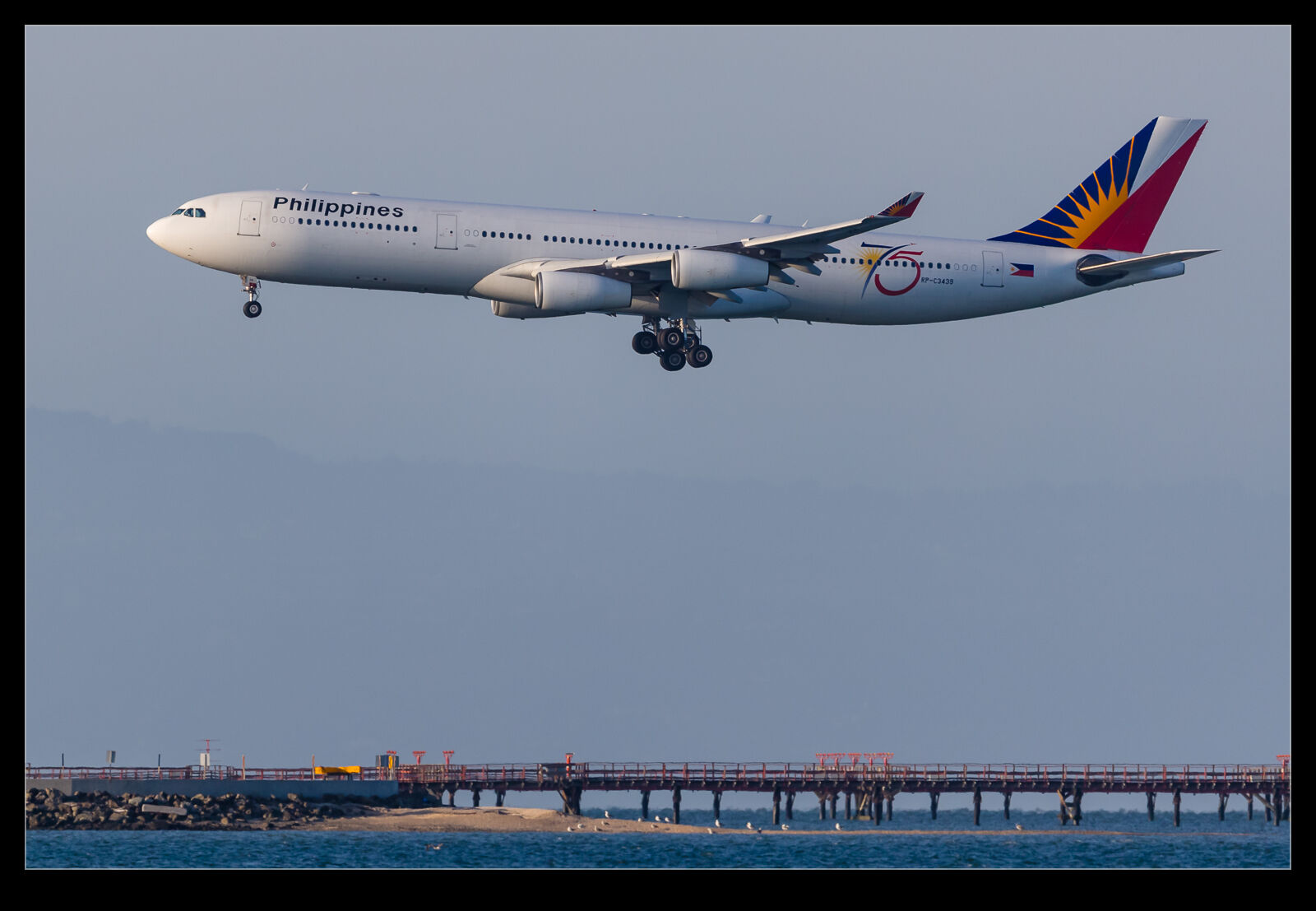 I have been figuring that the A340s would soon be gone.  The original versions are certainly not young jets anymore and there are plenty of newer options for airlines.  Consequently, they have been disappearing from service with many airlines.  That does not mean that they have all gone though.  Interestingly, the A340-300 is still actually a pretty efficient jet while the 600 series, while able to carry more and go further, are less efficient for many services.  Still, I see plenty of routes now using 777s that used to have A340s. 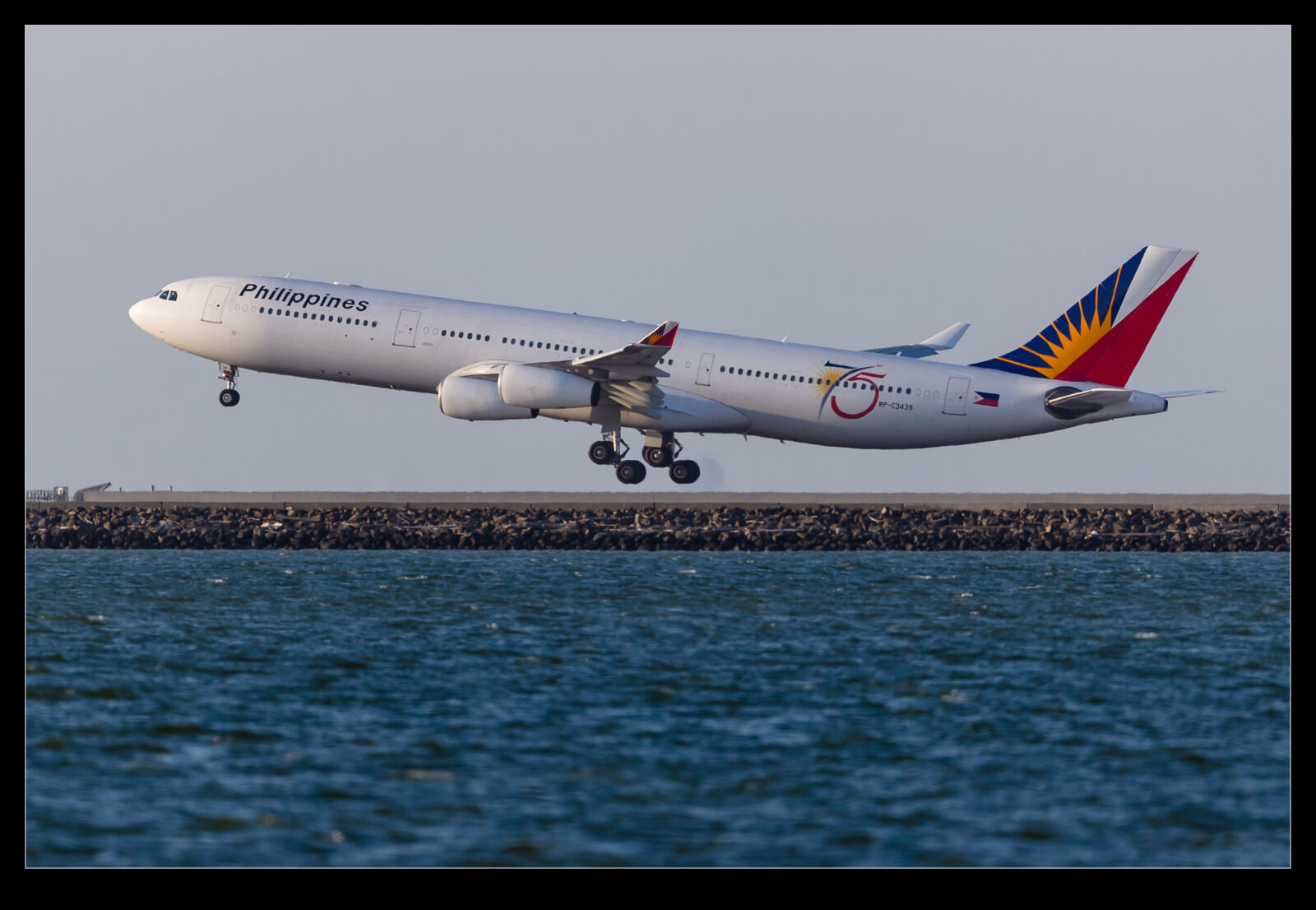 Consequently, I was quite surprised to see the return of the Philippines A340 on the SFO route.  The 777 is also on this route but they have a second rotation and the 340 is currently making this trip.  I was really glad to see it show up again.  It can’t be too long before these jets are on their way to the desert.  Since it is a summer trip, it isn’t a great time to shoot it but the later arrival does reduce the heat haze.  It will be cool if I get it again in better conditions but I am glad to have shot it already, just in case I don’t get another chance.