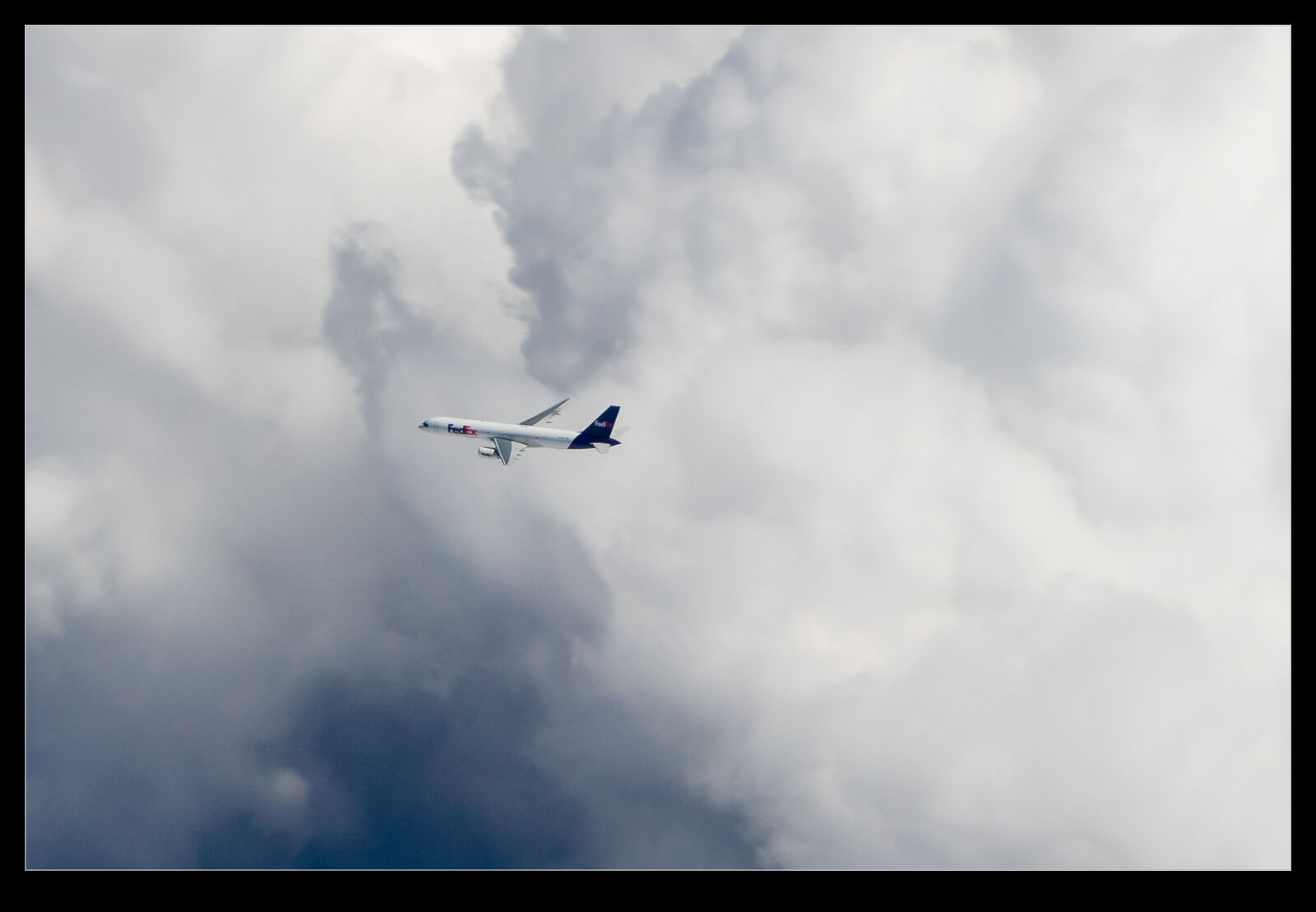 I have posted before about taking photos from airliners of passing jets and using Flightradar24 and the wifi connection to try and get a shot.  On this trip I had two good opportunities that I knew about.  The first was a 757 operated by FedEx.  I could see it coming using the app.  It was apparently not going to be a close pass but it was going to be within range.  I saw the jet show up and shot a sequence of it as it came by.  The shots were okay given the idea of shooting through windows.  A better chance came with an American 737.  It was going to be really close to our flight path.  Actually, it was really close. Unfortunately, it came right under us.  I saw it flash by but I only got shots of engine nacelles and wings of our own jet.  Oh so close! 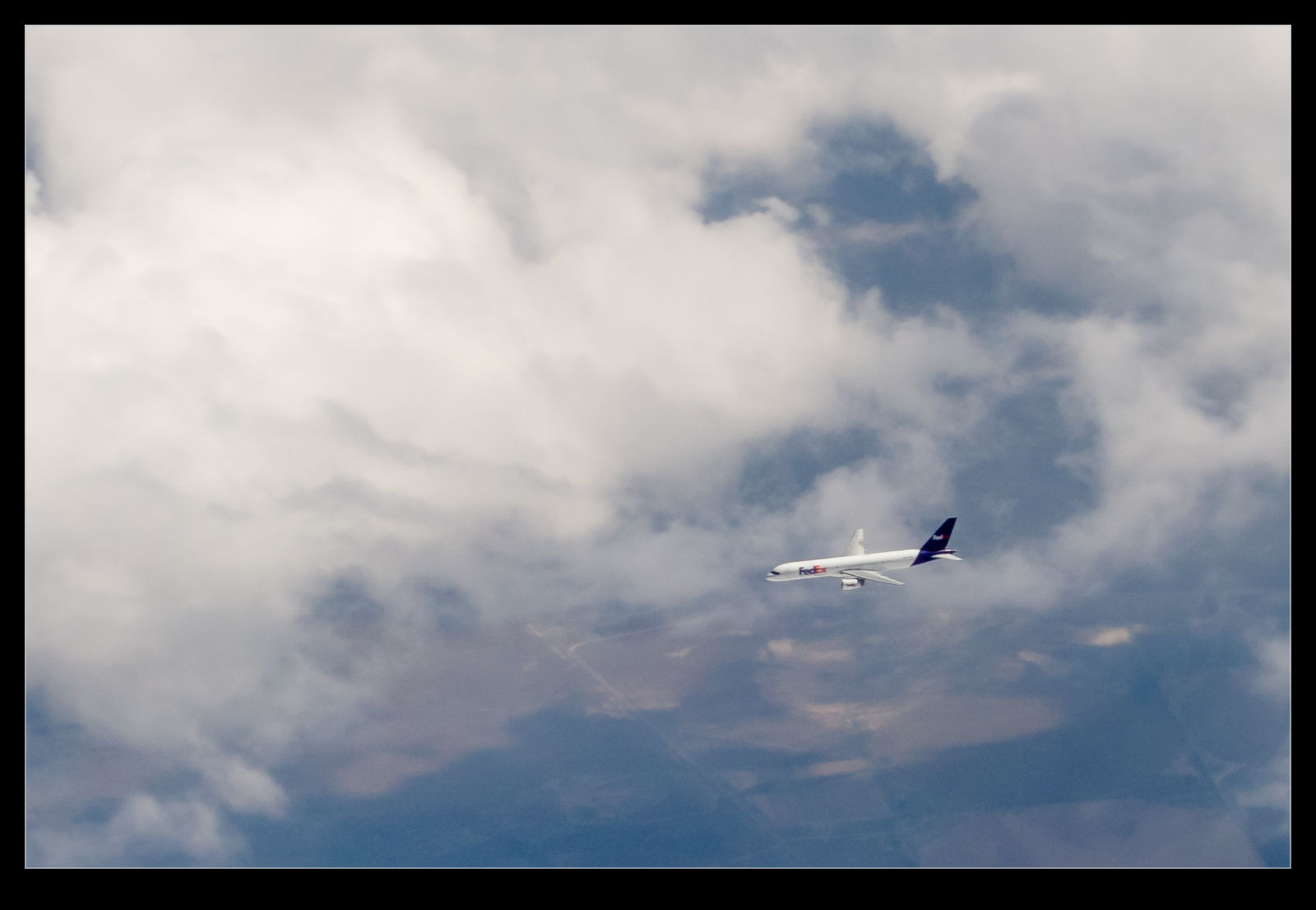