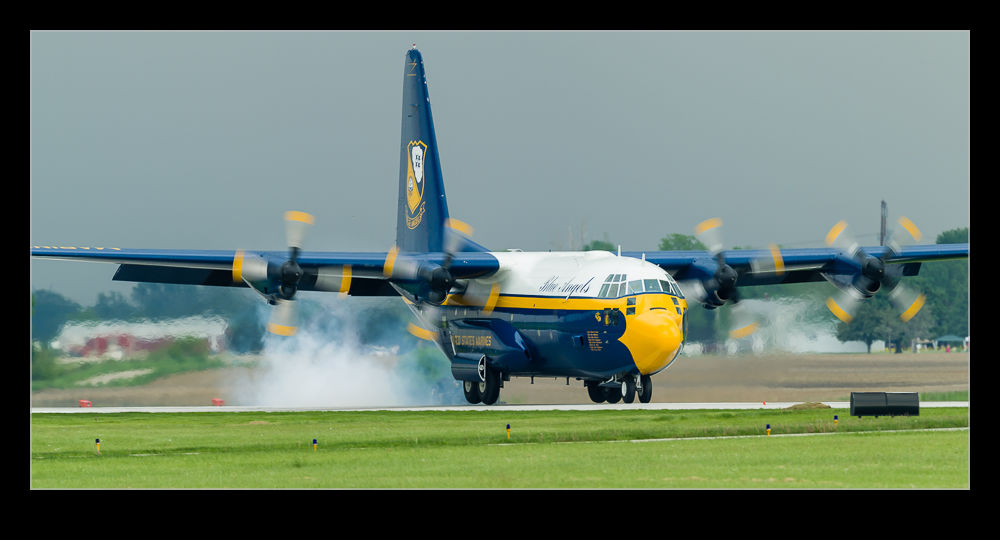 Lots of my retro posts come about because I was doing something else that led me to a shot I had forgotten about. Having a system like Lightroom is a great way of throwing up some interesting shots that appear when you run a keyword search. In this case, I was looking at an old air show which had featured the Blue Angels. As is usual for their shows, the first part of the demonstration was the USMC C-130 display, Fat Albert. 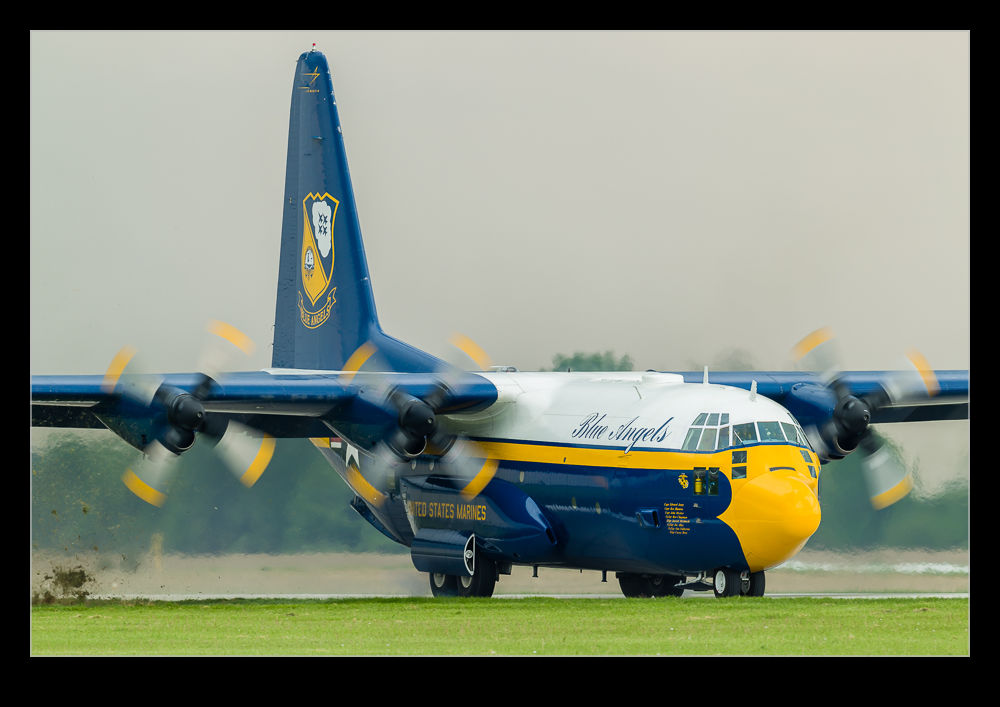 At the end of the display, they land the C-130 and throw the props into reverse aiming to stop as quickly as possible. (A little bit of bouncing is also apparent in the top shot!)  On this occasion, I guess the ground alongside the runway was not too stable. The wash thrown forward by the props ripped the turf up ahead of the plane and threw it into the air. It made for a pretty dramatic view. Even through the viewfinder, I could see what was going on. The shots afterwards just confirmed how much material they threw around that day! 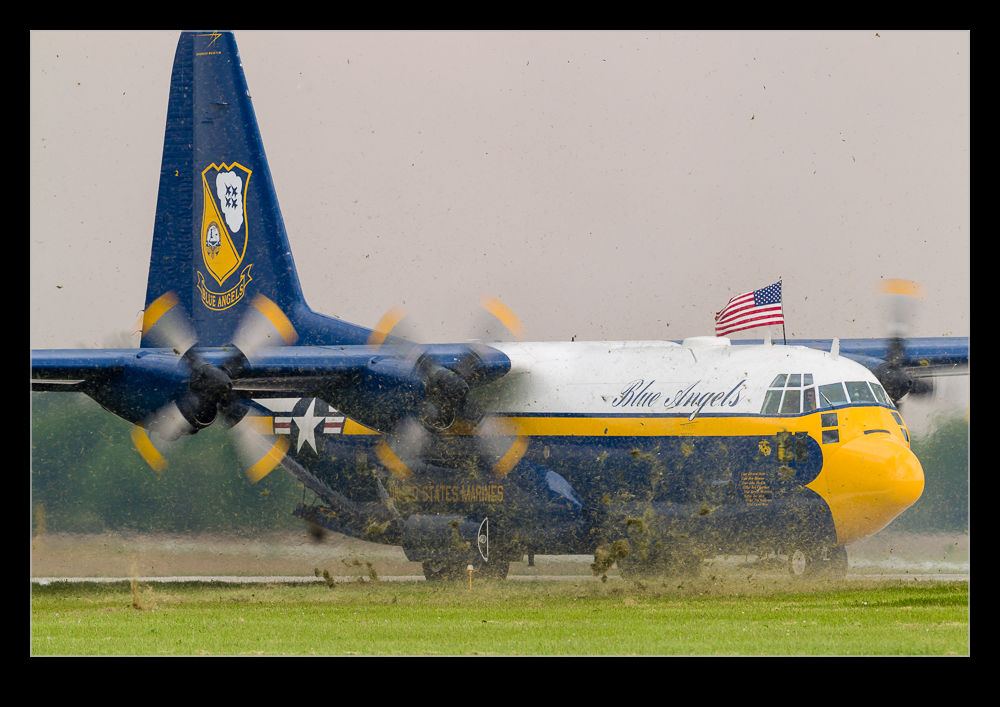