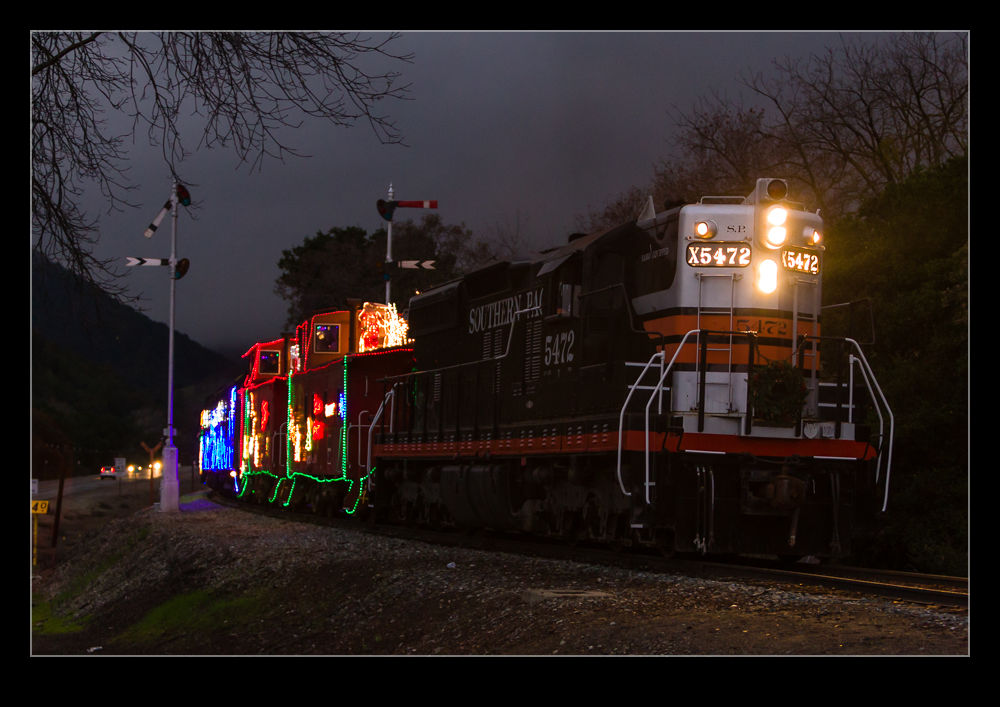 A short distance south of us is a preserved railway, the Niles Canyon Railway. They run services all year along their corridor which runs in the attractive Niles Canyon between Niles and Sunol. During the time around Christmas, they run a train with lights illuminating the vehicles. They have a mix of coaches and open cars all of which have lights and illuminated shapes along the sides. A diesel locomotive at each pulls the train in each direction. 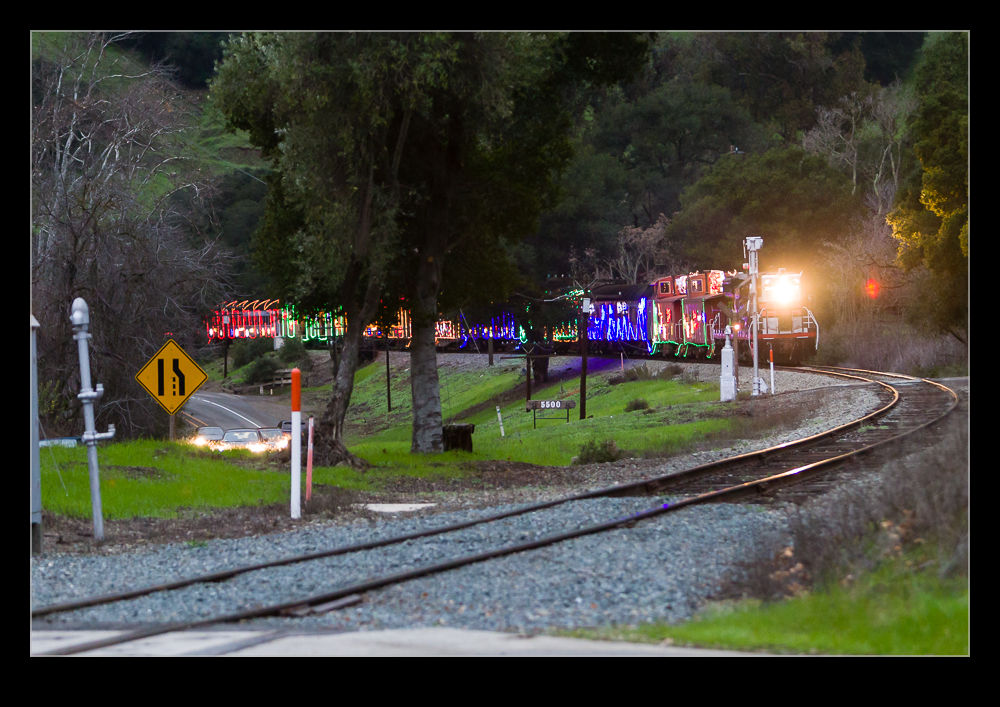 I figured I would pop along to see what it looked like. I got to Niles ahead of the departure which was still before the sun had gone down. I found a location near the station where the train was just up a bank from me. I got some shots as it passed by and then headed up the canyon to be in Sunol when it arrived. 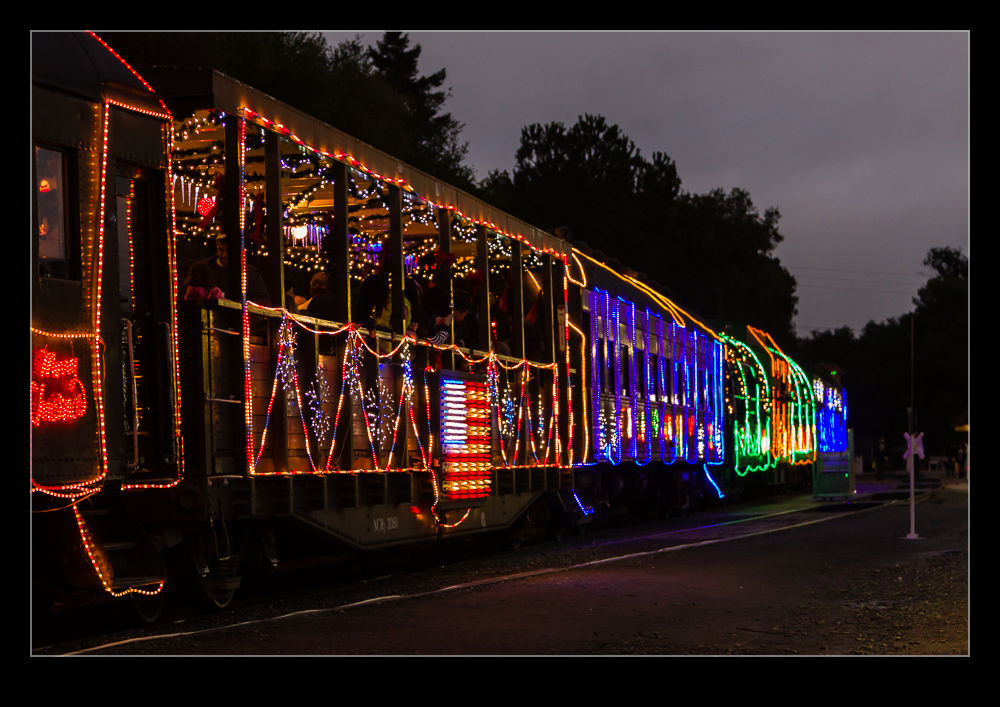 As I drove along the canyon, it was clear that there were a few places where it would be possible to stop and see the train pass. I picked one location and waited for it to come through. This was a far better place to shoot from. I was at pretty high ISO and handheld but the low shutter speed did mean that I had parallax issues causing the distant parts of the train to blur out a lot. 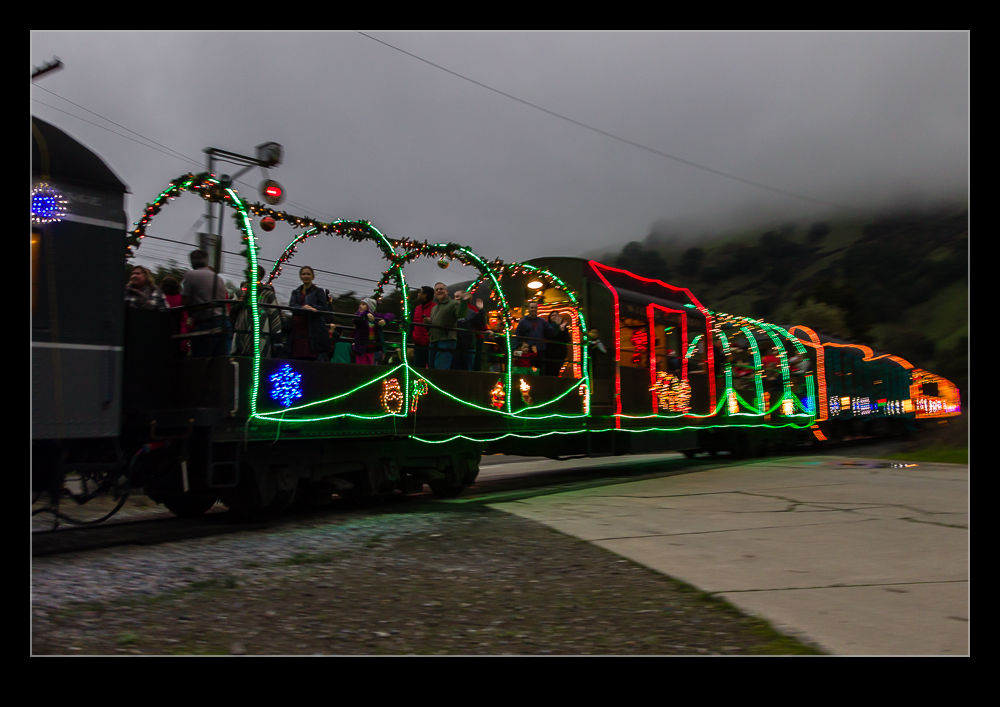 The train is pretty slow – like all preserved railways – so I was still able to get to Sunol ahead of it. I saw it come in and the crew turned it around for the leg back to Niles. By now it was quite dark. I chatted to one of the team after it left on the return leg and he explained that they would run a second journey later in the evening but this time starting at Sunol. Ridership was very good so this is obviously a popular trip for people.