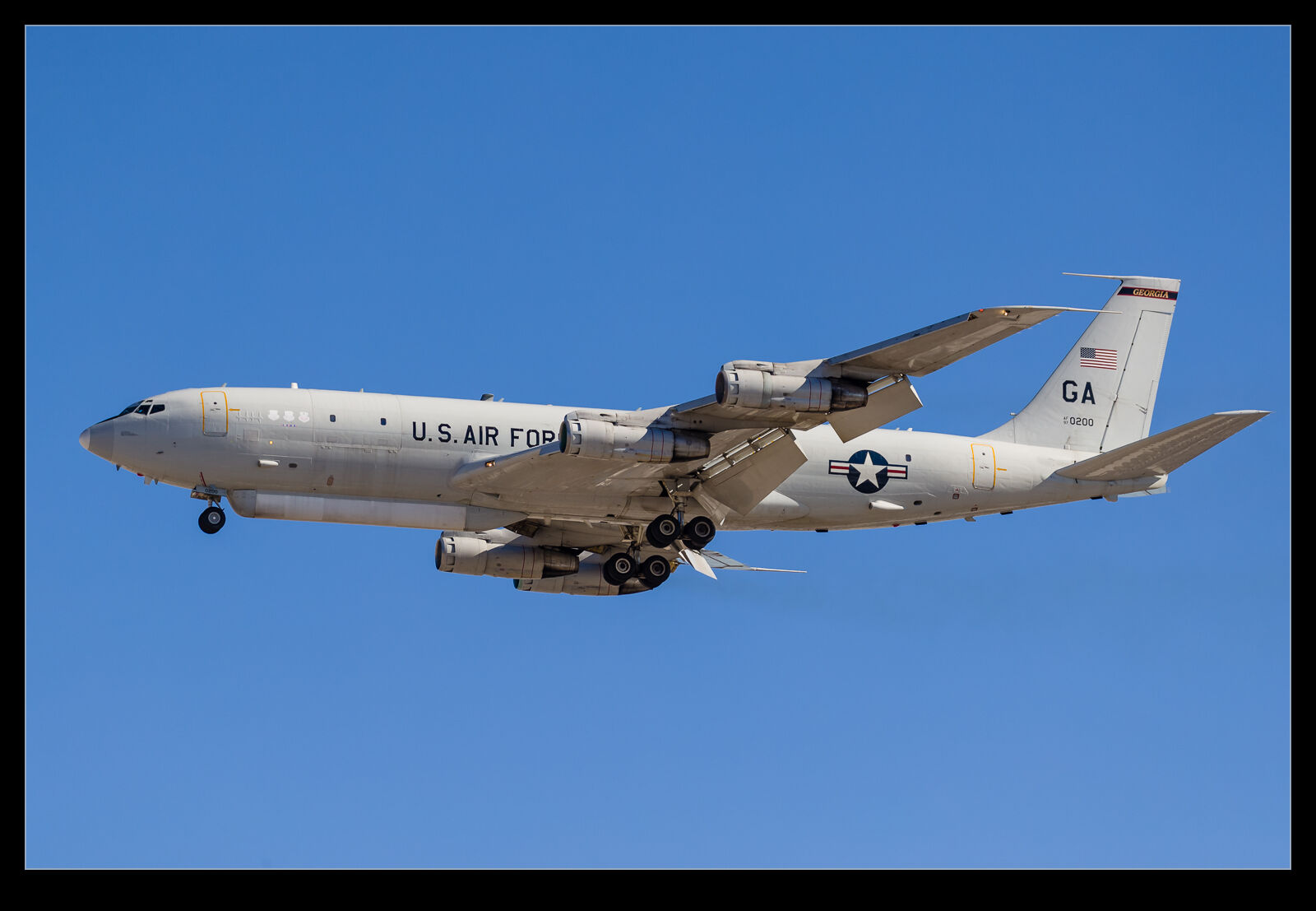 E-8 JSTARS are not a rare thing at Red Flag but they do often get involved in the night sorties.  Seeing one heading out to play for the daytime activities was a pleasant surprise.  On their return on the first day they were following in the KDC-10 that I mentioned in a previous post.  They also adopted some sporty approach techniques and were similarly unsuccessful in converting them in to a landing.  The go around ensued and was followed by a more conventional straight in approach and landing. 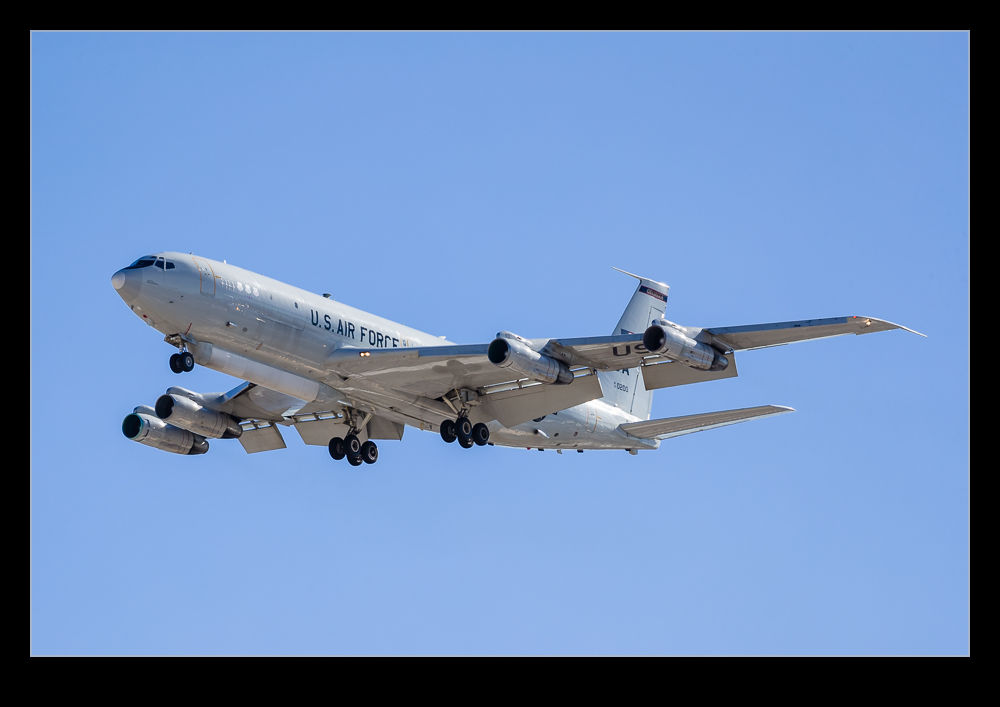 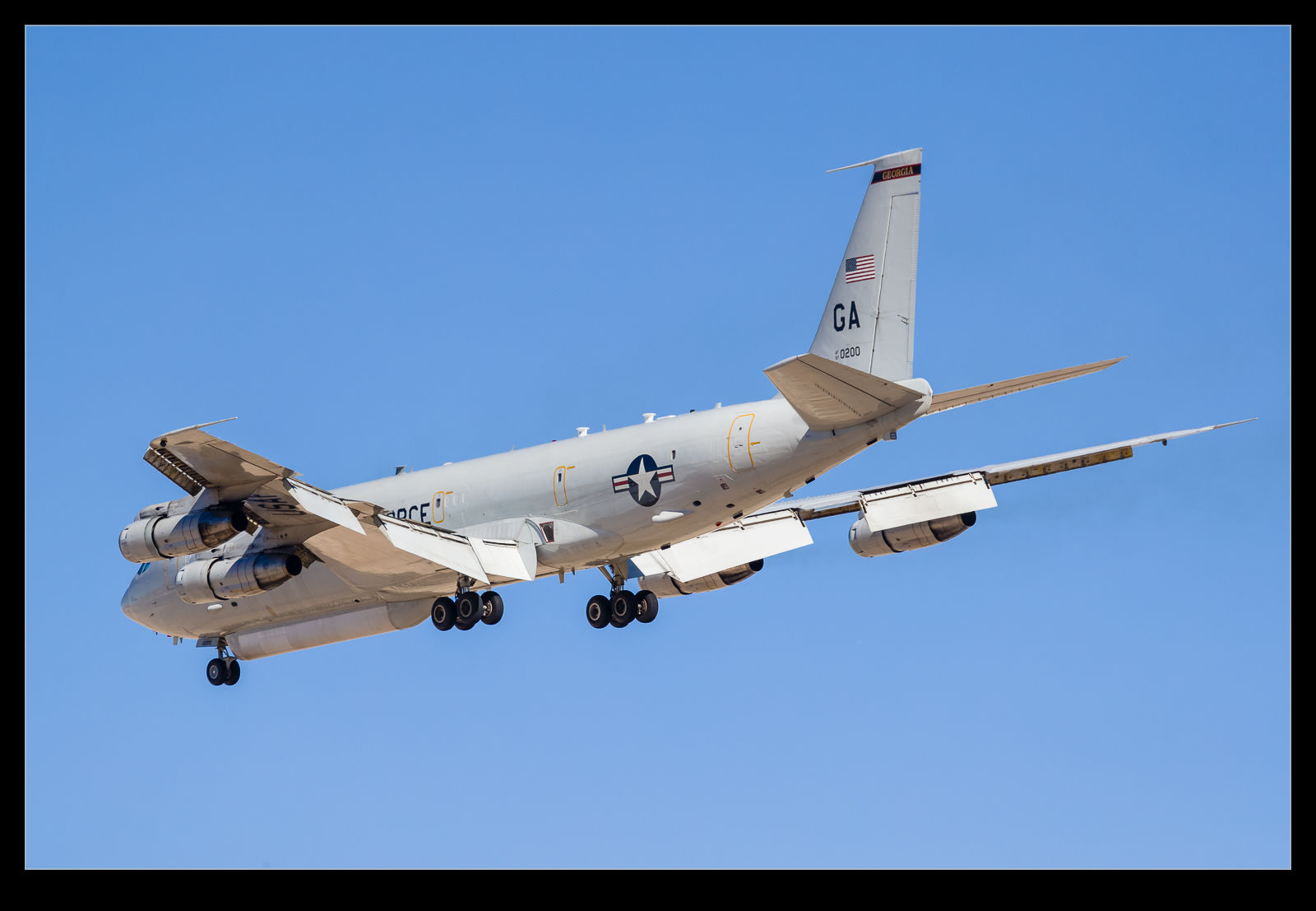