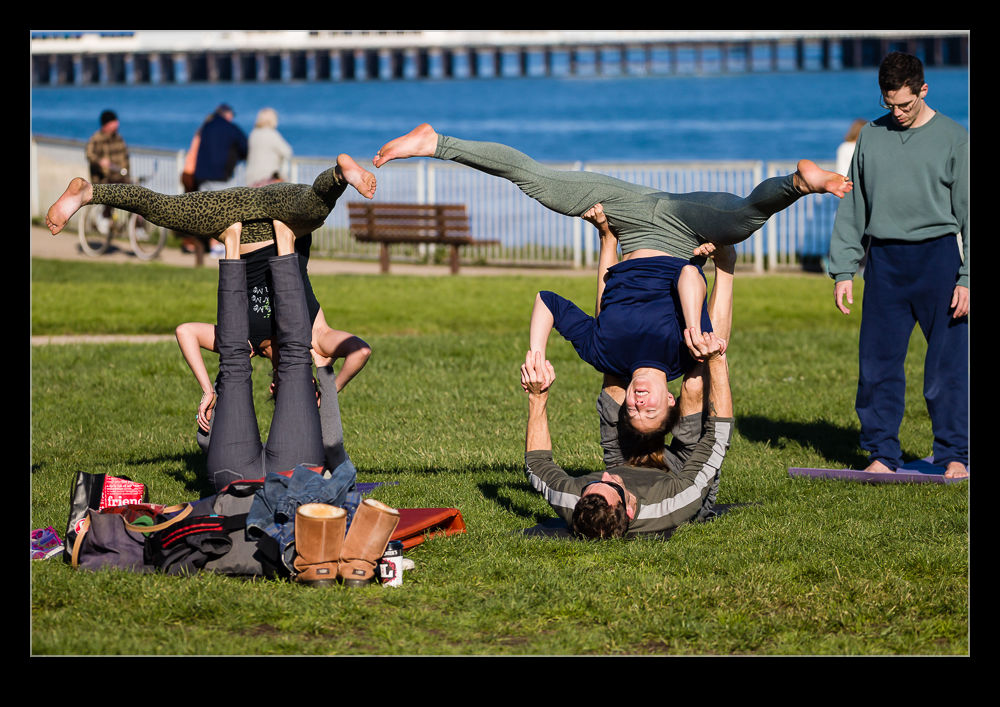 When I previously wrote you can see all sorts of thing at Santa Cruz, I wasn’t joking. As we walked back along the shore, a woman was walking a rope strung between two sections of fence. Unfortunately, she hopped off the rope just at the time we arrived so I didn’t get to see how good she was. However, she was with a group of people who turned out to be quite skilled. 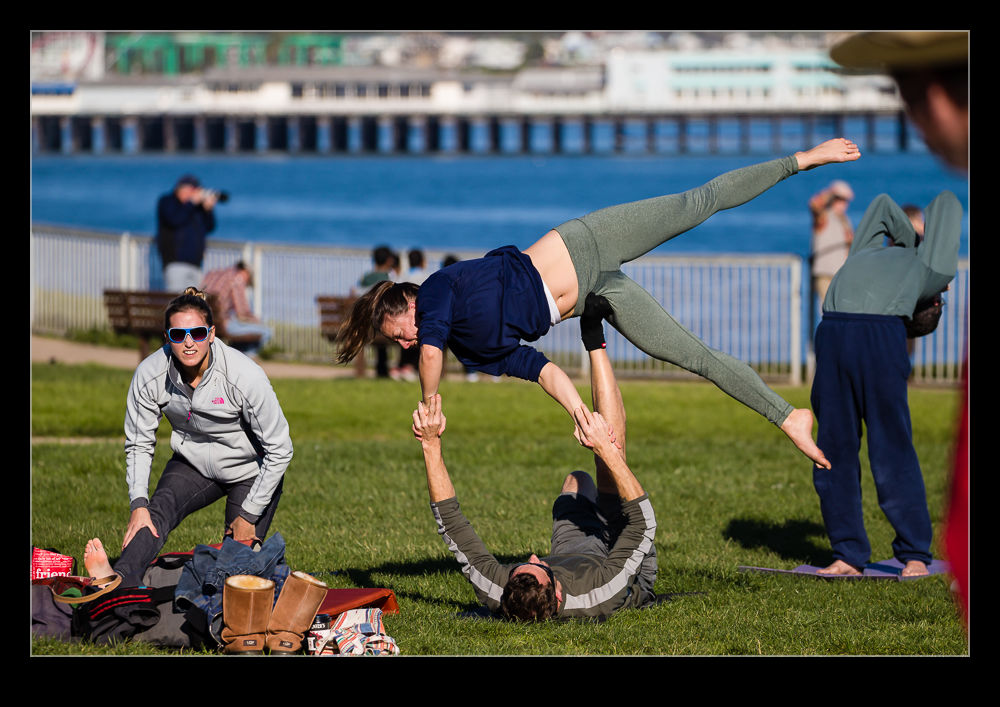 There were two pairs of people working on some balance routines. It was not clear whether they were acrobats or practitioners of some form of yoga. Whatever it may be, the guys were acting as a support while the women were balancing on them. They used hands and feet to hold them up while the positions changed. They were obviously pretty good at this stuff and confident enough to do this in front of a lot of people on a sunny weekend day at the shore. There was never a shortage of people watching them at work. 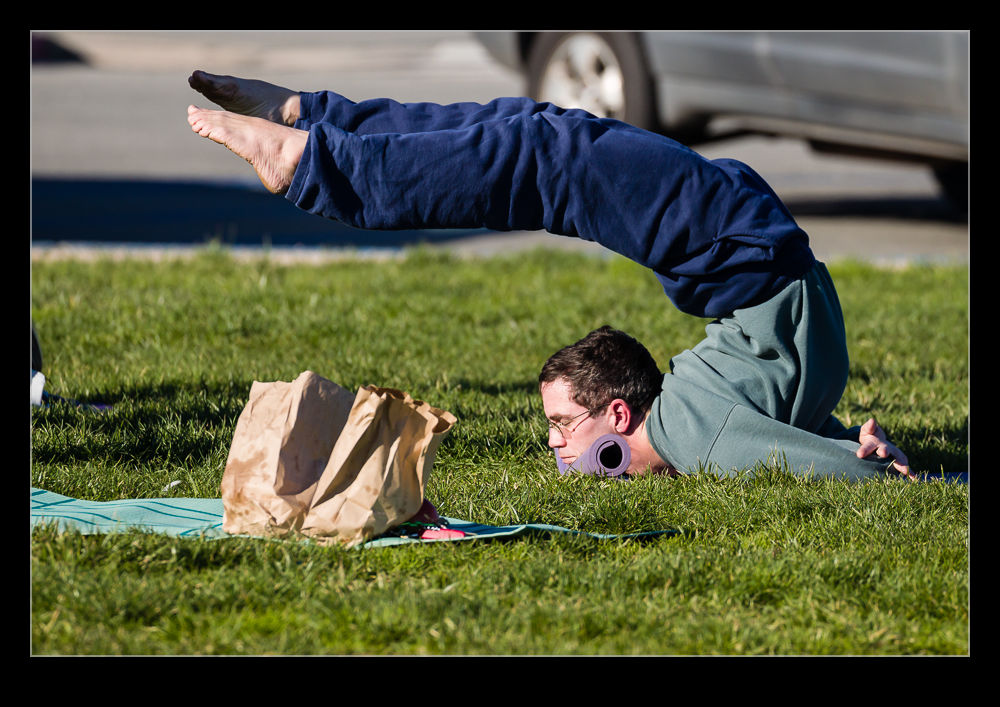 Things like this impress me a lot. Someone doing something well that I have no idea how to do (or innate talent for) is bound to get me to pay attention. If you know the definition of what they were doing, please let me know.