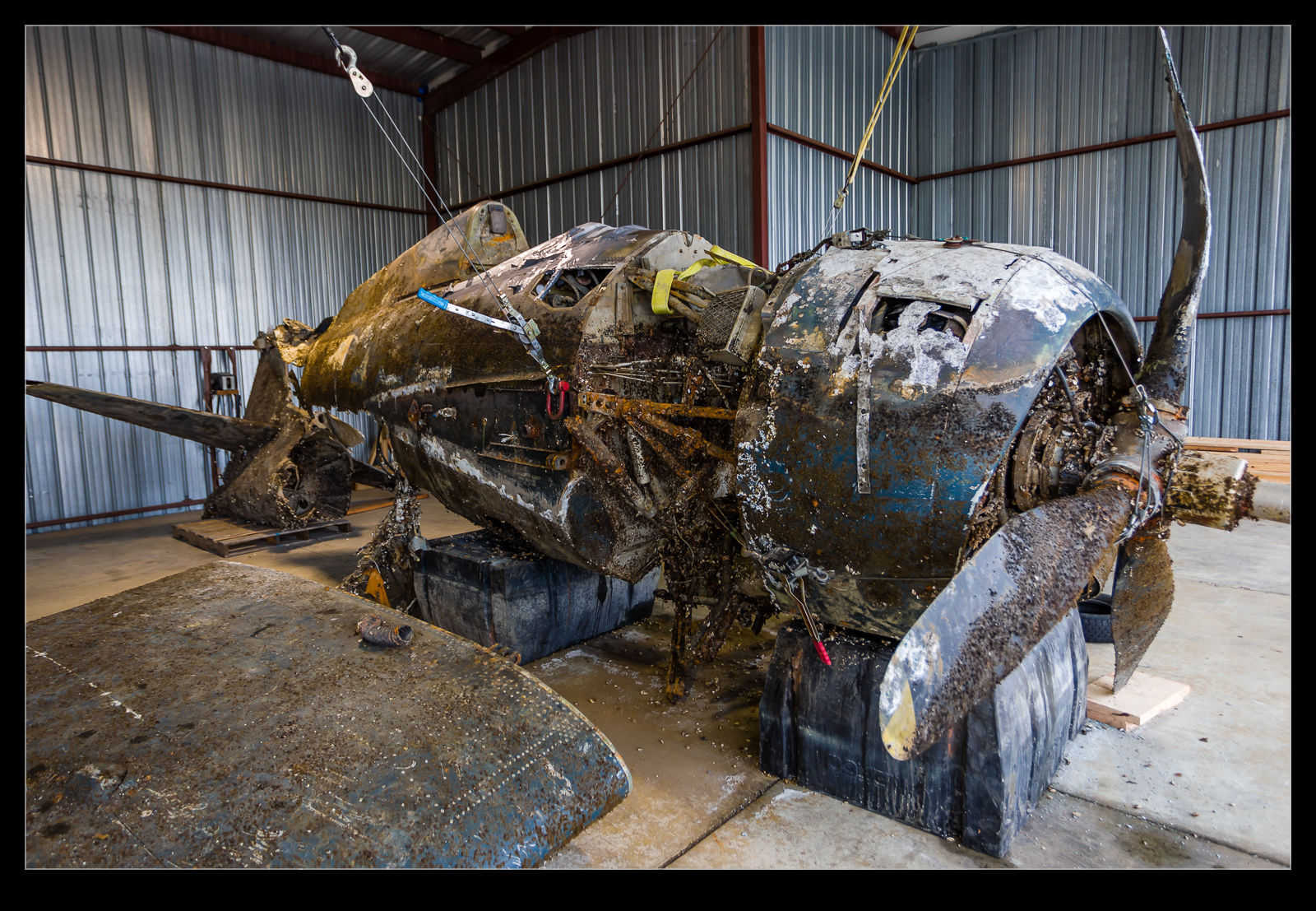 In 2012, A Grumman Wildcat was raised from the bottom of Lake Michigan.  The lake has numerous wrecks scattered across it as a result of the training that was undertaken during the Second World War with students ditching their aircraft.  Many have been raised over the years with some being restored to flight and others ending up in museums.  The one that was raised in 2012 was the subject of a piece I put together for Global Aviation Magazine. 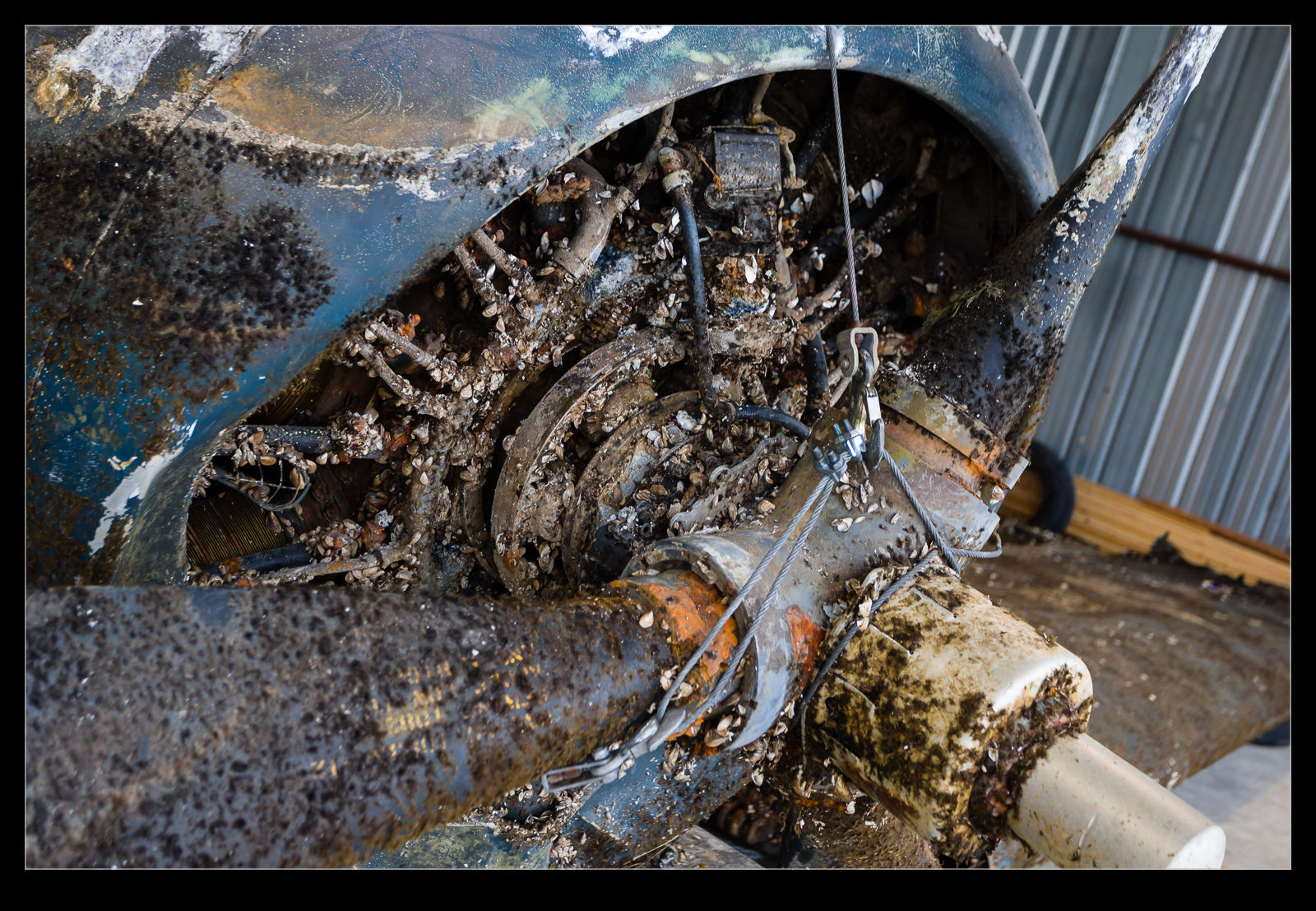 The airframe was moved to a hangar under the control of Chuck Greenhill (who had financed the recovery) at Kenosha Airport after it was raised from the water and this was where I got to see it.  Opening the hangar door was quite a shock because the smell was pretty overpowering.  The airframe was covered in various creatures that had attached themselves over the years and they were not doing well in the air of the hangar.  It was a tough smell initially.  You got used to it a bit and having the hangar door open helped to get some fresh air in there. 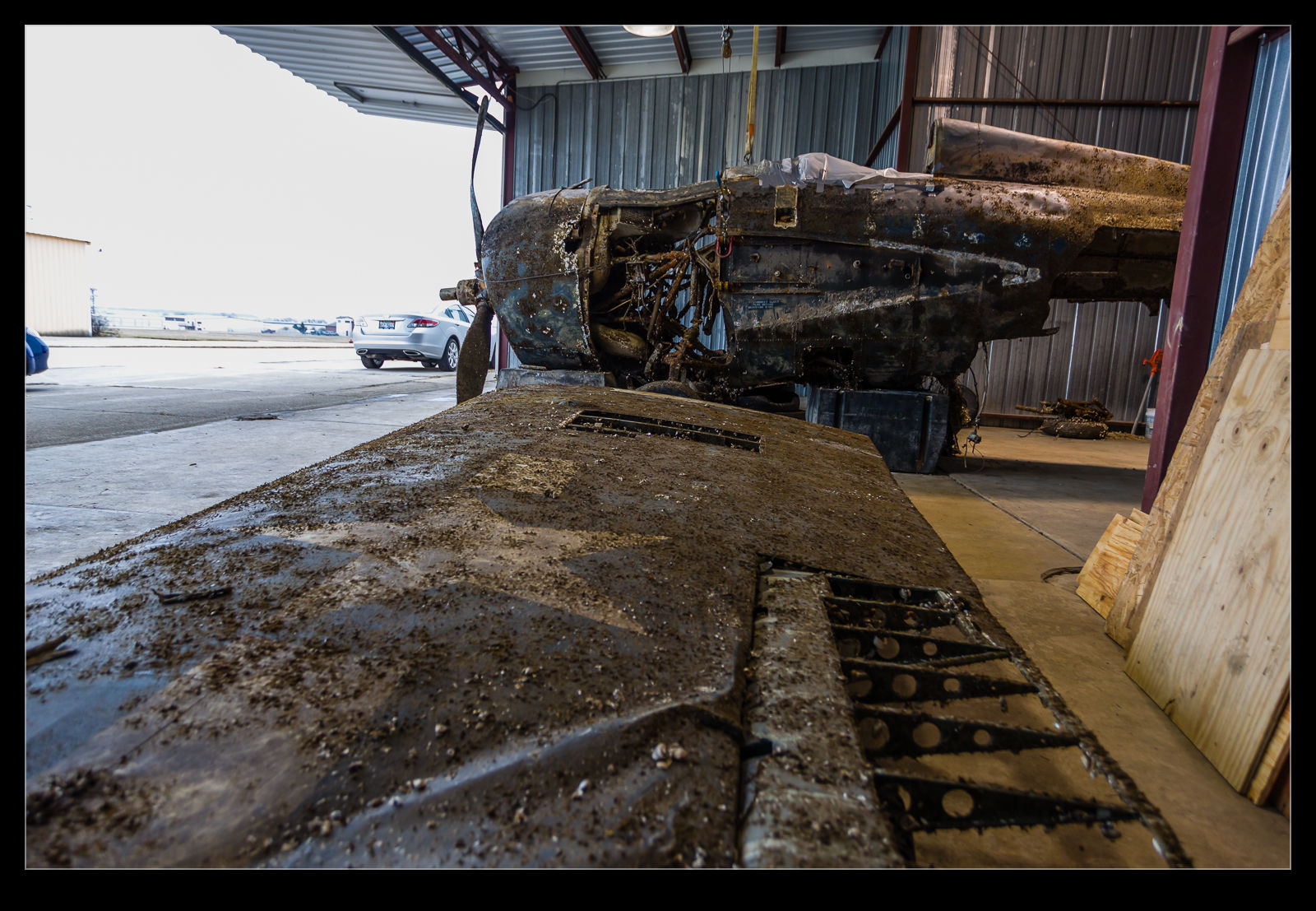 The airframe was in several parts.  The wings were laid out in place and the tail section, which had separated at some point during the accident, was laid out behind it all.  Obviously, there was lots of damage to the aircraft given that it originally had crashed and then spent decades underwater.  The recovery process was delicate to avoid inflicting any further damage. 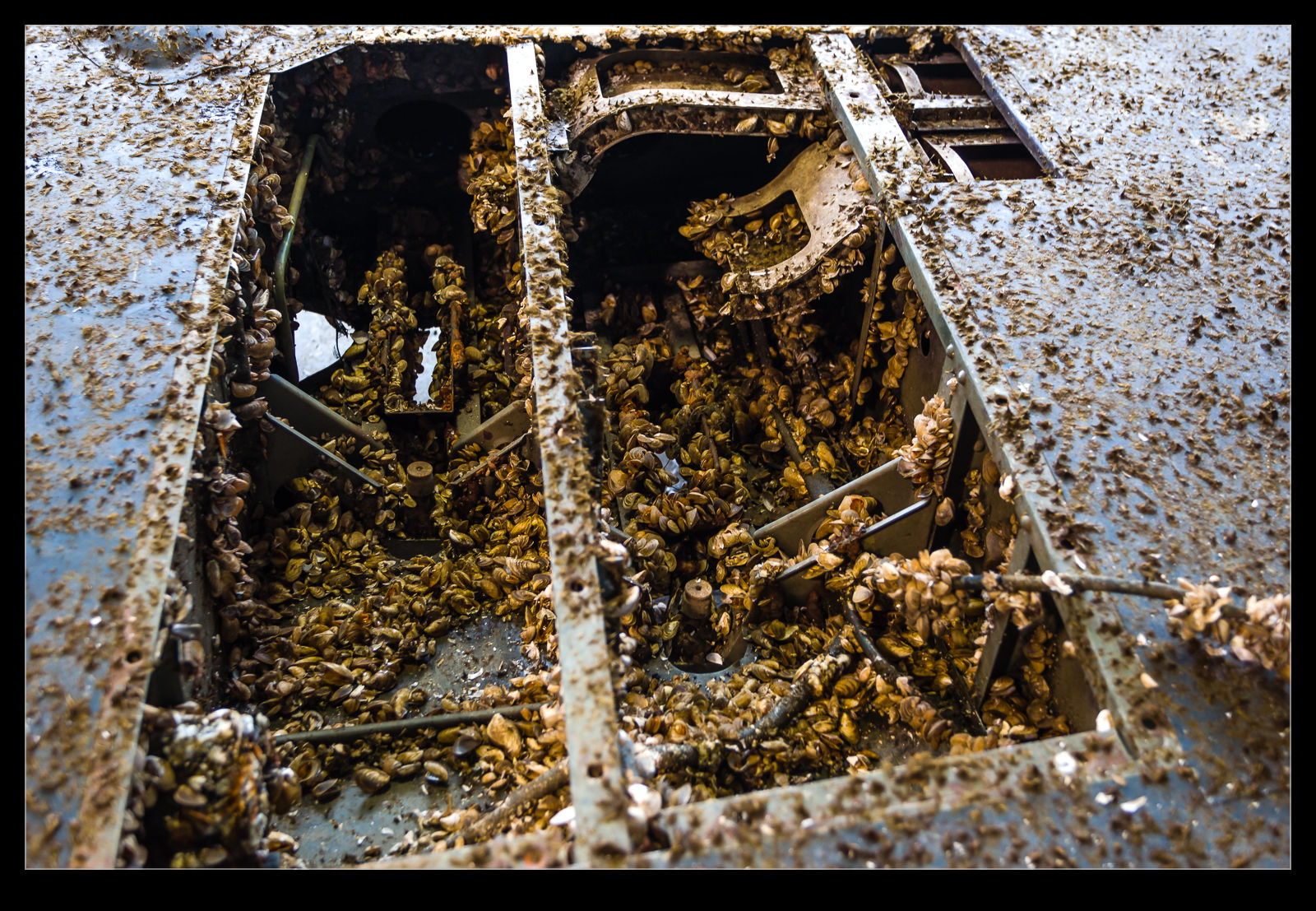 The airframe remains the property of the US Navy.  It was originally going to go to Pensacola for restoration but ended up going to the Air Zoo in Kalamazoo MI in the end.  It is currently undergoing restoration there. 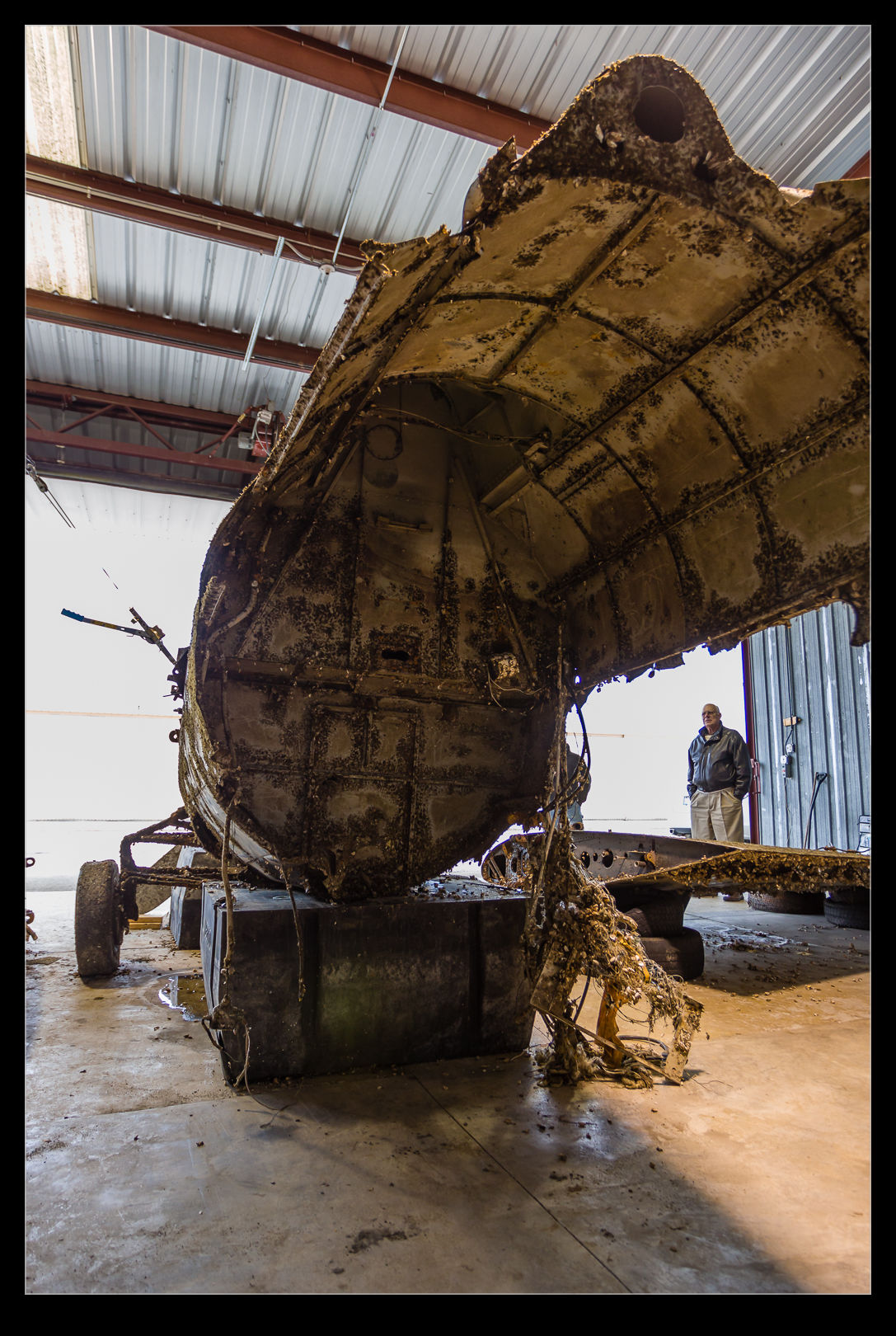 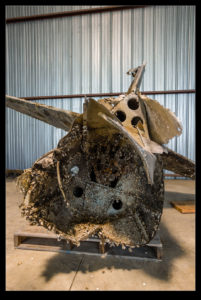 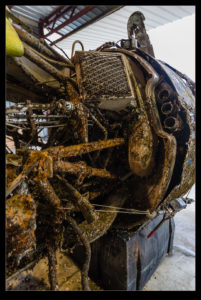 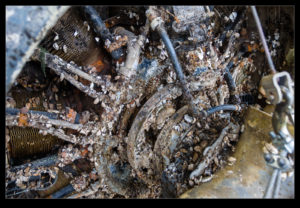 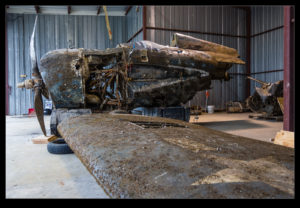