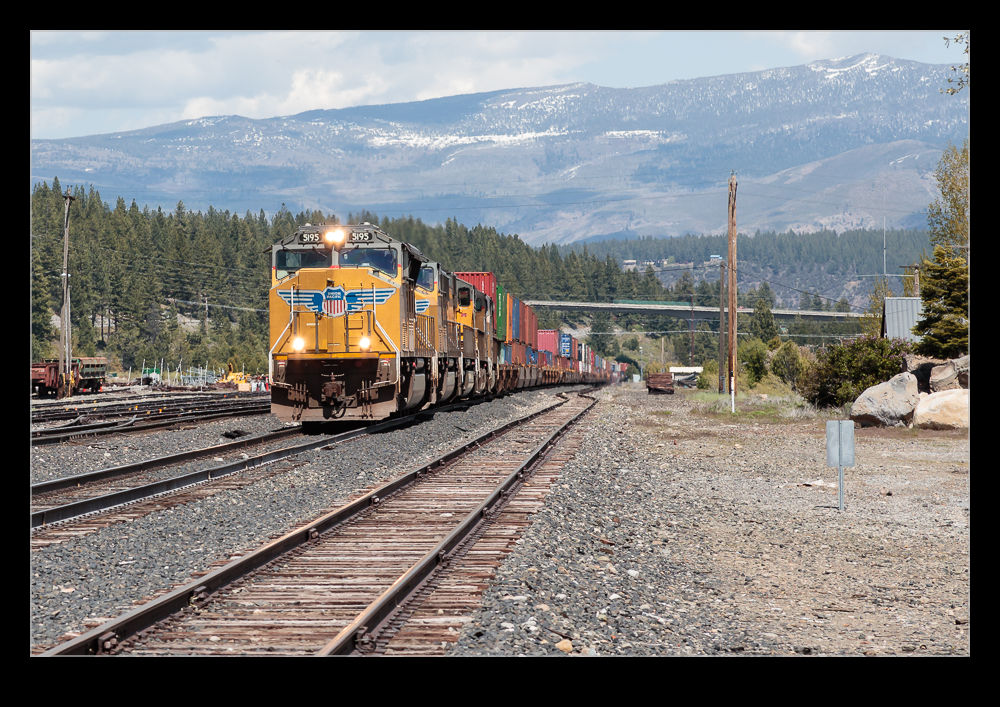 While we were walking around Truckee, a UP freight train pulled in to the town just short of a grade crossing.  At first I assumed it was going to head into the pass but it didn’t move.  We then figured out that an Amtrak train was due in from the opposite direction but was running about an hour late.  (The flight only started in the Bay Area so I have no idea how late it might have ended up being by the time it got to Chicago.)  Since there is only a single track, the UP train had to wait until the route was clear.  We left before it did so I hope they got on their way before too long.