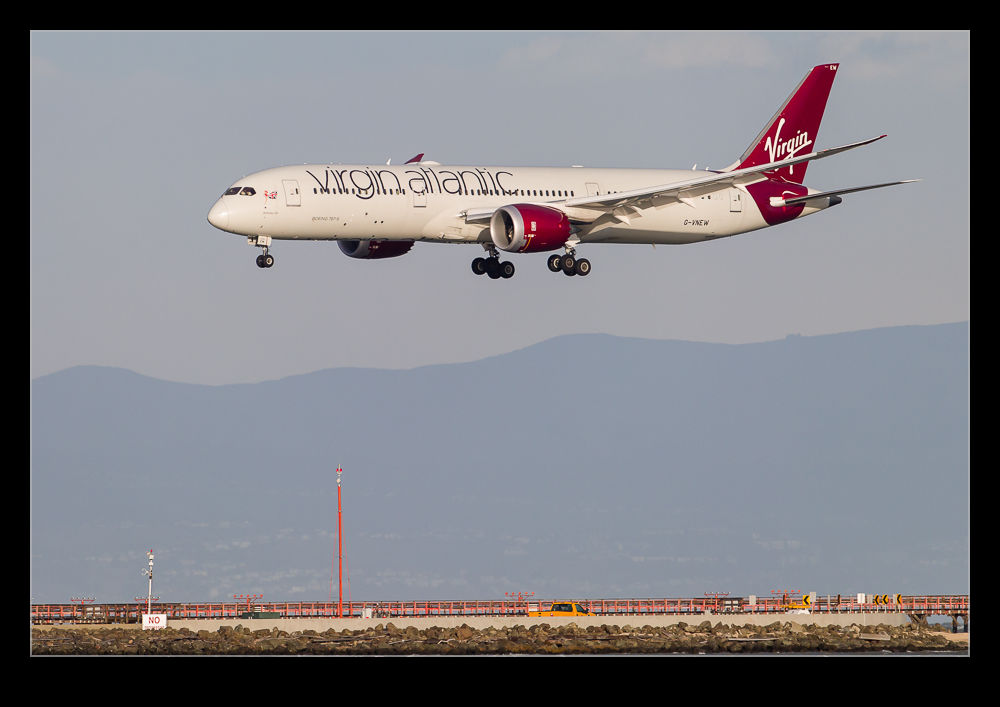 Not long ago I wrote here about the effort to get a Virgin Atlantic A340-600 before they were retired. At the time I noted that Virgin had added a second flight to SFO and it was using the 340 prior to the availability of the Boeing 787-9 later in the year. It turns out that things have changed a little. The 787 is now operating the service but, rather than replace the A340, it has replaced the 747-400 and the A340 is running the additional flight albeit only on weekdays. 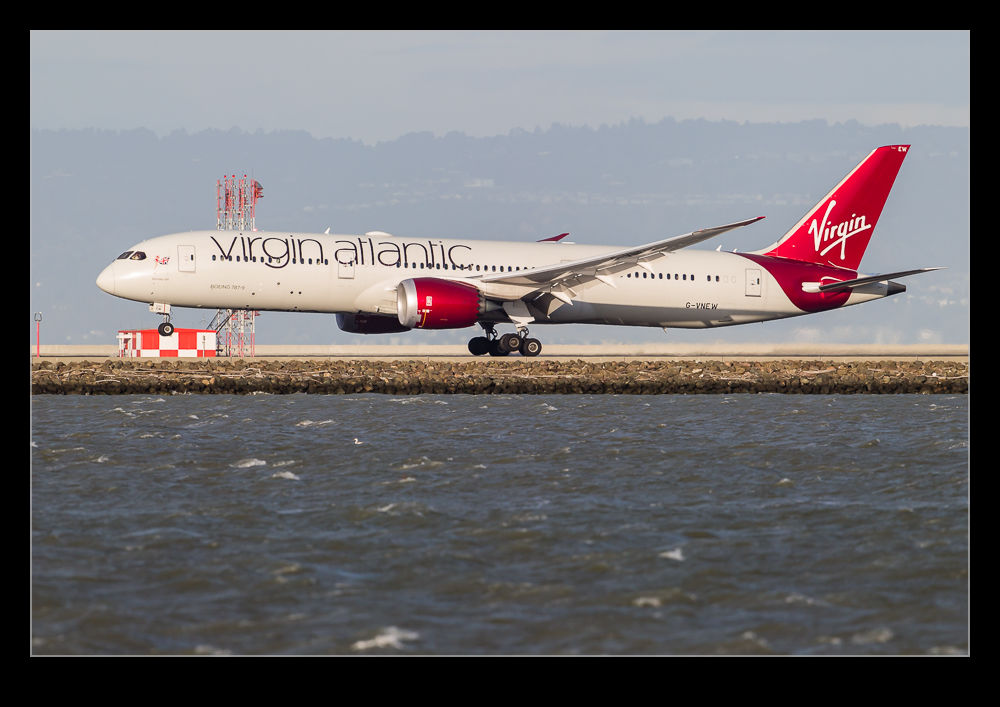 The loss of the 747 is another example of how quickly they are disappearing from services as I have written about a few times now. However, it is nice to have the new type and still retain the increasingly rare A340. Unfortunately, getting out on a weekday to catch the 340 is not usually practical. I have managed to see the 787 at last though. Winter can be a great time to photograph aircraft with low, soft light. It can also combine with crappy weather in the form of high and gusting winds though. Such was the case this time. Hiding behind a tree to try and minimize the impact on the camera does help though. Interestingly, the colors of Virgin Atlantic’s latest scheme do not seem to like digital capture. The red seems a lot more subdued in my images than I recall it being! 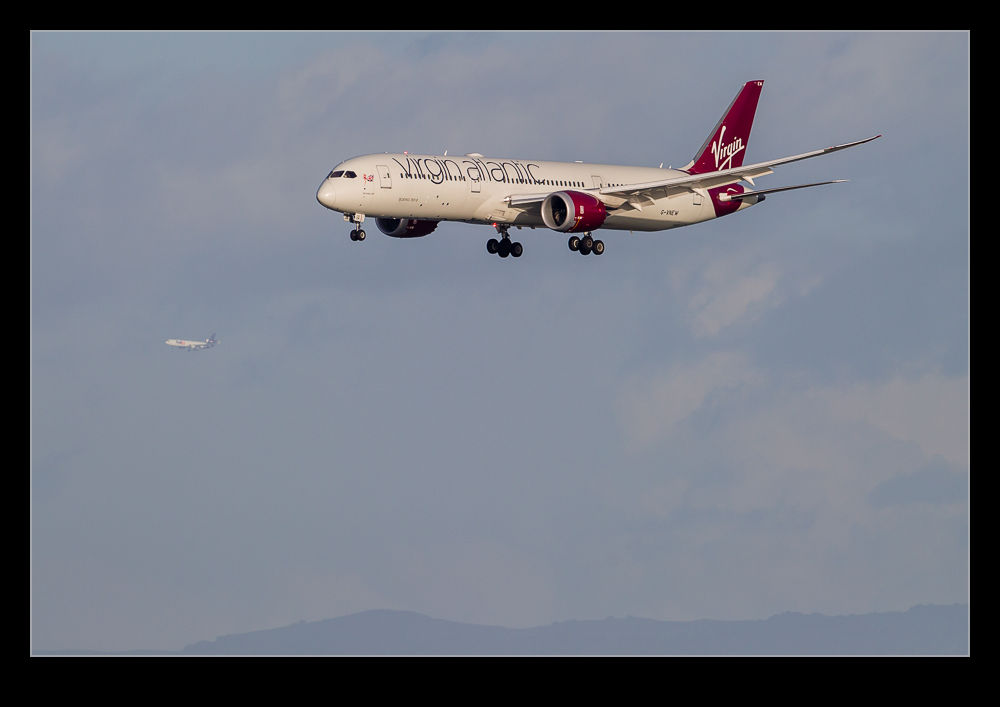