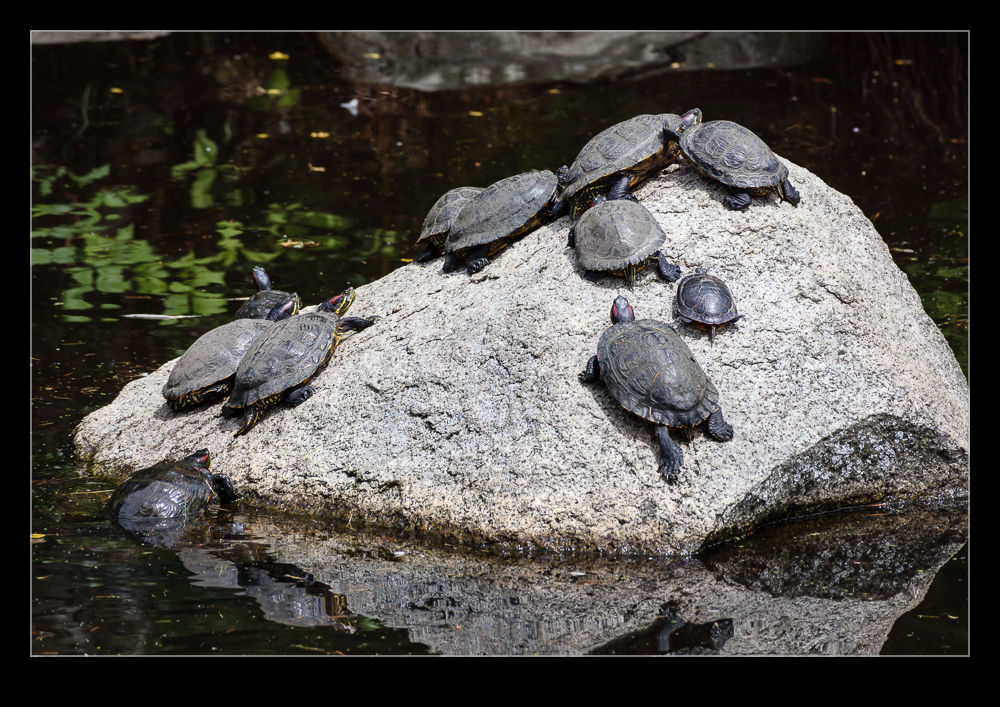 The pond in Point Defiance Park was busy with ducks everywhere but they weren’t the only occupants of the water.  There were quite a lot of turtles, particularly given how small the pond was.  There was one rock in the pond that appeared to be the best spot for a turtle.  It was fully occupied.  A couple of other turtles seemed to be interested in getting on but the inhabitants were not intent on sharing and they were “discouraged” from joining.