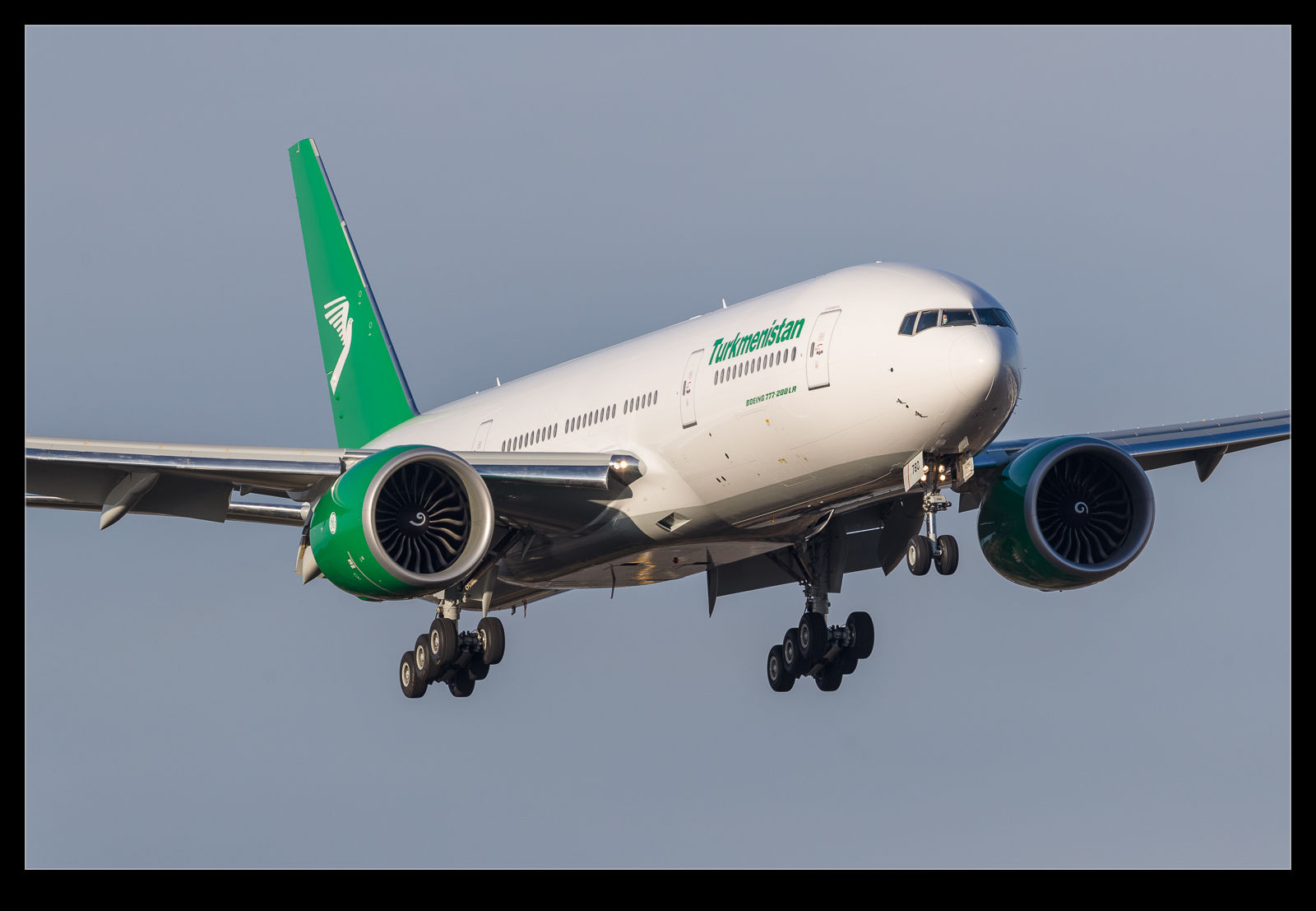 I have posted a fair few things from an evening spent at Paine Field after work.  Ironically, the reason for actually being there is the last topic to get a post from that visit.  Boeing continues to build 777s ahead of the introduction to service (eventually) of the 777X.  Almost all deliveries are of the 777-300ER.  Its sister ship was the 777-200LR, a lower capacity plane with longer range to meet the need of extreme range operations. 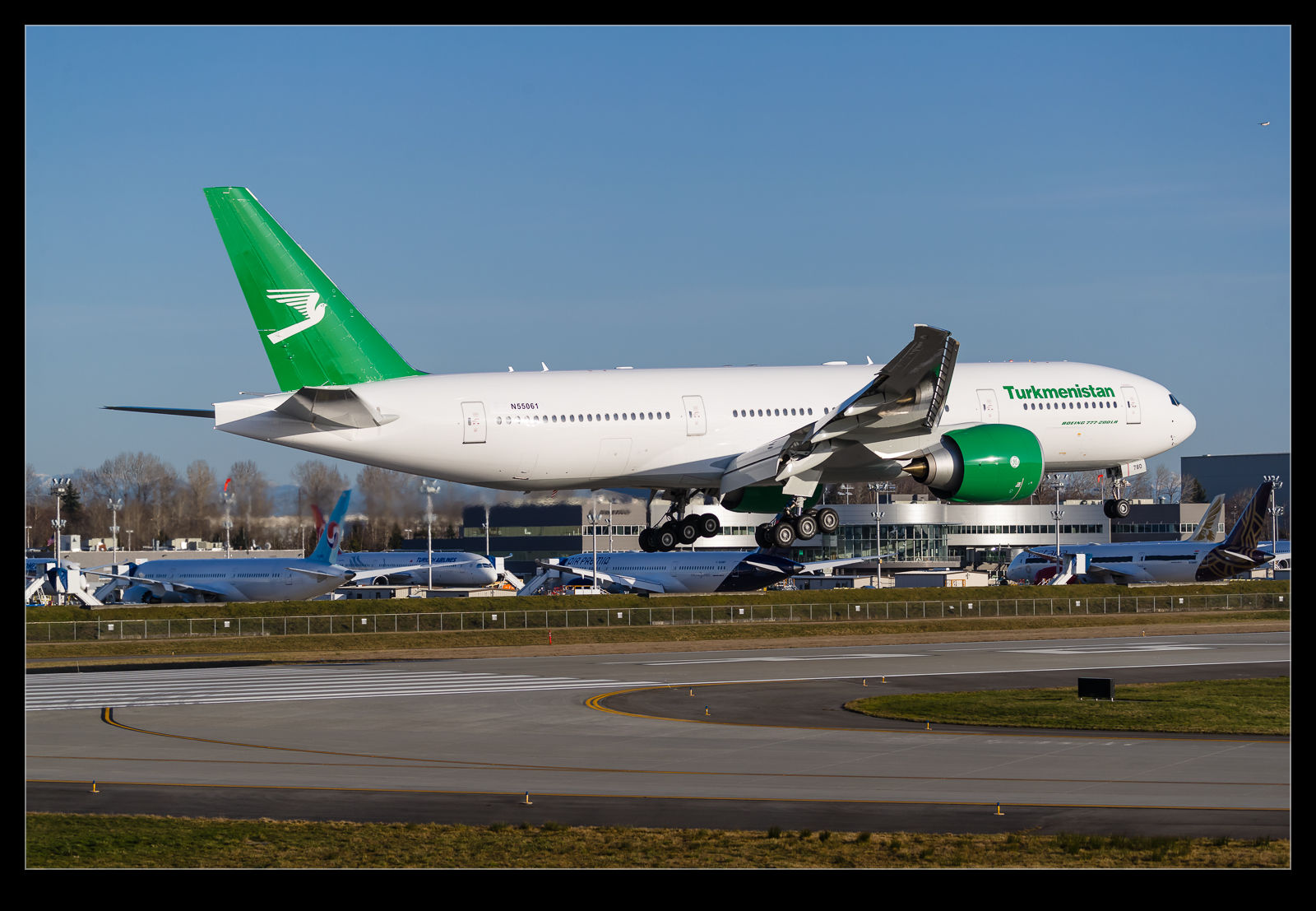 None of these have been built for a while but one more was on order.  (The 777F is a variant of the 200LR and it continues to sell well.). This final 200LR was order by Turkmenistan.  Getting the last of the type was of some interest but an aircraft from Turkmenistan was more unusual so I wanted to see it.  Turned out it was on a test flight in the afternoon when the weather was nice and it was due back at the end of the day. 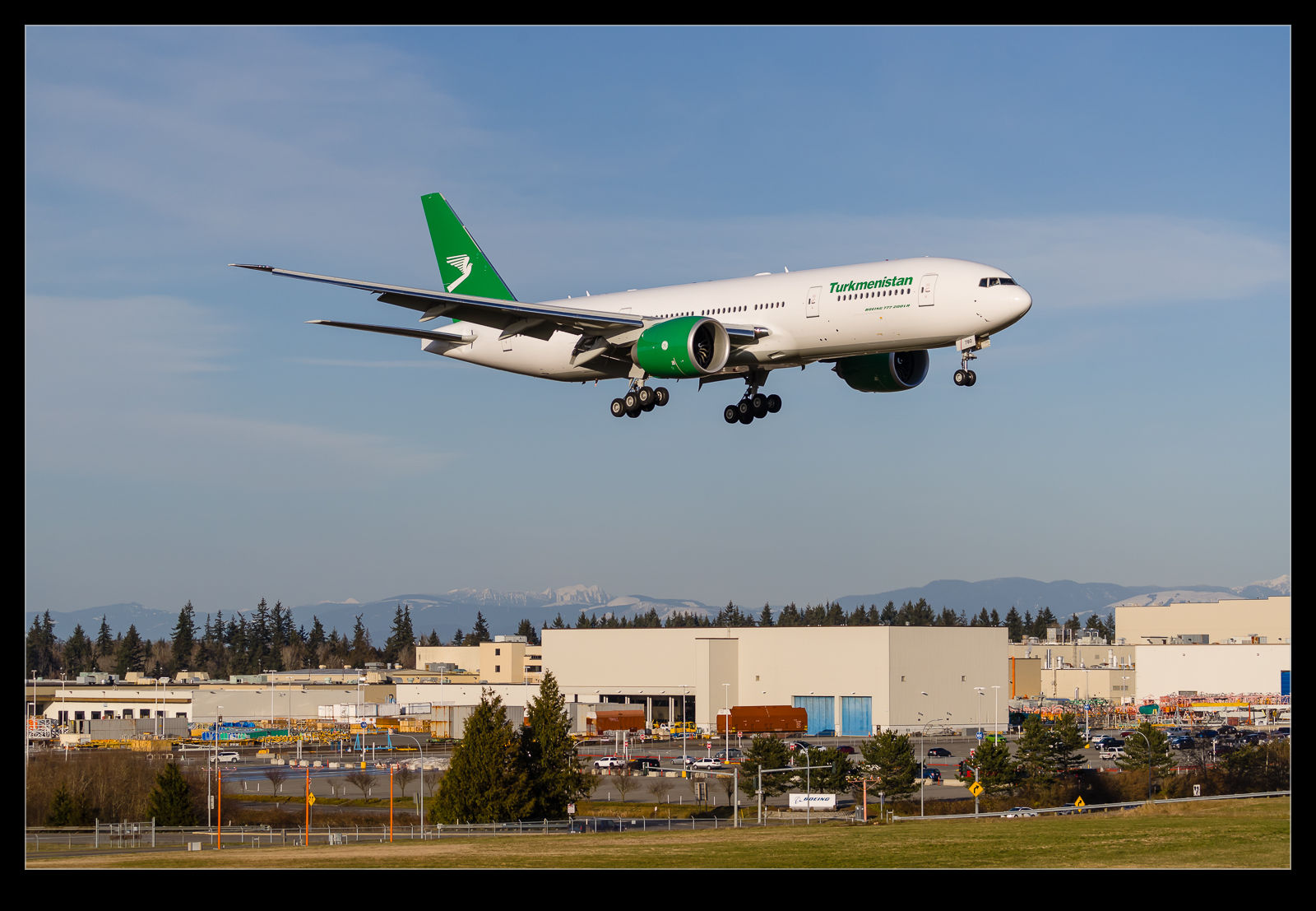 I thought it was going to mess with me.  When it showed up approaching the field, instead of lining up on approach, it flew across the approach path to the west.  However, this was just a feint and it then came back and flew an approach.  Not the most exciting of colors for an aircraft but the last of the line and an unusual country made it worth going – besides, it was a lovely evening so being out was worth it anyway!