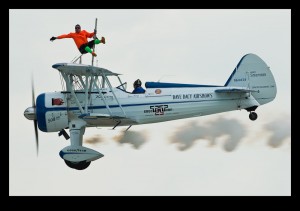 In a previous post I mentioned my trip to Indianapolis for the air show at Mount Comfort.  A few things were going to make getting good shots tricky at this event.  First, the crowd face south at the show so, through the majority of the display, there is a strong chance of back lighting.  Also the forecast was not for great weather. 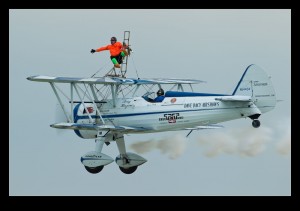 This forecast was one of the things that actually helped persuade me to go.  With a lot of cloud, the backlighting might actually have been tempered.  Also, with the possibility of rain, it might even work out that a lot of vapor could show up during the displays.  It could also mean getting drenched with no flying, though, so a chance was taken.  There is always the nice idea of a bit of sun on an aircraft with an evil looking sky behind it. 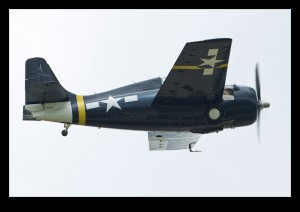 When I am at a show with a backlighting issue, I tend to try and go to one extreme of the crowd line.  This can have two advantages.  First you get some different angles from the normal shots that being near show center gives.  Second, by picking the end carefully, you can get sections of the display that at least have the sun on a quarter position rather than head on. 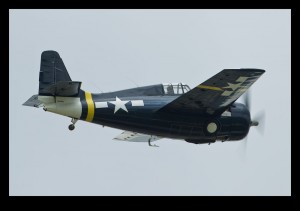 Metering in these situations can be tricky.  You can go with exposure compensation based on your view of the sky brightness with anything between +1 and +2 a possibility.  Alternatively, you might try manual metering based on some pre-readings.  That is a lot easier to go with when the lighting is more consistent – constantly changing skies make manual metering a lot more work.  I have used both.  Of course, with harsh backlight, there is only so much you can 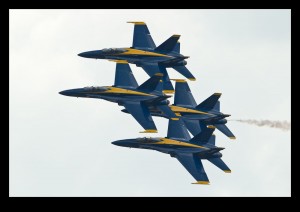 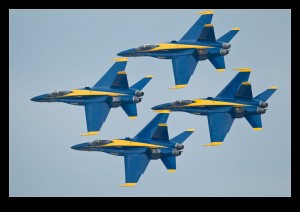 do.  Good exposure on the subject is not going to be matched with a great background.  Therefore, there are only going to be certain angles that can get a reasonable chance of a good shot.  Does that stop me shooting at the other angles?  Of course not!!  I have tons of images that are no-hopers but the fun of the shoot and the way things look better through the viewfinder are highly likely to stop the part of the brain that says no point shooting now.  Of course, there is an upside to this.  Tracking the aircraft throughout its pass does put you in a good position to get a better shot when the light is good.

Another thing to look for is exploiting the conditions to get a different look.  Normally when shooting aircraft you are trying desperately to avoid a silhouette.  An alternative is to go for that look deliberately and get something a little different from the normal shot.  It isn’t always going to work but when your options are limited, why not try something else? 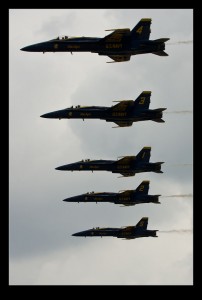 One last thought, panning with aircraft to get a good shot is something that is always worth practicing (if you want to shoot aircraft that is!).  Even crummy conditions can be good panning practice and will set you up well for the time when the conditions are good and you need to be ready.