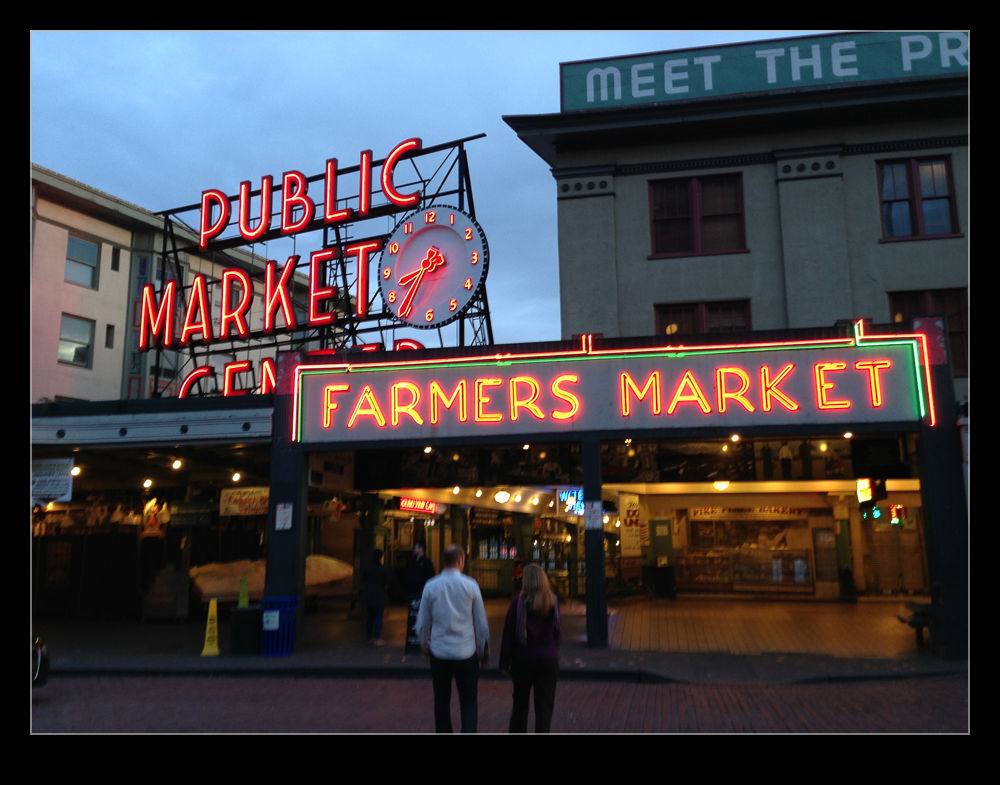 While in downtown Seattle, I was introduced to something that I had never heard about. It is the gum wall. Not having heard about this before, I was curious. It is a wall where people have taken to sticking their used gum creating a wall of gum. We actually went in the wrong direction initially so didn’t find it. A reversal of course took us back to Pike Place Market and a word with a guy who worked there provided us with directions. It was very close. 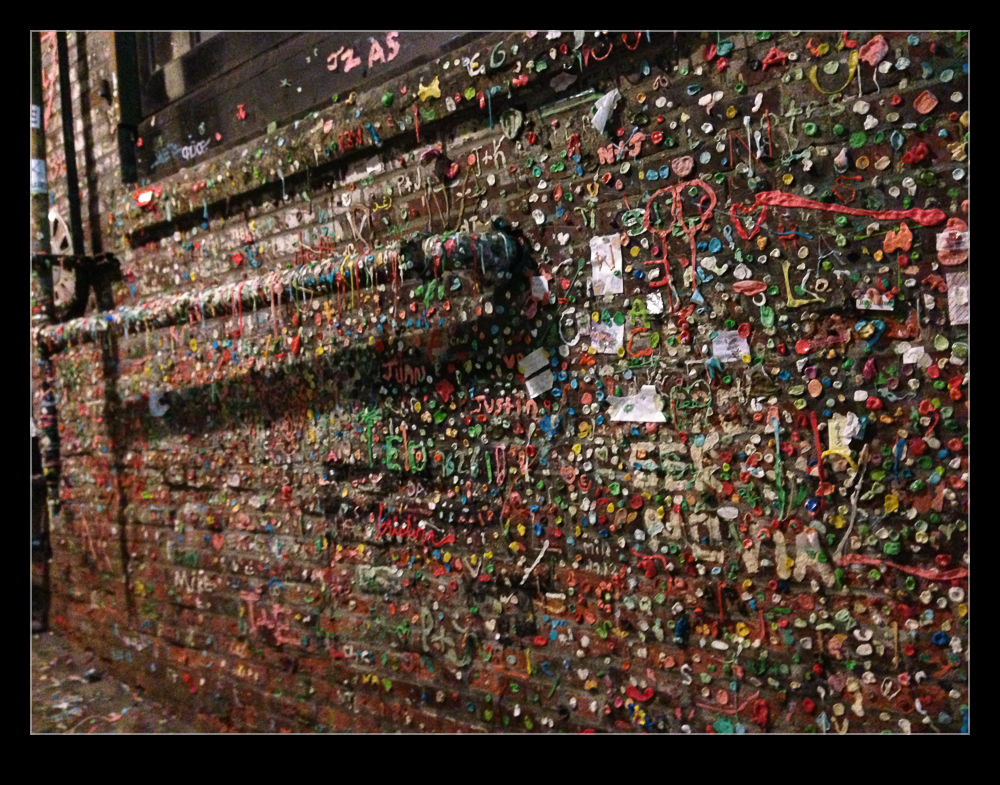 His parting words were to try not to lose our lunch. I thought he was joking but he was spot on. When I first saw the wall, I did experience a pretty nauseous feeling. It is quite disgusting. After a while, you get used to it a bit more but it doesn’t stop being quite unpleasant. I only had my phone with my and it was rather dingy down there – even without the gum. However, I had to try and record what I saw. Not the nicest of tourist attractions but one that has a sort of morbid curiosity about it! 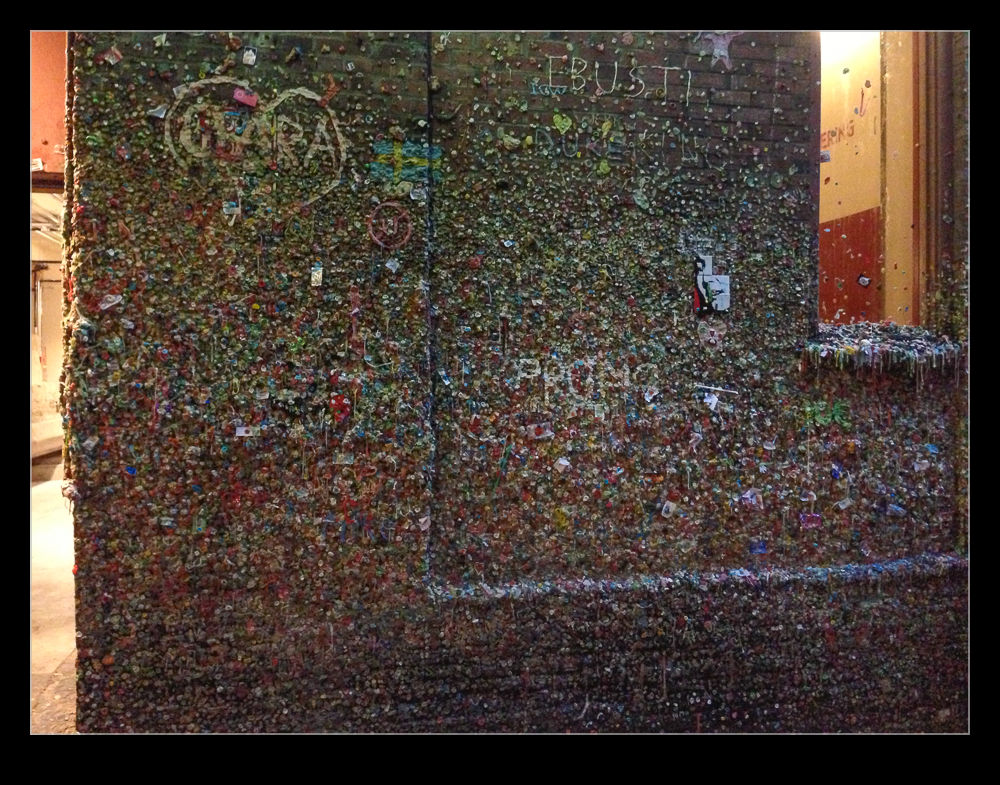