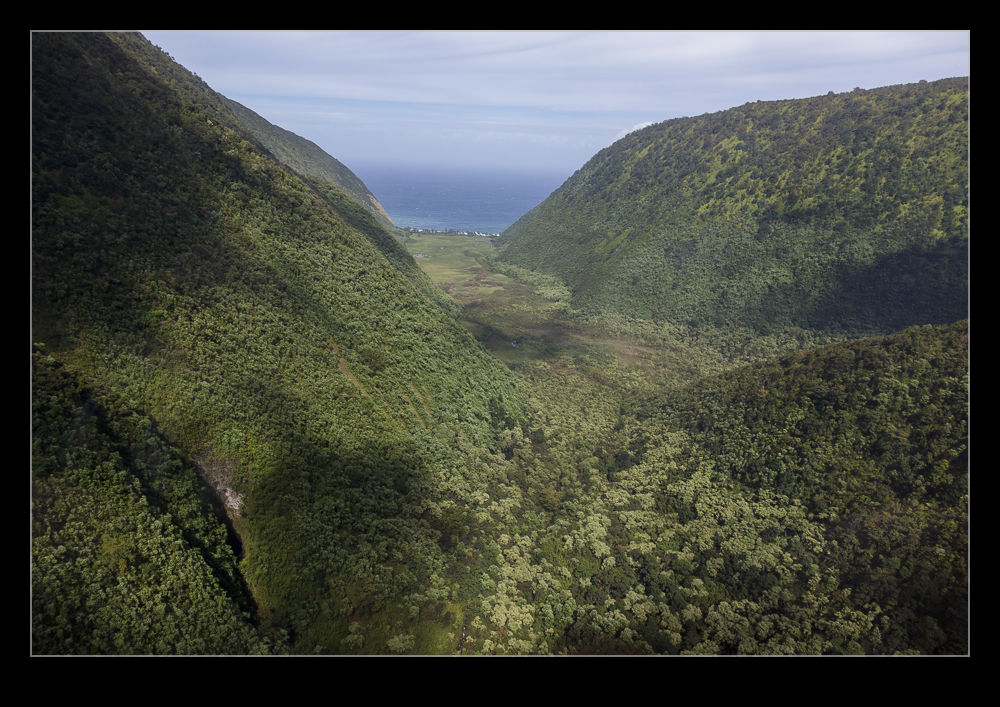 The Big Island has dramatically different characteristics as you move across it.  As we took our trip on the helicopter to see the volcanic activity, we continued up the east side of the island which is considerably wetter than the west.  There are dramatic valleys and high cliffs.  The terrain looks impressive from the air but I imagine it looks even more amazing when you are on the ground.  Our pilot described hiking around some of these valleys.  Crossing one ridge is apparently a six hour hike and that is if you are not loaded down with too much gear! 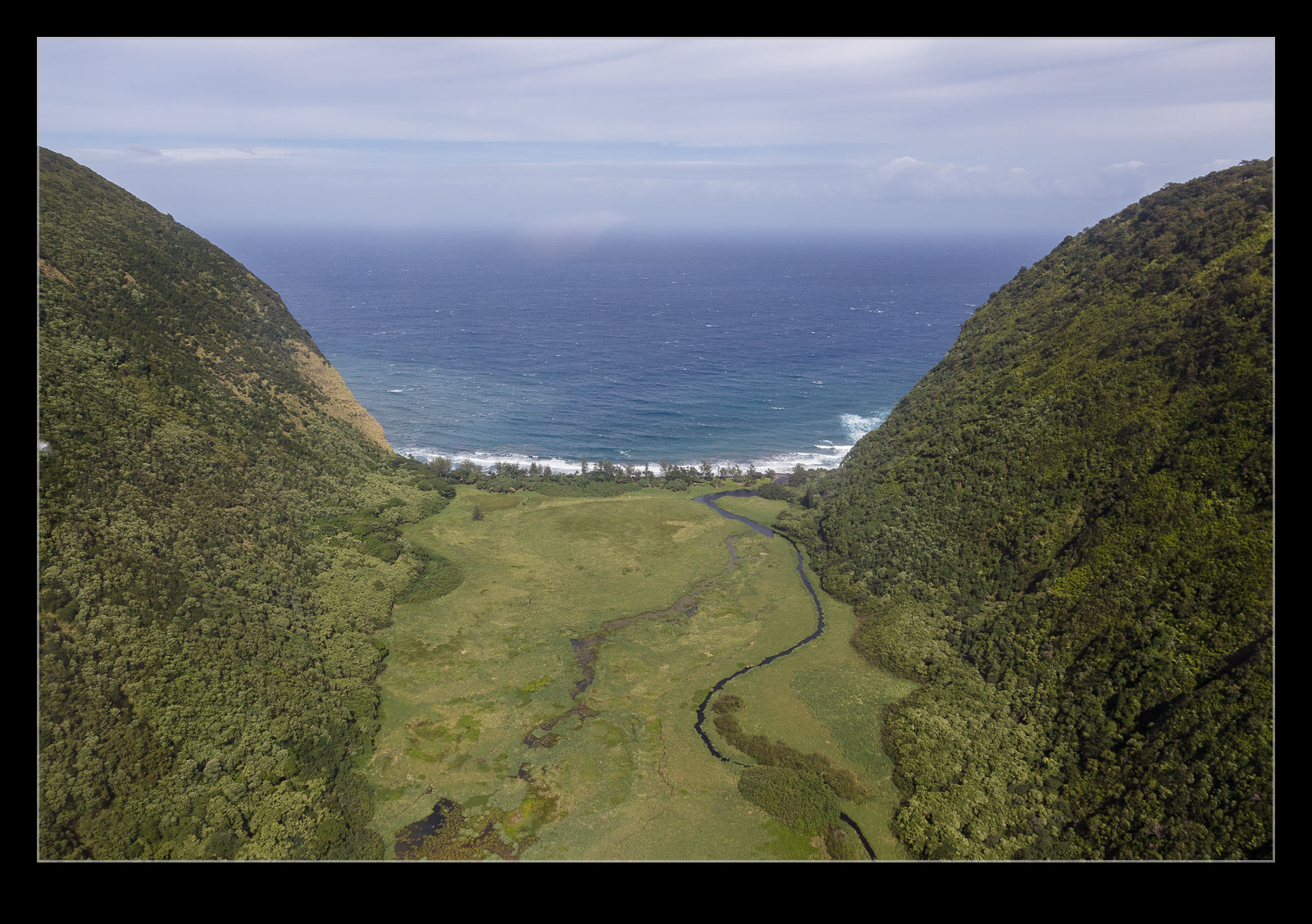 We flew in to some of the valleys to have a look around.  The ground towered above us on most sides and you really felt in awe of the geology around you.   Everything is so large, images don’t even start to represent what we saw.  We also came in to the highest falls on the island.  The largest of these drop over 3,000’ down the sides of the mountains.  We flew in to a corner where these falls were raining down.  The shots are not special but I include them to try and give an impression of what was there.  The scale is impossible to judge and I also had plenty of reflections from the cockpit glazing but here they are anyway. 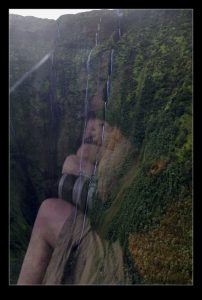 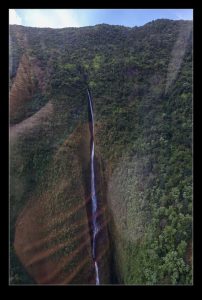 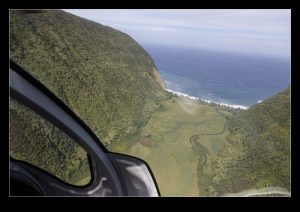 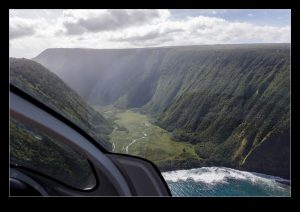 We buzzed around a number of these valleys always surrounded by lush, steep slopes.  This is not an area for the faint of heart.  We then headed back towards the west up another valley climbing towards the ridge ahead of us.  As we popped over this ridge the green foliage was almost instantly replaced by the dry, brown landscape we had originally come from.  The transition was instant and rather surprising as, while climbing up, you had no idea what was ahead.  Then it was a straight run back to our base.