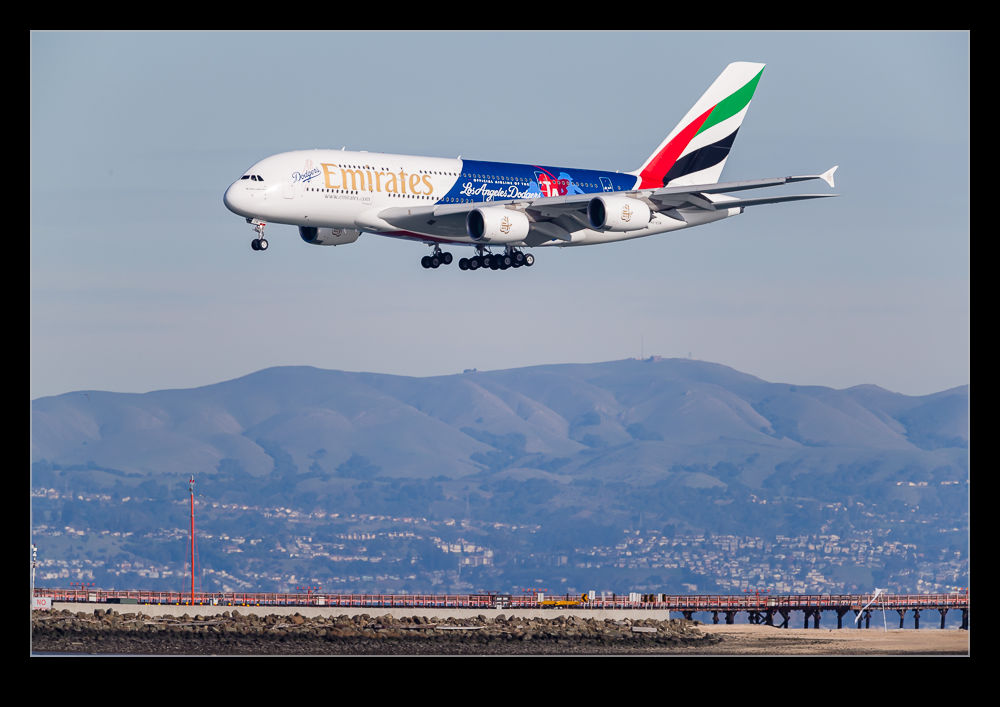 Emirates A380s are a regular feature at SFO.  They usually look pretty much the same with maybe the occasional graphic added for an event or other.  This one was a bit out of the ordinary though.  Apparently Emirates must have some sort of promotional tie in with the LA Dodgers.  The side of the jet was adorned with a large graphic about the team.  The side of an A380 is pretty sizeable so there is plenty of real estate to adorn with whatever you want to include.  In this case, they made good use of it. 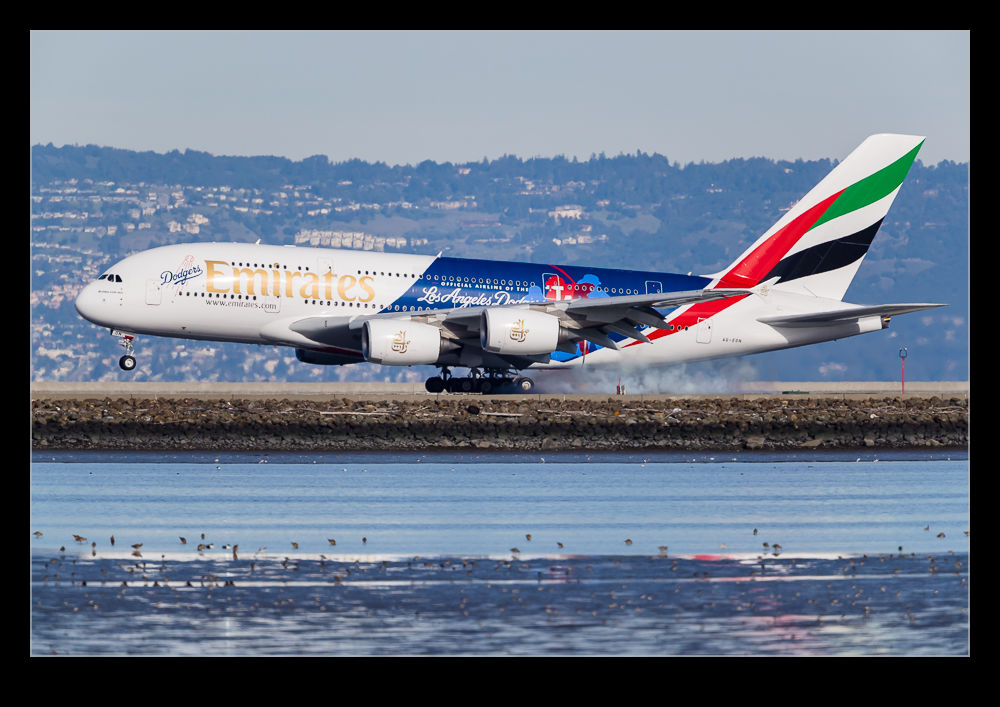