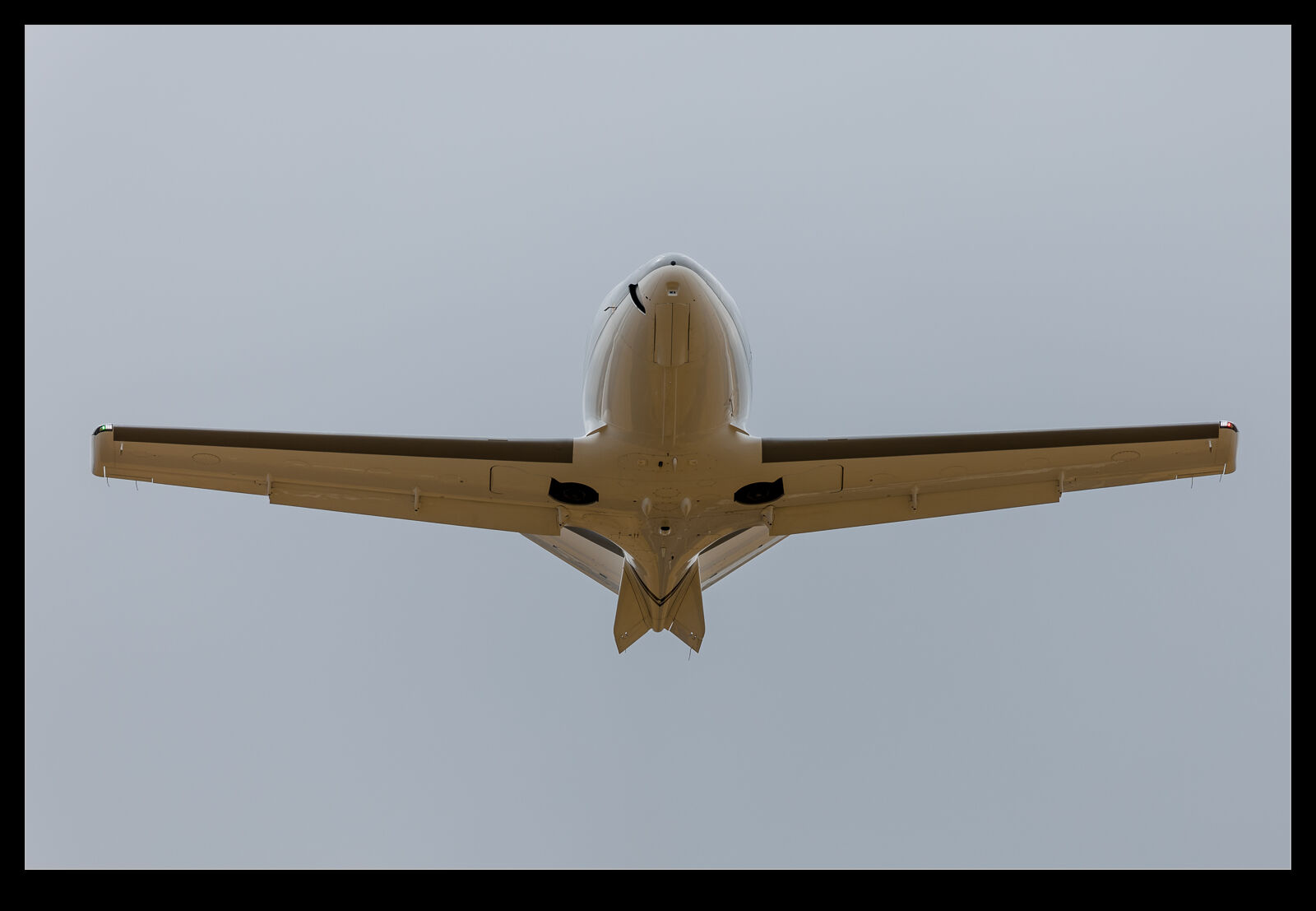 I was hanging out at Arlington with my buddy Bob.  A variety of aircraft were flying that day but the conditions were not ideal.  We were there for something else but that is the topic for another post.  We had gone to the north end of the field where a path crosses under the centerline.  Some Eagle Flights were taking place that day and one of the planes providing them was a Cirrus SF50 Vision.  It took off while we were up there so we got some head on shots of it.  A grey jet on a cloudy day is not ideal so, rather than getting the regular side on shots, a head on view was actually a better outcome. 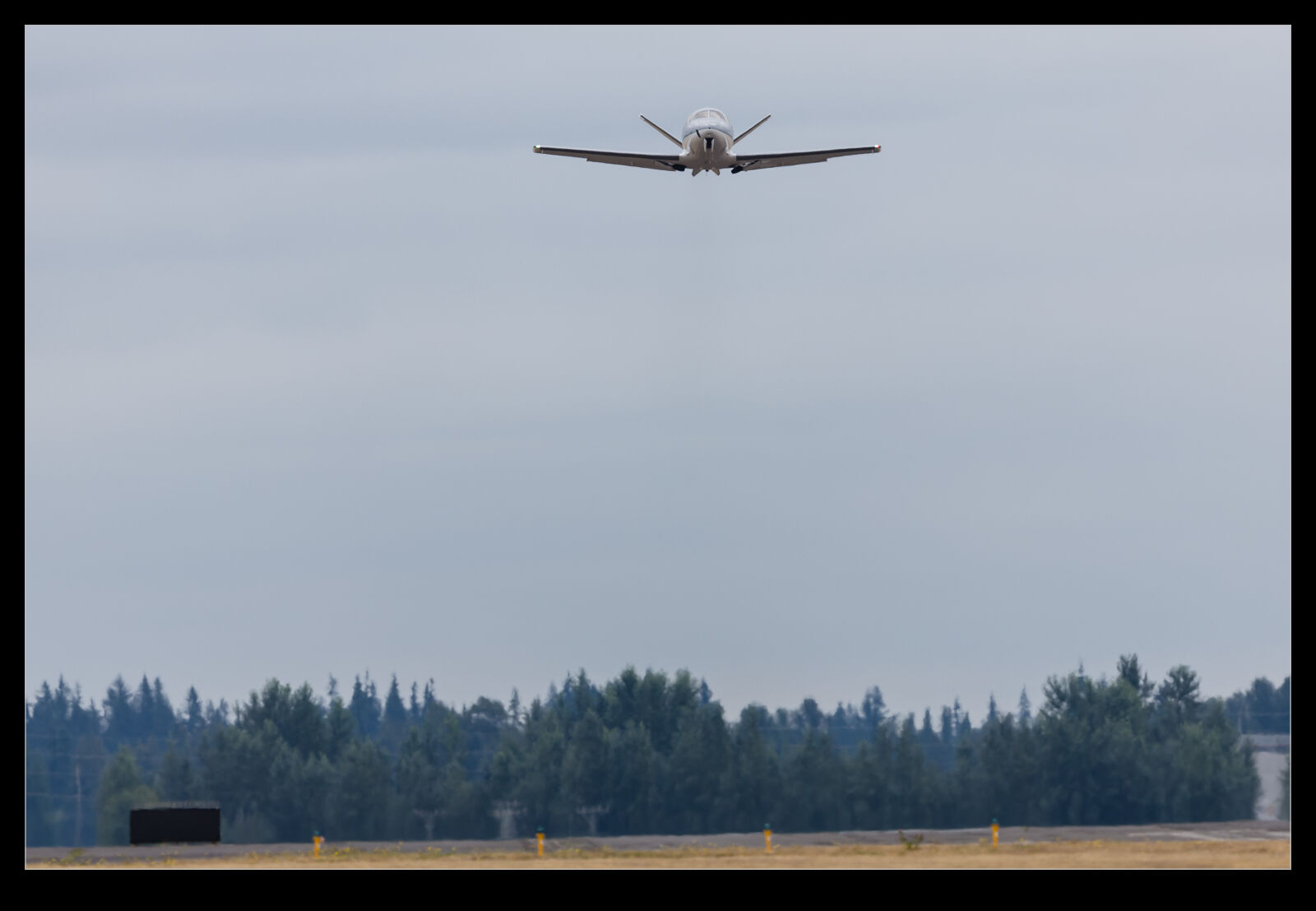 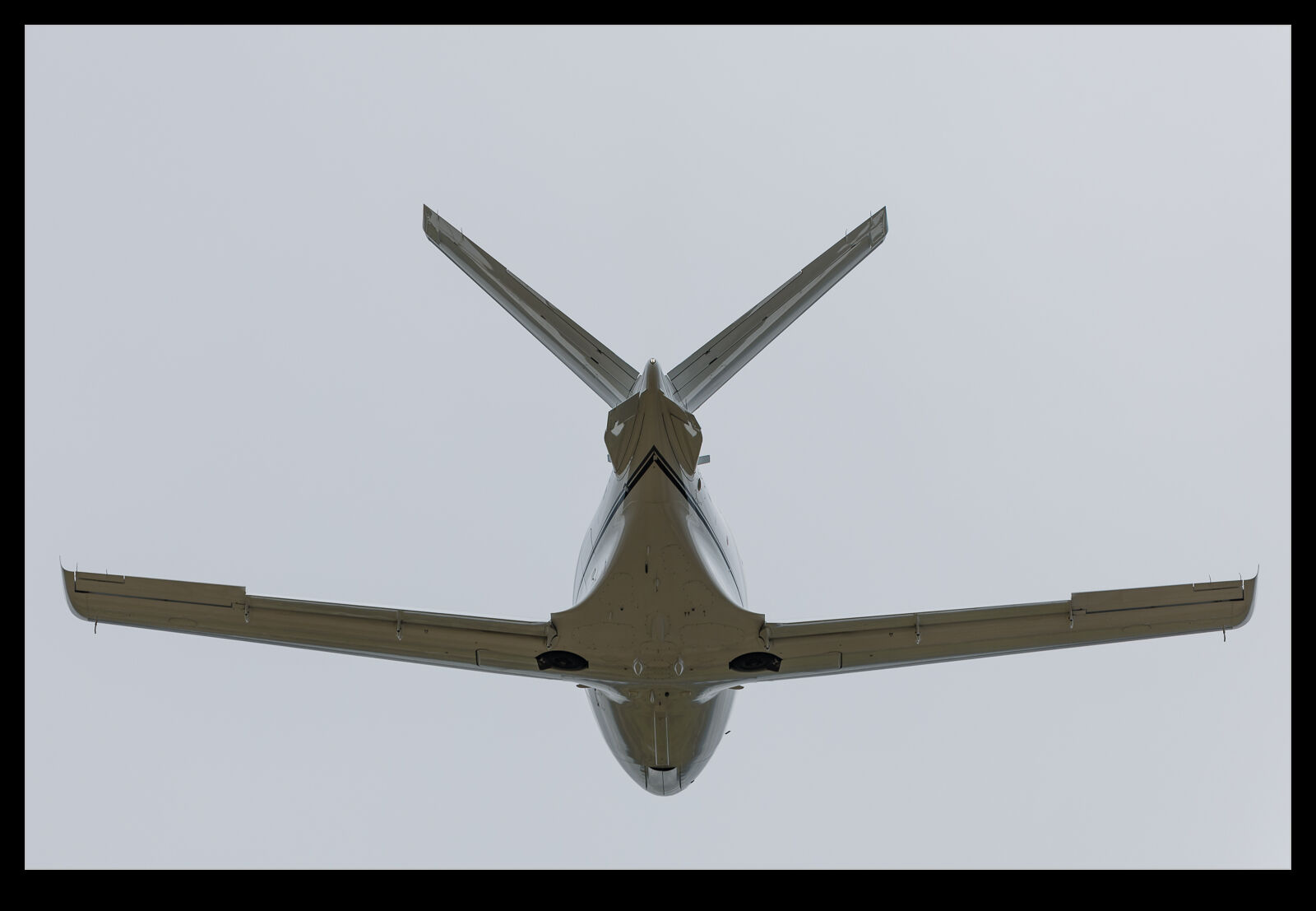 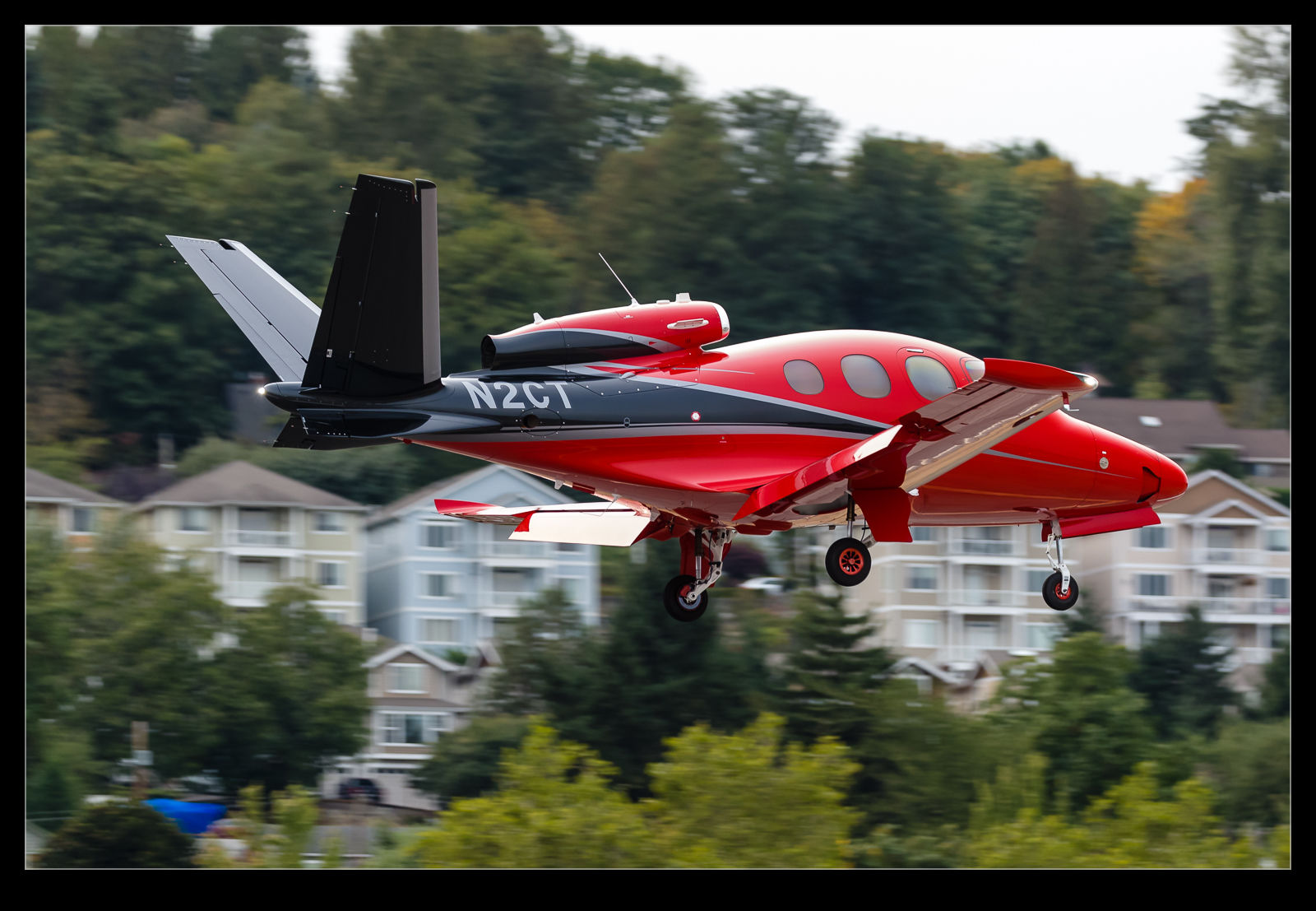 Sexy Sue, the Douglas A-26 Invader, had returned to Renton one evening and I had gone around to the ramp side of the field to see her taxi in.  While I was watching the crew shut her down, a few arrivals were coming in over my shoulder.  One of them was a Cirrus Vision.  The lighting was behind it but I was still getting a shot.  Being so close to it on approach was an interesting angle. 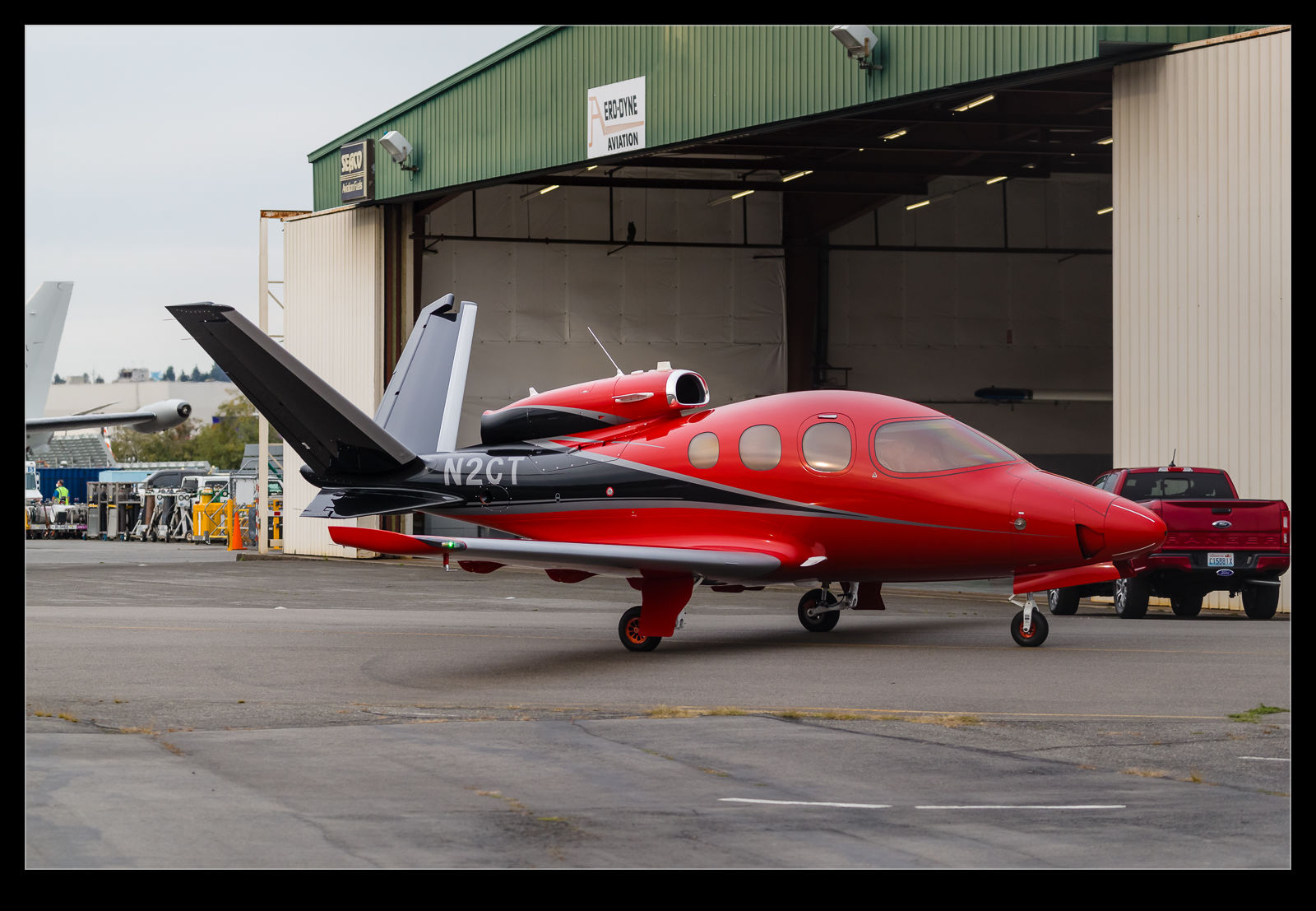 Even better, the aircraft was heading my way after landing.  It taxied down to where the Invader was still parked, wiggled around it in the space available and then continued on around the corner and off to its parking spot.  It is a small jet so can taxi around much like any piston light aircraft but it seems funny to see a jet in such a confined spot.  I do think the Vision is a cool looking plane, even if it is a bit like a tadpole! 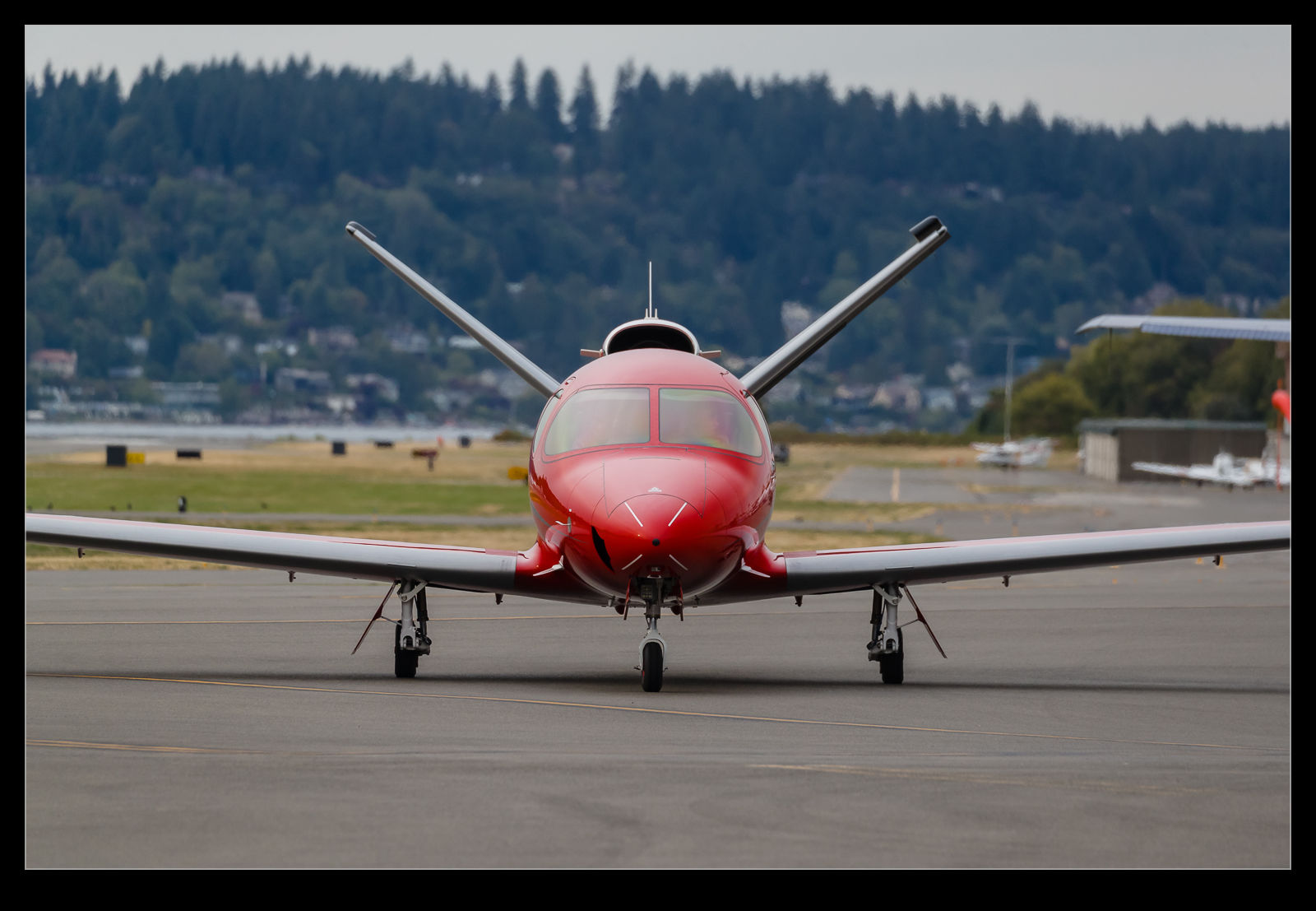 My first encounter with this Cirrus SF50 Vision was in this post.  It was scheduled for departure while I was on some calls and I hoped it would time its departure conveniently for me.  I was lucky and it headed out just after I finished a call and before I headed back to the eastside.  The skies were not friendly for getting a shot but it was still nice to see it in action and the flat light avoided any harsh shadows and deep contrast. 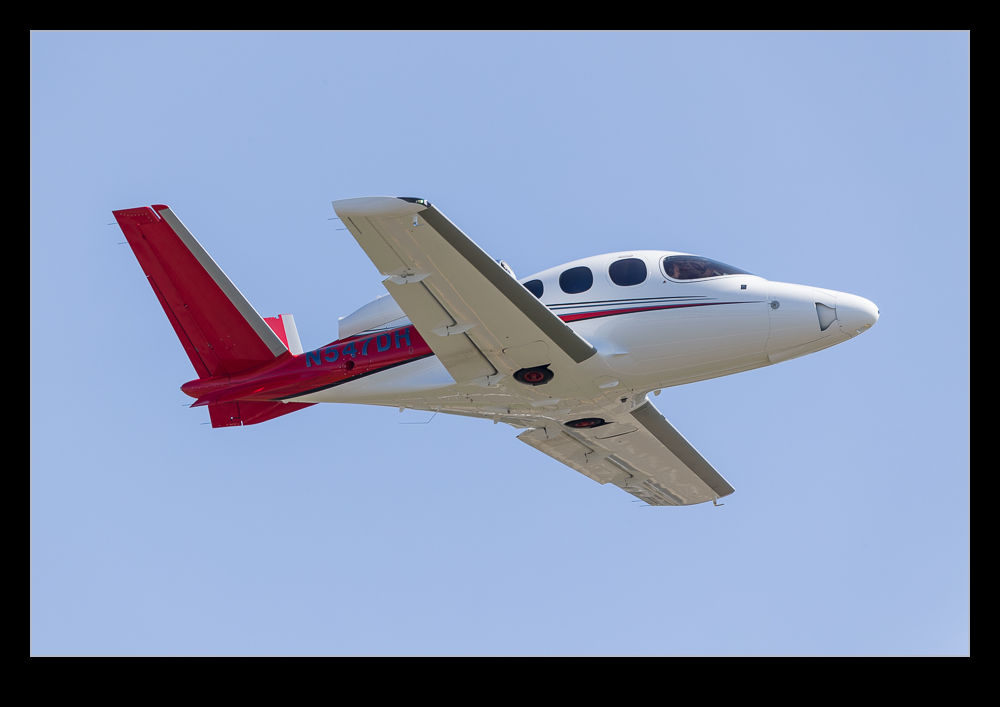 About a decade ago, the very light jet was the hot idea.  Everyone seemed to have a design and they were bringing tons of investment in to make the planes and sell them in quantities and at prices that had previously been unthinkable.  As it turned out, there was a good reason why it had been unthinkable and the projects either never made it to production or made a few before bankruptcy followed (sometimes more than once).  Eclipse did better than most in making jets before they folded, later re-emerging in a slimmed down form. 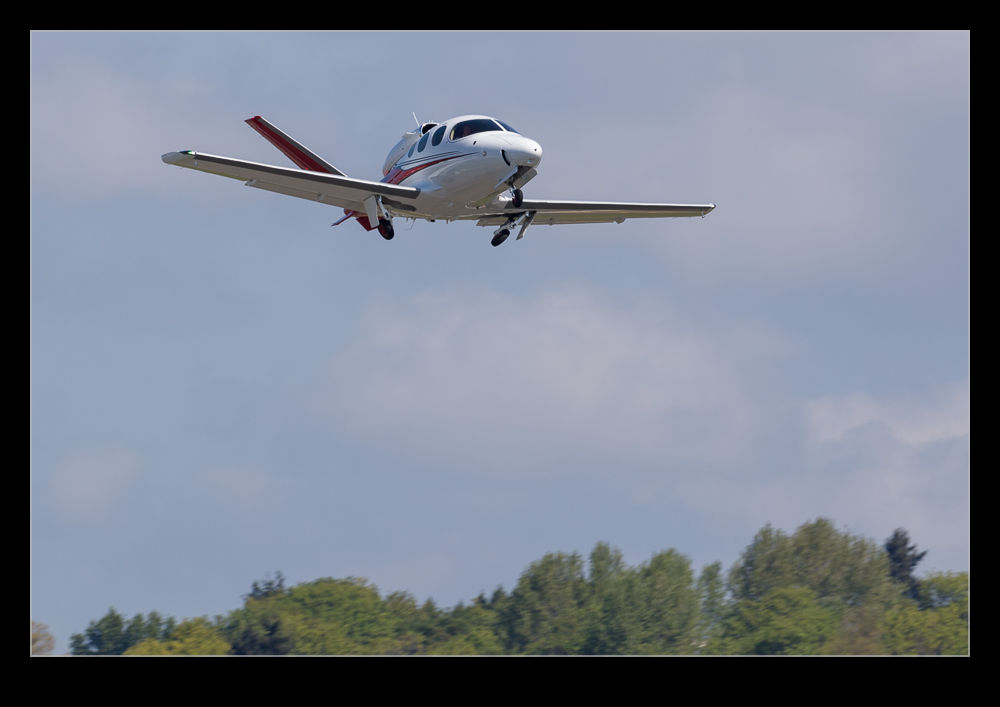 Cirrus is one company that stuck with it and didn’t go bust.  It did benefit from a lot of Chinese investment and the fact it had a successful piston lineup to generate some income didn’t hurt.  Their approach was the SF50 Vision, a single engine jet.  It was a slightly unusual design but not a bad one and it has finally made it to certification and production.  This example is a regular at Boeing Field so maybe it lives there?