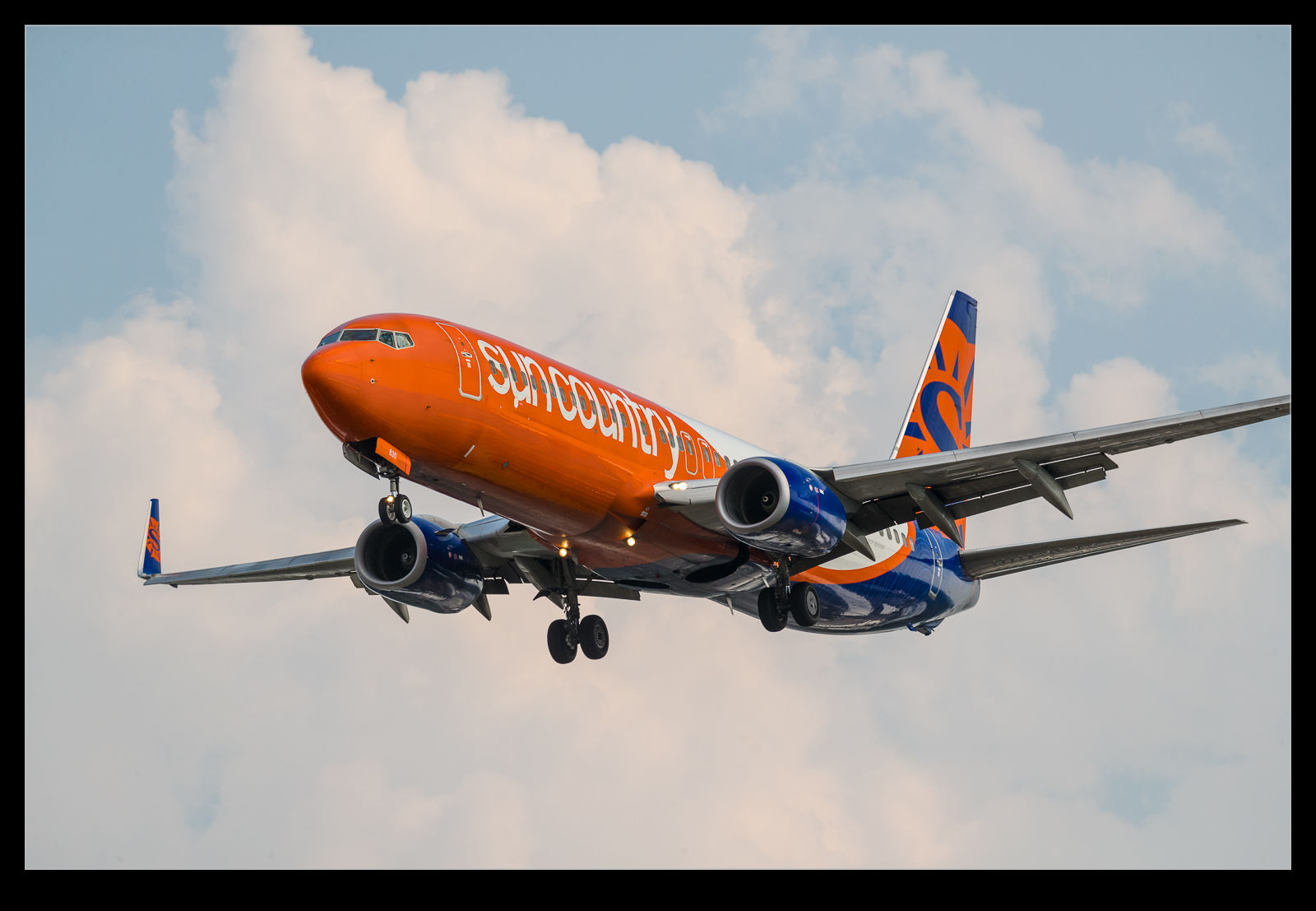 Sun Country changed their livery design a while back going with an orange based scheme known as the pumpkin livery.  I hadn’t shot one before – I’ve got their older colors and also the Transavia hybrid on leased jets – but it was due in shortly before the National A330 I had gone out for so I was happy to get the bonus.  It’s a garish livery, for sure, but it makes a change from the steady stream of stuff we see normally. 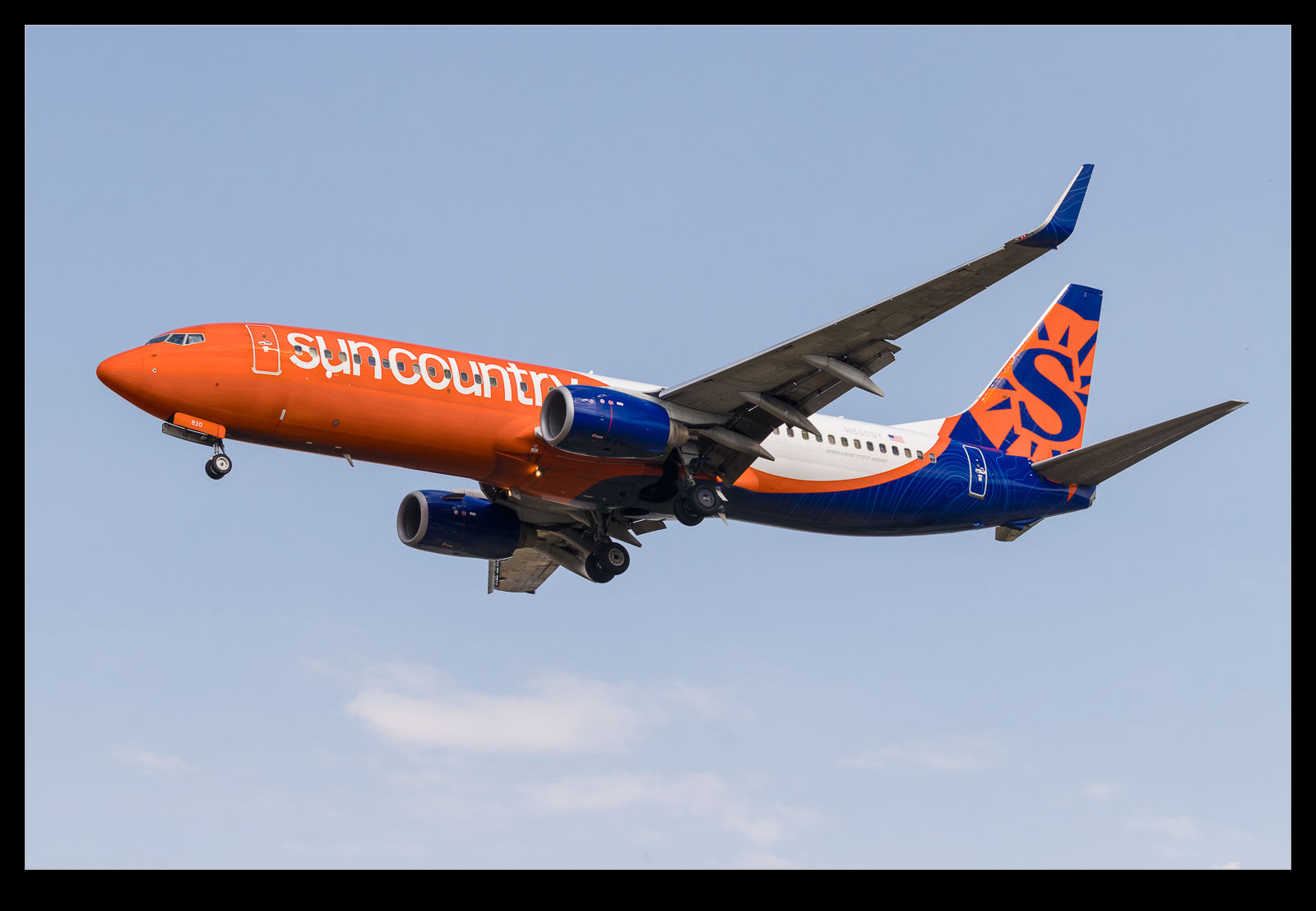