There are many ways in which the largest aircraft in the world might be defined.  It cam be dimensional and it can be by weight.  Depending on which you choose to use, the Stratolaunch aircraft can probably qualify for one of them.  A project that was started under the oversight of Paul Allen and, for which the future suddenly looked bleak when he died.  However, it has continued and now seems to have a possible future. 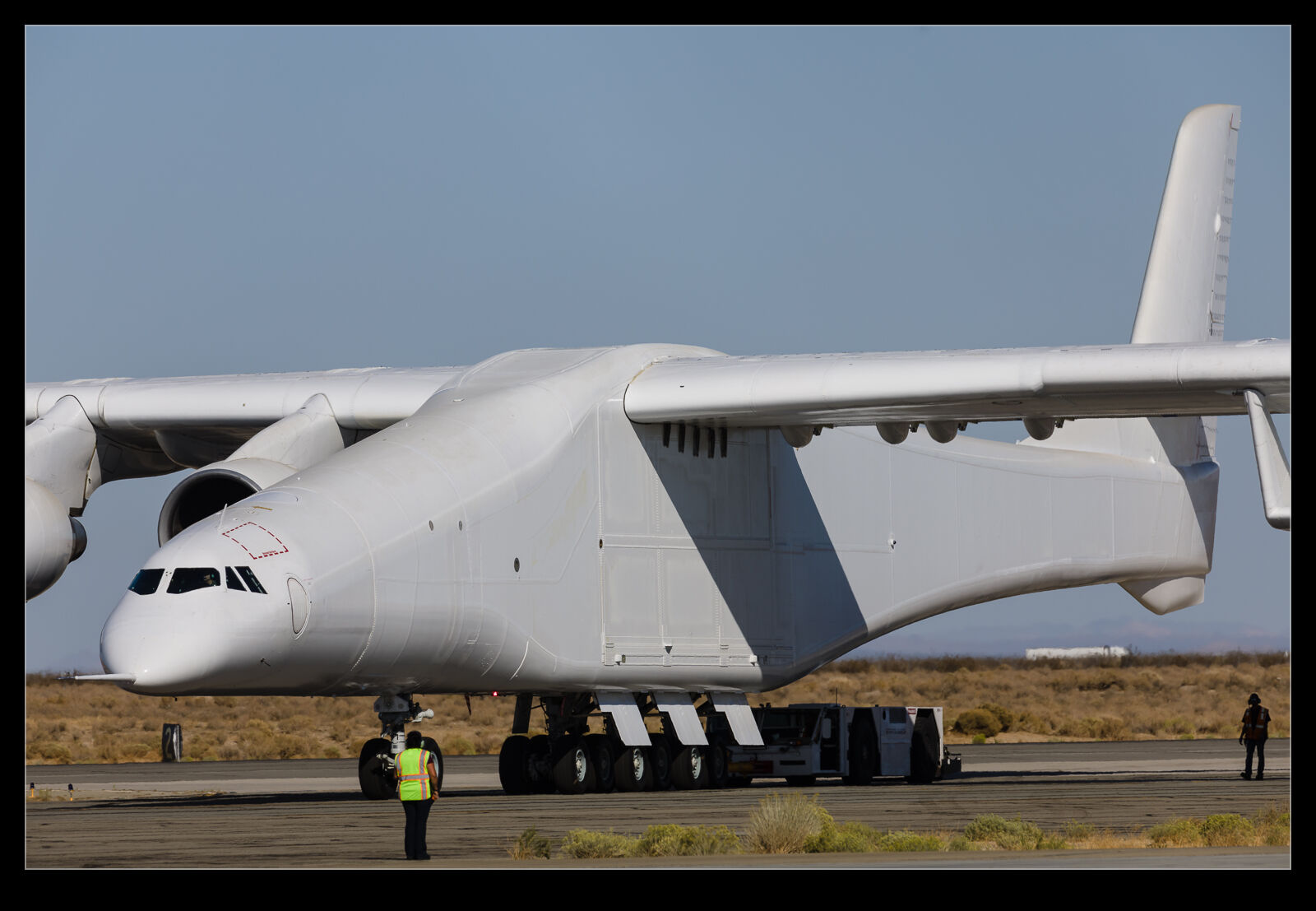 I was hoping that it might make a flight for the Edwards show.  On the Friday, the jet was out taxiing at Mojave.  I missed it being out on the runway but I could see it moving as I drove north.  Consequently, I made a quick detour to see what I could see.  It was being brought back to their ramp when I got there.  The airport security were kind but firm about not hanging around so when they arrived shortly after I did, I left as requested.  Fortunately, I had already had a brief opportunity to take some photos of it.  I understand it flew a few days later carrying the launch vehicle (probably a mass and aero simulator) on a test flight.  We shall see if it progresses to launches before too long. 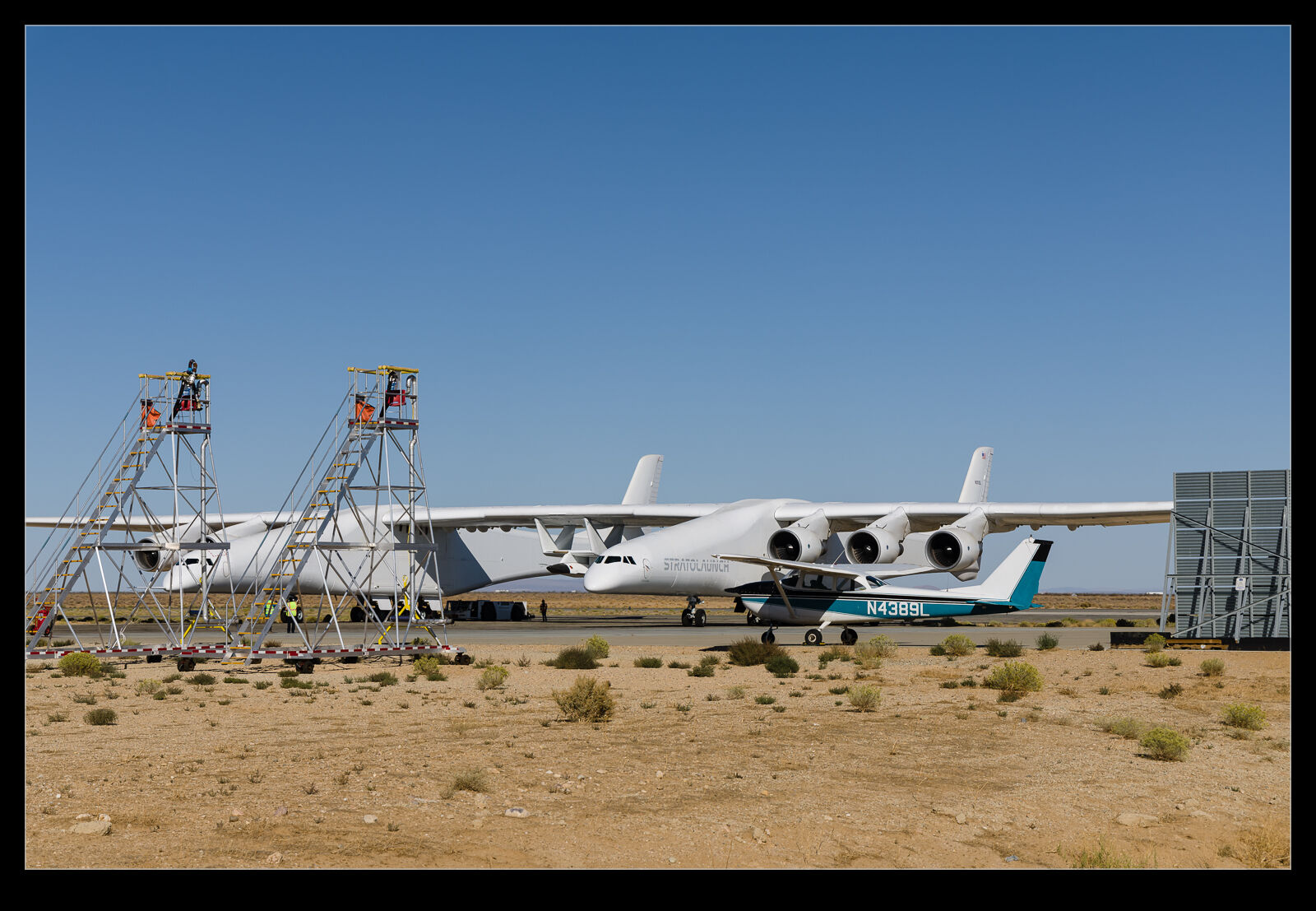