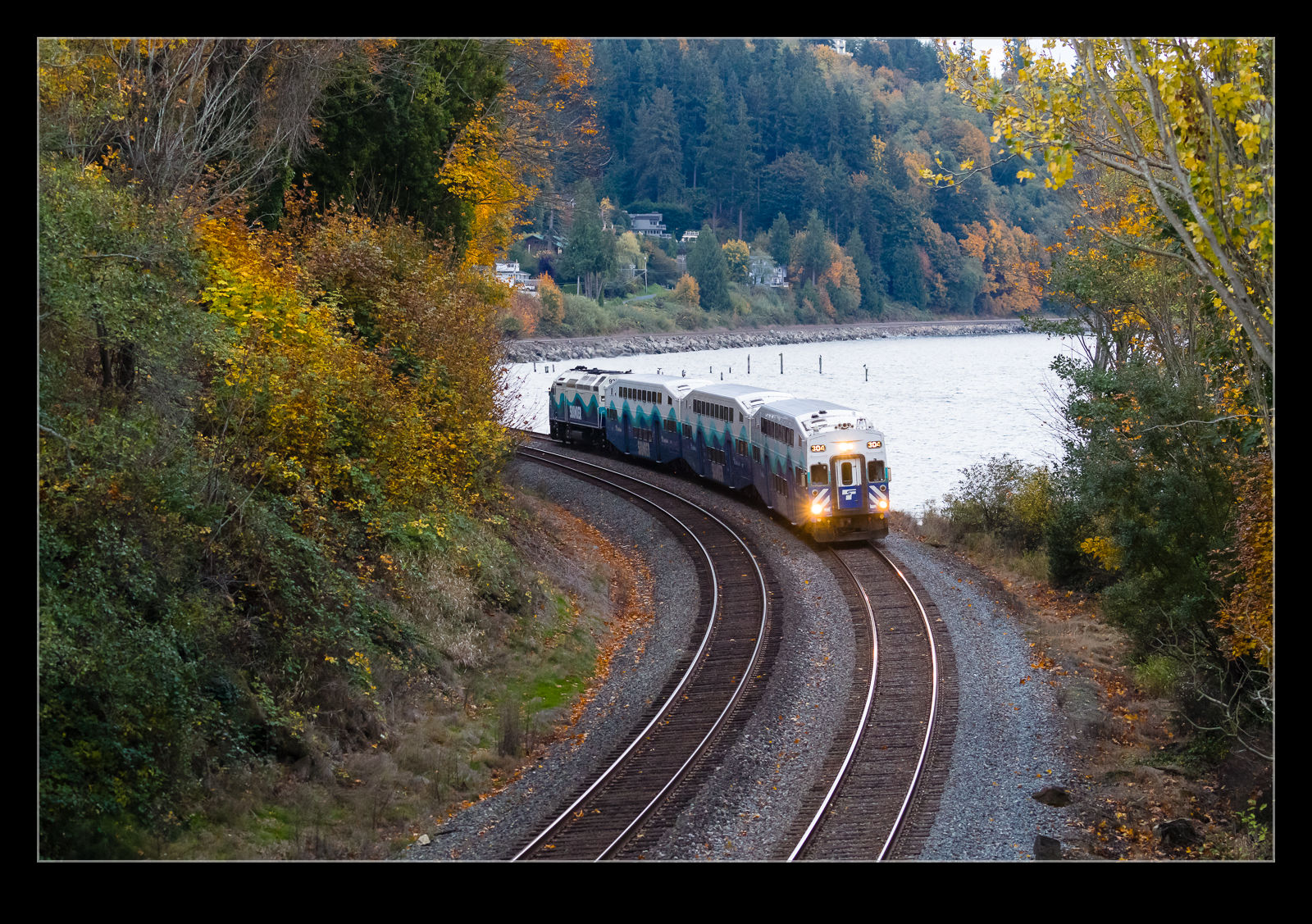 One evening, while up near Everett, I had a bit of spare time on my hands.  I had noticed a park along the waterfront called Picnic Park and had noted that I would check it out at some point.  This was a good time to try finding out what it was like.  The weather was not great but, with time on my hands, I headed down there.  It is a small park along the water and there is a bridge across the railroad to reach it.  As I walked across the bridge, there was a nice view down to where the coast curves around and the trees along the shore had some nice fall colors. 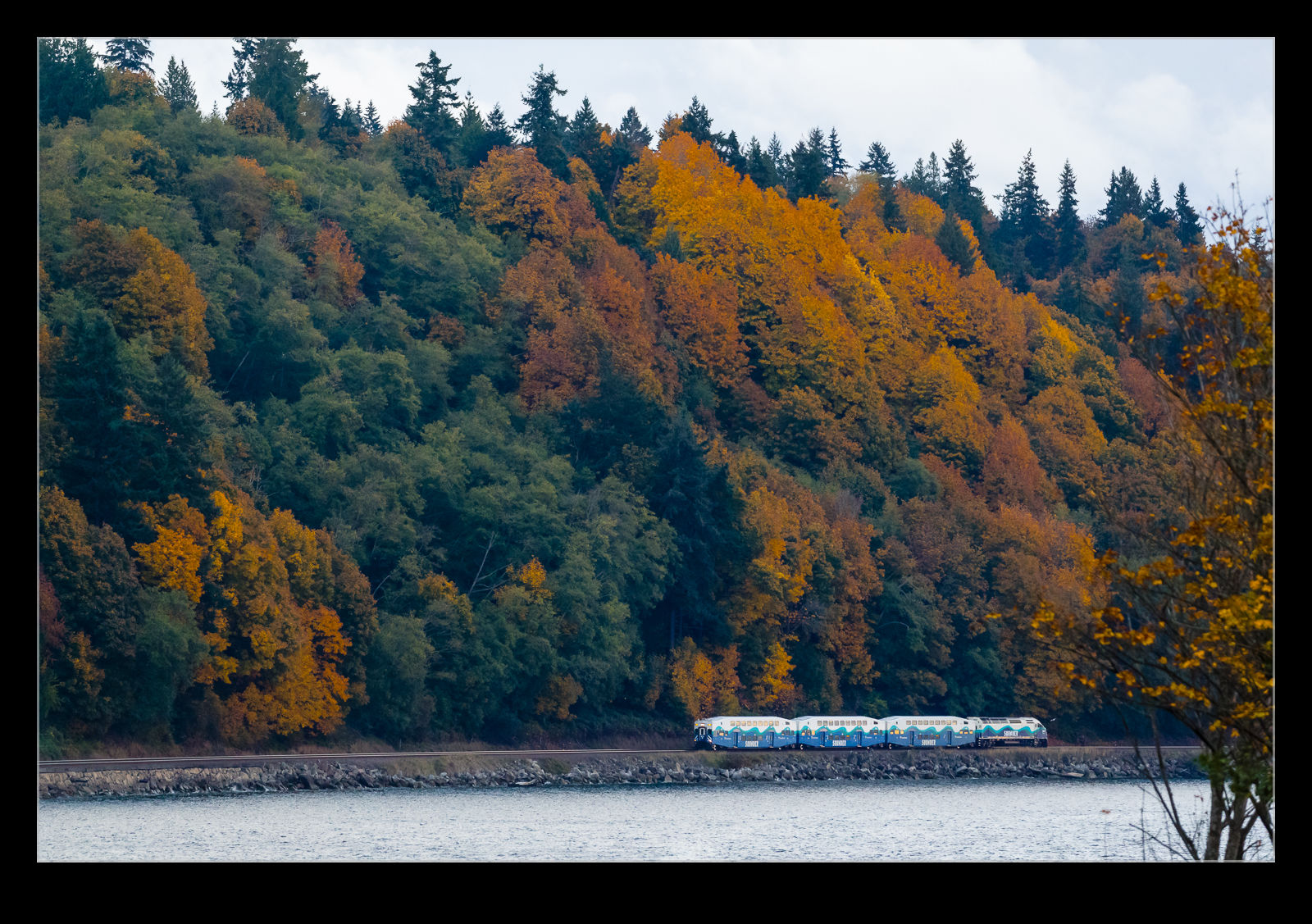 With the sun popping in and out on a regular basis, I thought this would be a good place if a train was coming.  As it happened, the Sounder commuter rail train from Seattle to Everett was not far off so I decided to wait for it to come through.  A few minutes later it came in to view.  There was a family with a young child standing on the bridge waving to the crew and, when I looked at the photos at home, I could see both crew waving back.  It was a pretty short train.  The Sounder North has not been too successful and the commuter rail ridership is well down due to COVID.  I guess there is no need for more cars just now. 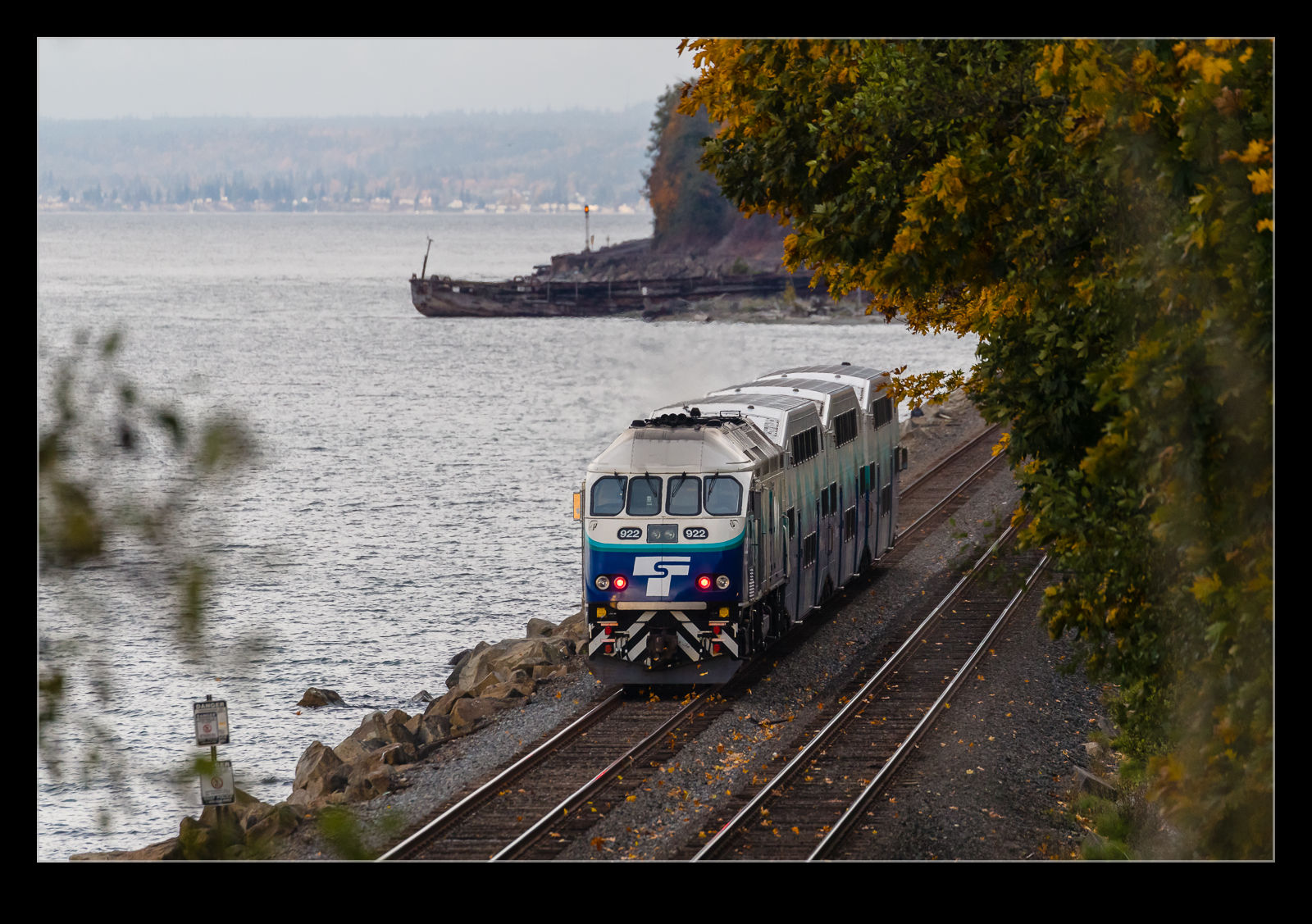 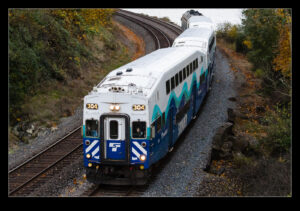 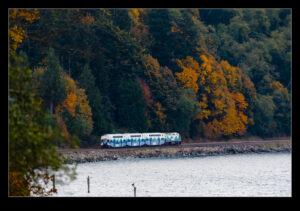