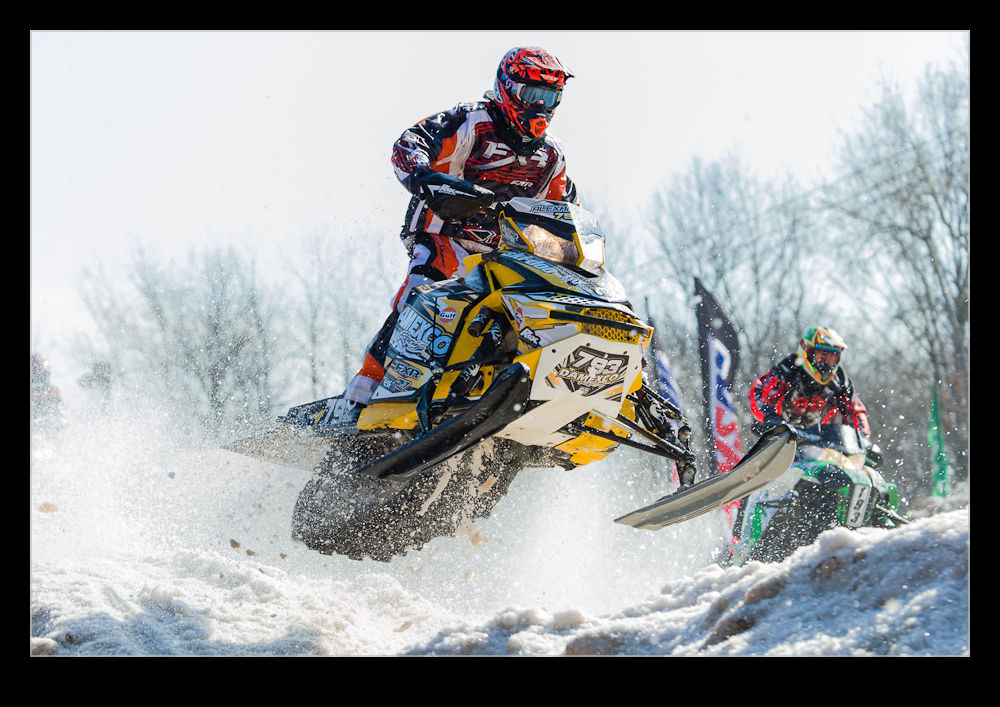 March in Wisconsin seems like a pretty good time to schedule a snowmobile race.  Unfortunately, that would mean that you didn’t know this year was going to be particularly mild all winter and especially so in March.  So it was that the final round of the AMSOil ISOC Snocross race was scheduled for the Grand Geneva Resort in Lake Geneva WI in mid-March. 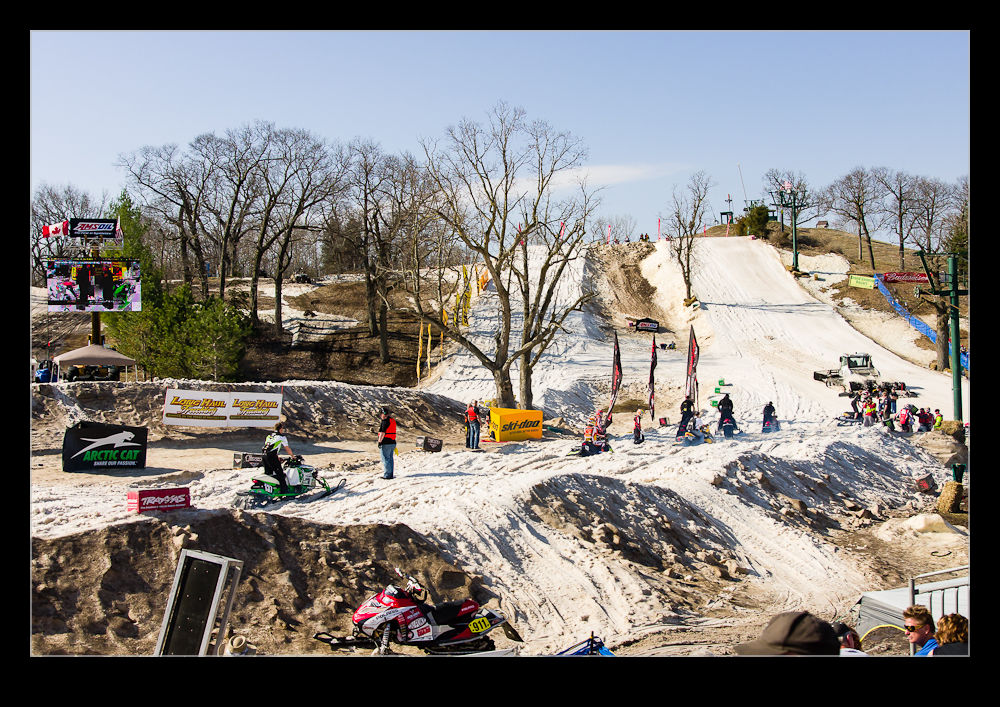 Just because it was warm, didn’t mean there wouldn’t be racing though.  Congratulations to the organizers who made good use of their snow cannons to put a base of snow down on a basic course.  Apparently, it was a bit truncated compared to previous years but there was a course.  Moreover, the course managed to hold together as the air temperature made its way up to the high 70s (if not creeping into the 80s!).  I wondered whether this great job of combating the conditions extended to the clothing the racers wore.  I doubt too much snowmobile racing clothing is designed for the high 70s.  I suspect it is more about staying warm.  They were probably pretty toasty! 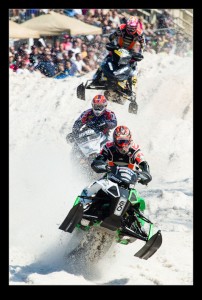 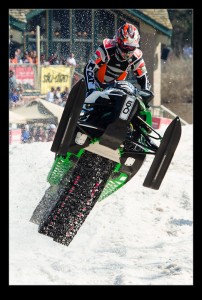 I hadn’t applied for media credentials for this event so was only shooting from the public areas.  With the course laid out the way it was, this really didn’t prove to be too limiting.  There were a few shots I would like to have got but it really didn’t make too much of a difference.  The action is close to the people most of the time and they come by pretty frequently so there is usually plenty to see. 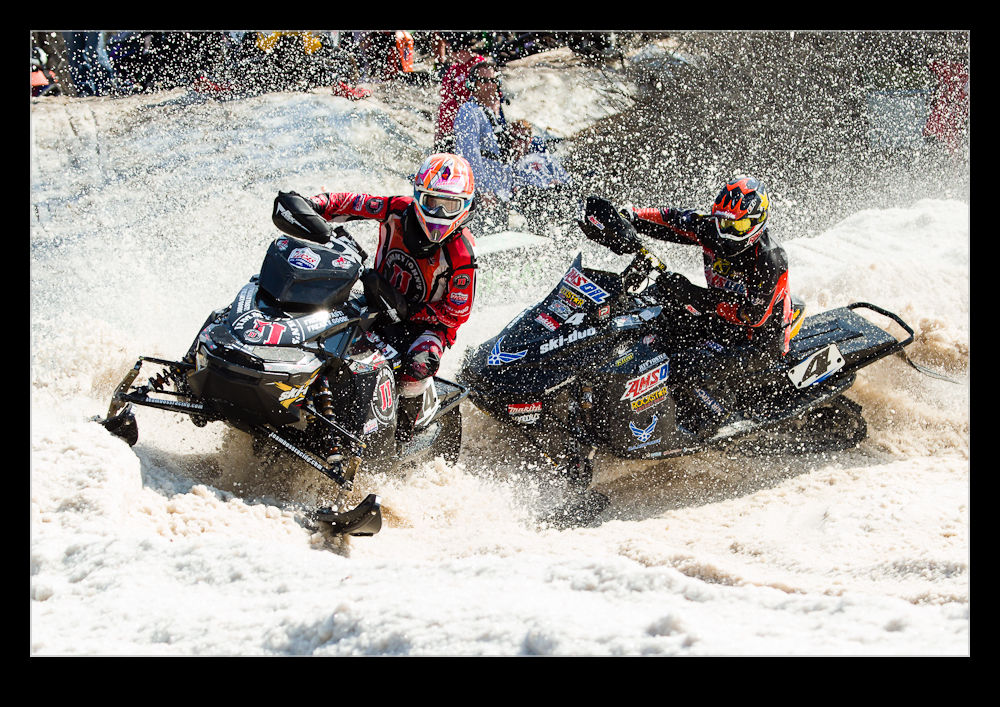 I was pretty happy with the outcome to be honest.  It was a fun day out and I spent it with a good bunch of guys as well.  We would split up at times but end up back at similar locations before too long so it worked well.  One of those disappointing things about shooting an action sport like this is that you find yourself focusing on a particular rider and hear a groan from the crowd.  This is a sign that someone has wiped out quite dramatically but all you see is them getting up and retrieving their machine unless you get lucky – certainly luckier than the racer! 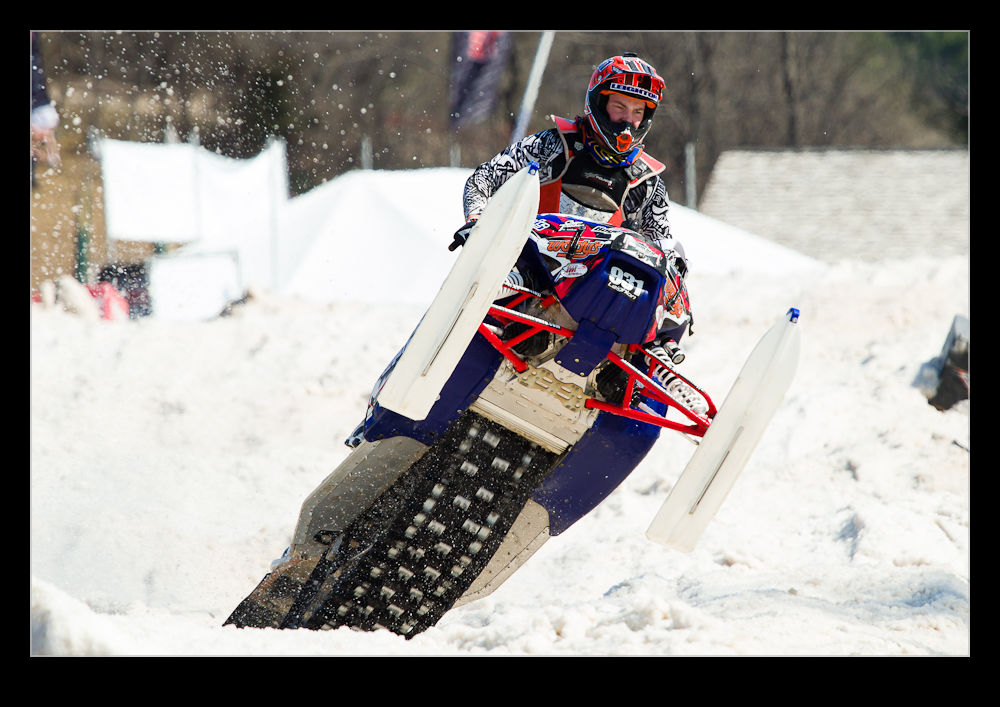 Now I just have to work out what the real name is for the machine.  I always thought they were snowmobiles but then I watched some stuff from Alaska that said the people in the know call them snowmachines.  The announcers at this event didn’t seem to be aware of that so I am just as in the dark as I was beforehand.  Anyone know the right term? 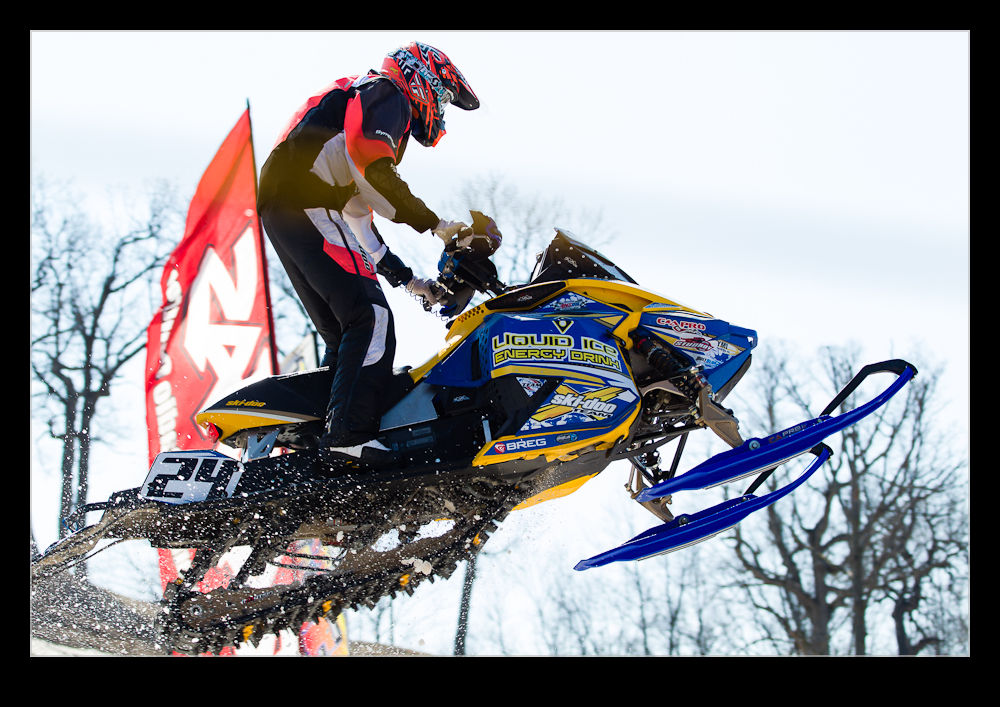