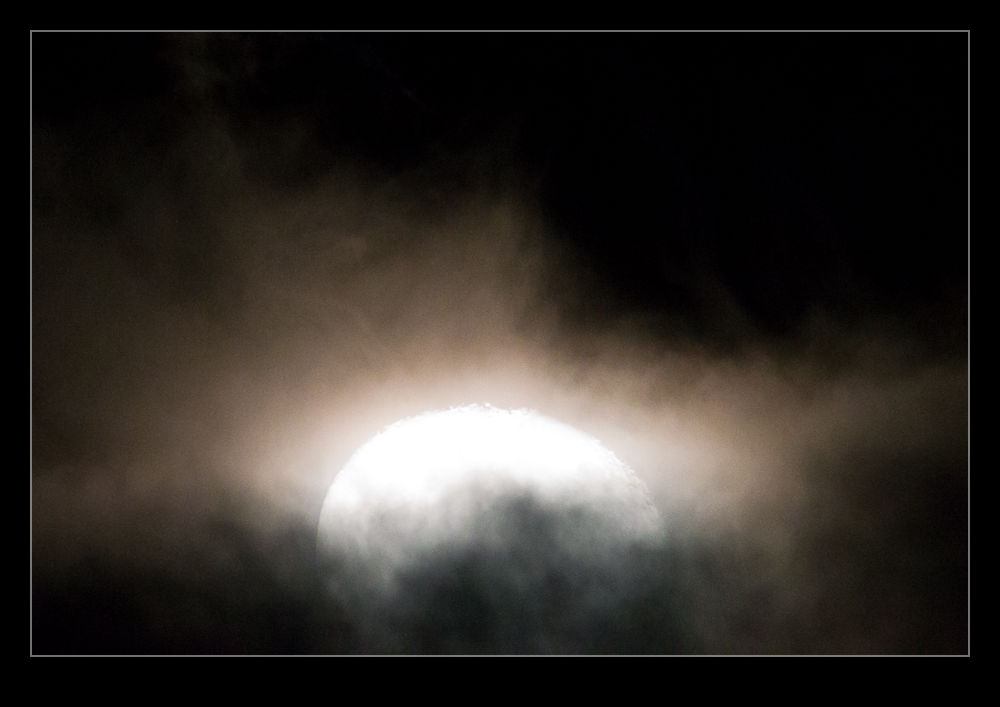 While out at the lakefront with the guys earlier in the week, the moon had risen near the planetarium (appropriately enough!).  I had been traveling light to that shoot so hadn’t taken any long lenses to get that shot.  However, it had looked so good when it came up, I thought I really ought to take advantage of it before the phase changed too much.  It had been full that night and I prefer it a little off full to show some depth anyway. 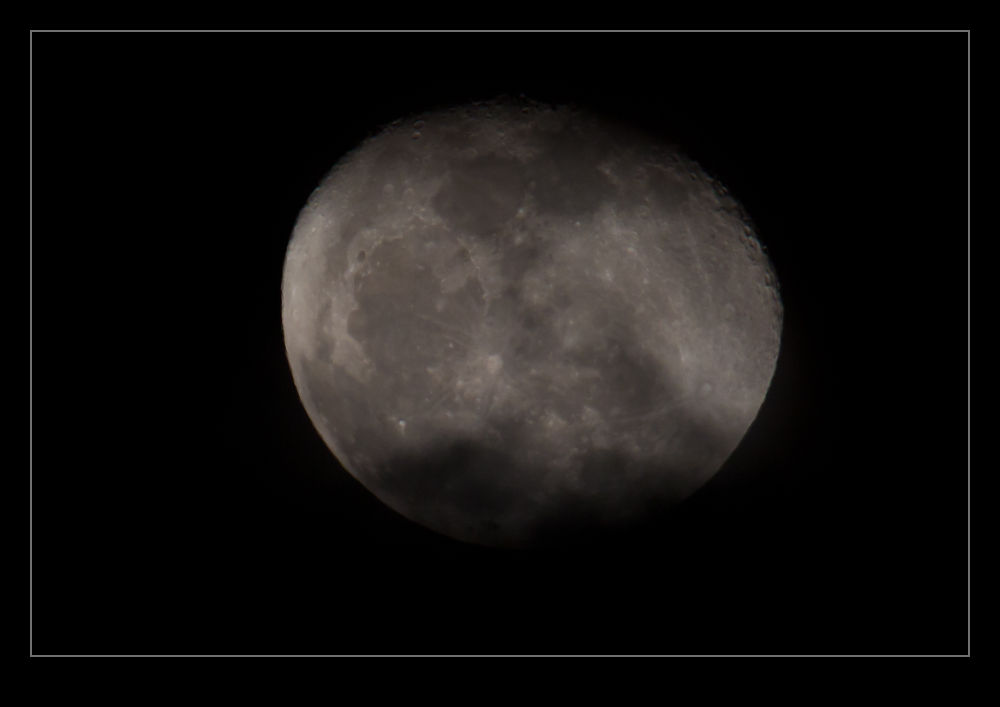 Consequently, I grabbed a long lens and a tripod and headed back a couple of nights later.  We had a crystal clear night and storms were forecast for the coming days which made me think it was an opportunity to be taken.  I got down just below moonrise and got set up.  The sky was so clear I could see lots of stars.  This might not sound like a big deal but when you live in the city, even a bit of haze or moisture in the air will reflect the city lights back at you and stars become invisible.  It is one of the things I love when we are out in the countryside to be able to see lots of stars. 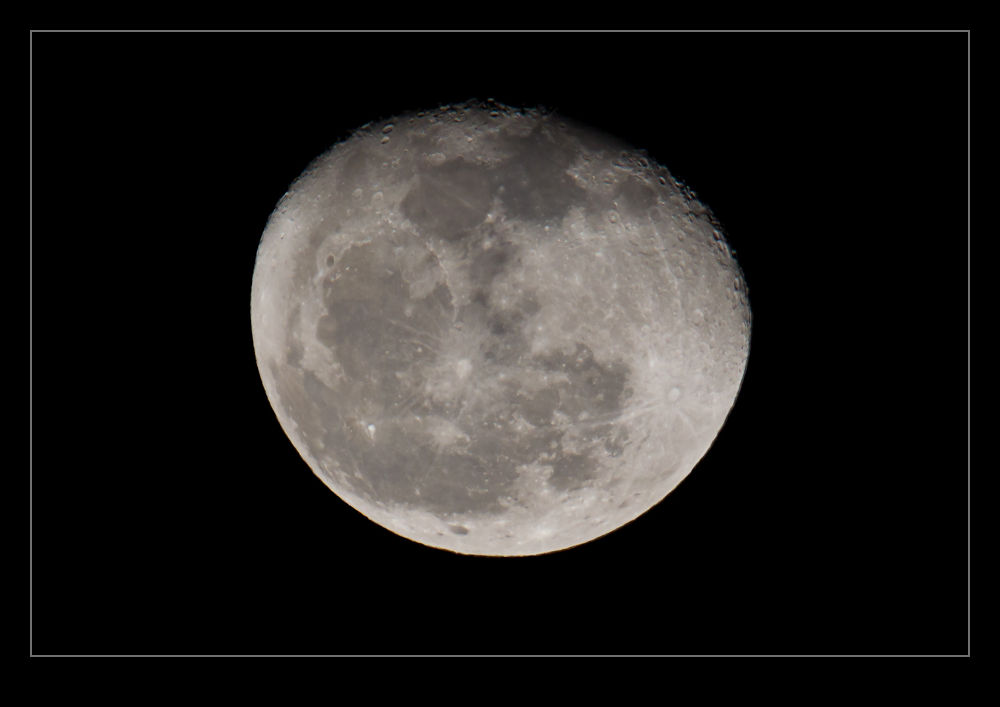 Sadly, what I hadn’t realized was that there was a lot of cloud on the horizon.  We were in the clear but someone over in Michigan wasn’t and their clouds were blocking the moonrise for me.  However, I could see the cloud layer was low so it would only be a matter of time before the moon popped above the cloud, even if I lost the magnification and color shifts you get when it is close to the horizon.

Sure enough it popped up.  I  could see it long before then as it was sometimes almost visible through the clouds.  I watched it gradually come up, got a bunch of shots once it was clear of the clouds and then headed for home.  It might have been warm for January but I was still pretty cold by then!