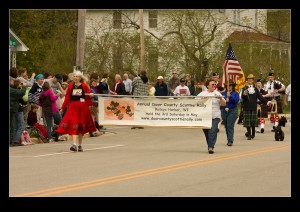 A weekend break has recently taken us up to Door County in Wisconsin. We stayed in a small town called Baileys Harbor. By coincidence, the weekend that we were there, the town was holding a parade of Scottish Terriers. His parade started off with a pipe band walking through the streets followed by about 200 Scotties been walked by their owners. 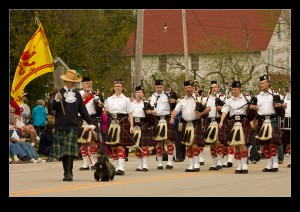 This might sound like a recipe for disaster. Scotties are hardly known for their calm temperament (I will resist making any comment on their fellow countrymen) so putting 200 of them together and adding some pipes might seem like it was going to end up being a noisy affair. However, it all went off very smoothly. The dogs all trotted along without any complaint – including no complaints about the outfits at some of the owners had decided they should wear just in case we hadn’t noticed they were Scotties. I really don’t think a dog deserves to wear a fake kilt with fake bagpipes for extra effect. 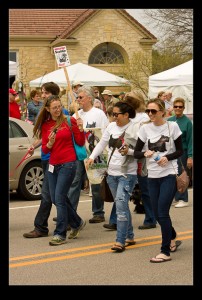 A lot of people turned out to see the parade. A couple of people asked us if we had come specially for it. It was certainly fun to watch but I don’t think I would make a five hour drive each way just to see it! Interestingly, a lot of people brought their dogs to watch the parade. I’m not sure whether they think that their dogs would be interested in something because it was dog centric or not but I don’t think the other dogs were really that bothered. 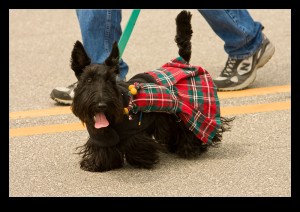