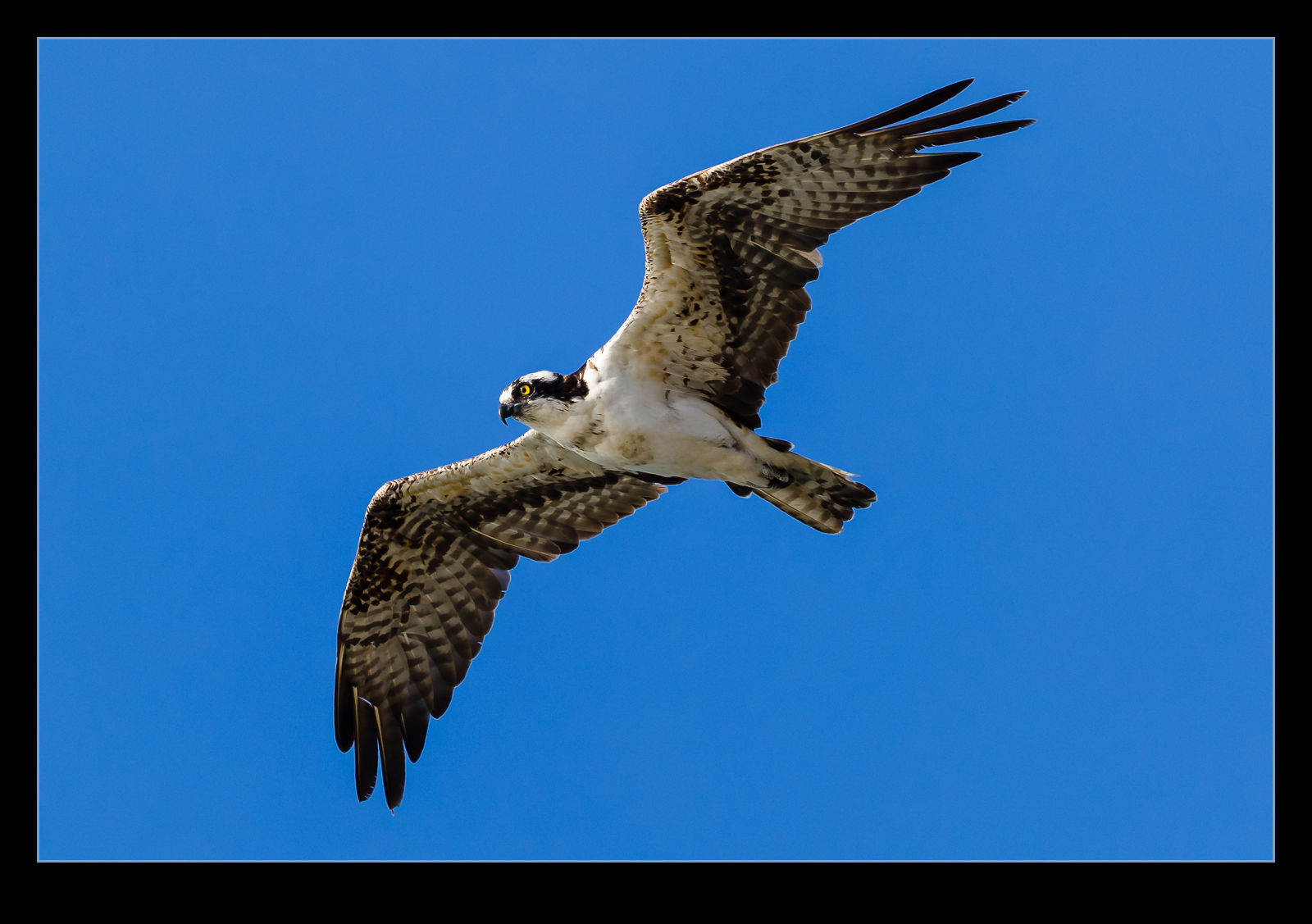 One fun aspect of shooting by San Francisco Bay is that you get a lot of wildlife while you are killing time.  Roger and I were sitting by the shore waiting for a few movements when a bird started flying in our direction.  We both paid attention when we realized that it was not a gull as is normally the case.  Instead, it was an osprey.  They are not a rarity but they are still noteworthy.  It certainly wasn’t bothered by us as it flew right over us as it headed along the shoreline.  Looking up you could stare straight into its eyes as it surveyed the scene looking for its next snack.  Sadly, nothing was nearby for it to dive onto and it flew off.  Even so, a brief moment like this with such a cool bird made me happy for a long time afterwards.  Actually, I am still happy when I think about it. 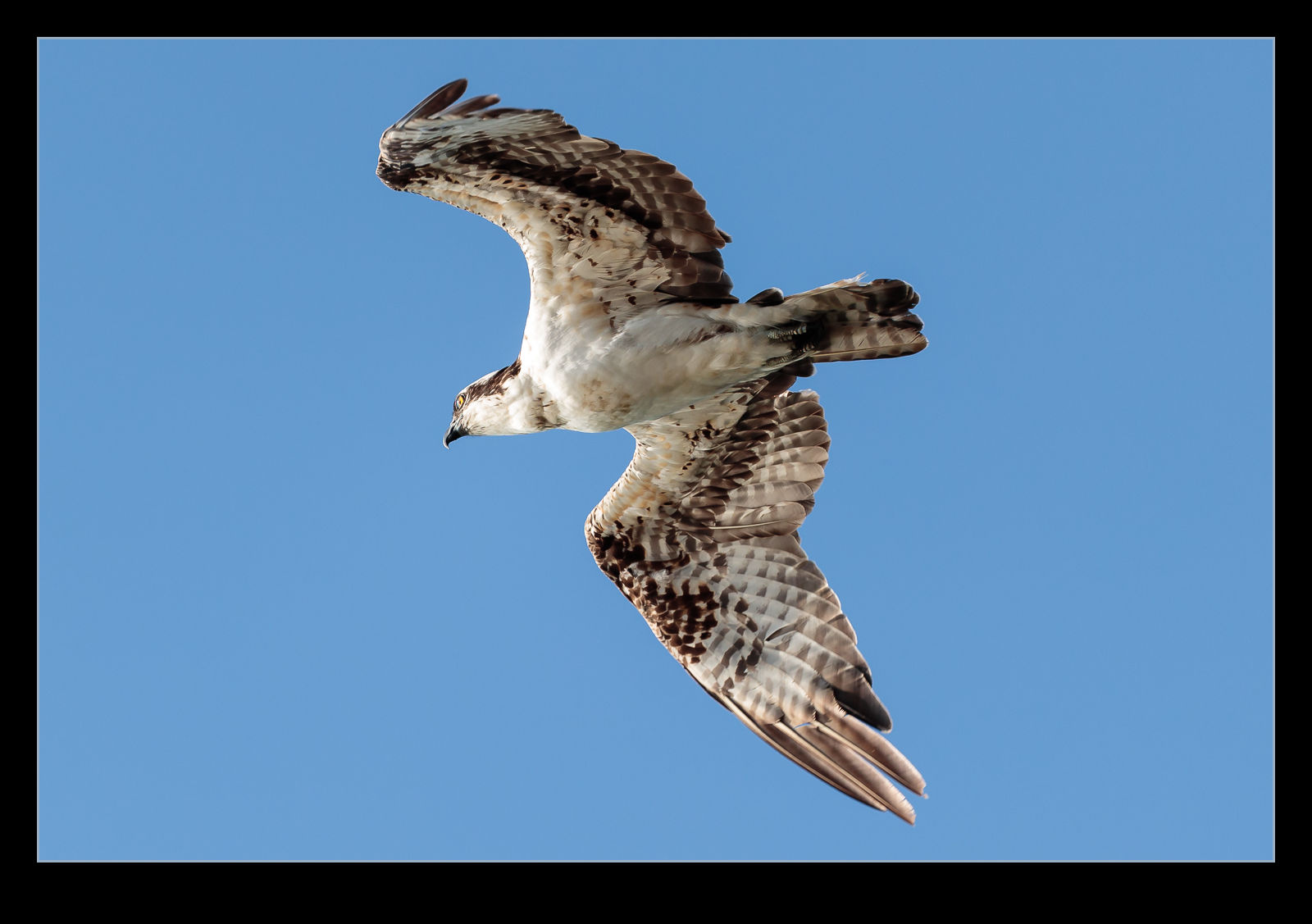