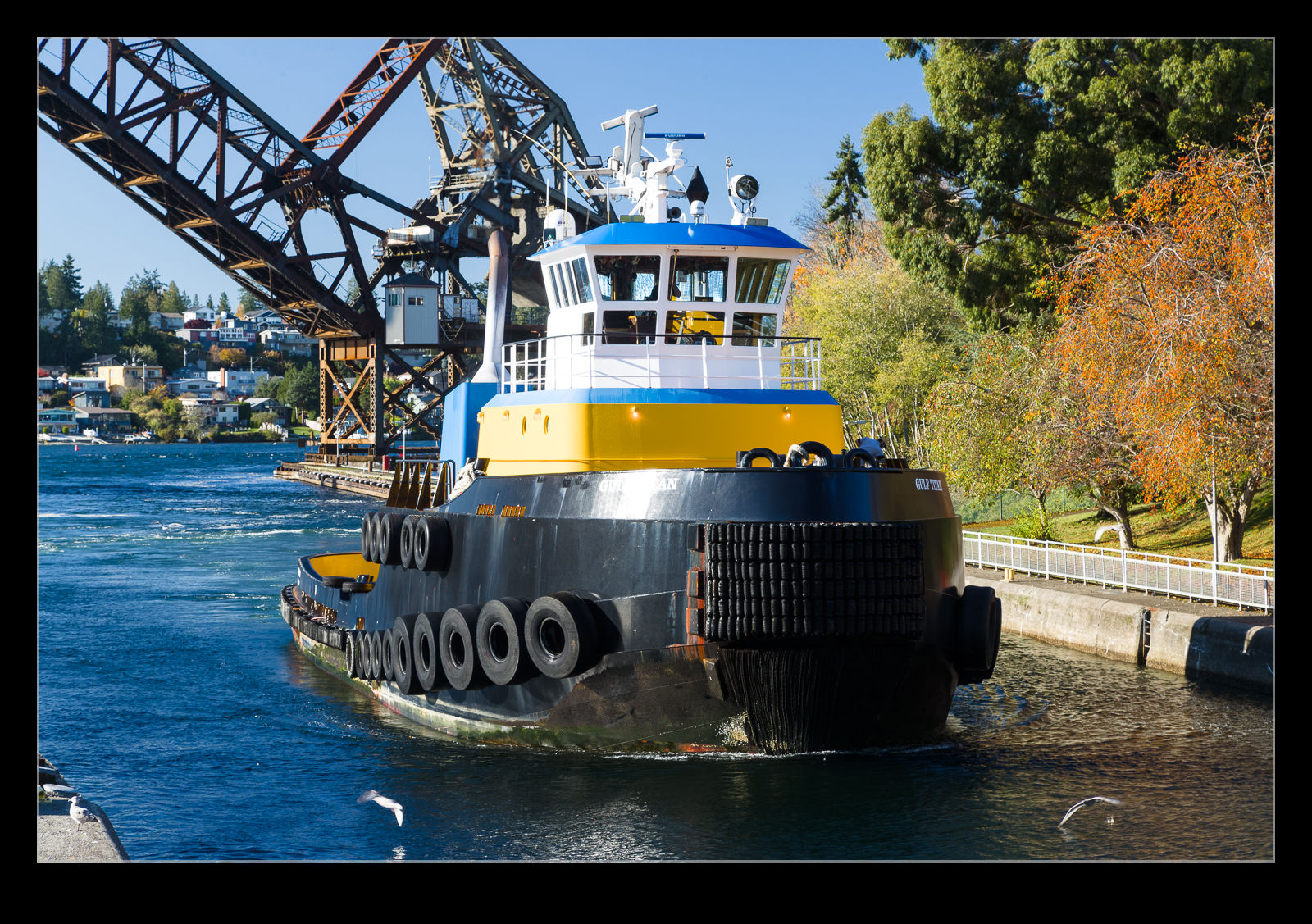 Sunny Saturday afternoon and we were coming back from Discovery Park.  Our route took us passed Commodore Park which gives immediate access to the Chittenden Locks at Ballard.  With it being such a nice afternoon, we decided it was worth a brief stroll across to see what was going on.  There were a number of smaller boats coming through the little lock which we watched for a while.  Then, coming up from Puget Sound, we saw a large commercial vessel approaching. 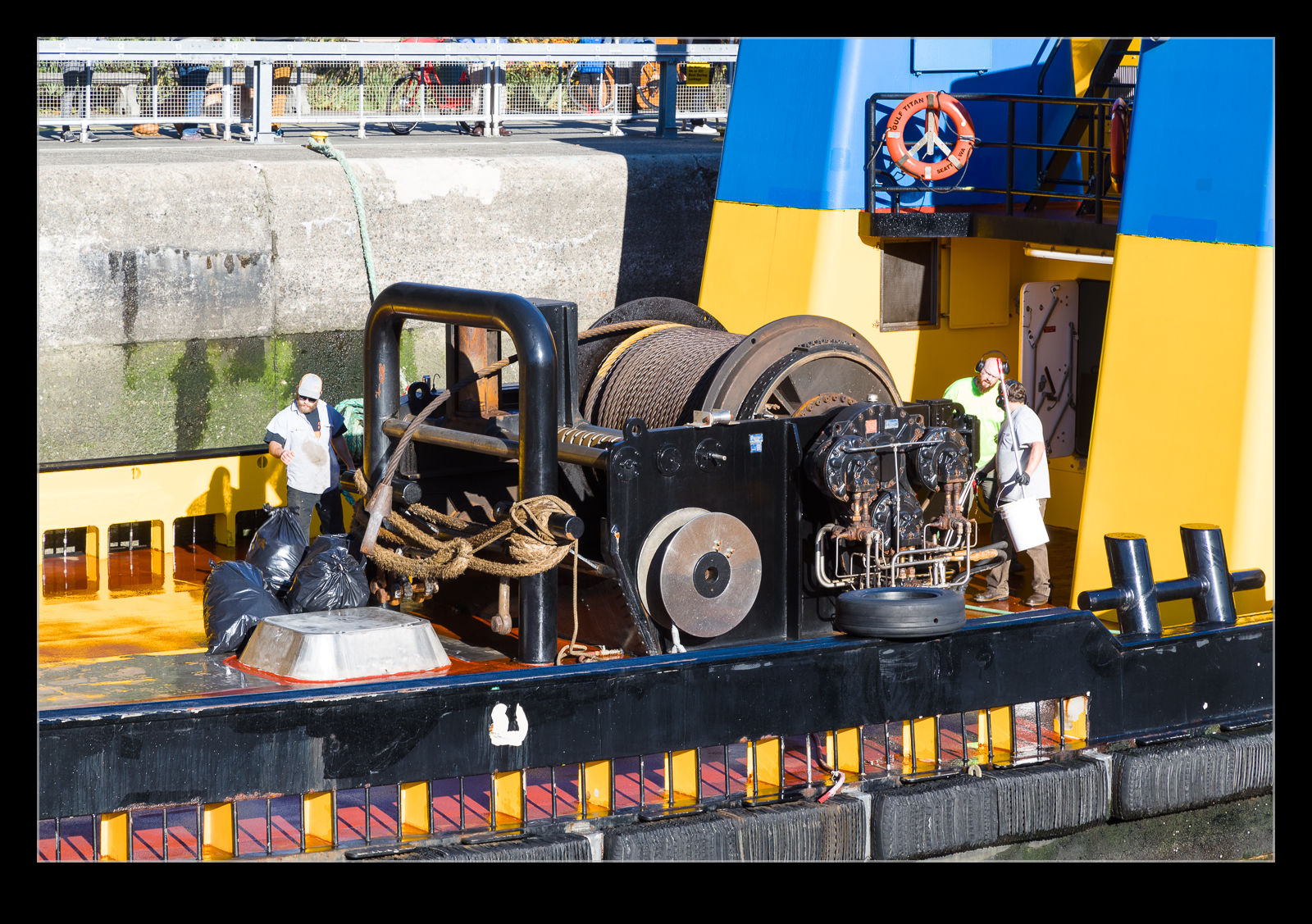 It was a tug returning from time out on the open ocean.  There are plenty of tugs in the area – many of which are not too big – but this one was a decent size.  No doubt there are larger ones for open ocean recovery of vessels but this was still impressive.  The crew was busy preparing for port.  Hosing the salt off the superstructure, greasing up exposed metalwork and gathering all of the trash.  They had to wait for a short while because the lock crews were still working the smaller lock.  Then they were summoned in.  A little burst of power from a tug this size can really get the water churning.  Since they needed the larger lock, the other waiting boats were brought in too. 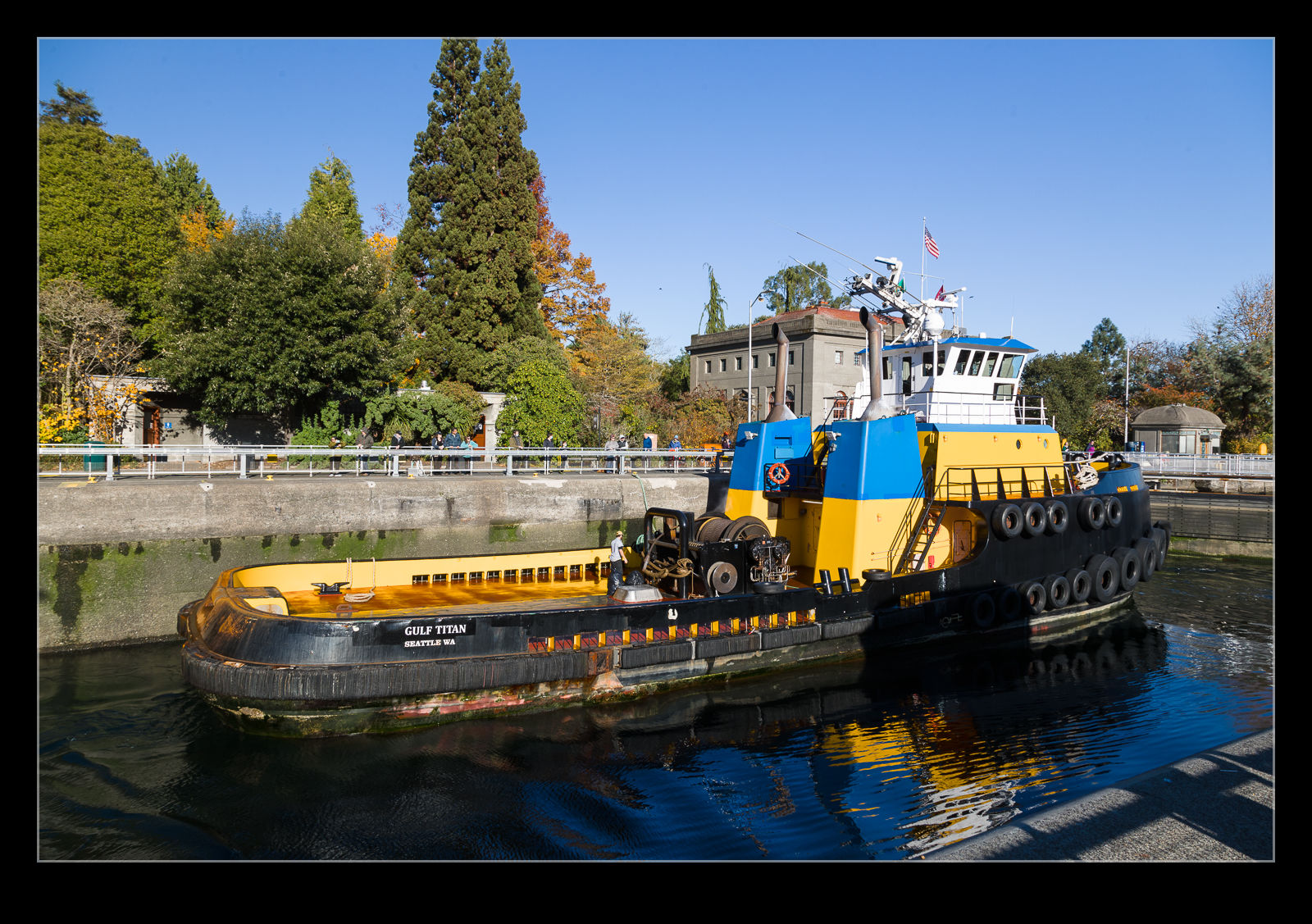 Once the water level was raised, the lock gates were opened and the water flowed through to finally balance things out.  The current whipping past the tug made it look like it was moving at some speed even though it was standing still.  Once cleared to depart, they pulled off gently.  Since a lot of small craft were behind them in the lock, they couldn’t just give it the beans or their wash would have bounced everyone around.  Instead, a delicate application of power and they were on their way.  Below is a little video of them to go with the stills.