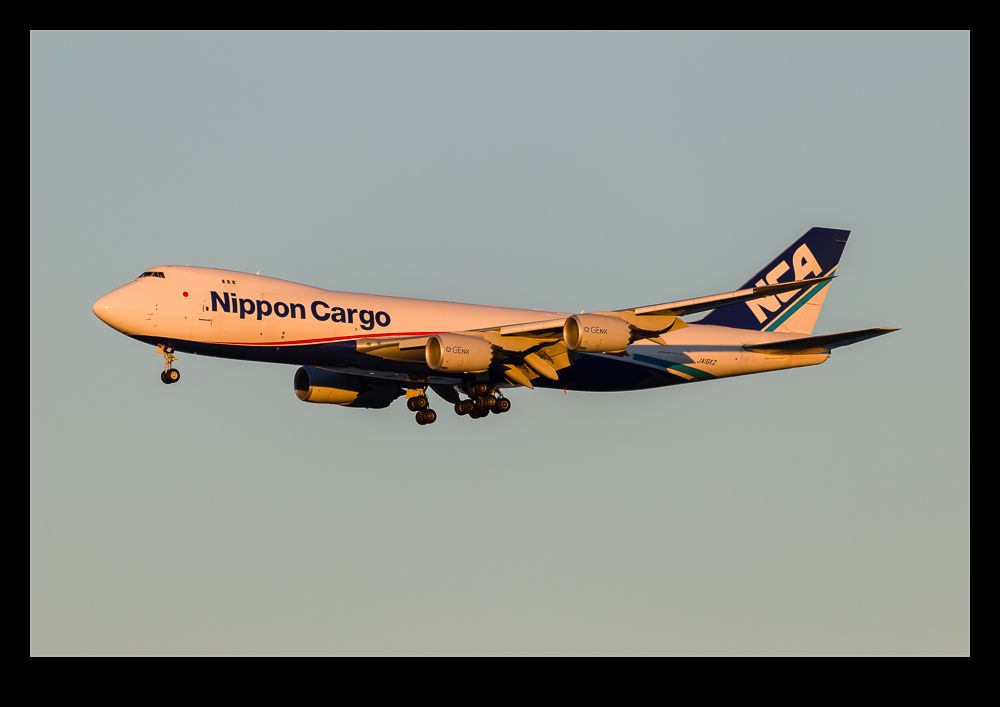 Today’s pictures involve a shout out to Roger Cain who was the one that let me know that this movement was happening. Nippon Cargo operates a regular service to SFO with their Boeing 747-8 freighter. Normally it arrives early in the morning and departs not long afterwards when the light is just coming up. This does not make for a good opportunity to get a good shot of it. For some reason, it was running late and was showing as due in to SFO shortly before sunset. 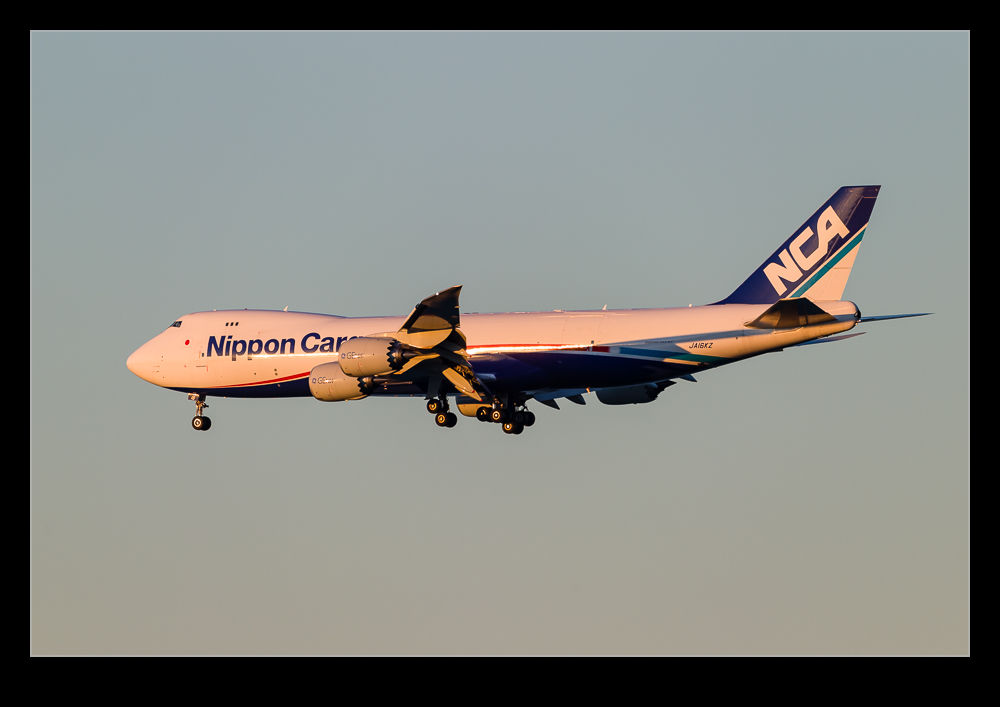 I was in the East Bay dealing with the replacement of a tire on my car. Roger called to tell me about it. What I didn’t know was a) whether I would be able to get across in time based on the tire being fixed and b) whether it would actually depart LAX, its previous stop, soon enough to arrive at SFO before it got dark. Driving across the bay to miss the light was not something I wanted to do. Both Roger and I were tracking the jet online and, as I got the car back, he called to say it was taxiing for departure at LAX. 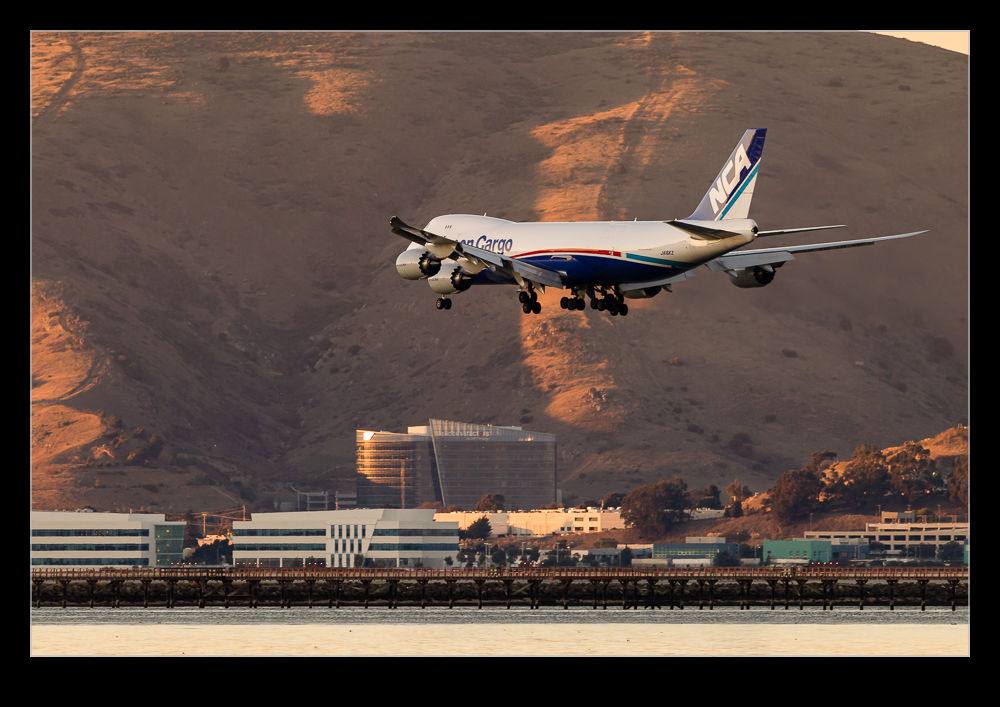 I headed across the bay and got to Roger about ten minutes before it was due to arrive. The light was beginning to go down but it looked like it would work out okay. Sure enough, it came into view just before the sun went below the hills. We got some really nice light on it. I continued to track it to touchdown but, by the time it got to the runway, it was already in shade. It was that close!