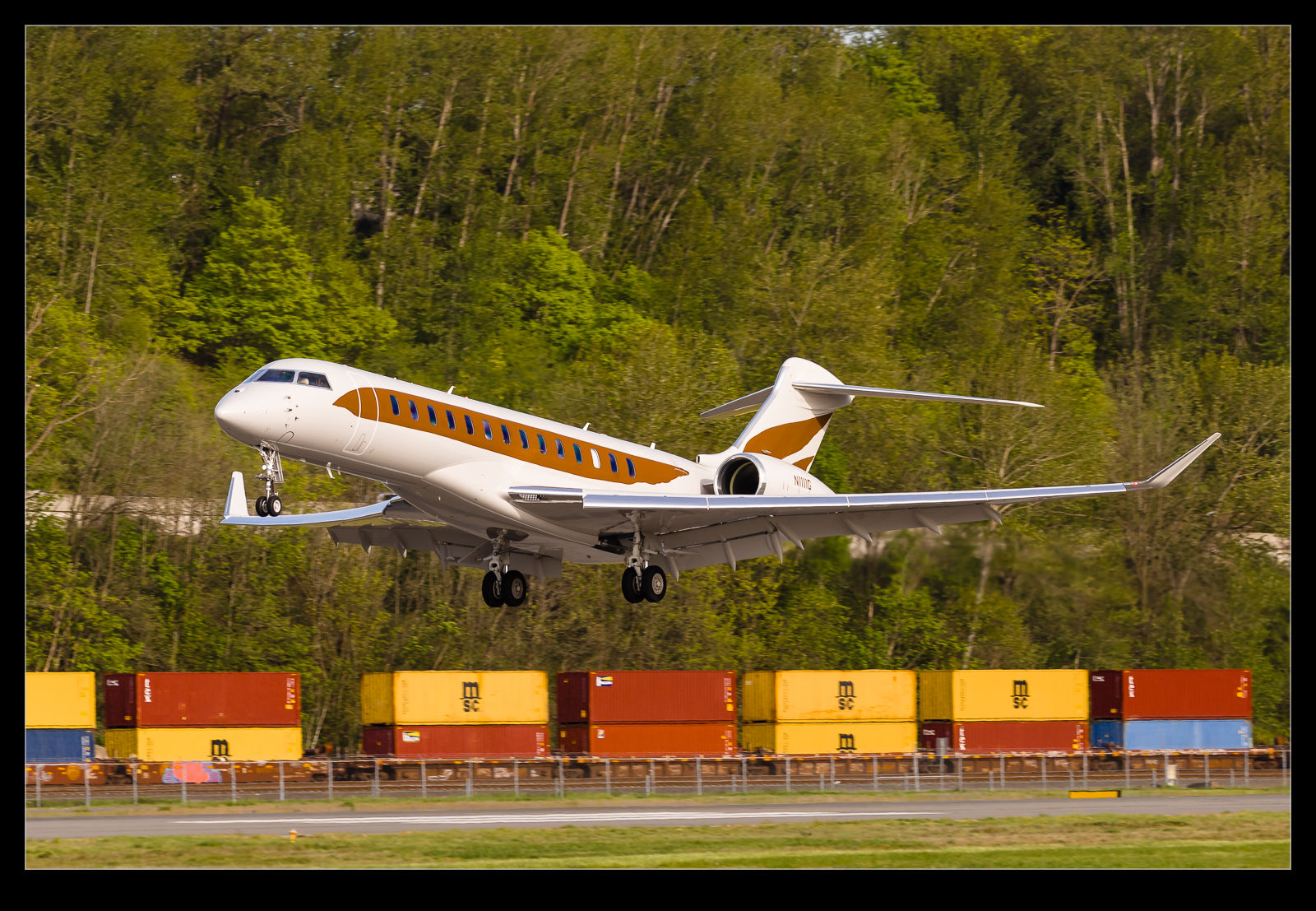 The Global 7500 has been around for a while now but I have only shot one in flight.  I did see one on a ramp but I was keen to see another in motion.  Fortunately, one evening, an example was coming in to Seattle before heading off across the Pacific.  Since these jets have incredible range, I assume it was picking someone up or dropping them off since it could easily have made the trip in one step. 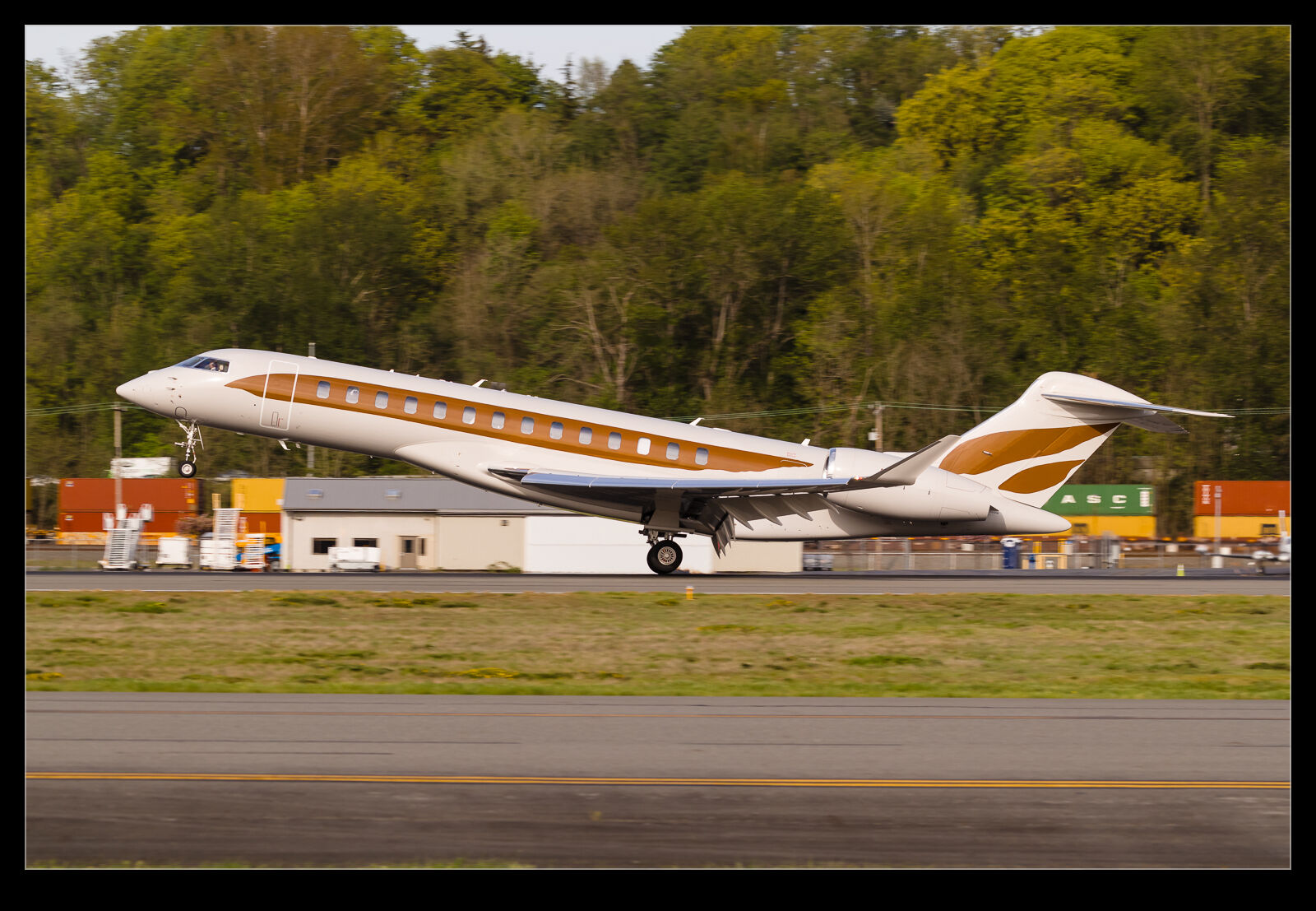 This one was slightly better than average because the owner had decided to paint it in a scheme other than plain white.  It had a couple of brown swoops along the side.  Makes for something a little more interesting.  I went with a relatively low shutter speed but, since I was keen to get the shot, I wasn’t quite as brave as I had been with less interesting jets.  I kind of wish I had taken it a bit lower.  Maybe next time. 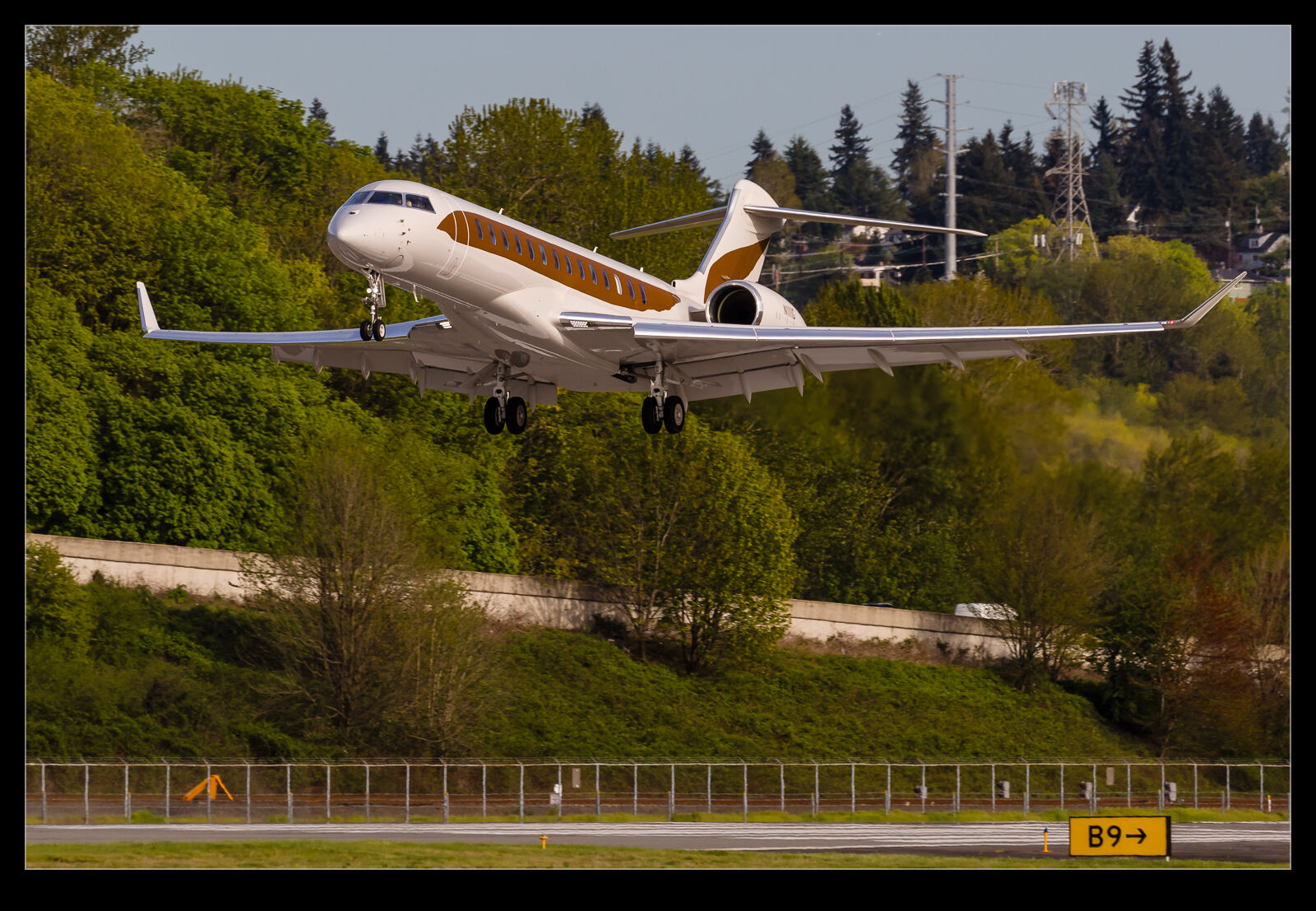