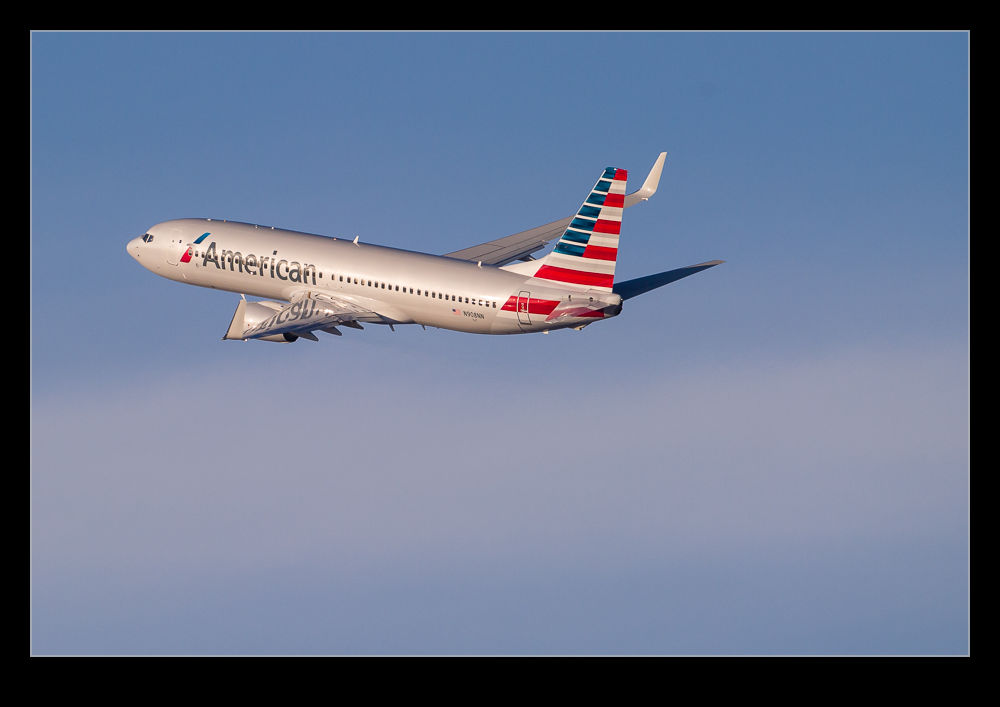 Having heard a lot of comments about people’s views of the new livery American Airlines has adopted, I was reserving judgement until I had seen it myself. When I first saw images online, I was not bowled over with it but I was not appalled as some people seem to have been. Given the boring nature of many liveries these days, I thought it was a little different from the norm and certainly not cause for offense. Of course, there were plenty who thought the exact opposite.

I have now had my first chance to see it for myself and I have to say my opinion is much the same. I was lucky in this instance that I got to photograph it just before the sun went down so it was bathed in some very favorable light. Even so, I think it looked okay. You will make your own decision of course. In time, we will forget this discussion ever took place!

1 thought on “New American Livery – Not That Bad”