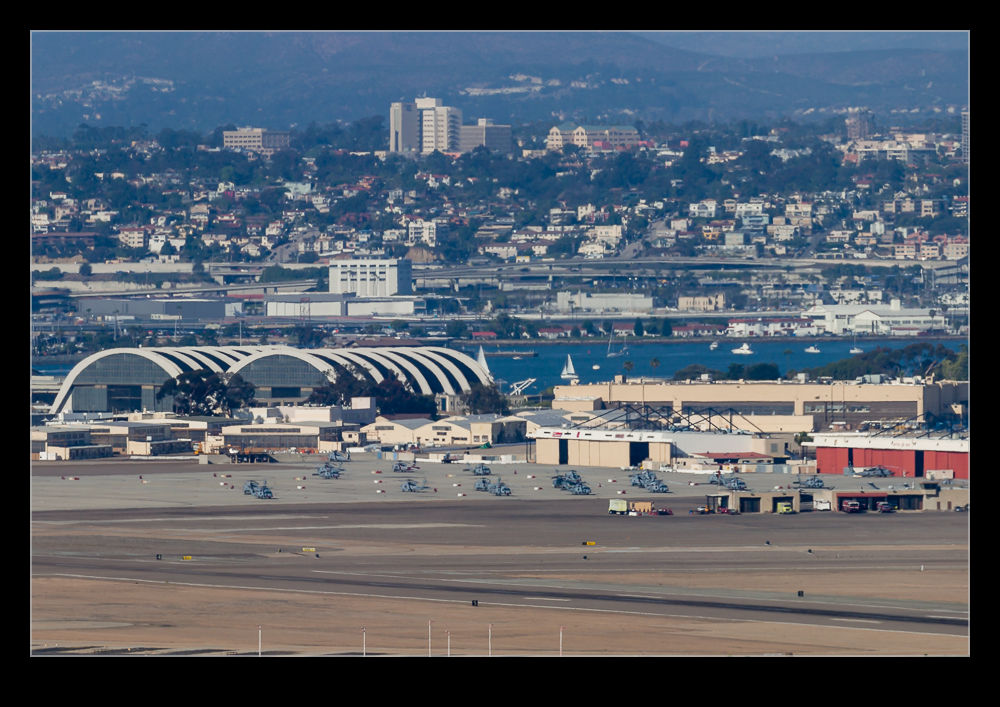 The north end of Coronado Island is the home of the US Navy’s NAS North Island. Home to a lot of helicopters as well as an overhaul facility for F/A-18 Hornets, it also seems to have a lot of transient traffic. We were on vacation so I was not going hunting for airplanes. I even managed to not have the camera to hand as we walked along the water when an MH-60 came heading towards us. I have had some crummy luck when trying to shoot at North Island in the past anyway. 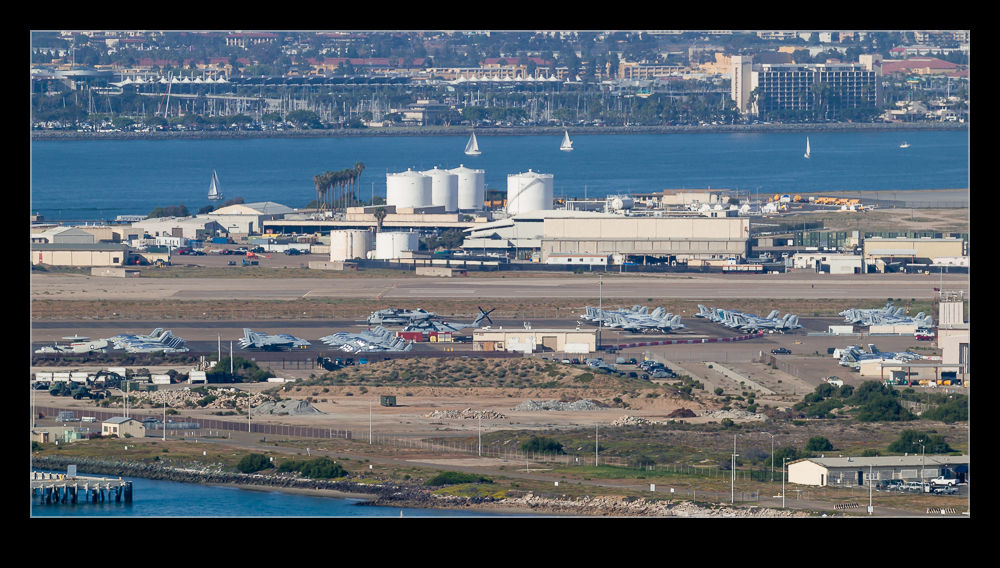 However, when we were up at Cabrillo National Monument, we had a great elevated view of Coronado with the station laid out in the foreground – relatively speaking. Shooting long range is not going to get great shots but the haze was relatively controlled and the light at that time of day was starting to be on your side. I got a few shots of the base as a whole which give you an idea of how it is laid out.