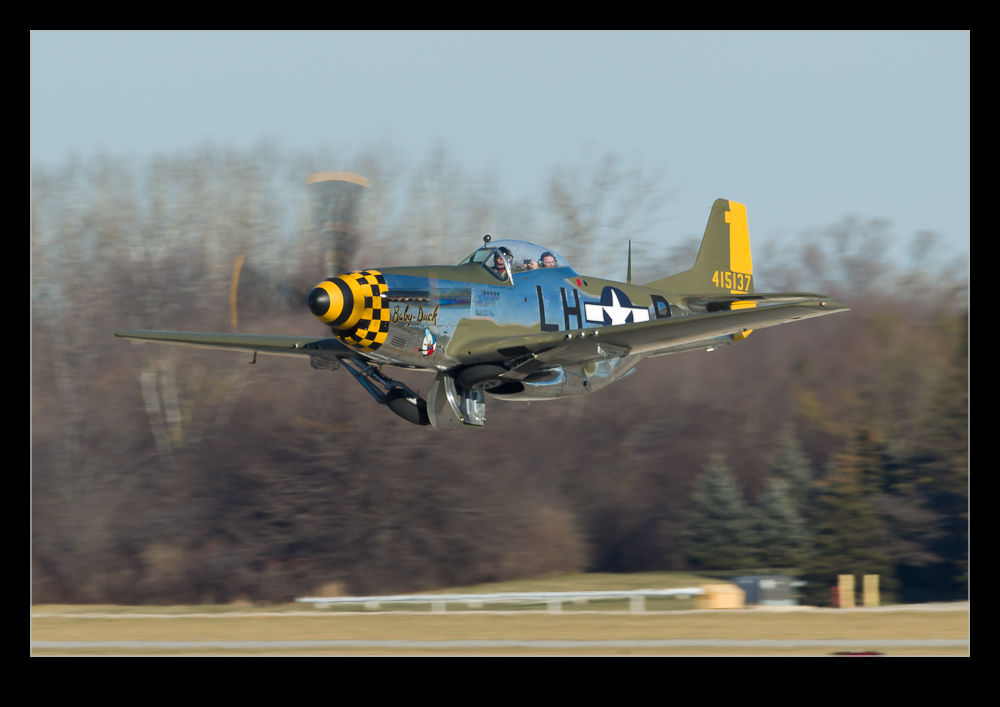 Some days things are just looking like they will be good.  The Warbird Heritage Foundation have their newly restored P-51 Mustang, Baby Duck, ready for flight.  Before they can do too much with it, they need to get some hours on the engine.  Consequently, they have had Vlado Lenoch coming across to fly the aircraft when possible to build the hours. 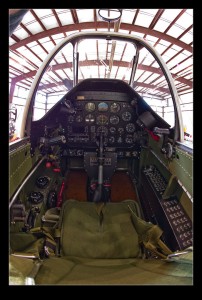 I knew that they had intentions to fly in the week before Christmas but I didn’t know exactly when.  However, the weather was crap for the majority of the week.  When I saw a  good forecast for Friday and I had some free time, I decided to take a chance and head on up to see if anything was happening.  If not, it was still a nice day to be out and about!

As it was, not only did the guess prove to be accurate, I got a bit luckier than even I had expected.  Baby Duck was out on the ramp when I arrived which was a good sign.  Indeed she would be flying and Vlado was coming to fly her.  What is the easiest way for Vlado to get there?  In his P-51 of course.  Paul also was planning on flying one of the other aircraft that day as well.  Bonus! 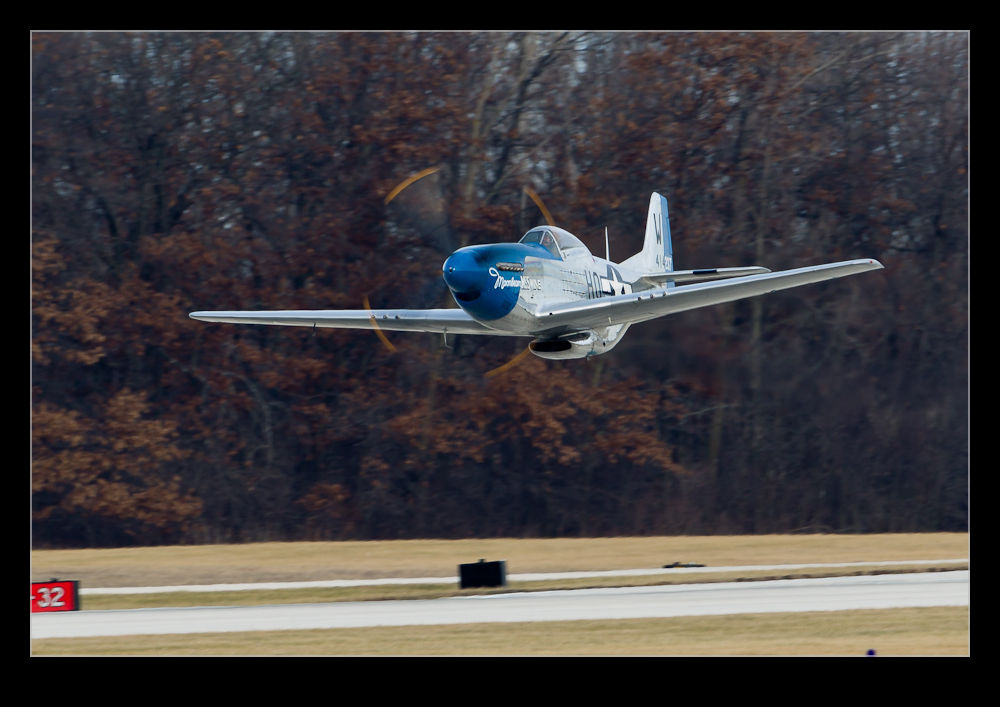 Vlado showed up and got ready to fly the Duck.  I scooted across the field to be in a position for good light and angles and it wasn’t long before Vlado was taxiing out.  A few other aircraft movements kept me amused while he headed out to the departure end.  Before I had left the hangar, I had foolishly suggested to Vlado that he keep it low on departure.  That was a pretty redundant thing to say.  Vlado certainly kept the aircraft in a good position for me as he came past and he built up speed before turning it into height. 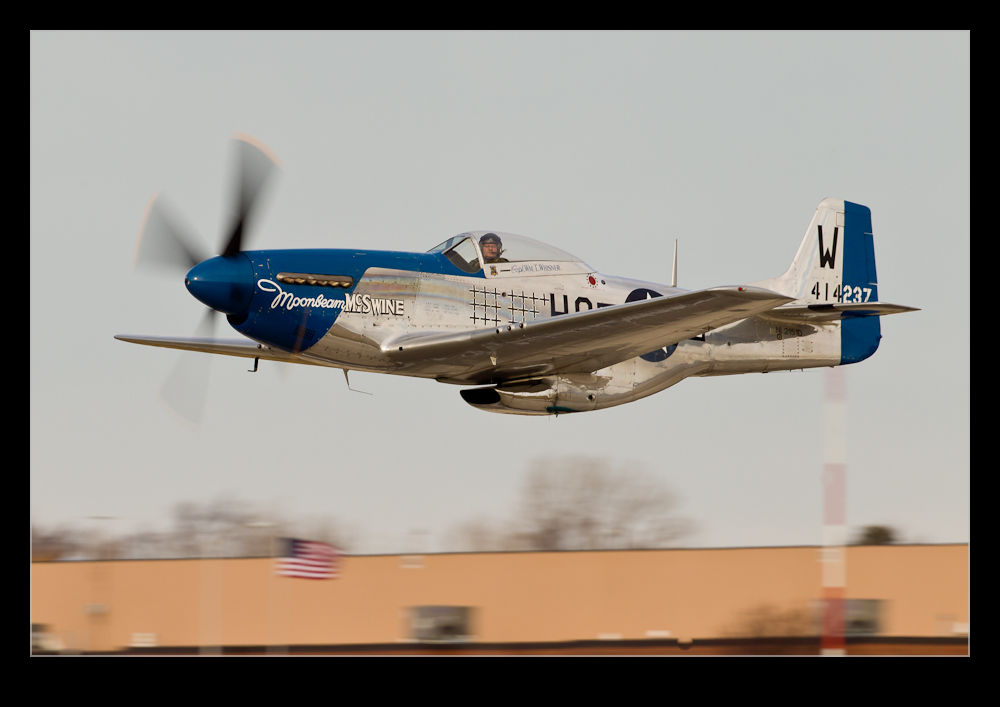 I headed back since we didn’t know how long they would be out.  They actually landed away so were gone for quite a while.  Chris Doud had been in the right place to bag the back seat so he was having a great time. 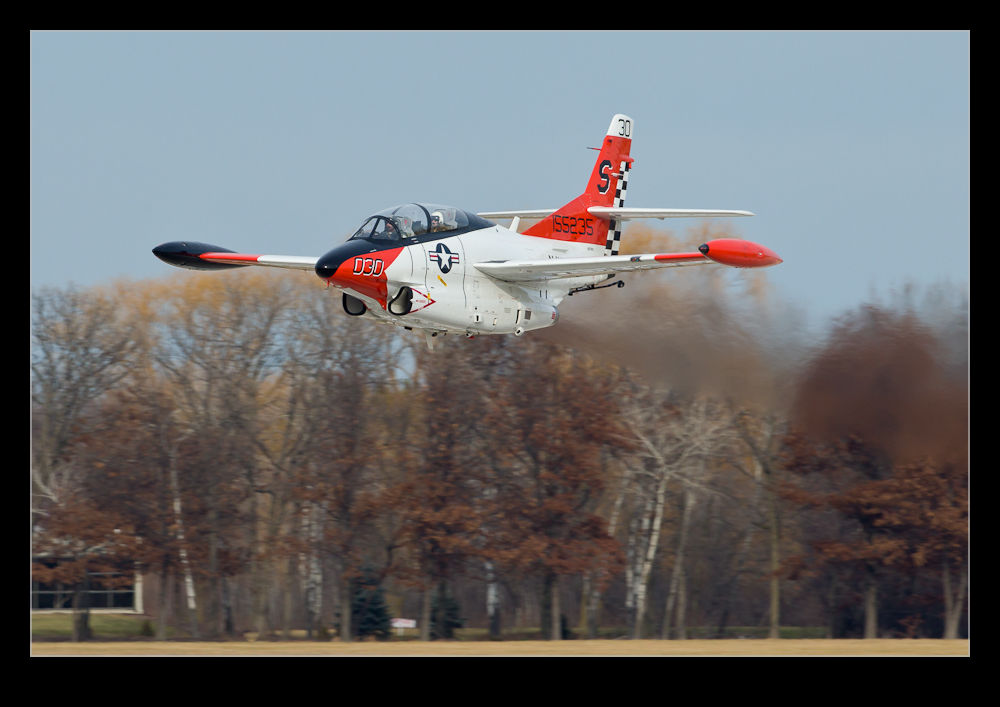 When they got back, Paul had a chat with Vlado about how the flight had gone and then got ready to take the T-2 up for a run.  Vlado was also heading home in Moonbeam McSwine so I made a second run across the field to get the departures again.  They ended up heading out close together.  Both provided sporty departures so I was considering the day a very productive one. 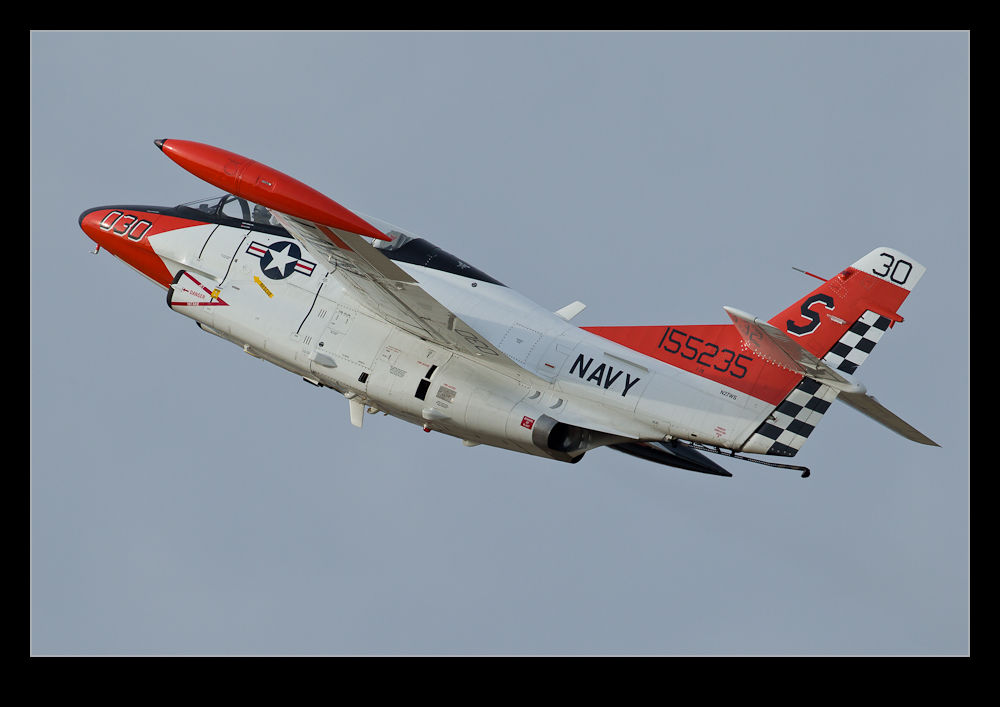 I headed back to the hangar to await the return of the T-2.  They broke back into the pattern and landed so some taxi in shots and then a few pictures of a very happy back seat passenger made for the end of the day.  Time to head back to Chicago and enjoy all the traffic could offer on the last day before Christmas!