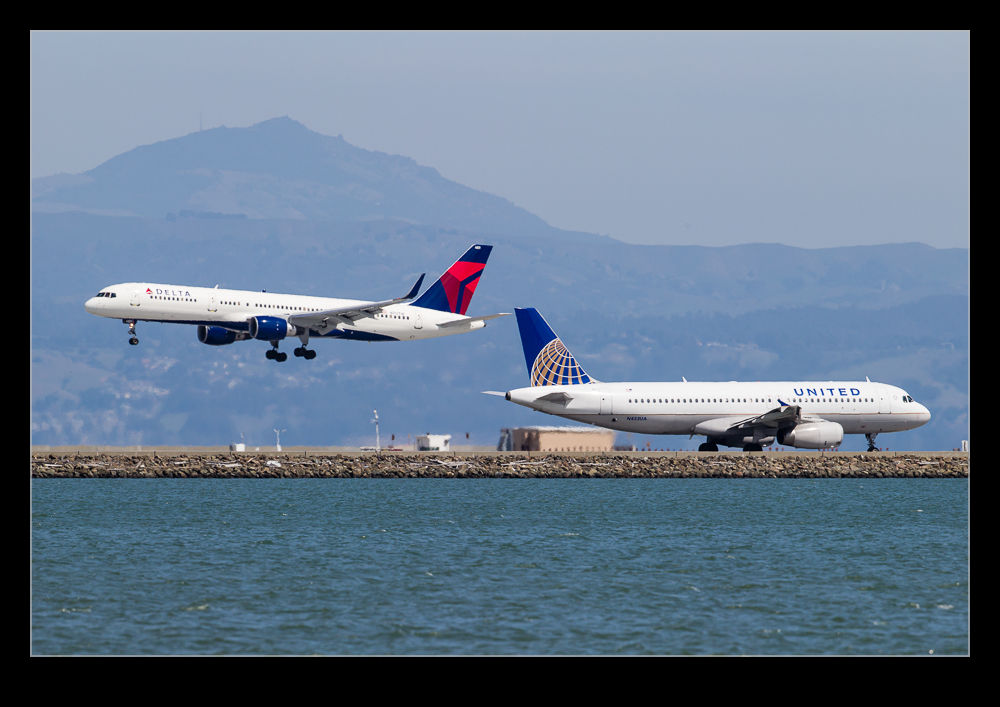 The head on shots weren’t the only ones I got at SFO.  Rather than go to Coyote Point, I decided to hang around by the Bay near the airport.  Here you don’t get as close to the aircraft but you do get to see them land and also hope for a parallel approach or two.  One problem with being further away is heat haze. 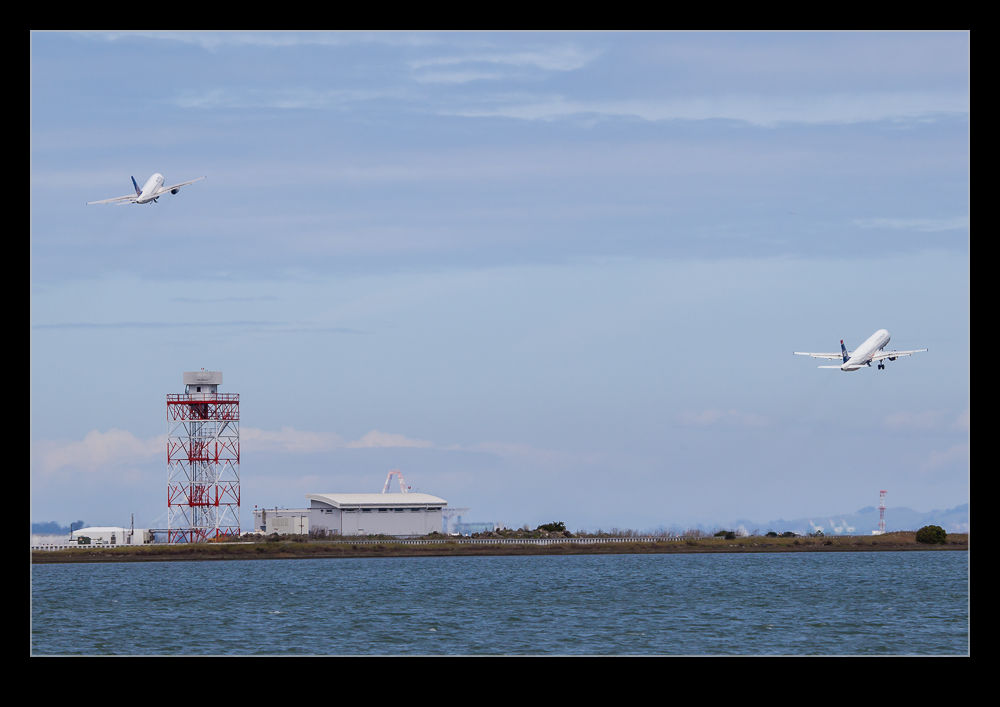 I thought I might be okay on this trip.  It wasn’t particularly warm (although the sun was out) and the tide was in so, rather than mud flats between you and the planes, there was a lot of water which means less heat haze.  However, I guess the power of the sun was going to win.  Haze was a lot more of a problem than I expected and the shots are okay but not terribly usable. 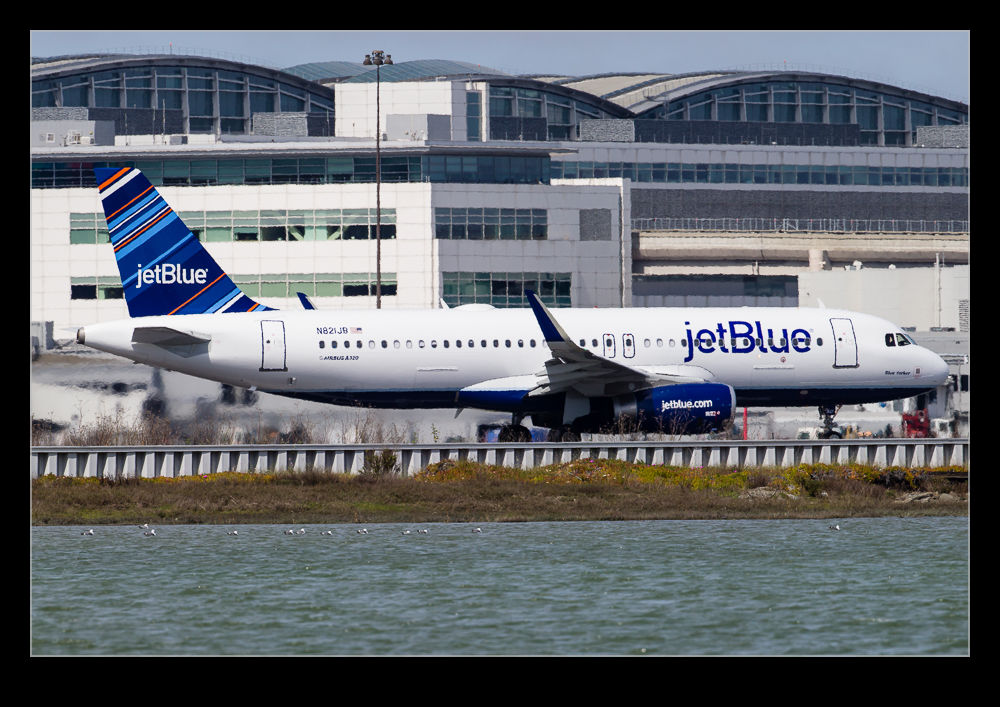 However, it was nice to spend some time out in the sun watching planes so I can’t really complain.  There were a few interesting things to see including the first JetBlue A320 fitted with Sharklets and a United 737 in a retro Continental scheme. 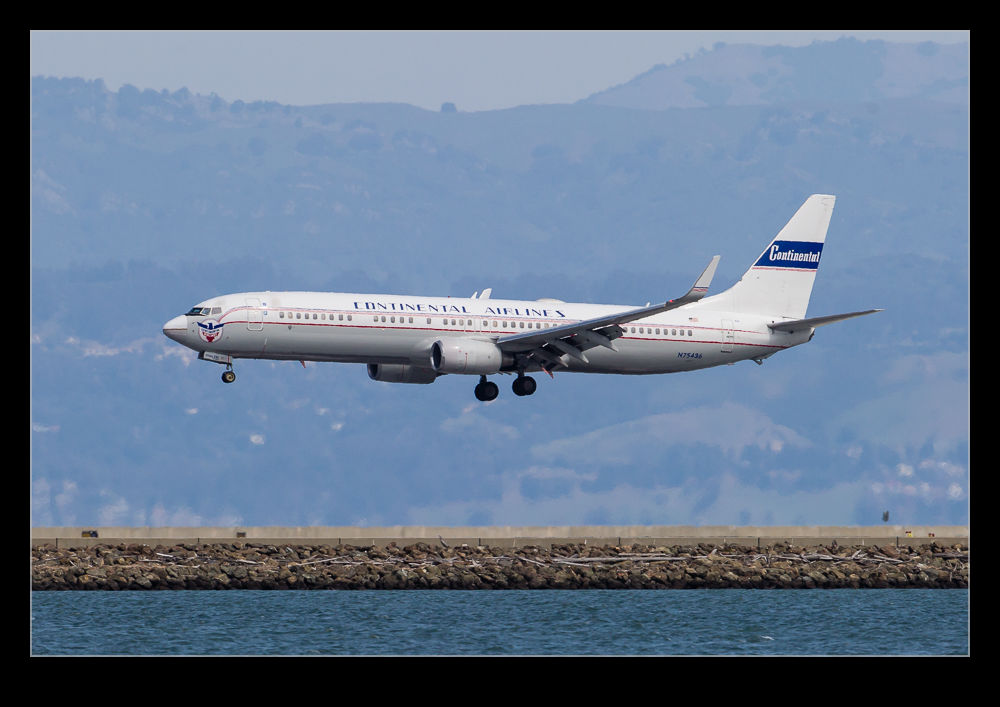