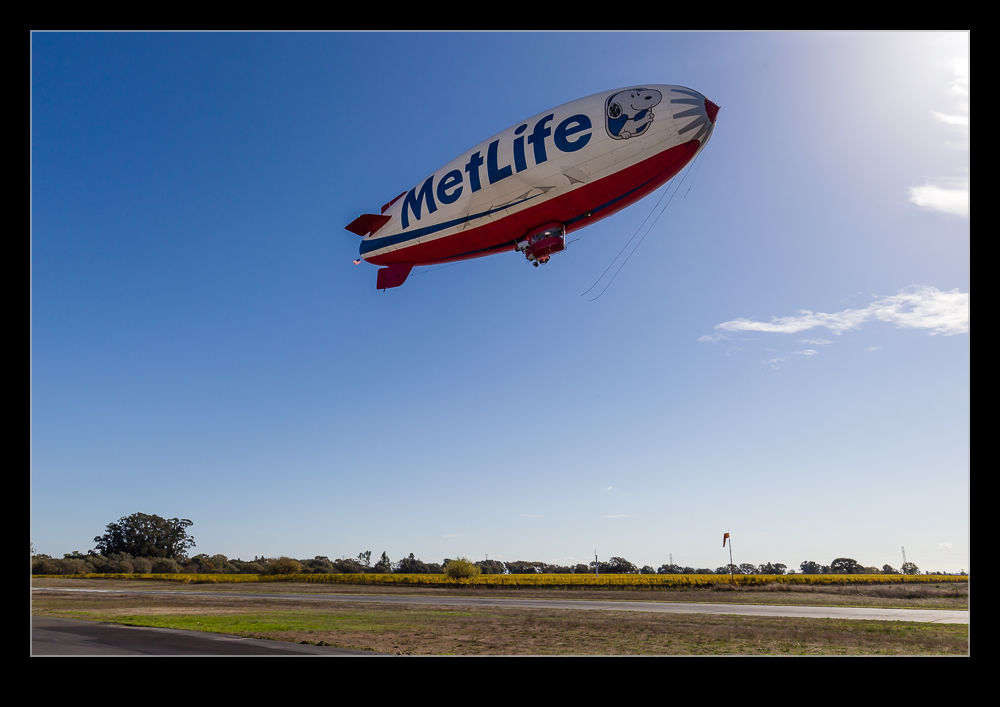 We have had the MetLife blimp flying around our area a lot recently.  I don’t know what brought it to us.  It may have been tied to some sports events or perhaps it is just a campaign for brand awareness.  The blimp has been based out of Livermore Airport near us.  Nancy had seen it at night over there lit up when she drove past. 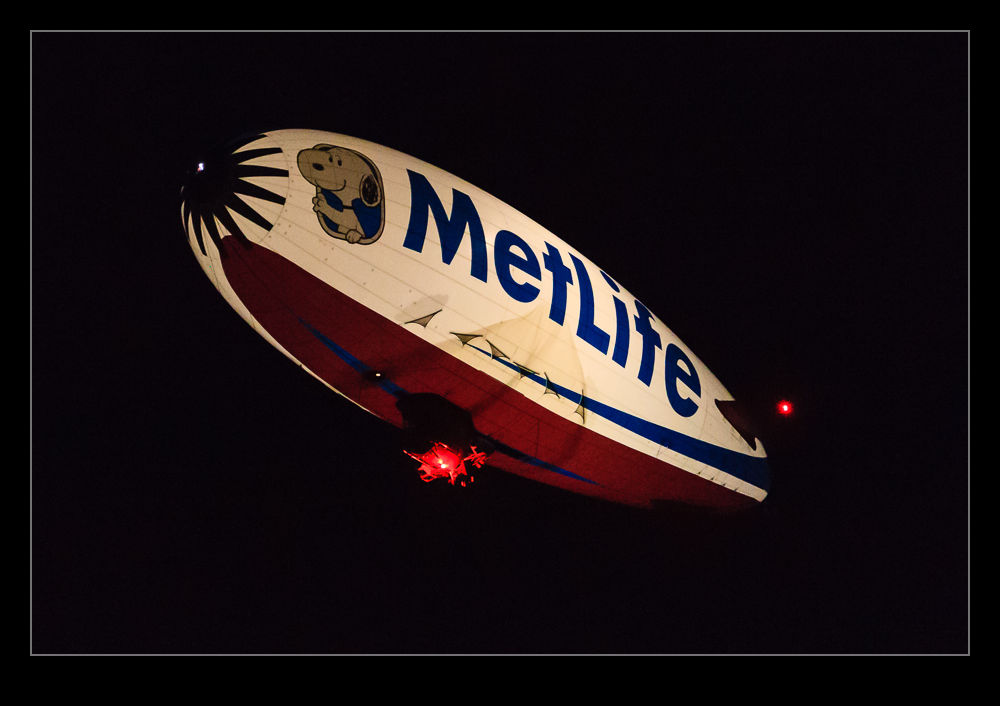 Then we had it flying one evening.  I had seen it previously just before sunset but I wasn’t ready to get a shot and by the time I was, it had gone.  Shame because the light was great.  Then it showed up at night.  It was pretty dark so I had to really take the ISO up.  My camera has pretty good high ISO capability but nothing like the current generation of bodies.  However, it did a reasonable job. 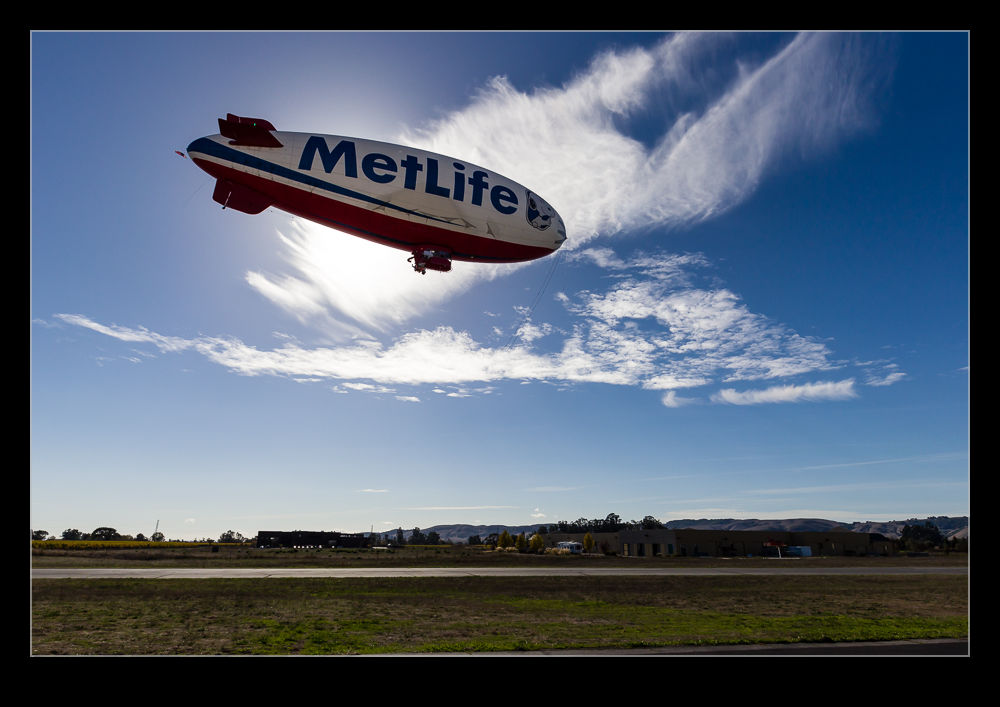 Next time I came across the blimp I was up at Sonoma.  I heard an odd noise and thought it might be a helicopter.  However, Skypark does not allow rotorcraft.  Instead it was the blimp shooting a low approach.  They weren’t on the banned list so I guess it was okay!  The climb out was quite dramatic! 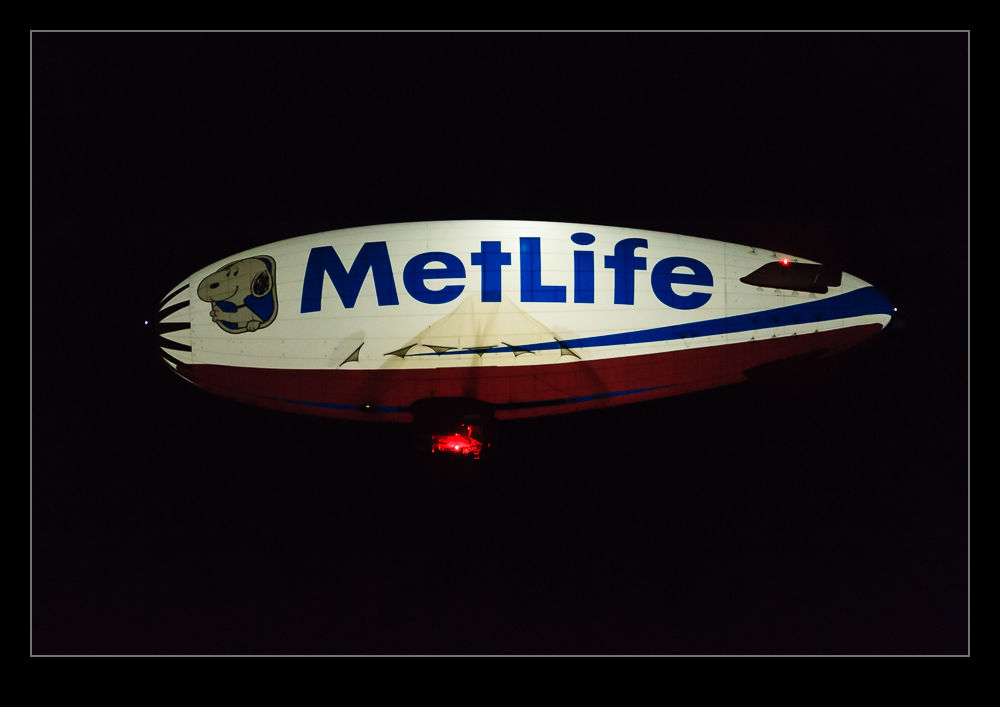