A while back I posted shots of the sea lions at Moss Landing. Since then, their numbers have done a further job on destroying the dock at the entrance to Elkhorn Slough. They are now squeezing themselves onto what remains. They also find other docks or the backs of boats on which to take their rest. Interestingly, they didn’t appear to venture into the slough itself. They were all gathered in the entrance area with quick access to the open sea. Whether they have a territorial battle with the harbor seals or just don’t like the water that way I don’t know. However, it is safe to say the smell around what remains of the dock is pretty ripe when they are about! 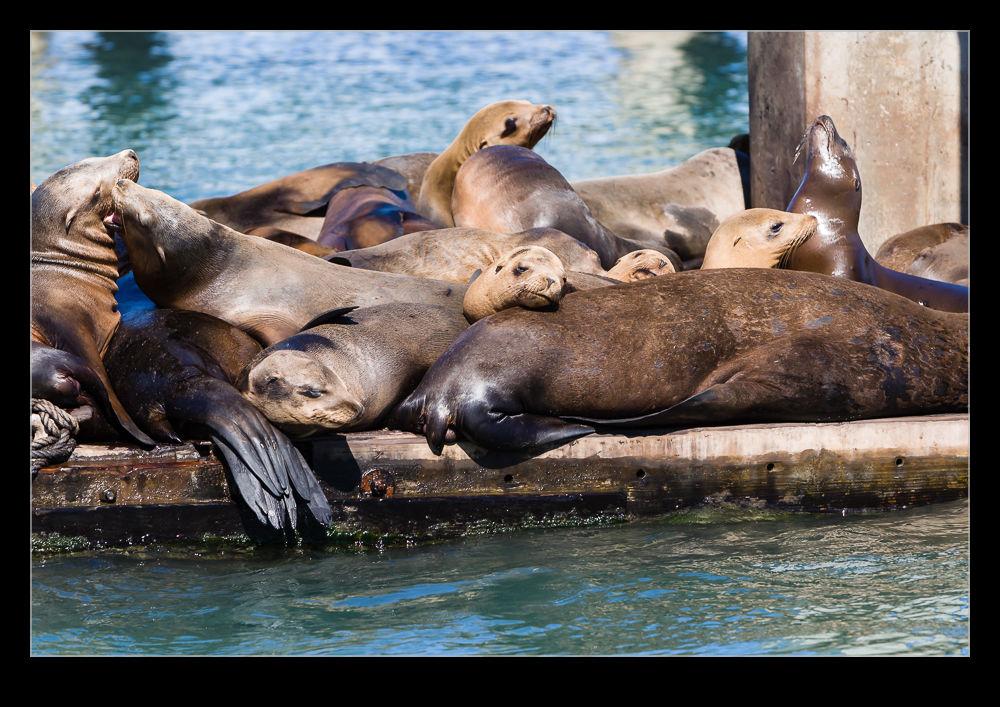 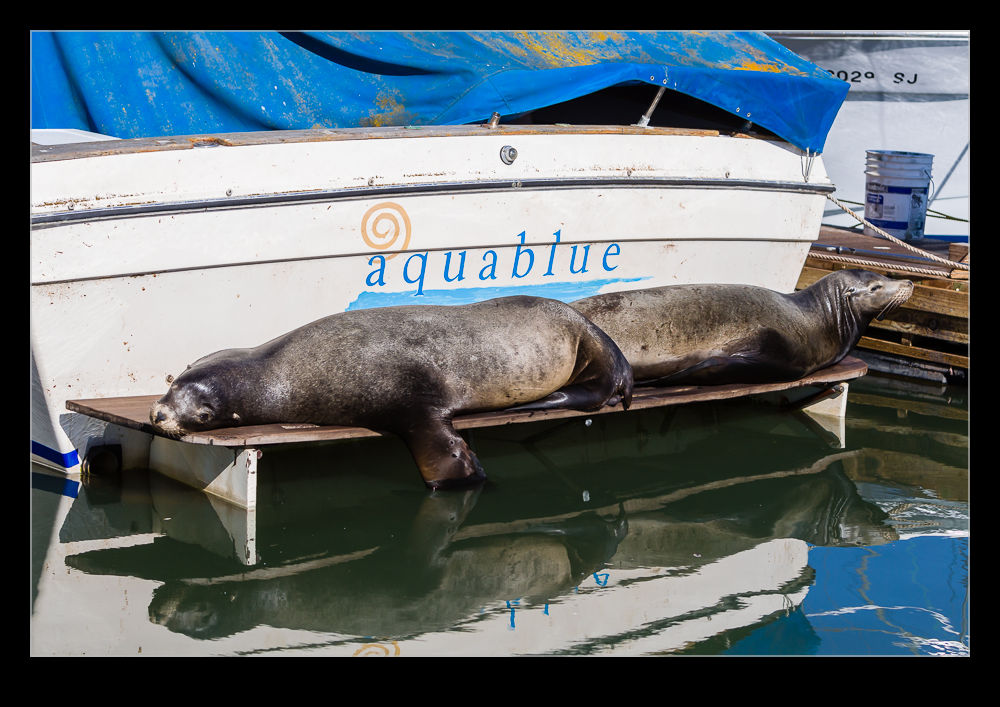