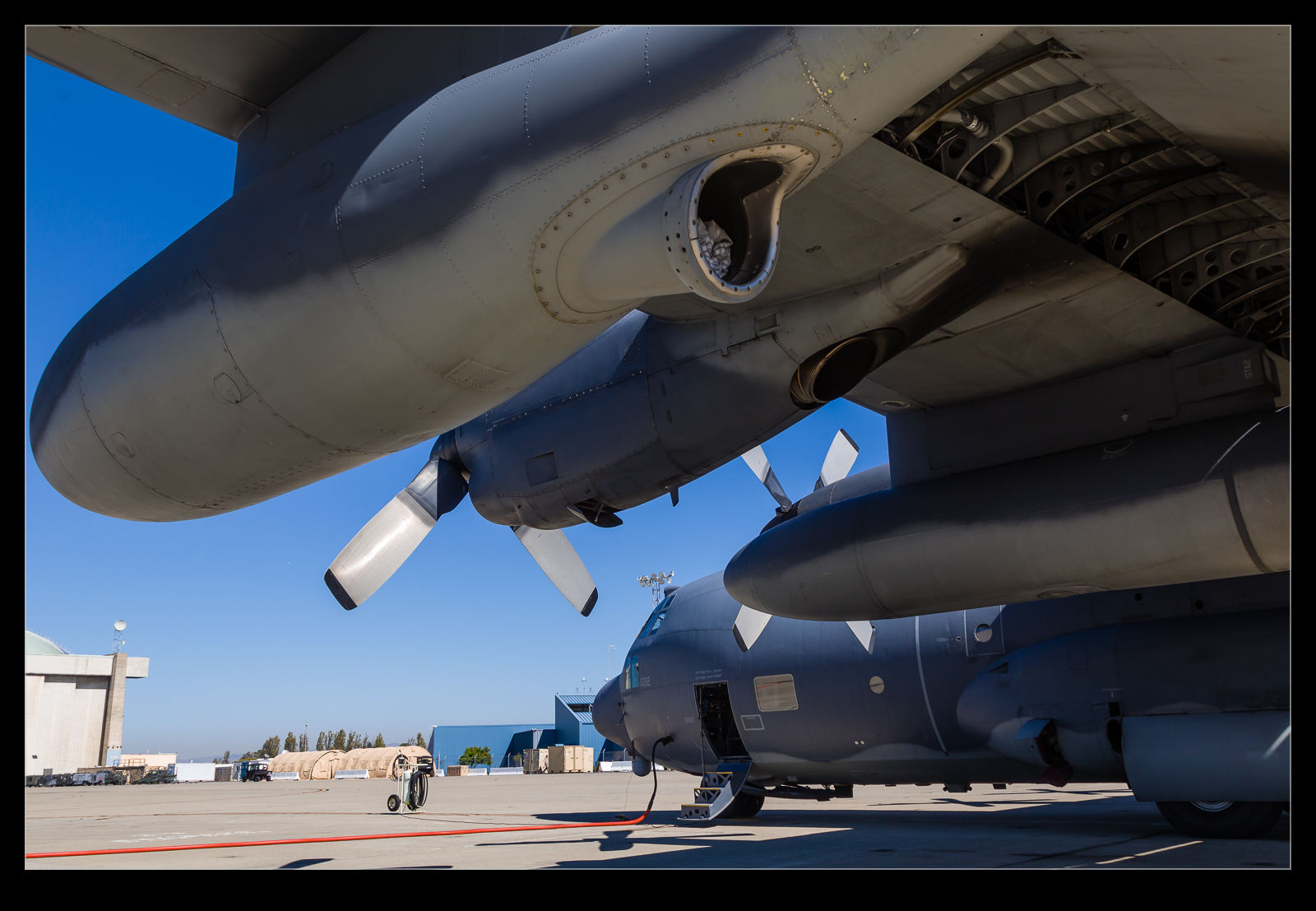 In this previous post about the hangars at Moffett Field, I mentioned that I was there to cover an exercise.  The MC-130s were a big part of the exercise.  They were loading up and launching down to remote landing strips on the California coast.  The holds were full of equipment including off road vehicles.  Loading these up was a tight fit.  While the crews spent time getting everything ready to go, I was reasonably free to wander around the airframe and get some shots. 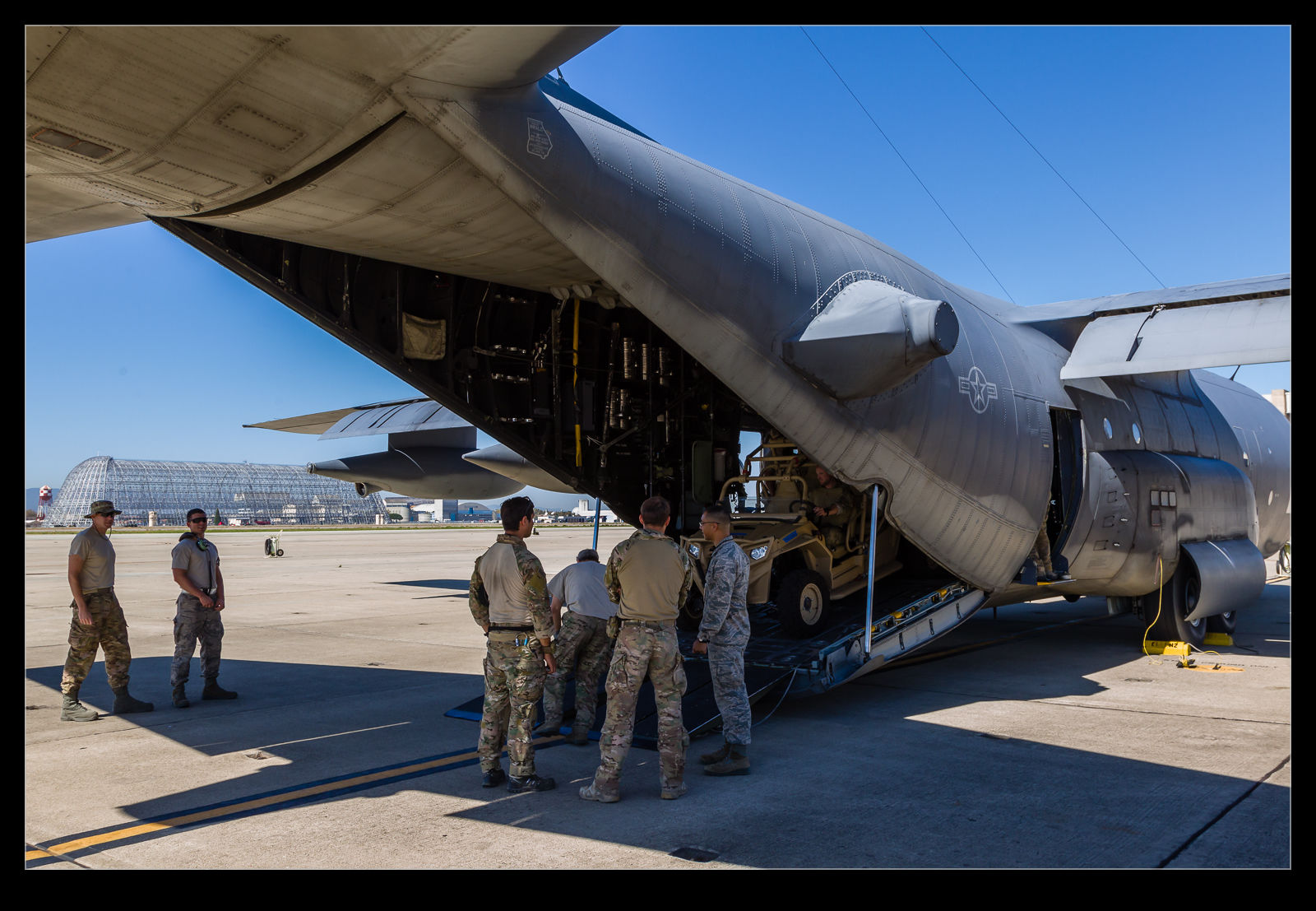 Here are some that I got that day.  These were some of the oldest Combat Shadow (and maybe Hercules) airframes around at the time and I suspect that they have been replaced by now, I think by Combat King J models. 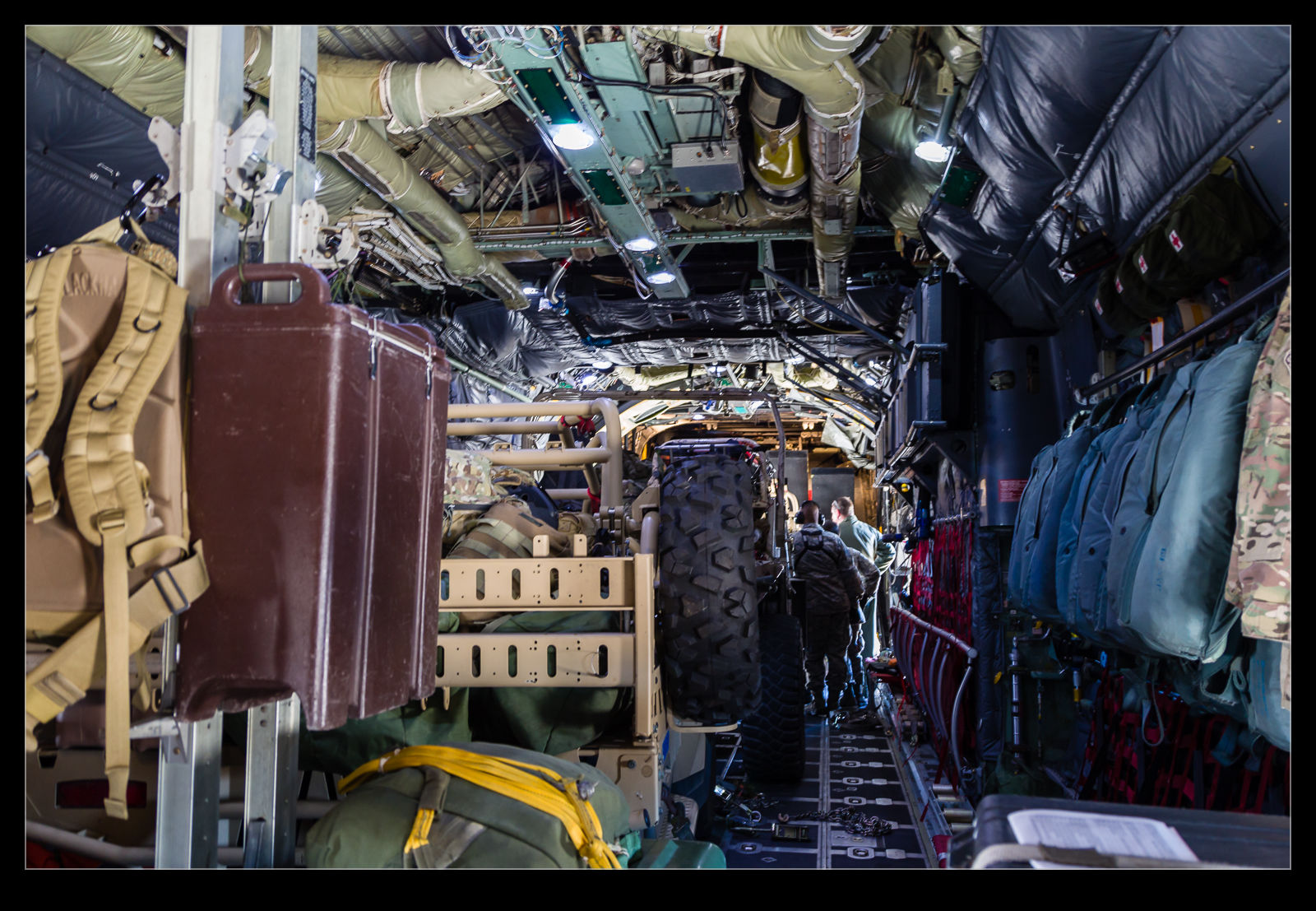 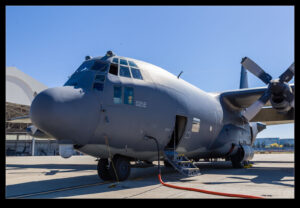 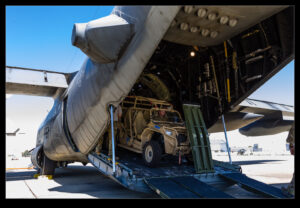