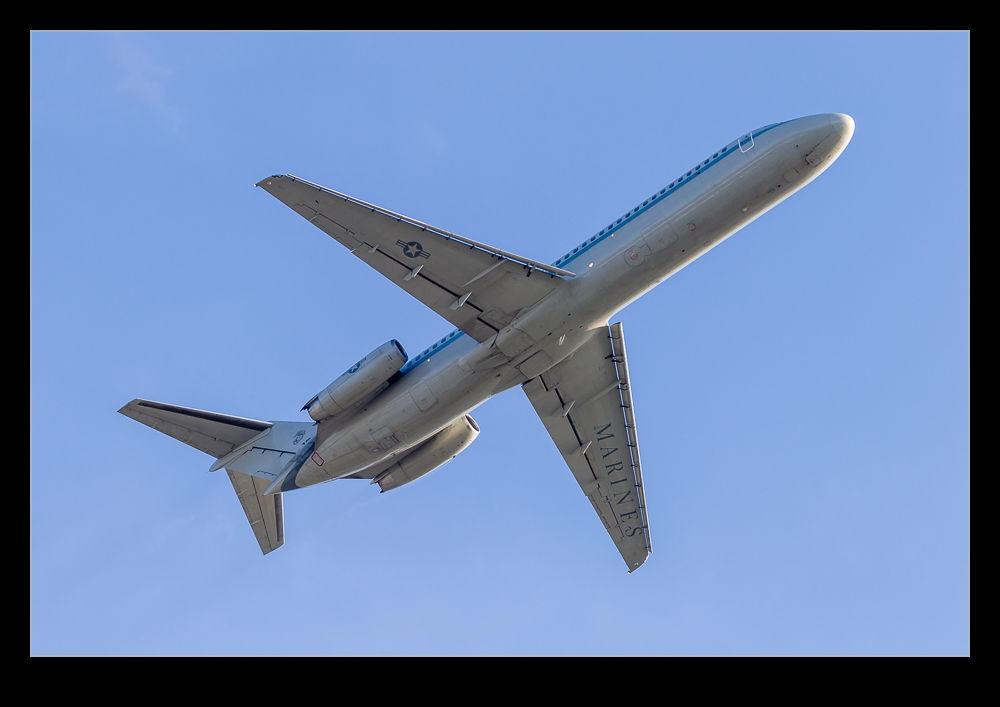 If you had asked me whether the McDonnell Douglas C-9 Skytrain was still in service, I would have said no.  Used by the Navy and Marine Corps, the fleet had been wound down as C-40 Clippers were introduced.  I thought that they had all gone by now.  You can guess, then, that I was rather surprised when I saw one at SFO.  Two aircraft were on parallel approaches – one a Delta 757 and the other appearing to be a DC-9/MD-87/Boeing717.  I wasn’t paying a lot of attention but parallel approaches are always worth a shot so I was taking pictures when I realized that the aircraft was a C-9B Skytrain in Marine Corps markings.  The conditions were a bit heat hazy but I wasn’t going to miss this. 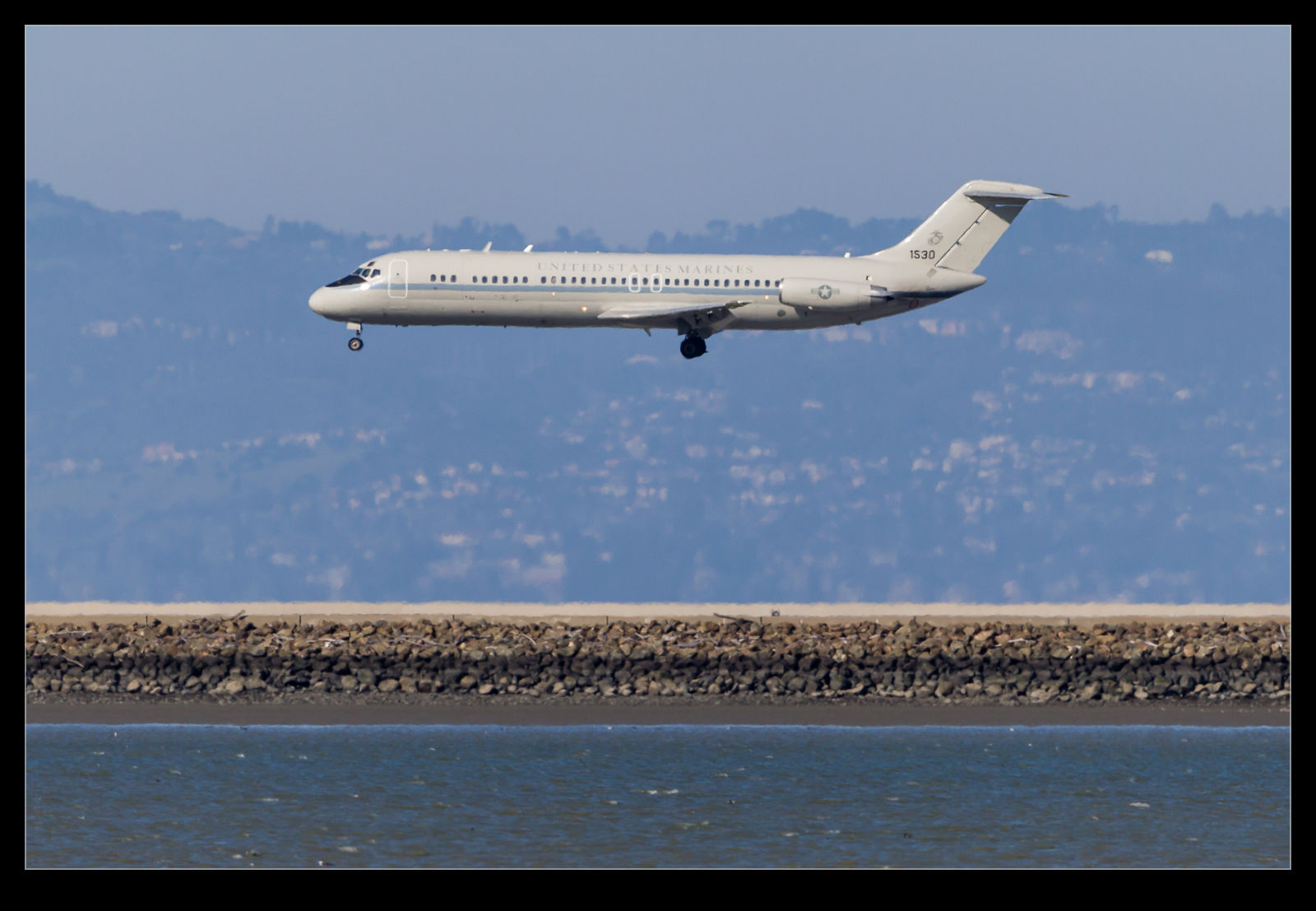 I grabbed a bunch of shots as it landed and felt rather pleased with the turn of events.  I then stopped thinking about it.  A little later I moved around to the other end of SFO to get some head on departures of some of the widebodies that were due out.  You don’t get many narrowbodies taking off on the 28s unless the wind is particularly strong down those runways.  One or two will use it but not many.  I saw a narrowbody start its takeoff roll and almost ignored it AGAIN! 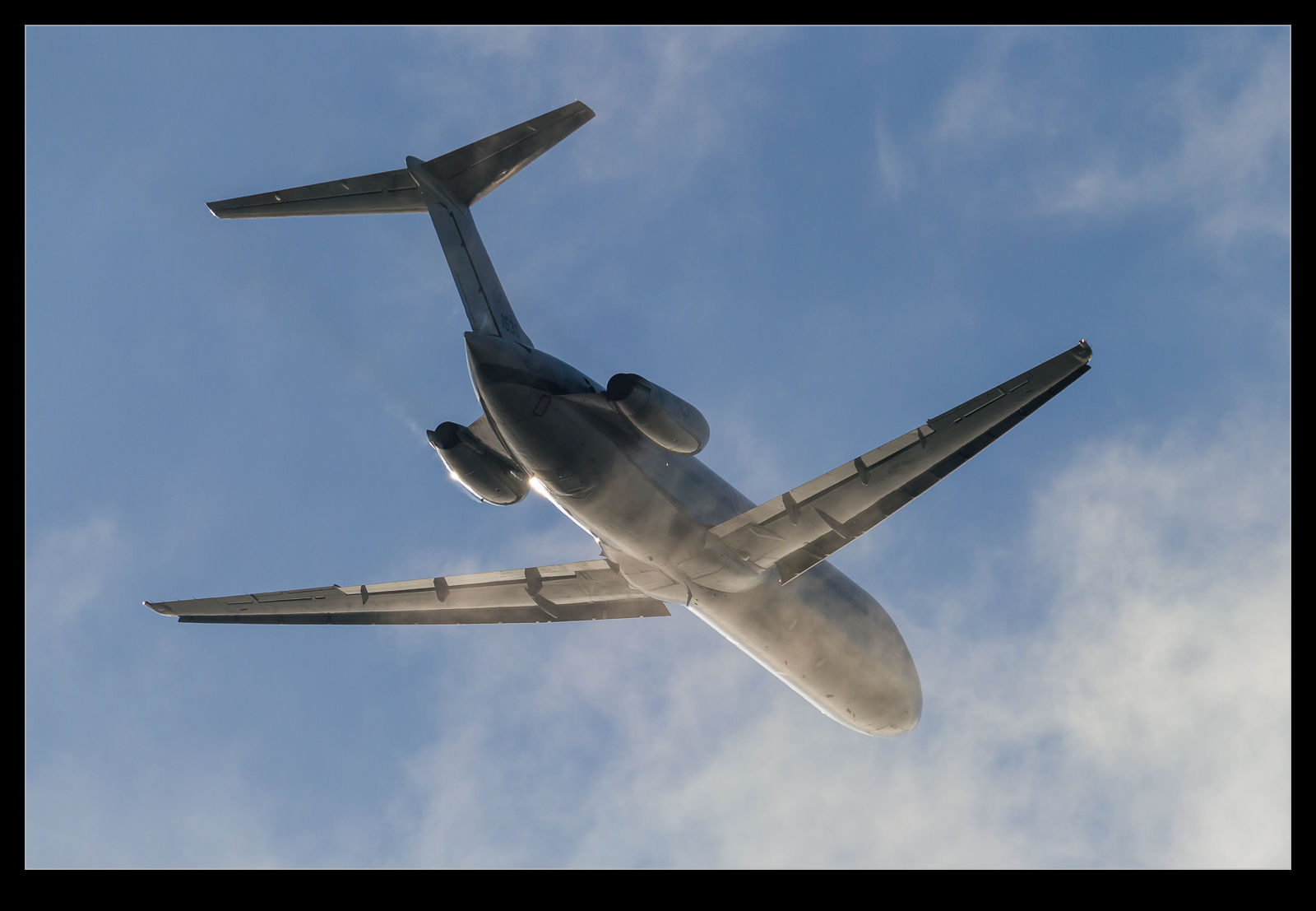 However, I did end up trying some shots and then realizing as it got closer that it was the C-9B again.  I guess it was just my lucky day that I had two opportunities to miss it and didn’t either time.  As it flew overhead, I was able to get some far better angles on it than were possible when on approach.  I also got to experience the noise levels that jets of this vintage came with.  I did a little research afterwards and apparently only two jets remain in use with the Marine Corps and all Navy and Air Force examples are retired.  This one is a rare one indeed, not least because it is based on the east coast.  No idea how long they have left but this was certainly a fortunate encounter.