The number of train routes in Tokyo is substantial and the lines run through many of the neighborhoods.  Having been there for a long time, the towns have grown up around them.  Roads cross them on back streets and there are footpaths that cross the tracks too.  As I walked up to Shinjuku, I cross the tracks at one of these crossings. 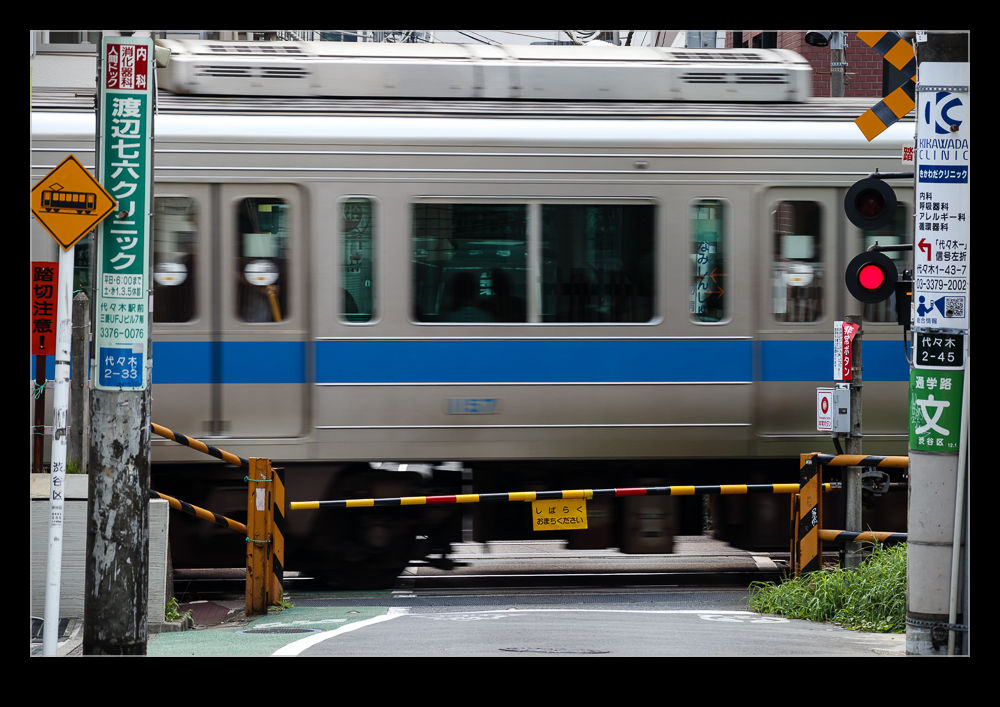 Making the crossing was not a problem but you did need to pay attention.  The track was double and the trains came every couple of minutes.  When the alert sounded, a sign accompanied it with an arrow showing the direction the train was going.  This was very helpful in ensuring you didn’t think the train had gone and you could start to cross only to find a train coming the other way.  I actually had to wait for three trains as, by the time the second train had passed, a third was coming from the original direction.  They really do come that often.  Looking up to the station, I could see a train in the platform with another one slowing as it approached the station.  Trains really are the dominant form of transportation in Tokyo from what I saw. 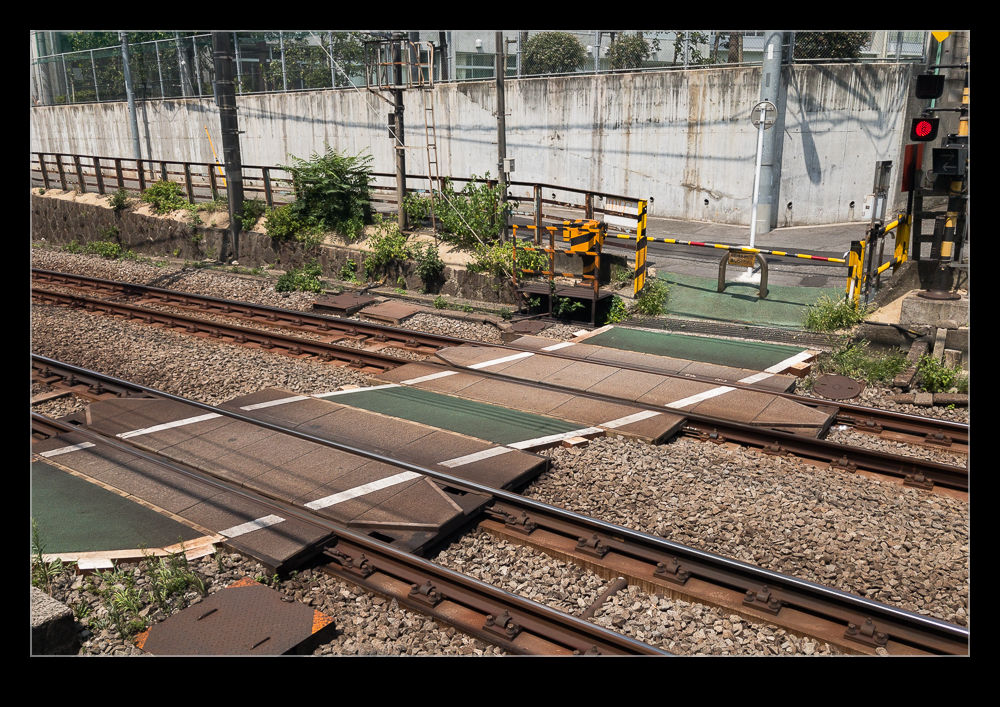