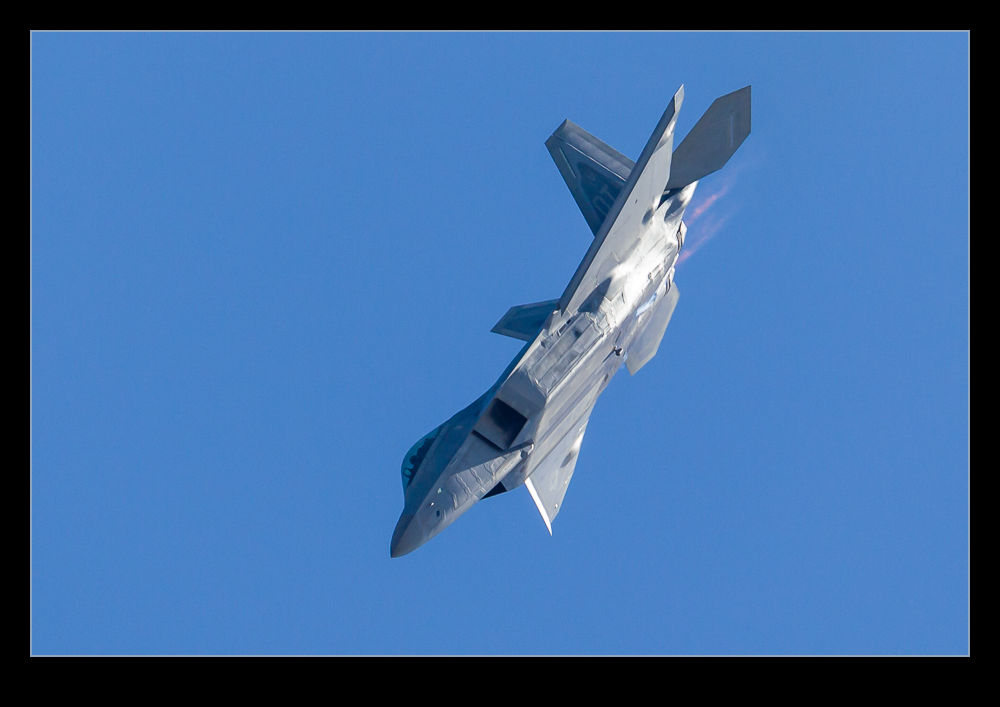 It might be a long time ago that I did anything closely related to the engineering of fighters but there is still a part of me that is a stability and control type of guy. Watching the control inputs and responses of planes is cool as far as I am concerned. With the advent of fly by wire designs, there was considerable scope to play around with the use of the control surfaces to achieve different aims. With no direct linkages to the stick, the pilot can be totally unaware of the choices the system is making for control combinations. 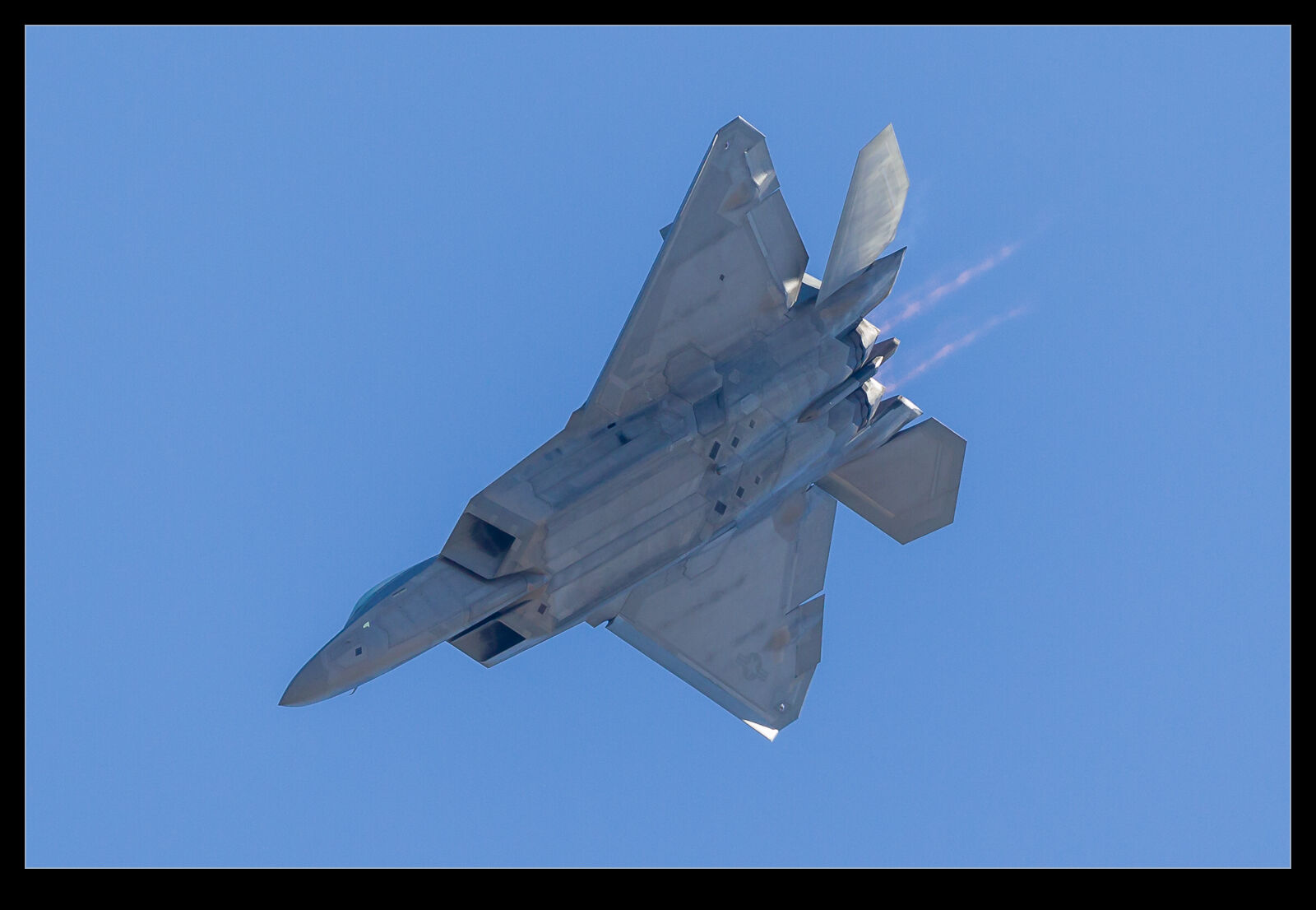 The engineers may have chosen to program the trailing edges to have different deflections inboard and outboard to offload the outer portion of the wing for example. The F-22 makes use of a variety of interesting control inputs. For example, it doesn’t have a traditional speed brake. I assume this was removed for stealth reasons. Instead, the control surfaces move counter to each other. You may have inboard flaps going down and outboard flaps going up. The moments cancel out but all increase drag incrementally so the effect is like having a speed brake deployed.

Since the aircraft is also unstable, you may have tail deflections that seem at odds with the maneuver being flown. During the Chino show, the usual routine was flown (usual for an F-22 but not many other jets) and, as I look through a bunch of the shots, I see some quite unusual control inputs. If you are in to such things, these may appeal to you. Gary, are you reading this?